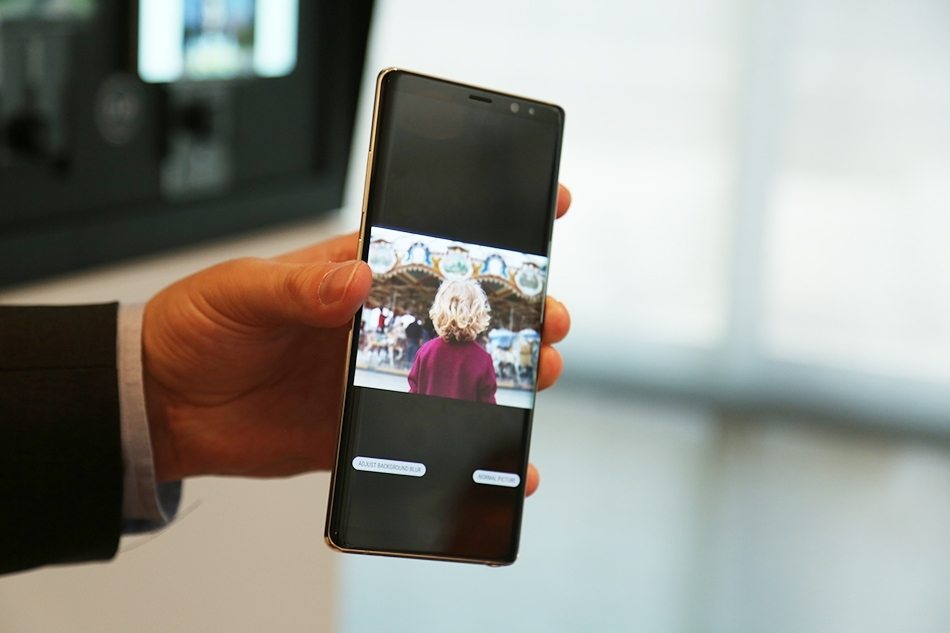 Samsung Galaxy Note 8 finally released yesterday afternoon. It’s considered as the strongest Android flagship till date and luckily it won’t explode or will it? Anyways, we already have Samsung Galaxy Note 8 hands-on images with us. Looking at the real images, the flagship is an absolute beauty.

The Note 8 continues the same Full-screen trend like in S8. In comparison with Galaxy S8, the phone is more robust; the corners are no longer that much curved but a bit pointy. The chassis is still the hybrid of metal and glass, aluminum alloy covered with a glass coating. 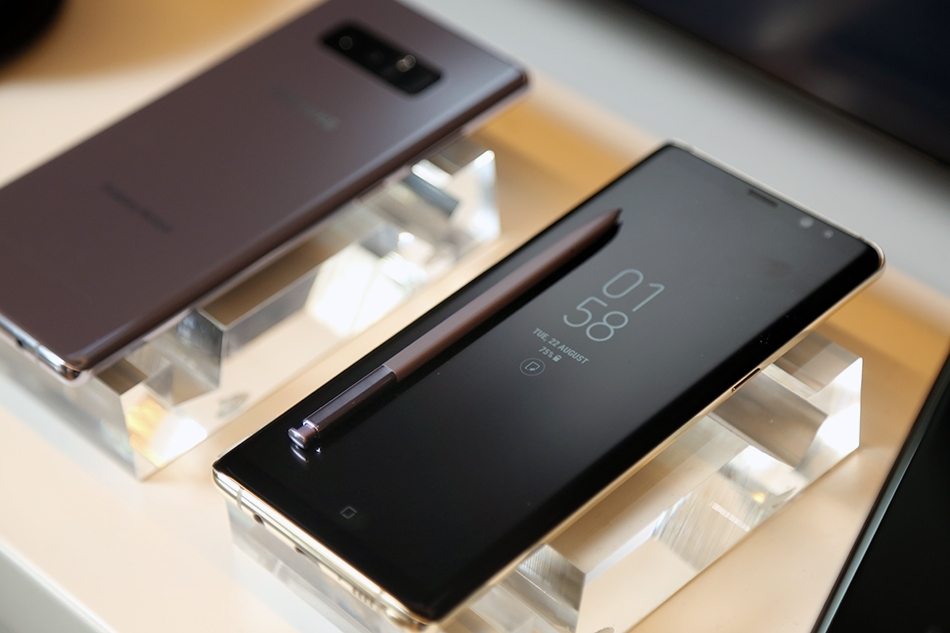 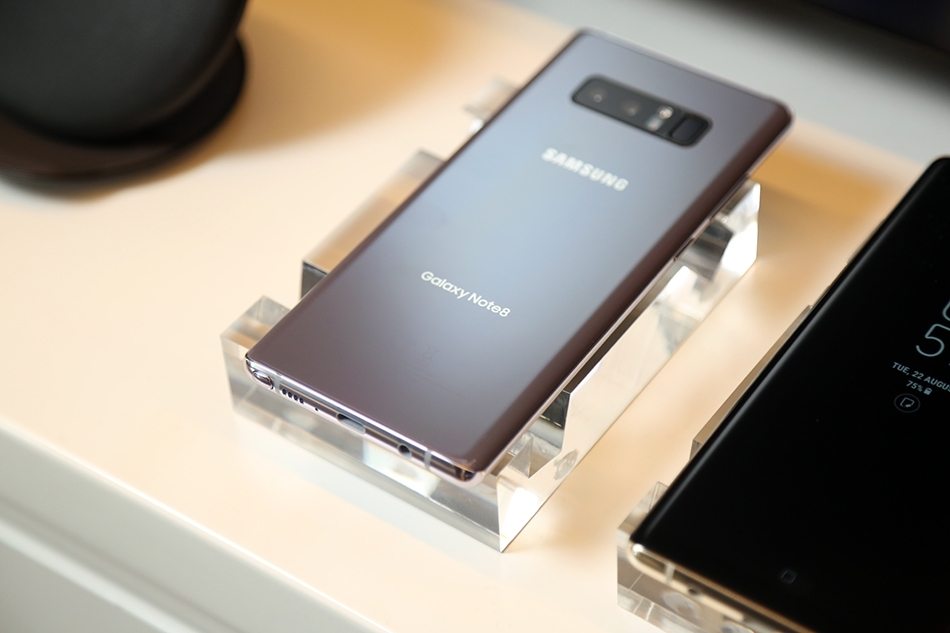 Starting from the front, we have the S8’s infinity display but a larger one with the 6.3-inch screen and 2960 * 1440 resolution. The display ratio is 18.5:9 and the screen-to-body ratio is 83%. To be honest, we expected a better screen-to-body ratio in of Essential Phone, but it’s okay as the display size is larger this time then Galaxy S8. The display appears to be all black with the top and bottom borders when the always-on mode is activated. It gives a visual of a Full-screen with no borders. 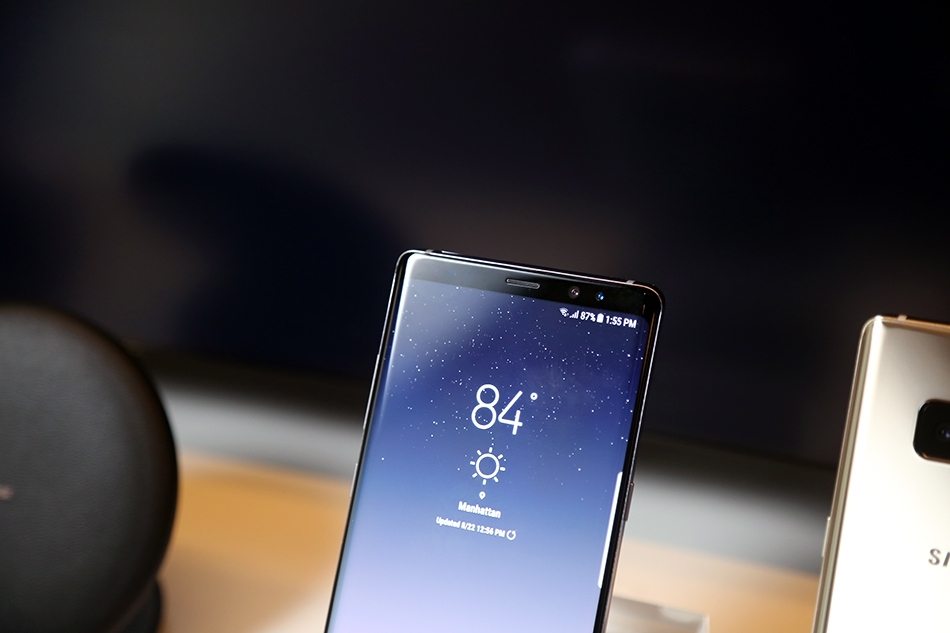 On the top, we have the 8MP front shooter, along with the notification LED. Thankfully, the iris scanner is still there. The eye piece is relatively smaller than Note 7. Due to its smaller size, the voice isn’t that much clear and loud than in Note 7. 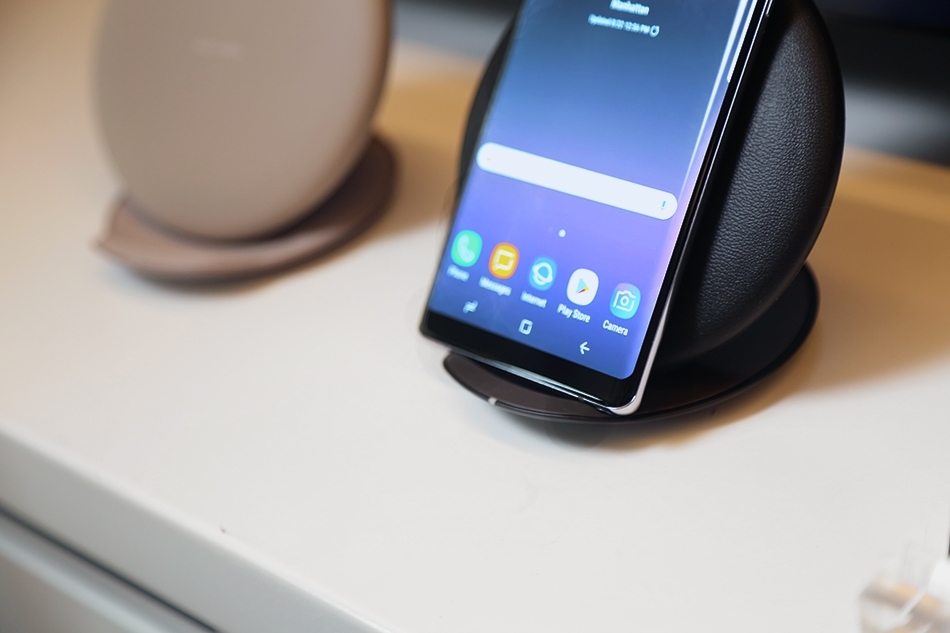 Meanwhile, the chin of the phone is narrow like S8 and lacks a home button. Instead, Samsung relights the traditional on-screen buttons. At the bottom, we have the microphone as well as the Type-C port. Though it’s a Type-C port, still the 3.5mm audio jack has been retained. In short, nothing is changed and the Note 8 appears to be a larger Samsung Galaxy S8 from the front apart it’s a bit pointed rather than curved from the edges. 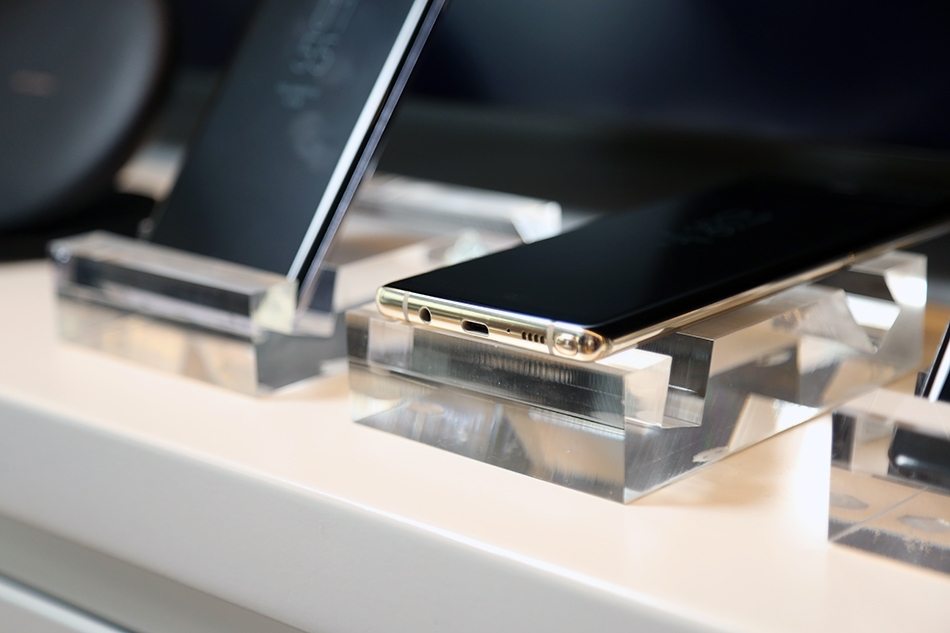 Heading to the rear, the change is clearly visible which is the rear dual camera. We should note that Note 8 is Samsung’s first attempt at adding a dual rear camera in a smartphone. It’s similar to iPhone 7 Plus dual camera, the wide-angle lens + telephoto lens combination. Samsung Galaxy Note 8 features a 12MP primary camera with an aperture of f / 1.7. Meanwhile, the secondary camera also a 12MP one but with an aperture of f / 2.4. Both cams have a 6P lens, support optical image stabilization and digital double zoom. The camera features a new function known as live focus, allowing users to take pictures of focusing, or even have two different focuses of the photo. 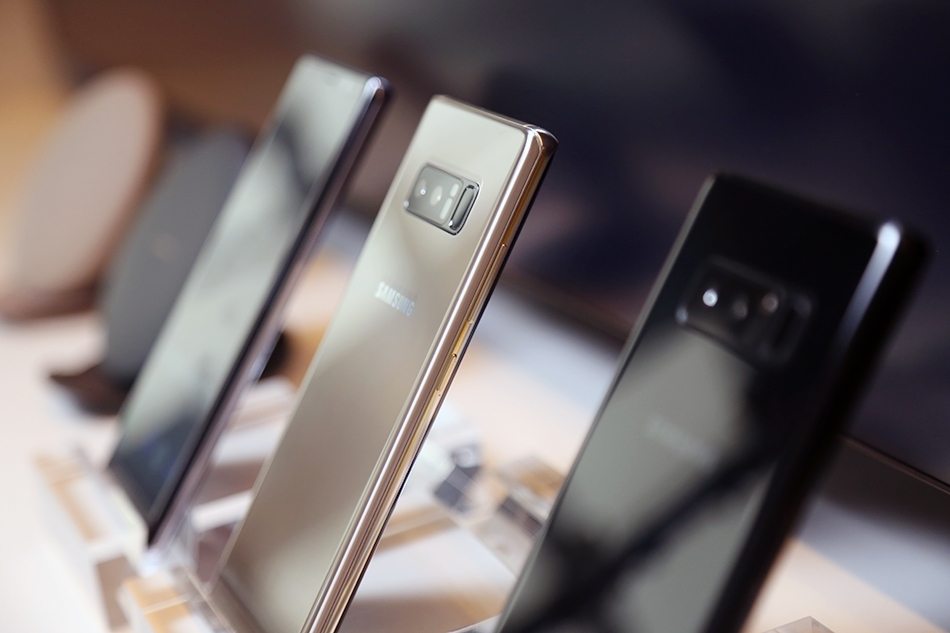 However, coming back to the rear appearance, the dual camera is horizontally placed along with the Dual LED flash, Pulse Sensor and Fingerprint Reader in a perfect rectangular symmetry. Galaxy S8 had an irritating feeling while placing the finger on the fingerprint reader who was too close to the camera. Not anyone as the fingerprint reader has shifted far from the camera and there’s a LED flash in-between. But, we still anticipated for an in-display fingerprint reader. Too bad Note 8 didn’t feature that ground breaking technology, but I guess Samsung Galaxy S9 will, next year.

Regarding hardware, the heart of the flagship is Snapdragon 835/Exynos 8995 SoC coupled with 6GB RAM and 256GB storage, and a 3300mAh battery powers the phone and supports Quick Charge and Wireless charging via the Type-C interface. Other features include NFC and MST for Samsung Pay, USB Type-C, 3.5mm headphone jack, Bluetooth 5.0, LTE Cat. 16, and Wi-Fi: 802.11a/b/g/n/ac. 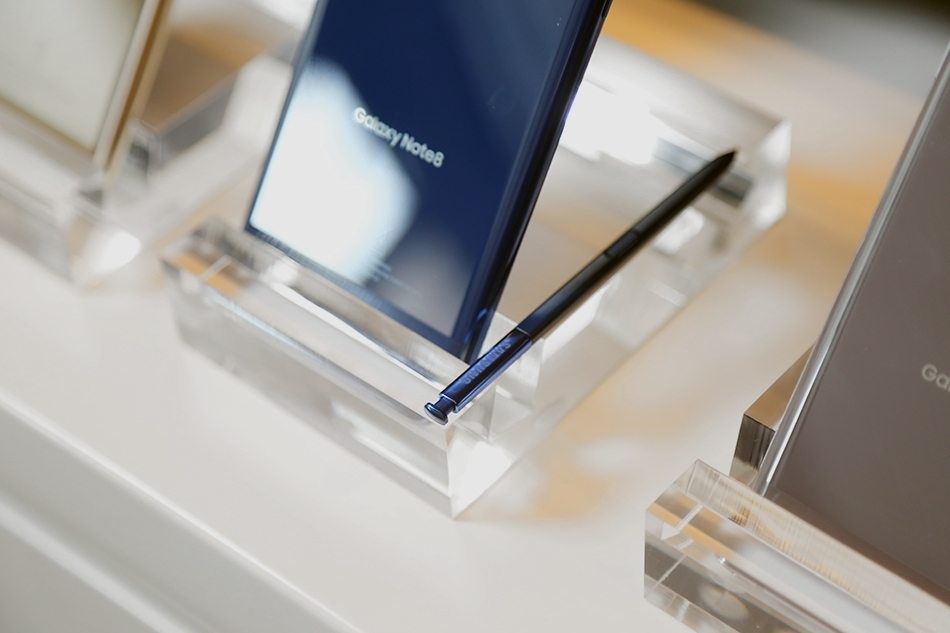 Also, the tradition continues in the Note series as S Pen is still essential for Live Message, Screen off Memo, Translate and other numerous functions. The Note 8 runs on Android 7.1.1 and the overall UI experience is similar to that of Galaxy S8. Samsung is also introducing DeX to the Note series. This means that if you buy a required dock, you can plug it into a monitor for a similar desktop experience along the support of a mouse and keyboard. Here are some of the Samsung Galaxy Note 8 Hands-on images showing the feature: 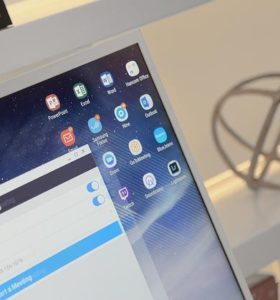 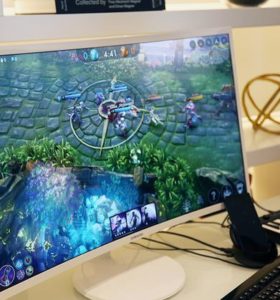 One new feature is that you can now pair two apps in Apps Edge so that they will always launch together in split-screen mode. 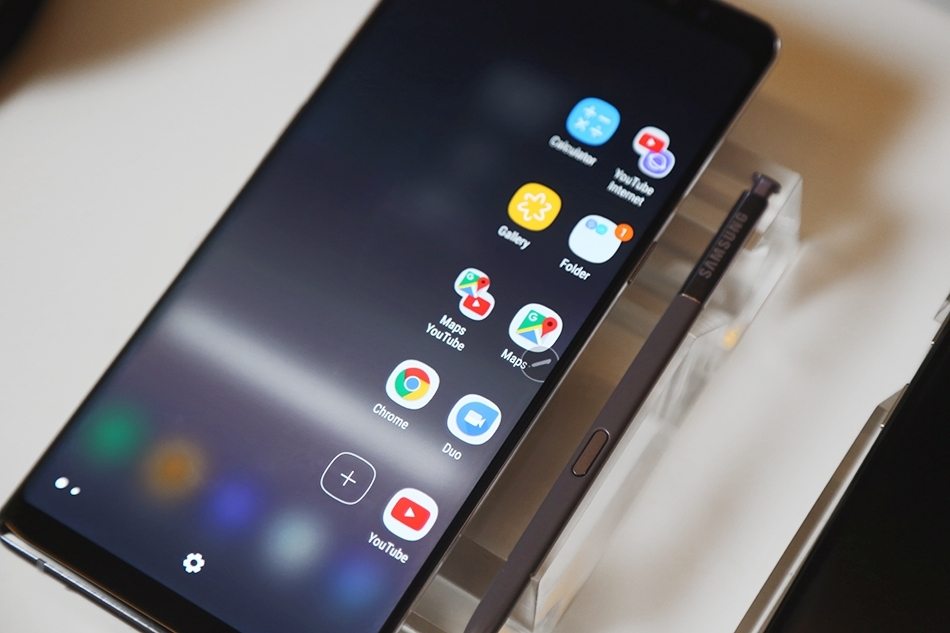 The phone will be priced at $929.99 which is way cheaper than the rumored one expected to surpass $1000. Samsung Galaxy Note 8 Hands-on images highlight the whole story of why it should be a $1000 flagship. But maybe, Samsung is generous and decreases the price tag due to the Note 7 tragedy last year. It will be available in four colors Gold, Black, Blue, Silver. 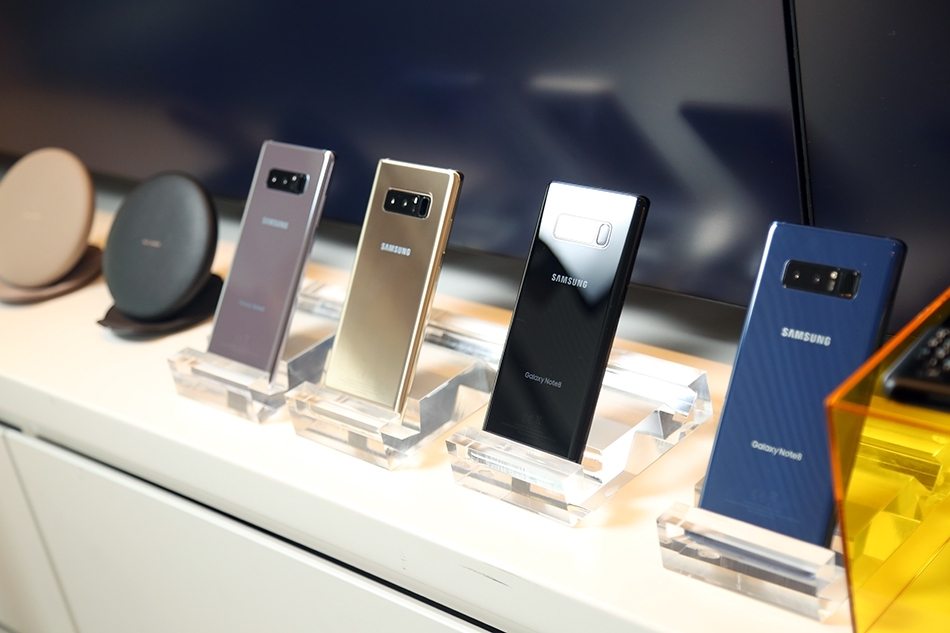 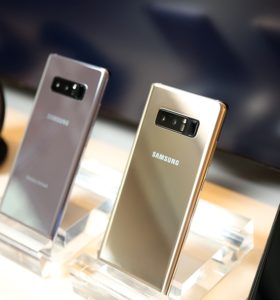 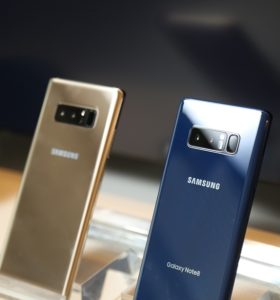 In short, looking at Samsung Galaxy Note 8 Hands-On Images, Samsung brilliantly retained S8 infinity display and Note 7 rough look in Note 8. However, there are some changes as well such as the dual cameras, Fingerprint Module, and LED Flash placement. Moreover, the phone is a bit pointy rather than curved. Overall, the Note 8 defines what a perfect business smartphone looks like rather than going for a personal look, after all the Note series is an ultimate business family. The flagship is termed as most powerful Android phone till date, and hopefully, it will be a success like Galaxy S8. If it’s blast again, we won’t forgive Samsung this time or would we?