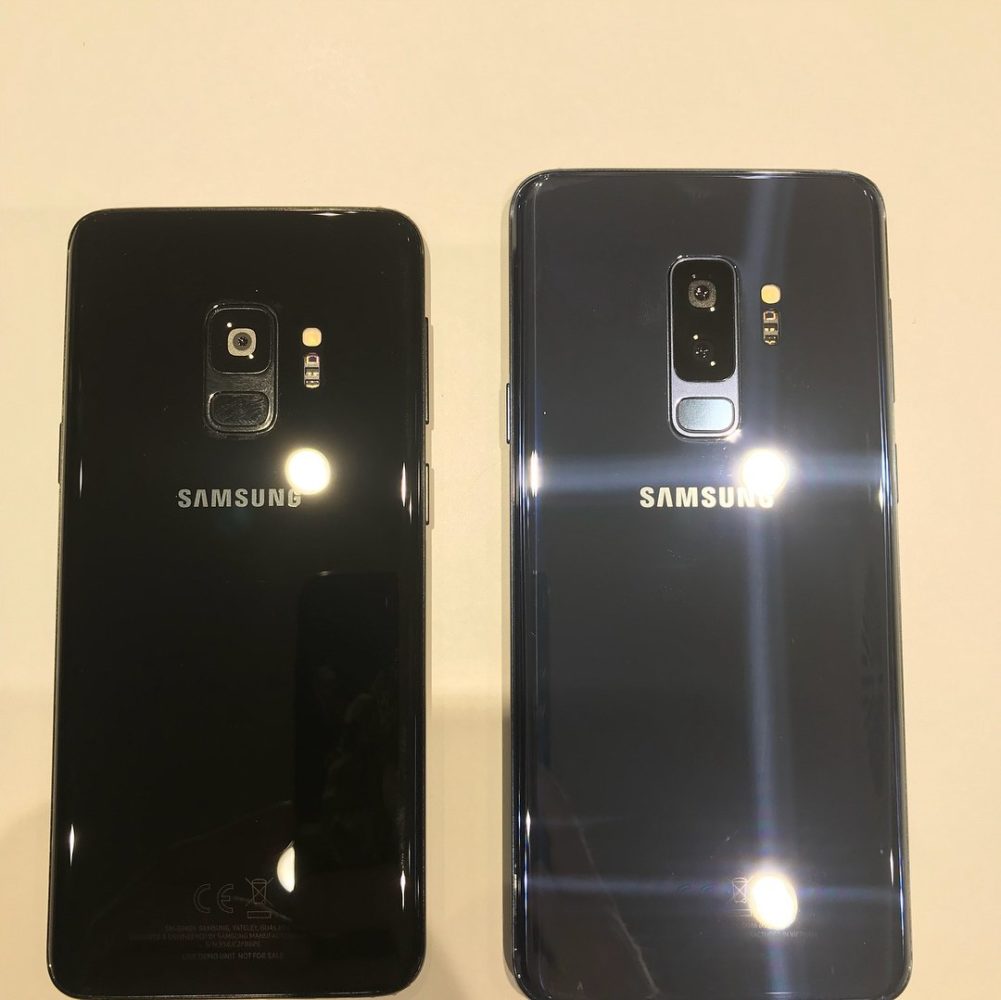 Tomorrow at MWC 18, Samsung will officially announce the new Galaxy S9 series with the camera being the highlight. It will be a brand new camera (The Camera Reimagined). However, before that let’s increase our anticipation with some spoilers. Yesterday, Samsung Galaxy S9 + Box was leaked on the internet along with some technical specs of the flagship. 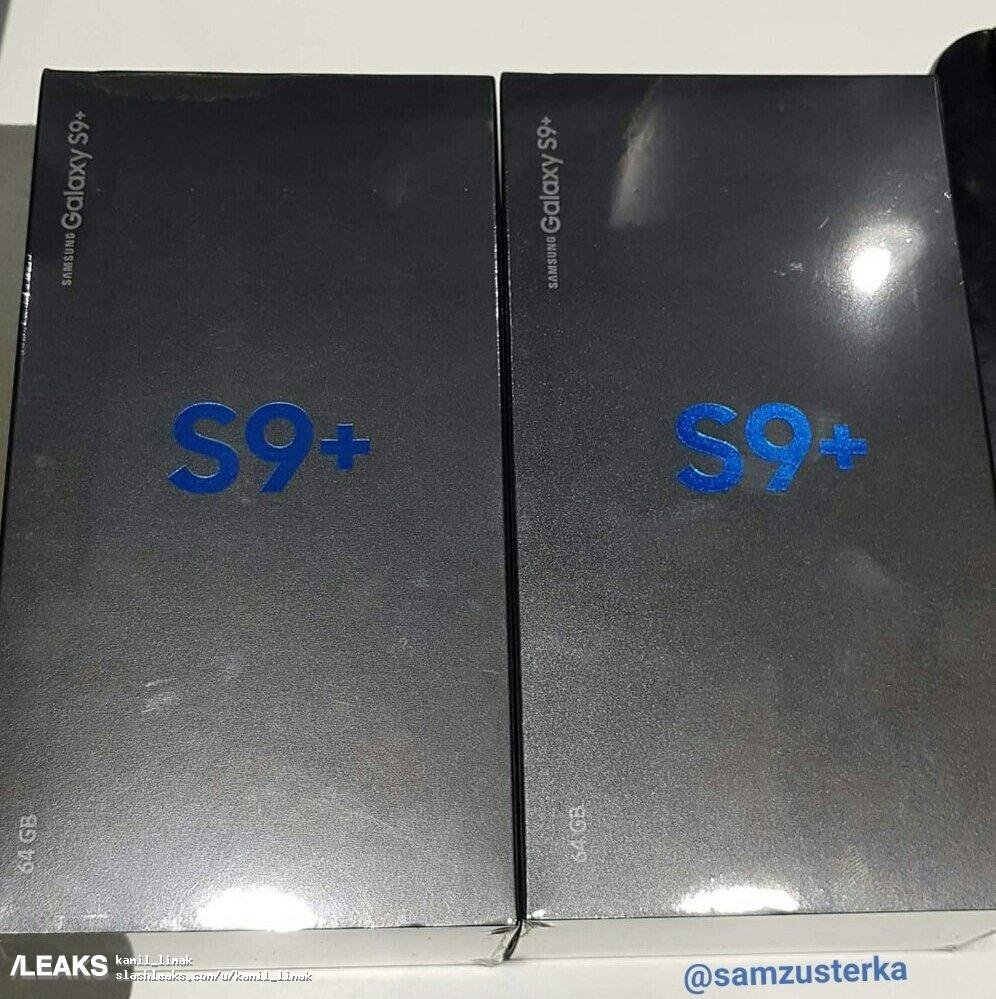 As you can see in the picture below, we have the Note 8 similar designed box. On the front, we have the S9+ logo colored bright blue. Furthermore, the variant storage and the name of the flagship is printed on the alternative ends. 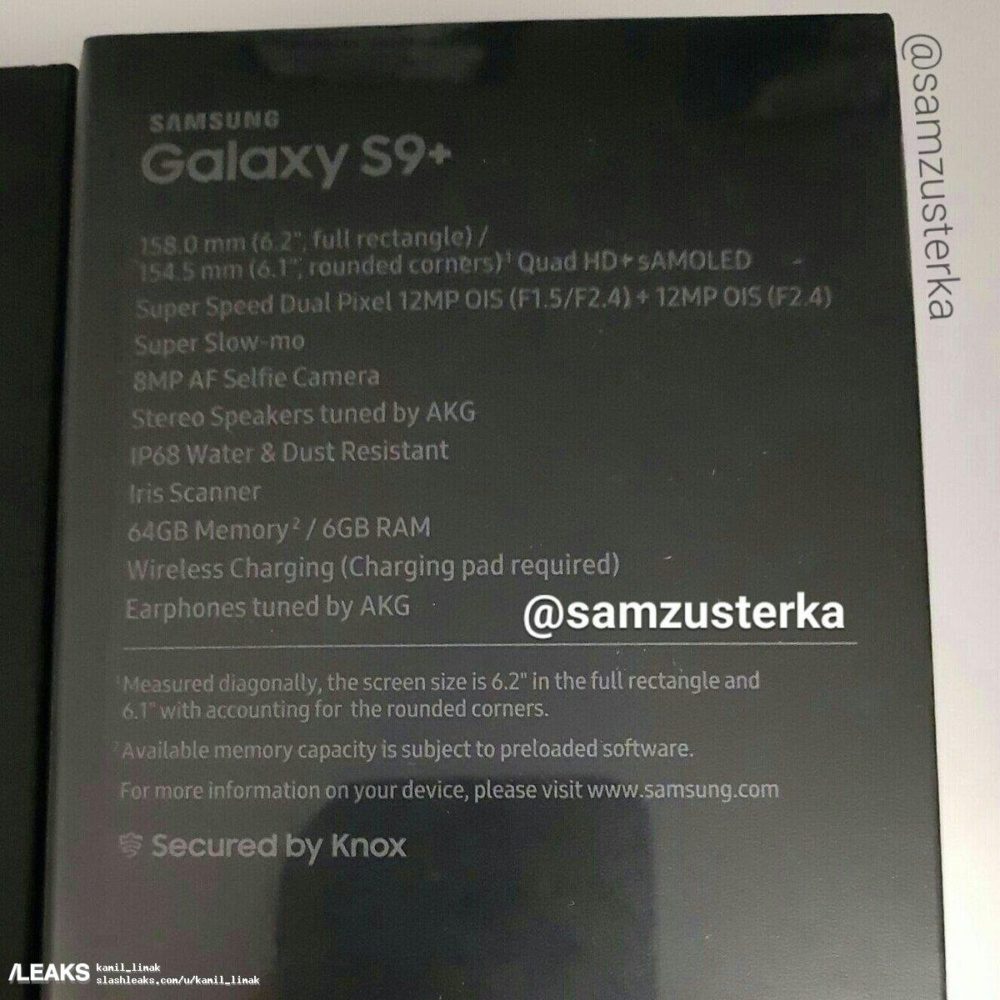 Of course, Samsung Galaxy S8 and S8 + will be the first smartphones to feature Snapdragon 845.

The only thing which saddens us is that there will be no on-screen fingerprint reader in the leaked images. Moreover, the traditional horizontal camera and fingerprint layout have been shifted to vertically which looks a bit weird. But at least we can say goodbye to the accidental touching of the camera lens while using the fingerprint reader.

Let’s see if this leaked design and Samsung Galaxy S9 + Box gets real. We just have to wait until tomorrow!