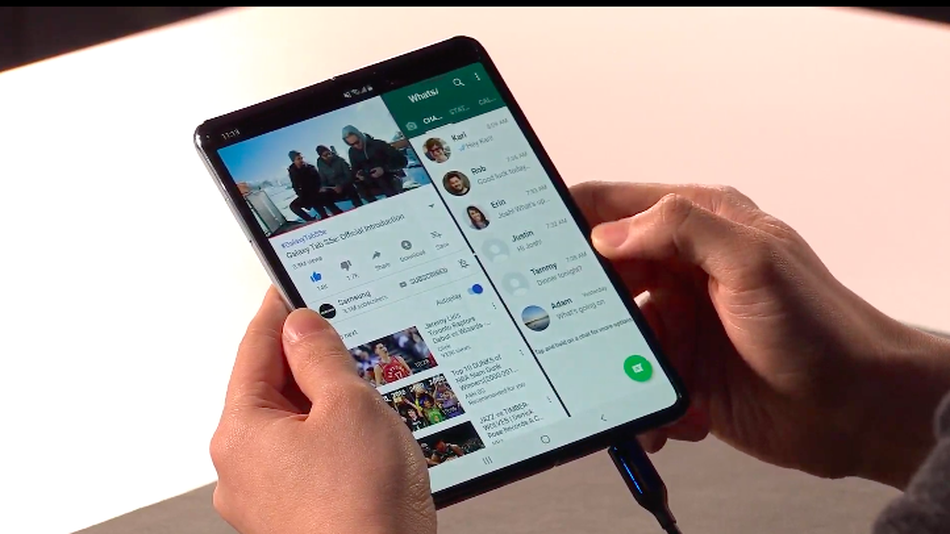 Samsung To Postpone Galaxy Fold Pre-Sale Due To Screen Issues

Is the first foldable phone cool? It is but looks like Samsung Galaxy Fold is experiencing some serious screen defects as well.

Earlier, Max J, on Twitter, broke the news that Samsung has canceled the training of its employees for Galaxy Fold due to the fact that the screen problems occurring recently have not been investigated and fixed yet.

Before the problem isn’t solved, Samsung will not ship the flagship to the stores. If the message is true, it means that Galaxy Fold first sale in the North American on April 26 might be postponed.

Numerous reviewers and media found the screen problems in the Fold. These problems included screen cracking, black screen and flickering shortly after reviewing. Although Samsung’s follow-up update FAQ said that there’s a possibility that the protective film attached to the front might be torn off, however, it is rumored that these problems are not because of the protective film but serious defects in the screen.

Previously, Samsung said in response that it will thoroughly investigate the reasons while stressing the limited number of reports received.

It is reported that Galaxy Fold is priced at US$1980 in North America.

We hope that Samsung finds the cause of these screen problems soon and fix them, otherwise, we might expect a fate similar to the Samsung Galaxy Note 7.