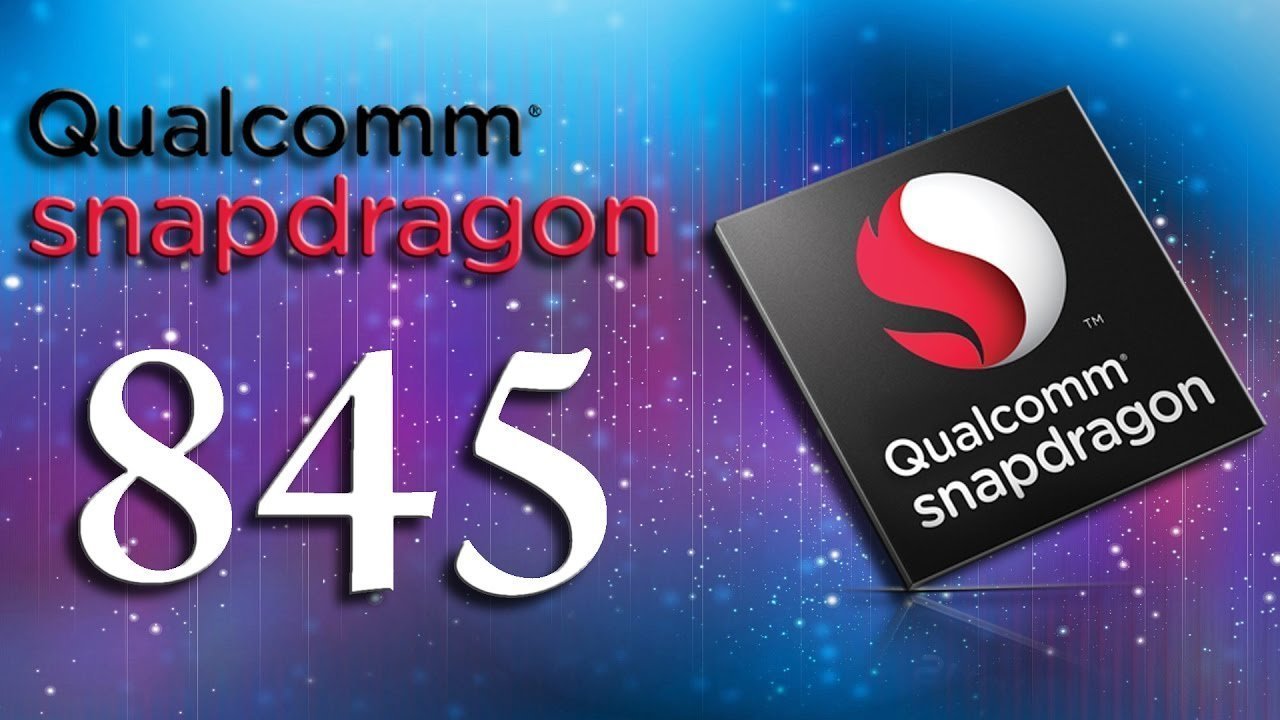 Although Snapdragon 835 beat Apple A10 SoC this year but it failed to compete with Apple’s latest A11 Bionic SoC. The performance gap between SD 835 and Apple A11 is way more than you think. Qualcomm needs a complete year to follow up with Apple’s previous year SoC. But it looks like Qualcomm Snapdragon 845 might not stand toe to toe with Apple A11 SoC in 2018 because we have Snapdragon 845 Geekbench benchmark leaked.

We found two unknown models (Sony and Samsung) incorporating the Snapdragon 845 SoC. As we can see in the picture below, Sony’s upcoming flagship is equipped with a Snapdragon 845 SoC running at 1.77GHz which is the low-core frequency meanwhile the high-core frequency is 2.8GHz. The SoC is accompanied by a built-in 4GB memory and runs on Android 8.0 system. The model name is Sony H8266. 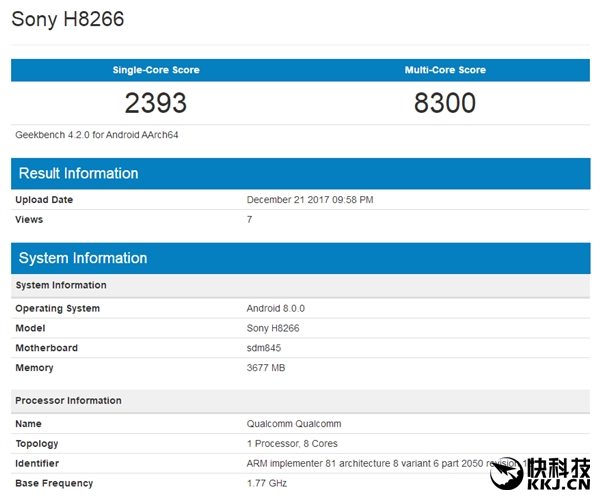 As we can see in the Snapdragon 845 Geekbench benchmark, Sony mysterious flagship scored:

The other device found with SD 845 SoC on Geekbench is Samsung SM-G965U1 with 6GB RAM scoring: 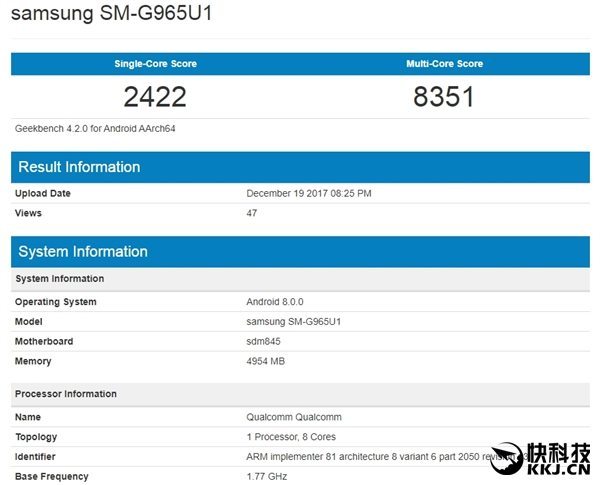 We can see that the gap between both flagships is negligible. Samsung is slightly in the lead because of that 6GB RAM.

In the ranking of the top 10 SoCs, Apple A11 SoC will still be at the top, scoring 4229 points in single-core which is twice of SD 845 leaked score, and 10269 points in multi-core performance. So, early this year, Qualcomm might not be able to beat Apple in performance. And in late 2018, Apple might release A12 as well.

Another reason for not beating Apple A11 SoC is Qualcomm’s deciding to stay on 10nm process and progressing in the field of Artificial intelligence.

If the leaked Snapdragon 845 Geekbench Benchmark results turn out to be true, than the SoC will be a disappointment. What do you think?