Though Snapdragon 865 Plus has just released, however, we can’t wait to compare it with the previous SD 865 and the upcoming Snapdragon 875 (from the rumors of course). What will be the technology gap we will see between the flagship level SoCs of 2020 and 2021? Let’s find out in this Snapdragon 875 vs Snapdragon 865 vs SD 865 Plus comparison:

Note: This comparison is based on the rumors on Snapdragon 875 along with some official confirmation. Once, SD 875 is official, I’ll update this article:

Snapdragon 875 will have the latest process which is 5nm EUV developed by Samsung. Since we have reached 5nm, this means that the Cortex A77 potential will be fully reached. 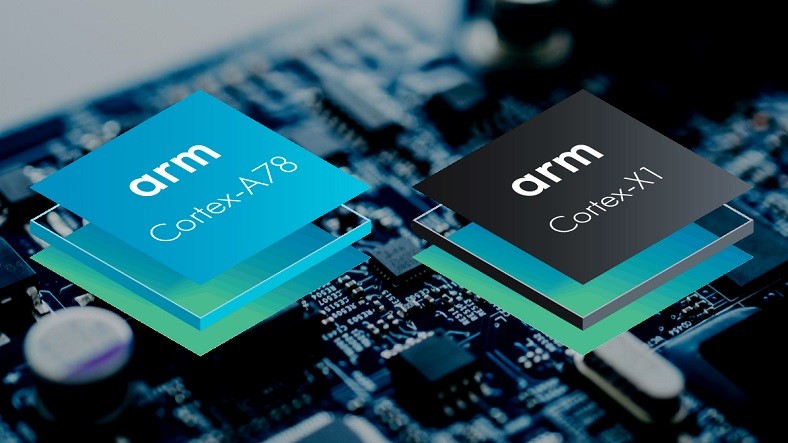 There’s no denying that Snapdragon 875 is way ahead of the other two SoCs. The Geekbench single core of this SoC will surely be interesting.

Snapdragon 875 is expected to use the Adreno 660 has the GPU. It is expected to be based on the same process as the CPU. There would also be some gaming optimization and probably a new version of Snapdragon Elite Gaming. Moreover, the tradition of GPU driver updates will also continue in Adreno 660 as well. In comparison to Adreno 650 of the SD 865+, the performance increase in graphics is expected to be 20%.

Snapdragon 865 and 865 Plus uses the previous generation which is Adreno 650. The only difference between them is that the Plus version has the overclocked variant of the GPU which gives a graphical performance increase of 10%. Moreover, it’s the first GPU that receives GPU driver updates and is optimized by Elite Gaming by Qualcomm. It also has HDR 10-bit gaming.

Snapdragon 875 is going to use Hexagon 700 as the DSP with advance AI capabilities. However, I don’t think that the AI performance will be that great since Qualcomm is concerned with overall performance, not AI performance. It might rank no.1 in AI-benchmark for a short time (we don’t believe so since the current score of no.1 SoC is too high) until beaten by Dimensity 2000 and Kirin 1000 SoCs.

Snapdragon 875 vs Snapdragon 865 vs SD 865 Plus – Connectivity Comparison

Snapdragon 875 will be upgrading to the X60 baseband, fully compatible with 3G/4G /5G network, and support mm-wave and frequency bands below 6 GHz. As a result, we can expect the 5G DL And UL speed to increase to 9.5 Gbps and 3.5 Gbps. More optimizations will be done in 5G power saving and better 5G dual SIM global support. We might see a version with an internal modem as well.

Snapdragon 865 and 865 Plus uses the X50 external baseband supporting mm-wave and 6GHz network. Moreover, the DL speed is 7.5Gbps and UL speed is 3Gbps, which are the highest at the moment.

Snapdragon 865 and 865 Plus have the same ISP which is Spectra 480. It has single camera support of 200MP and dual camera support of 24MP. Other features include Hybrid AF, HDR video, multi-frame noise reduction, 720 slow-motion 960 fps video recording, and 4K 30 fps HDR recording.

All three SoC have some things in common including WiFi 6 support, 4-stream antennas, and Bluetooth 5.2. Snapdragon 875 might bring the new version of Snapdragon Elite Gaming.

Considering the display, Snapdragon 875 will support a display up to 8K+ (since Sony is already preparing for an 8K flagship) along with refresh rate up to 160Hz. Snapdragon 865 and SD 865 Plus already support Quad-HD+ display and 144Hz screen refresh rate.

Qualcomm SoCs aren’t limited to a specific manufacturer, so we will be seeing a wide range of smartphones with huge price differences. Of course, Snapdragon 875 will be the most expensive among them all. Considering the phone prices to continue increasing, a flagship-level phone will be priced at least $500+ for bands like Realme and Xiaomi, and reach up to $1200+ for brands like OPPO and Samsung. Snapdragon 865 will be the cheapest one. It’s the price right now is stable because it is being rumored that most SD 865 Plus phones are gaming phones only.

Concluding the Snapdragon 875 vs Snapdragon 865 vs SD 865 Plus, it’s obvious that Snapdragon 875 will be the winner because of the much better process, the use of Cortex X1 super core, upgraded AI, and GPU. However, if any manufacturer manages to release a phone still using SD 865 Plus as Realme did with the X3 series using SD 855+, it surely will be the best price-to-performance phone. The user budget also matters. 5G and 4G preference will not be present since all three support 5G SoC. So, if you see any Snapdragon 875 phone under $450, just grab it!

Hope you loved this Snapdragon 875 vs Snapdragon 865 vs SD 865 Plus SoC comparison. Don’t forget to share your idea regarding SD 875 in the comment section below.