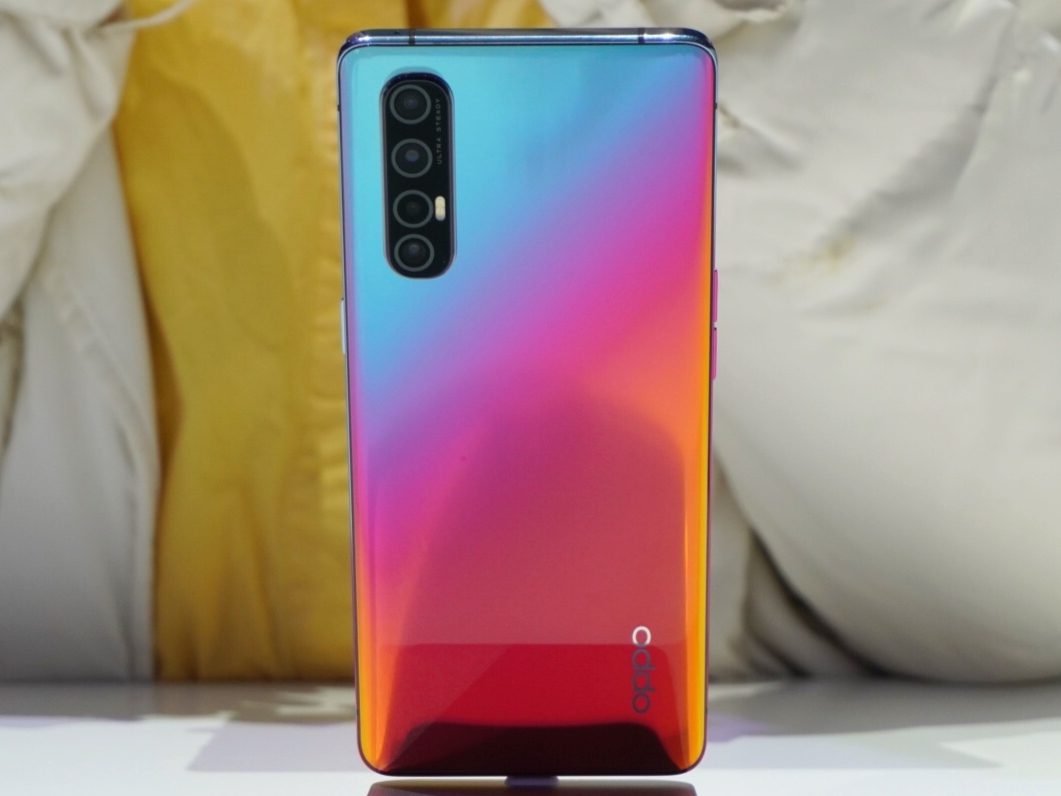 The Oppo Reno 3 and 3 Pro were officially launched!

OPPO took the Reno series that was released with the original OPPO Reno with its characteristic shark fin in April 2019. The experiment went well, and in August we met the OPPO Reno 2. Four months later the third generation arrives with two new models: OPPO Reno 3 and 3 Pro.

The OPPO Reno 3 series comes in two flavors and with MediaTek and Qualcomm processors, but with 5G connectivity in both cases. What is not in this generation is shark fin or retractable mechanism: the front camera is solved with notch or perforation on the screen. 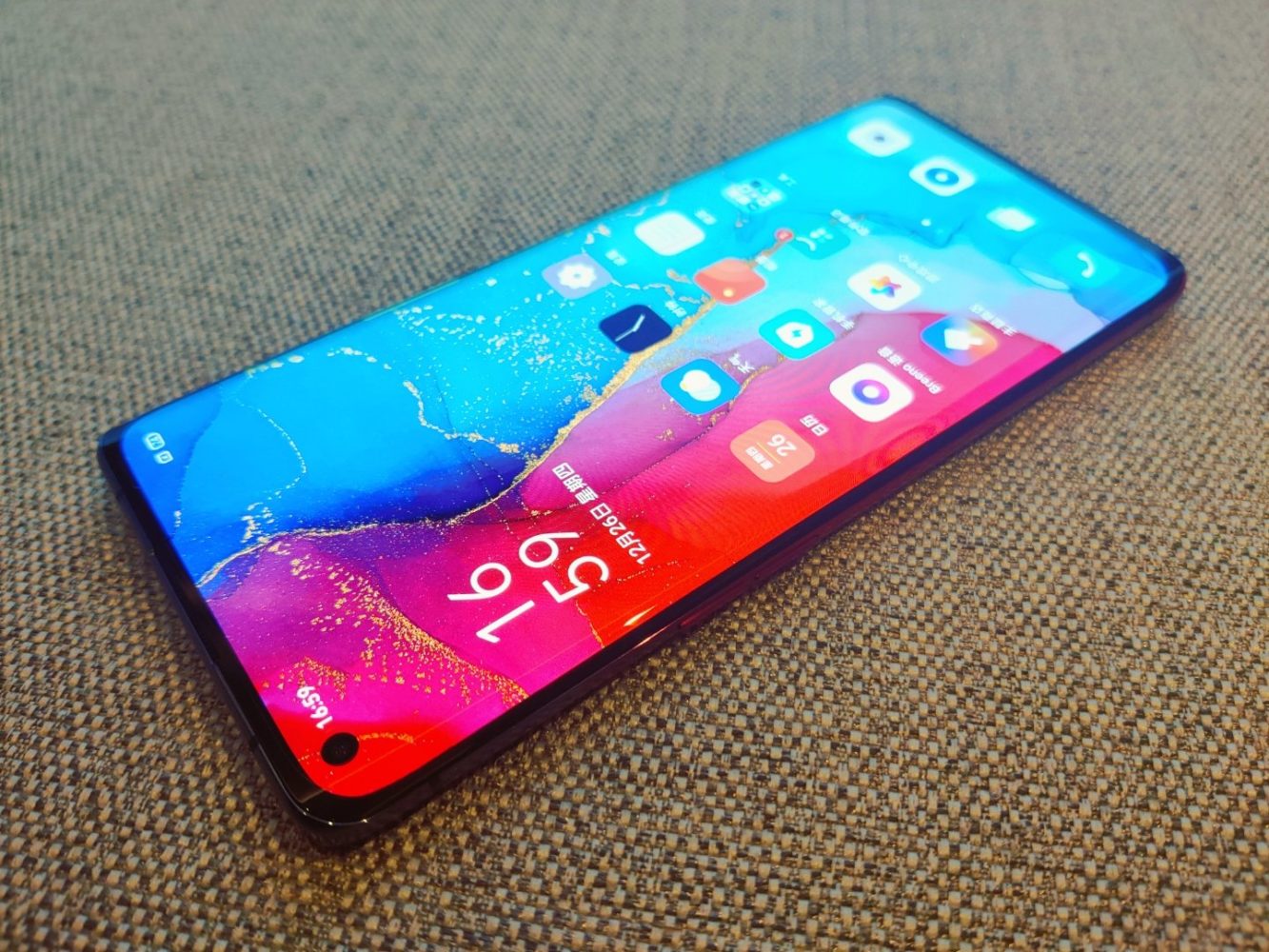 OPPO Reno 3 – This is how this smartphone is!

The OPPO Reno 3 is the standard model and life is not very complicated to solve the front camera: it has a small V-shaped notch at the top of the screen. A screen with the usual refreshment, 60 Hz, and a diagonal of 6.4 inches that has a small chin at the bottom of the terminal. Unlike the OPPO Reno 3 Pro, the screen is flat, that is, without curved edges.

This Smartphone opens the new MediaTek Dimension 1000 that we knew a month ago. It is a SoC with a 7 nm lithography and eight cores up to 2.66GHz that allows the terminal to connect with 5G networks both SA and NSA. RAM is available in two flavors: 8GB and 12GB, while storage in this case is available only with 128GB. 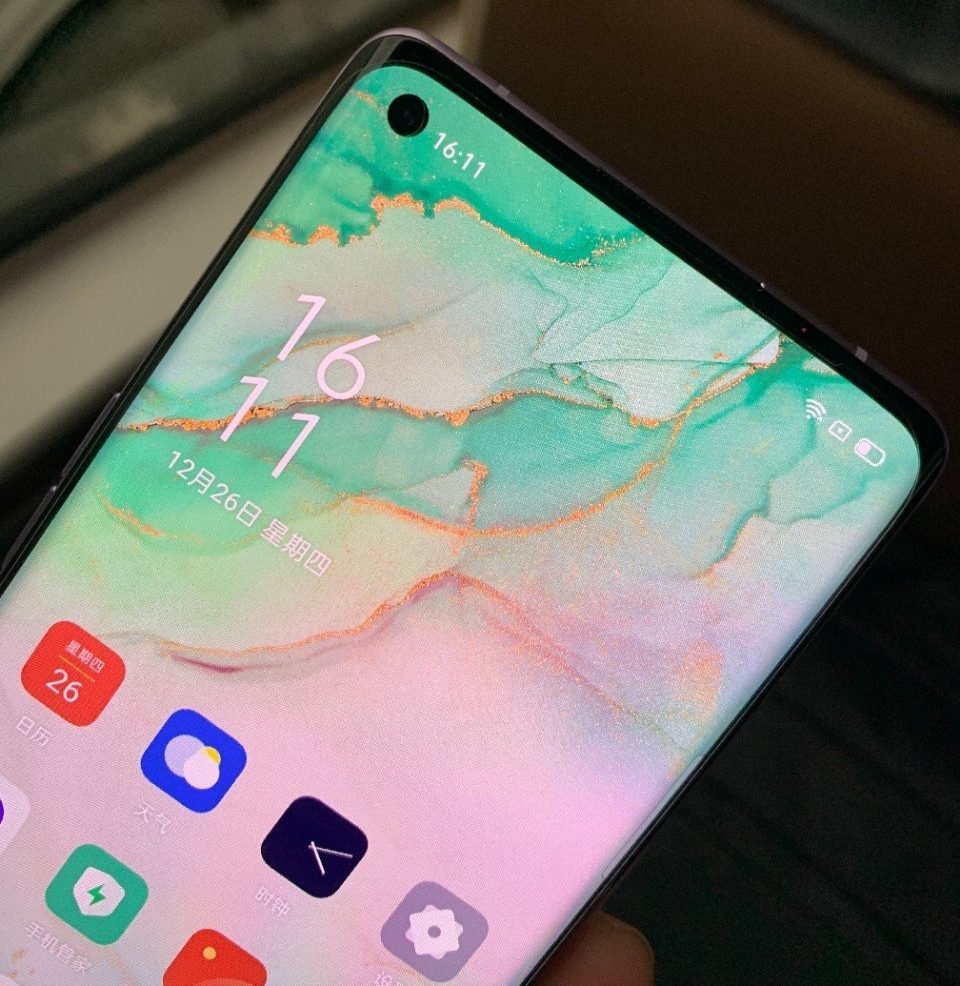 The “normal” model of the Reno 3 also has a four-lens rear camera and even has a sensor with more megapixels than the Pro model, although we already know that a larger number does not always mean higher quality. In addition to the main 64-megapixel sensor, it has an 8-megapixel wide angle and two more sensors: one monochrome and one deep, whose goal is to help when taking portraits. The front camera for its part is a 32-megapixel one.

The battery is the same in both models, with a capacity of 4025mAh with fast charging VOOC Flash Charge 4.0, a very long way of saying that it charges at 30W. It is the same battery, although the normal model is a little more plump, reaching 7.96 mm thick. All this with NFC, fingerprint sensor under the screen and Android 10 dressed in ColorOS 7. 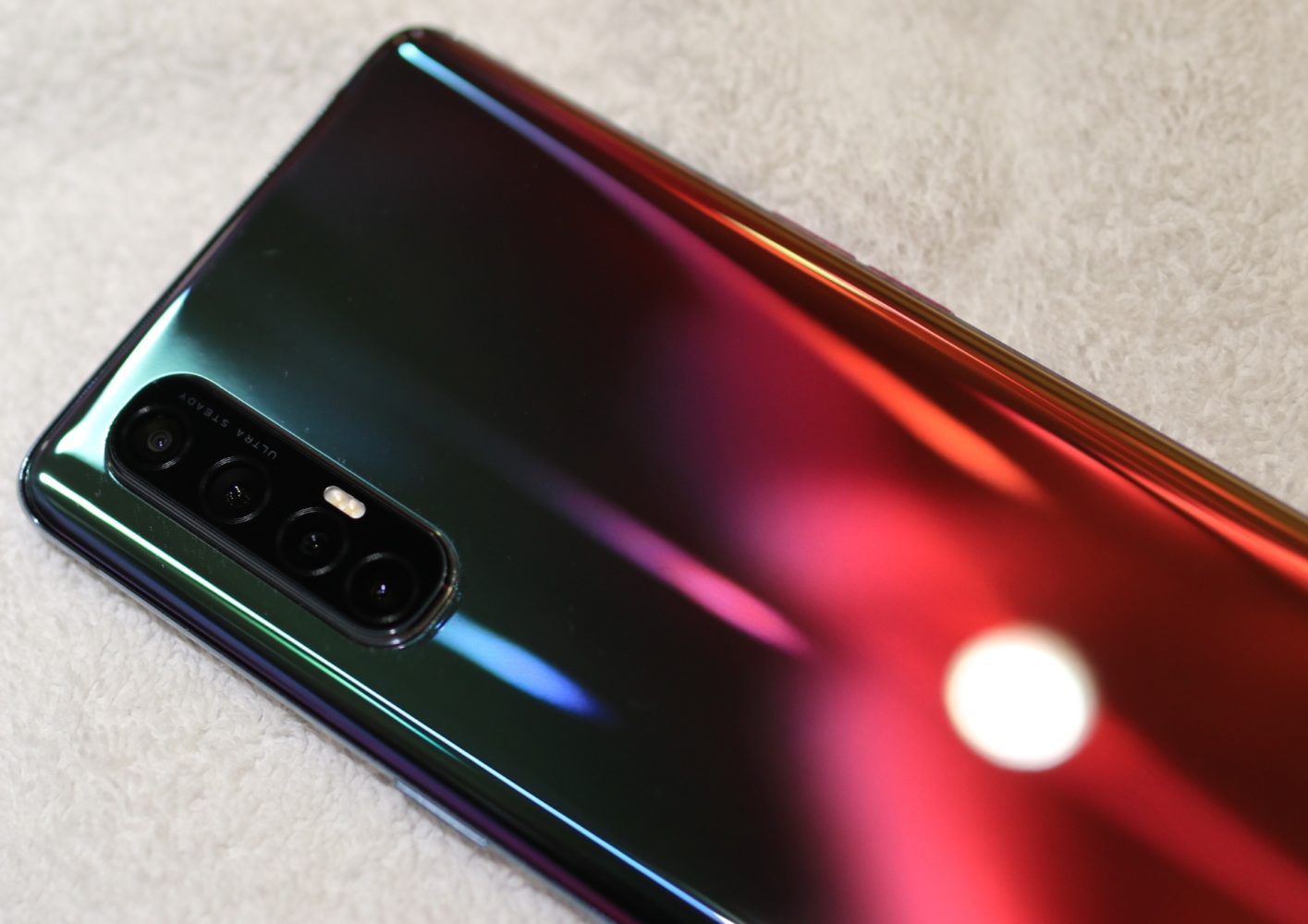 For its part, the OPPO Reno 3 Pro is the maximum version, at least so far, of the third generation of Reno. The design is slightly different from its brother, with a slightly different configuration for the cameras and a front with a greater prominence of the screen. After all, it occupies 93.4% of the total according to the company’s calculations.

The screen is one of the main points of differentiation of the 3 Pro, with a 6.5-inch AMOLED panel with a refresh rate of 90 Hz and Full HD + resolution. Inside the third generation fingerprint reader. The screen has curved edges unlike the Reno 3. 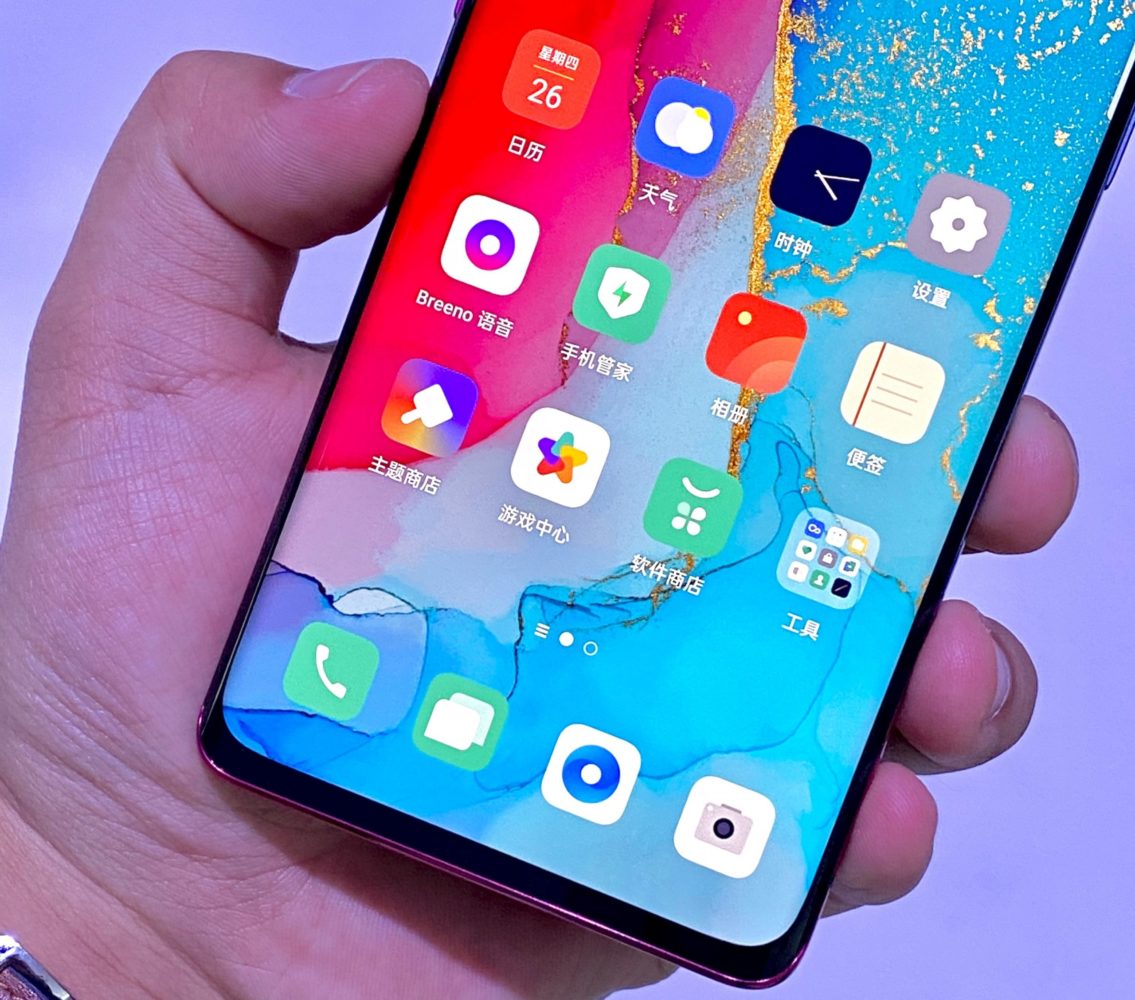 As for the cameras, we have four lenses on the back with the 48-megapixel sensor f / 1.7 Sony IMX 586 as main, a 13-megapixel telephoto to achieve 5x hybrid zoom, an 8-megapixel for wide angle and a 2-megapixel for telephoto sensor. In front is the camera for selfies of 32 megapixels, located in a perforation on the screen.

The processor chosen for this 3 Pro is the new Snapdragon 765G, with integrated 5G and gamer aspirations. It comes with an abundant amount of RAM: 8GB or 12GB depending on versions, and 128GB or 256GB of matching storage. The battery for its part is 4,025mAh, with Super VOOC Flash Charge 4.0 charging: a capacity that is not negligible considering that the terminal has a thickness of 7.7 mm. 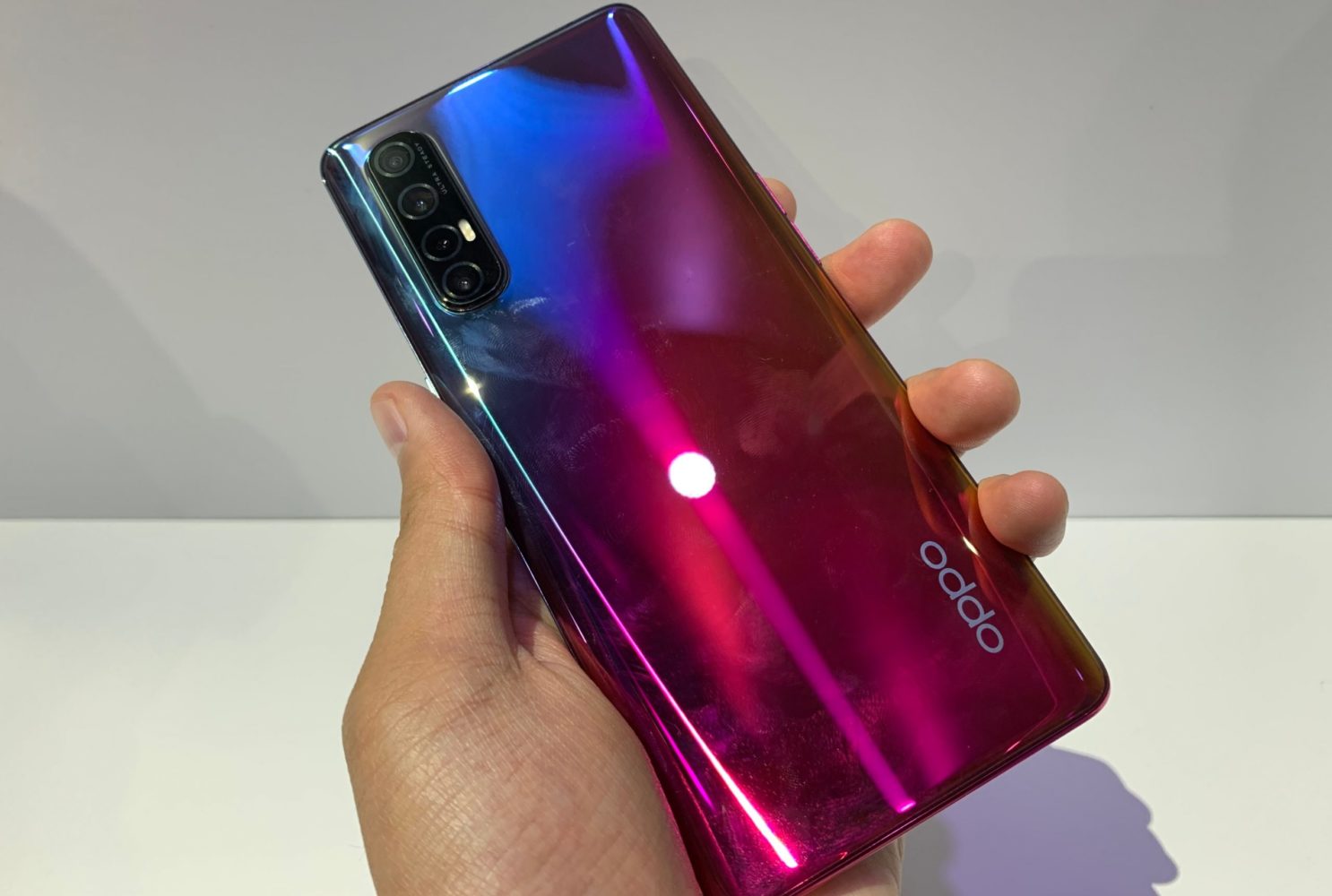 The Reno 3 and 3 Pro have been presented in China, where they can be booked on the last day of the year, each of them in four colors and in two versions. They are the following: