When it comes to surprises, Ulefone is considered to be on the top of the list. The smartphone manufacturer from the Chinese land apart from average flagships releases can release something unexpected, something stupendous. For the first time, we have searched a flagship will no appearable disadvantages apart from the 3.5mm audio jack cancellation. From a perfect 18:9 metal design to a freaking great quad camera performance, Ulefone has done it all in its latest flagship and our today’s protagonist ‘Ulefone Power 3’.

Let’s get into the details of this flagship to enlighten you why Ulefone Power 3 is one of China’s best.

Ulefone Power 3 make use of the latest trending screen layout which is the Full-screen layout. However, rather than going for Xiaomi’s Tri-Bezel-less design, it chooses Samsung’s Infinity Display, which is pretty much impressive. The bezels are that much perfect as in Samsung Galaxy S8, but instead are thicker.

On the top, we have the dual cameras, the earpiece, and a rare LED soft light for taking nice selfies. There’s no home button, but rather on-screen buttons because of the full-screen view. The screen-to-body ratio has improved to 90.8% said by the manufacturer, but the usable surface is still 76%.

Speaking about the dimensions, the phone occupies a space of 15.90 x 7.59 x 0.99 cm and weighs 210 grams. The phone appears to be quite thick and heavy if you compare it with a standard 5.5-inch phone. However, it’s the lightest and thinnest 6-inch smartphone embedding a 6080mAh battery.

Meanwhile, looking at the rear, we get to know that Ulefone Power 3 forges from metal (aluminum alloy). The camera layout is much similar to Leagoo M8 Pro. The dual rear cameras are arranged in a vertical layout surrounded by Dual LED flash. However, we didn’t like that logo saying Dual Lens. There’s also a fingerprint reader right below the dual camera. You might sometime touch the lens instead of the fingerprint reader, smoking the camera lens.

At the bottom, we have the latest Type-C reversible port. As there’s a Type-C port, the phone cancels the option of integrating the traditional 3.5mm audio jack. This promotes the upcoming trend of lossless music in phones. However, the manufacturer provides the Type-C to 3.5mm converter as well as the packing along with some numerous gifts as well.

In short, the design impresses us with the infinity display layout, front LED flash, and Quad cameras. Still, we have a few Chinese smartphones out there which have the same features in design and appearance such as Vernee X. However, the phone starts to show its colors went we move on to the hardware.

Like almost every full-screen smartphone, we have an 18:9, 6-inch display. Indeed, the phone is large and considered a phablet because of the 6-inch display. The screen-to-body ratio is a surprising 90.8%. Moreover, the resolution is 2160 x 1080 pixels, quite acceptable considering the price and other features. It’s LCD IPS so you can expect some great viewing angles as well as rich colors.

The larger the smartphone is, the more fragile it gets. A 6-inch Full-screen smartphone might be one of the weakest phones. But that’s not the case with Ulefone Power 3. Why? Because Ulefone Power 3 is coated with Gorilla Glass Protection 4. That is why it is scratch resistance, the keys and coins in your pocket won’t damage it at all.

Rather than compromising with the hardware, Ulefone offers us great power and energy balance. Instead of some old MediaTek 1.3GHz SoC, we get to witness the latest 2.0GHz, Octa-Core MediaTek Helio P23 SoC (MTK 6763). The This SoC needs no introducing as it’s the successor of MediaTek P20 and is way powerful and energy efficient than it. Instead of a CPU performance increase, it’s rather a GPU performance increase with the latest ARM Mali-G71 MP2. On AnTuTu benchmark, the phone can cross 70,000 points with the current configuration in Ulefone Power 3. 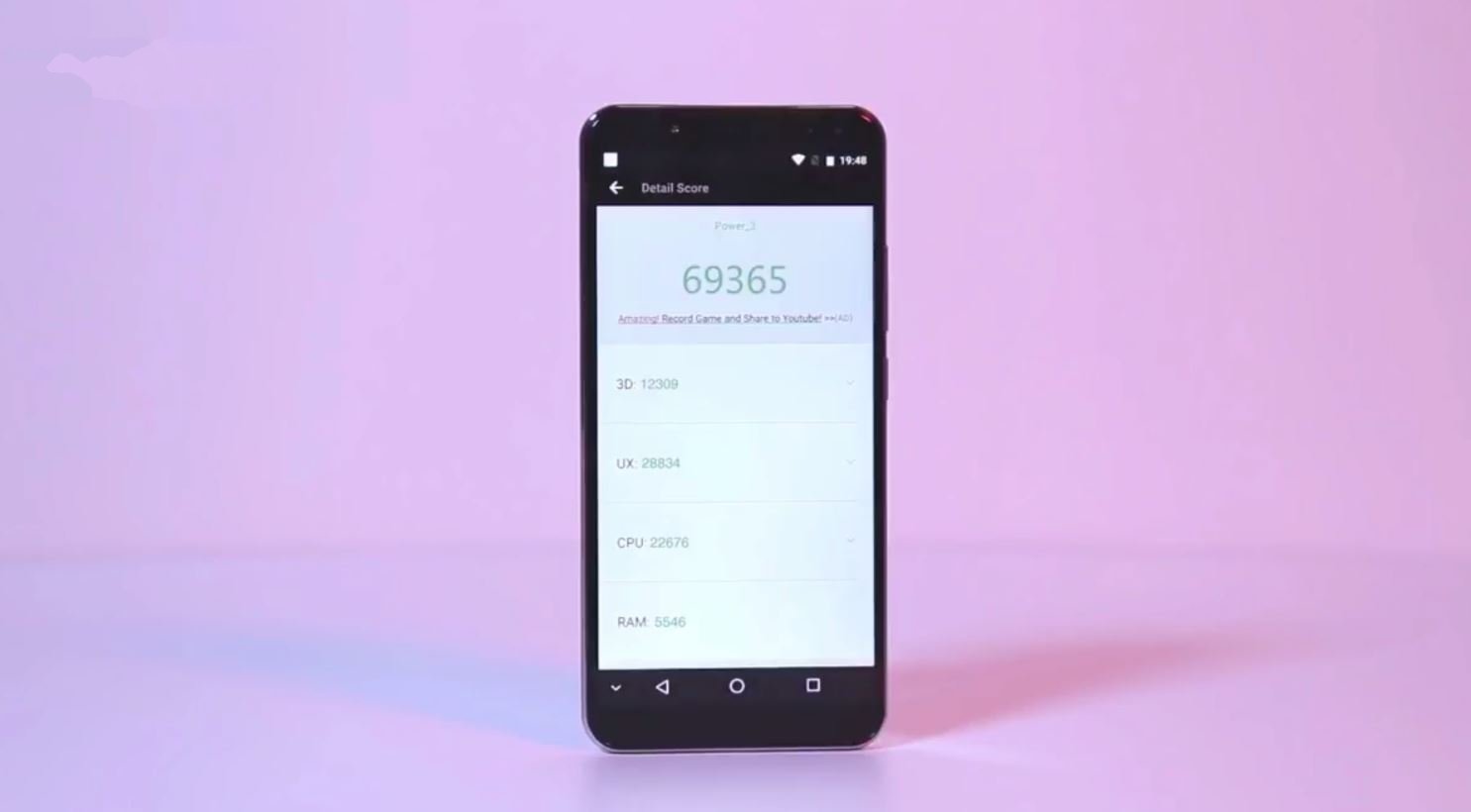 Speaking of that configuration, the SoC is accompanied by a generous 6GB RAM and 64GB ROM supporting a Micro-SD card up to 256GB.That is why Ulefone Power 3 is one of the best price-over-performance smartphones in the Chinese market.

Interestingly, the phone supports Dual SIM with Dual Standby (2 Nano SIM cards). 4G LTE is also enabled for the phone, but you should see if it supports the current frequency of your career.

As I said, the Type-C port has been introduced, so the manufacturer has canceled the 3.5mm audio jack, backing up with a Type-C to 3.5mm jack converter. Apart from this, the WiFi connectivity is also fantastic supporting Dual Band platform. The Bluetooth also upgrades from 4.0 to v4.1.

Moving to the navigation, it supports GPS as well as Glonass. The GPS accuracy is almost accurate in every Ulefone device, and this one is no exception. The best part is that Power 3 supports Face ID, similar to iPhone X but it’s not that much accurate and rather stick to simple face recognition, not 3D.

The space for the notification LED has been occupied by the front LED flash on the front, so we will miss the notification LED in the third generation of Power series. Moreover, we have the Advanced HiFi chipset for the best sound experience on the speakers as well as earphones. The following sensors are integrated:

Coming to the selling point of the flagship is the Quad-Camera feature. There’s a combination of  21.0MP ( SW 16.0MP ) + 5.0MP dual rear camera at the rear and 13.0MP ( SW 8.0MP ) + 5.0MP dual front cameras. Thankfully, apart from the rear Dual LED flash, there’s also a front selfie LED flash as well. Now, the camera results aren’t the best as you might think by looking at the camera configuration.

The rear camera has these features:

Meanwhile, the front camera has:

First of all, each primary camera of the quad camera has been interpolated. The performance of the interpolated lens isn’t comparable to the original 21 MP or 13 MP camera, but it’s better than 16 MP or 8MP resolution, respectively. Secondly, the aperture is still F / 2.0, although good, still with dual camera configuration, can provide mediocre focusing. The Bokeh Feature both on the front and rear cameras is excellent as well.

Let me clear that Ulefone Power 3 runs on Android 7.1, not on Android 8.1. Gladly, it’s Stock Android and the OS appears to be fast, simple, and easy to use. There are no Chinese default apps in the OS.

From the home screen swipe up to get the frequency used apps and search bar.

Apart from the design and camera, the battery of the Power 3 flagship also serves as the selling point. Under the hood, we have a generous 6080mAh battery. With that much capacity and Helio P23 as the SoC, the phone can easily run for 3 to 4 days on a single charge. Getting into details, we can get:

The most incredible aspect is that the phone supports the fast charge technology (5V/ 3A), charging 100% battery in only 120 minutes. A 5 minute of charge can give you 2 hours of talk time and 30 minutes 1-day average use.

Like the title say, Ulefone Power 3 is indeed a smartphone of our dreams.

It’s a perfect balance of power and performance. Great design, balanced performance, nice quad cameras, four days battery life, and cool features, what else do we need from a smartphone under $250.

You can purchase Ulefone Power 3 from Gearbest for the lowest price of $219.99 instead of $299.99 because of the global promotion going on from December 25 to January 3. Ulefone will also send some gifts as well. 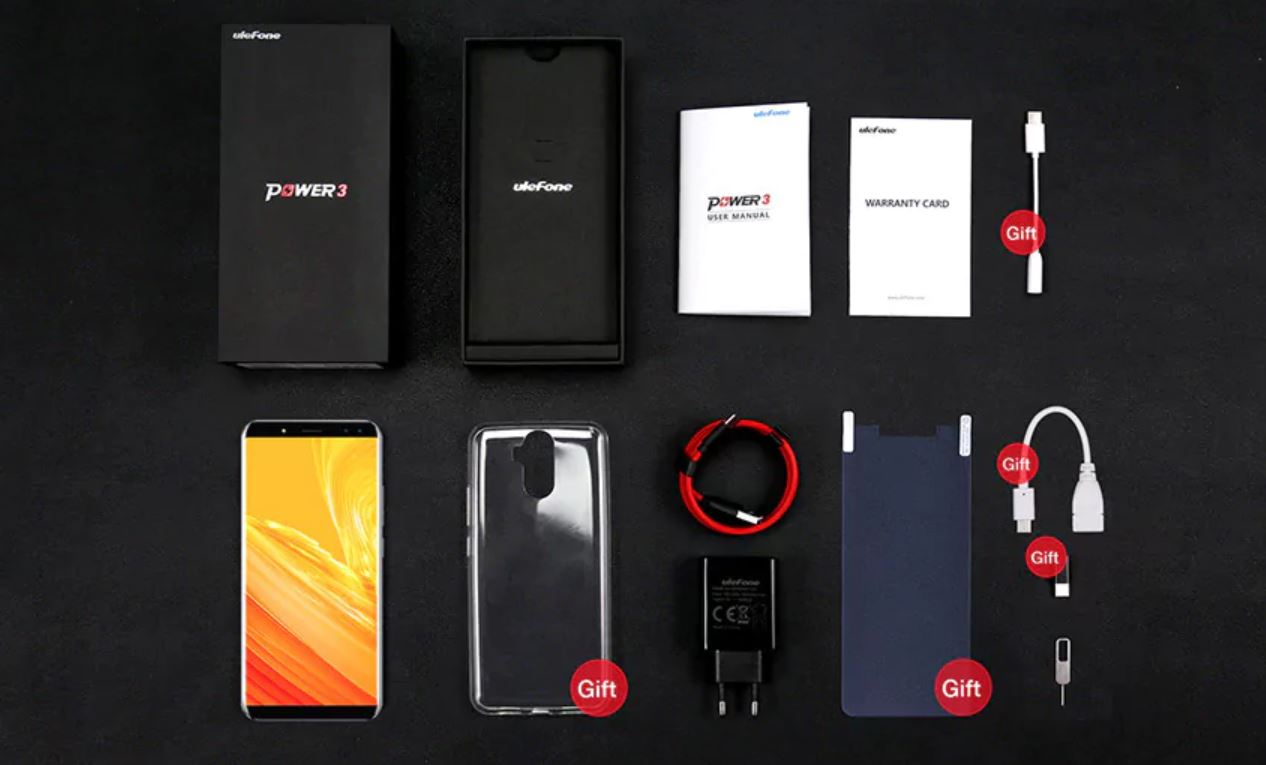