Anyways, we have created an under-display camera phone list to let you know which smartphones featuring under-display cameras are available to purchase. A while back no one knew if a hidden camera under-screen would be possible, but recently with a few entries now in the market, the dream of achieving a 100% screen-to-body ratio might come true soon. Let’s move to the listing.

The ZTE Axon 20 was launched on the market as the first smartphone in the world with an under-screen front camera, that is, without perforations, notch, or space that disturbs the view. It has a 6.92-inch OLED screen at Full HD + resolution and is powered by a Snapdragon 765G processor with available variants of 6GB of RAM and 128GB of internal storage, or 8GB of RAM with 256GB of internal storage. It has a quad-camera array 64MP + 8MP + 2MP + 2MP on its back, while its front camera for selfies is hidden under the screen with a 32MP lens.

In our under-display camera phones list comes Vivo APEX 2020. This Vivo phone comes with a 6.45-inch FHD+ screen that hugs the sides of the phone to dispense with the physical volume and power buttons. It works hand in hand with the Snapdragon 865 processor, and it comes with 12GB of RAM and 256GB of storage. Also, on its back, there is the main camera with 16MP + 48MP sensors and a 16MP camera under its screen.

The next generation of folding mobile phones from the Korean company is getting closer and closer and is expected to be launched at the end of August this year. Now, although they have greeted many rumors about the features that it will bring with it, the one that has most attracted the attention of users is that, and according to some images that came to light a few months ago, the Samsung Galaxy Z Fold 3 could have an under-display camera, being a 16MP sensor.

Last month, a leak revealed when the Xiaomi Mi Mix 4, this long-awaited terminal from the Chinese giant, would arrive. The source of the report is the informant Techdroider through his Twitter account, and according to what he points out in his publication, the launch event for the Xiaomi Mi Mix 4 is expected to take place in September of this year and, likewise, he also said that the rumors that this phone will come with an under-display camera could be true.

Likewise, Oppo, Vivo, ZTE, and Meizu are all expected to show phones with new under-display cameras in the second half of this year.

What is an under-display camera?

As its name suggests, it is a type of camera that is located under the phone screen, so that it cannot be seen.

What are the under-display camera advantages and disadvantages?

How does under camera display works?

The camera has to adapt and the screen has to become transparent when a photo is to be taken, to capture it with the best quality and allow light to pass through. Also, there needs to be continuity between the rest of the screen and the area in which said the objective is located. In addition, the software must adapt as well, to be able to improve the image alteration.

Is an under-display camera possible?

Yes, with the help of OLED displays it is possible to have an under-display camera.

What do you think of this new technology? Let us know in the comments! 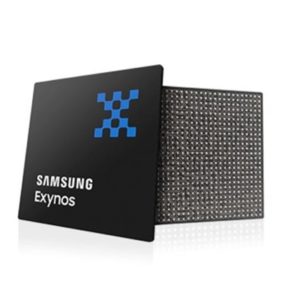