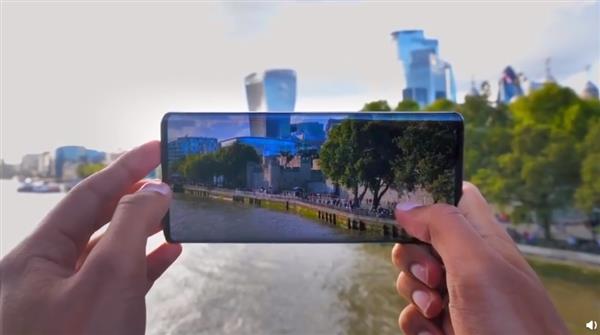 What is the new form of the full screen? At present, “Waterfall Screen” will become the new trend of the flagship phone. And we already have the leaks confirming that Vivo NEX 3 will be the first phone to follow that trend.

Last week, vivo officially announced that its NEX series new NEX 3 5G will be officially released in September. The biggest feature of the phone is that the left and right sides use a side screen close to 90 degrees, which is like a “waterfall”, so it is called “waterfall screen”. Its screen ratio has reached an unprecedented 99.6%, is the highest flagship screen-to-body ratio to date, and is the world’s first waterfall screen flagship.

After passing the 3C certification, the new models of Vivo NEX 3 ‘V1924T’ and ‘V1924A’ are now approved by the Ministry of Industry and Information Technology, and the ID photos are also exposed. There’s no denying that this is the vivo NEX 3 5G.\

From the pictures, in addition to the highly recognizable “waterfall screen”, the phone also uses a round rear lens module. The color is also more distinctive, and the words NEX 5G are printed on the back.

Because of the use of “Waterfall Screen”, the volume bar and power button on the side of the phone are all canceled, and it needs to be operated by pressure touch. It is expected that there will be vibration feedback during the operation.

It is reported that the vivo NEX 3 5G will feature Qualcomm Snapdragon 855 Plus processor. There will be a rear 64MP AI triple-camera. Meanwhile, the front camera with come with the lifting design. The phone will also support 44W fast charge, as well as 5G network.