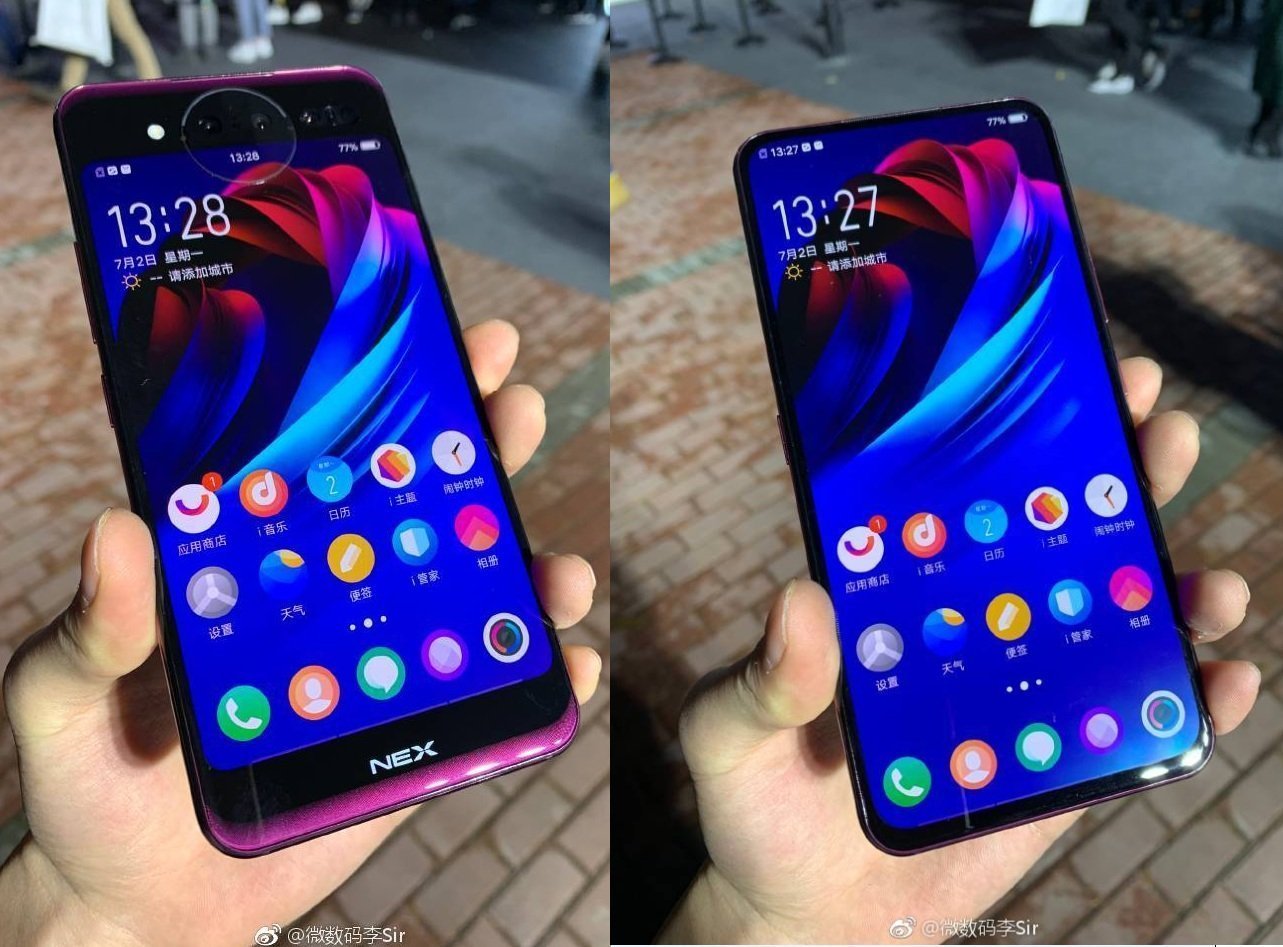 It may seem like an absurd idea, but the truth is that devices with more than one screen have been around for a long time and have always managed to get a market. A case that comes to mind personally was the Nintendo DS at the time, where the whole concept of having two panels sounded crazy and somewhat confusing, but the results were finally amazing and revolutionary. This concept is moving in its own way to Smartphones (although it is not new, its relevance was very scarce), and today we are going to review a terminal that will not leave anyone indifferent. In this Vivo Nex Dual Display Edition Hands-On Review, we will check if the reckless bet of the manufacturer is enough to compete in the Smartphones market.

Vivoalready gave us clues to want to get away from the basic design aspects of this market. We can appreciate in the Vivo Nex Dual Display Edition Hands-On that they have taken this even further.In this way, Vivo has bet heavily eliminating the front camera, but integrating an additional screen to the backof the Smartphone.

An ingenious solution that arises from the basic premise of what to do with cameras to be able to create a complete screen. The solution? That no such concept as back or front thanks to both have a screen. The result? A terminal with a full screen of 6.4″ and a 2340 x 1080p resolution and another support panel of 5.5″ with 1920 x 1080p. Both have a 16:9 aspect ratio and are OLED type.

The camera modules have been unified in a single face of the Vivo Nex Dual Display Edition, which has allowed them to greatly enhance their power, completely deleting the front camera. The ring that encloses two of the photographic modules even has utility beyond the aesthetic. This works as a notification LED or as a lighting source for certain types of photos, so we can say that thecompany has thought of everything.

Finally, we commented that the terminal has dimensions of 15.71 x 7.53 x 0.81cm and weighs 199.2 grams. At the moment it is known that the Smartphone will be available in blue and dark magenta colors.

We are before a titan, a colossus of the high range. We are pleased to speak in this Vivo Nex Dual Display Edition Hands-On of all the technical qualities that the terminal possesses. The first thing is its Snapdragon 845 processor, which we already know is practically the latest (not counting the recently announced new generation) of Qualcomm’s SoC’s. Additionally, we are facing one of the first cellular exponents to reach 10GB of RAM, guaranteeing a fluid handling of multiple tasks. The ROM memory has remained more conservative, reaching 128GB.

Additionally, the terminal’s battery has been upgraded to have a capacity of 4000mAh and compatibility with Quick Charge of 10 volts. The operating system is Funtouch 4.5 based on Android 9 Pie, and at the level of interfaces and connectivity the Smartphone has a fingerprint reader under the screen, a type C USB Port, a3.5mm jack for headphones and Bluetooth 5.0.

The Vivo Nex Dual Display Edition is scheduled for release in China this December 29 for a price of 4,998 Yuan (approximately $726). Vivo has not announced other plans for its launch, so it remains to wait and see itsreception in the Asian country.