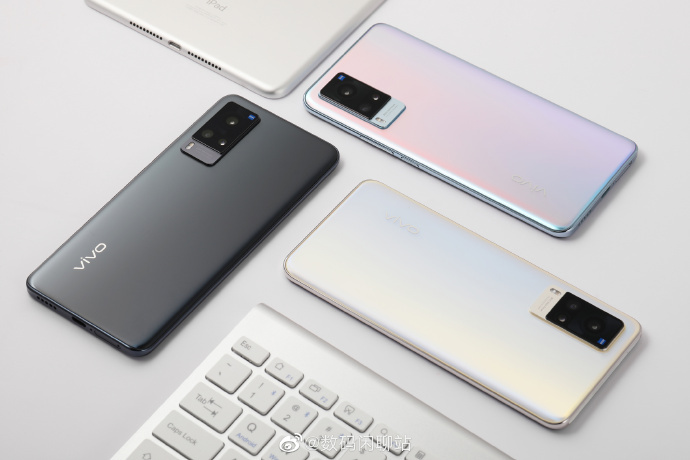 Since the introduction of more robust technology such as higher configuration and more cameras, smartphones are becoming thicker and heavier than before. However, according to the leaks today and Vivo X60 renders, the phone is expected to be the World’s Thinnest 5G phone with only a thickness of only 7.3mm.

Moreover, it is worth mentioning that Vivo X60 5G is also expected to feature a 4300mAh battery.

According to the renders, Vivo X60 comes in three colors: gradient multi-color, black, and warm white. It uses a special AG glass body, which feels good to the touch, a bit like silk, with a Zeiss lens at the rear. On the back, we have three cameras with a fresh triangular arrangement and a unique placement of the ZEISS logo on the top right and a Dual-tone LED flash at the bottom. Professional Photography is also written on the top.

With more details, Vivo X60 5G will be the first phone to feature the Samsung Exynos 1080 SoC. In November, the Samsung Exynos Exynos 1080 flagship-level SoC based on the 5nm process was released. It is reported that this SoC is also the third SOC in the Android market that uses this process, and its energy efficiency ratio has increased by 20% compared to the 7nm process.

The leaked AnTuTu score of Exynos 1080 is around 620,000 points, and the CPU and GPU scores are even also equal (slightly better) to those of the Snapdragon 865.

It is understood that the Vivo X60 series is equipped with the second-generation of gimbal-style stabilization. Compared with traditional OIS optical image stabilization, this technology can achieve anti-shake correction in multiple directions. Another feature is Night vision 2.0.

Of course, Vivo not only uses the gimbal-style stabilization technology but also develops Zeiss optical lenses jointly with Zeiss and is equipped with the X60 series.