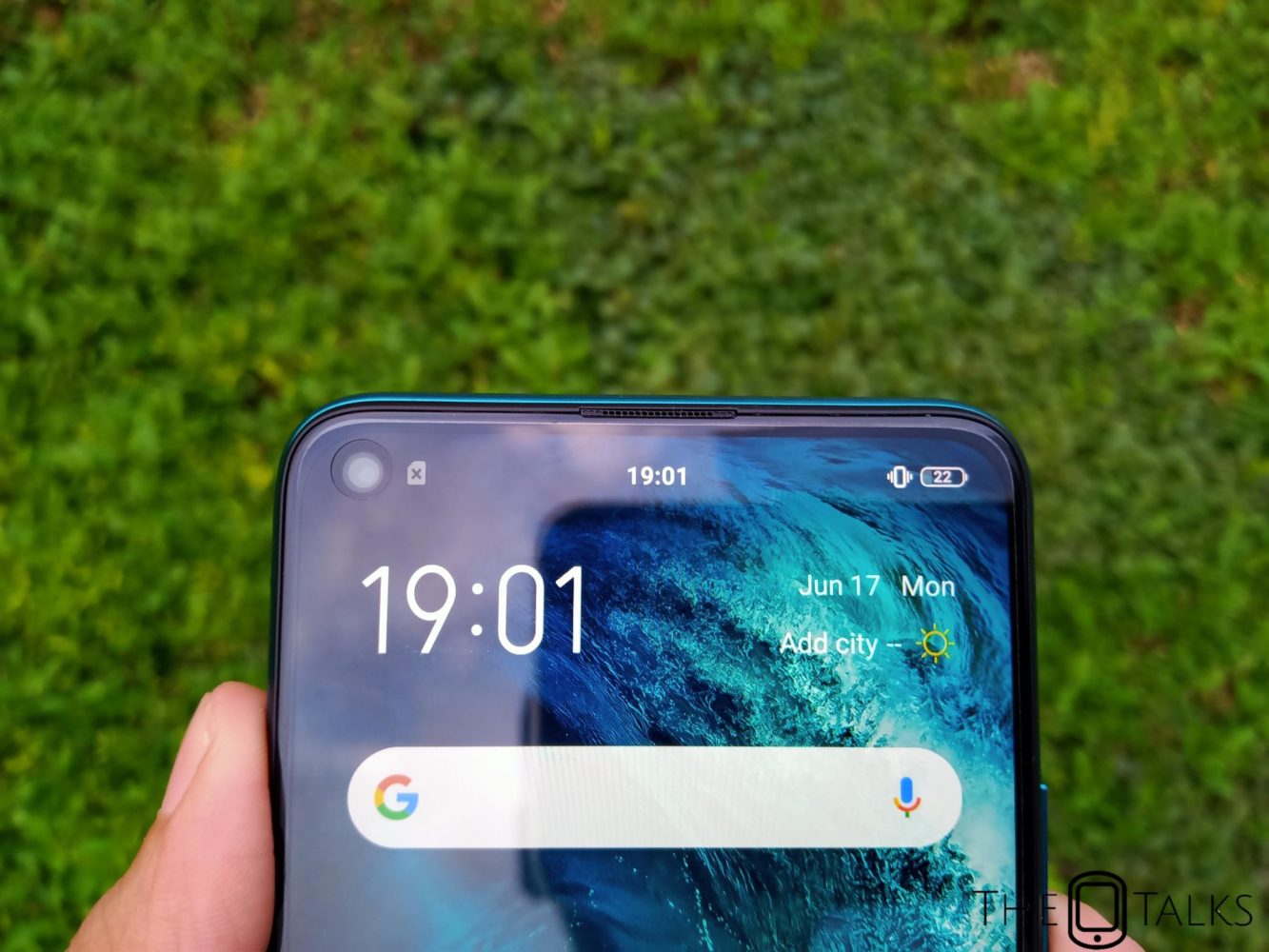 Samsung Galaxy M40 is its current competitor with the same punch hole design with a hyped name ‘Infinity-O display’.  However, Z1 Pro undercuts it with a large margin. M40 is priced around Rs 19,999 INR, meanwhile, Z1 Pro is Rs 5000 cheaper with a price of Rs 14,999. Another competitor is the Redmi Note 7 and 7 Pro under the same price category but with a cheaper looking plastic design and water-drop notch.

So, is Vivo Z1 Pro more than the punch hole camera design, let’s find out in this preview:

Z1 Pro occupies a space of 162.39 x 77.33 x 8.85 mm and weighs 201 grams which is one of the heaviest budget smartphones we have ever seen. However, Vivo has done a pretty good job in maintaining the device slim (under 9mm) despite the 5000mAh battery. Even the weight feels properly distributed over the large chassis and practically it does not feel that heavy unless you are watching a video or playing a game while holding it in the landscape. The large battery and the metal frame surely add much in the weight. 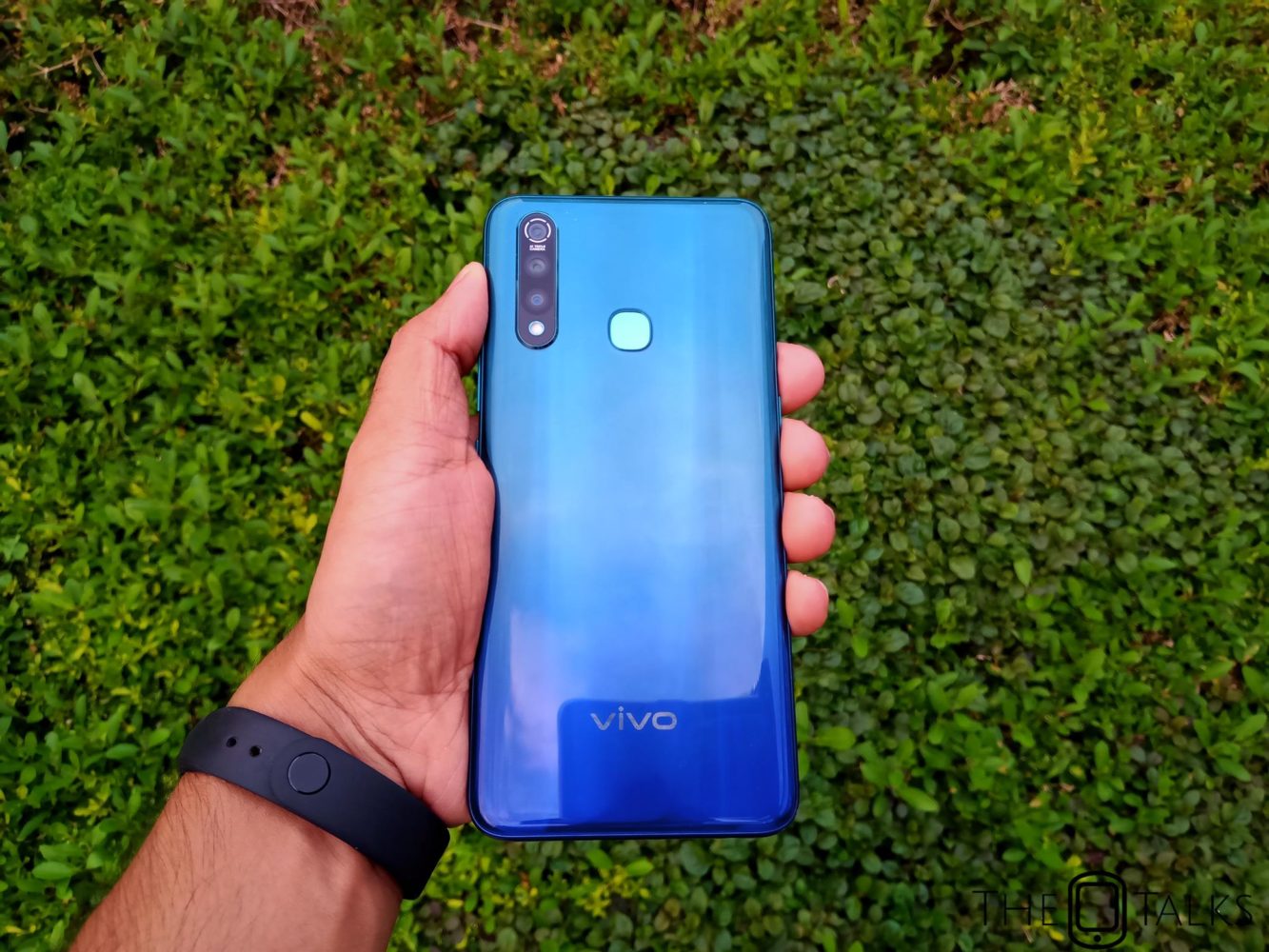 On the back, we have the fingerprint reader embedded at the top center along with a vertical configured triple rear camera on the top left. Oh, and the camera design brings some refreshment with the circle marking on the primary sensor and Dual-LED flash separated from sensors in the same glass lens.

The front has the glorious punch hole design with the camera resting inside it. The bottom chin is almost the same thickness as in Vivo V15 Pro, Realme X, and Redmi Note 7.

Also Read: Realme 3 Hands-On Review – Everything You Need From a 2019 Smartphone

The built quality is great than most of the budget flagship out there. We have the gradient design with an aurora-like reflection at the rear. The phone is forged from aluminum alloy along with the glass coating on the back to make it outstand Redmi Note 7, Realme X, and other budget phones in terms of holding experience and quality.

Vivo Z1 uses the slightly upgraded version of SD 710 which is Snapdragon 712, along with the memory and storage configuration of 4/6GB and 64/128GB (expandable up to 256GB via MicroSD card). It supports cooling and turbo game mode. In game mode, users can get better surround sound and game tactile feedback. Vivo Z1 Pro also features voice changer and hearing sound recognition, which can improve the winning rate in the PUBG mobile.

Here’s the Geekbench score of the phone: 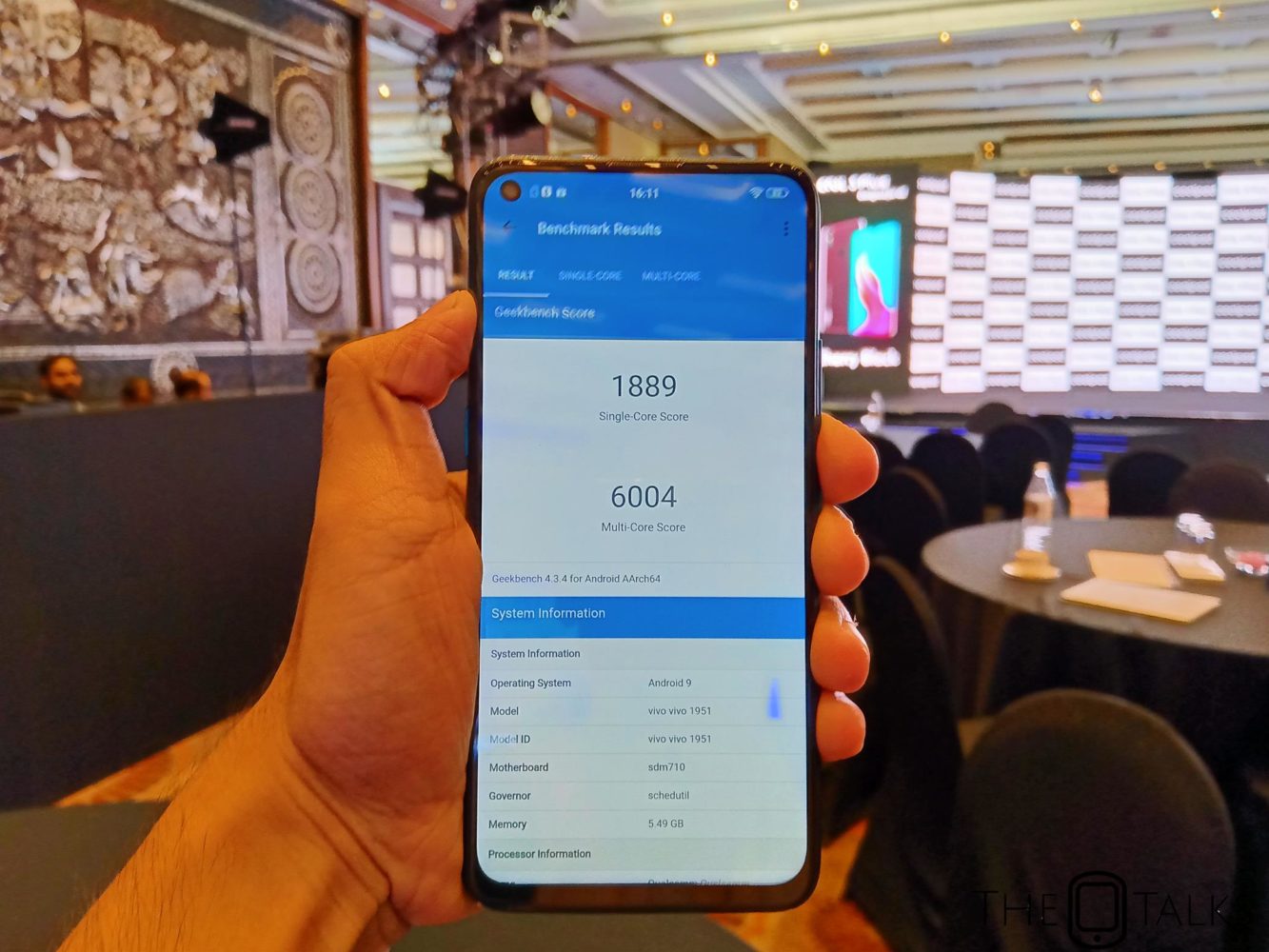 Considering the display, we have a large 6.5-inch Full HD+ (2340 x 1080 pixels) IPS display with the in-display selfie camera, embedded in the punch-hole cutout on the front. This gives the screen a 19.5:9 aspect ratio and a nice 83.4% screen-to-body-ratio. It goes beat Redmi Note 7 / Pro in quality and appearance as well as performance. 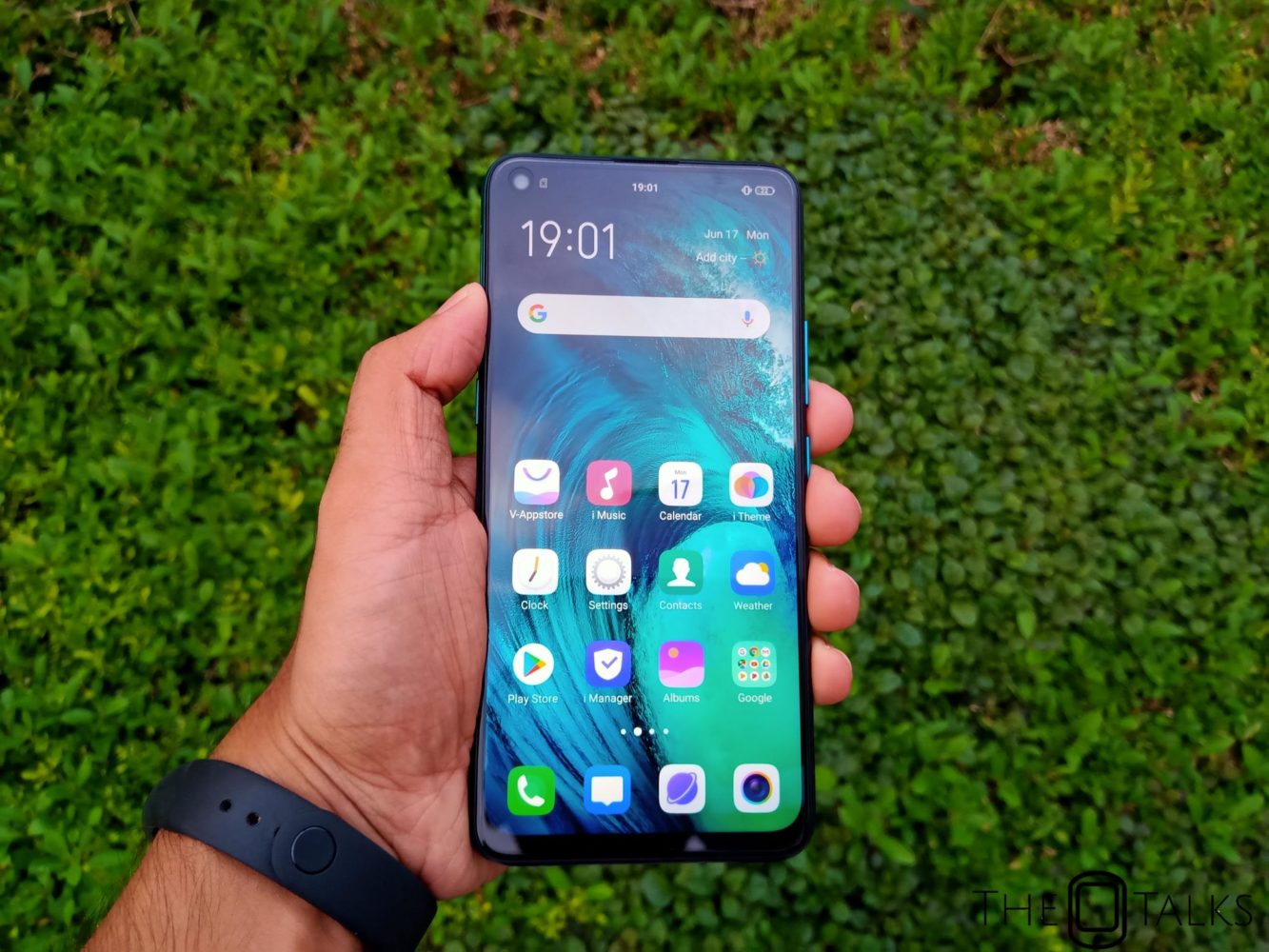 At the same time, on the rear camera, according to the introduction of vivo, there’s the 16MP triple camera configuration. Getting into details, we have: 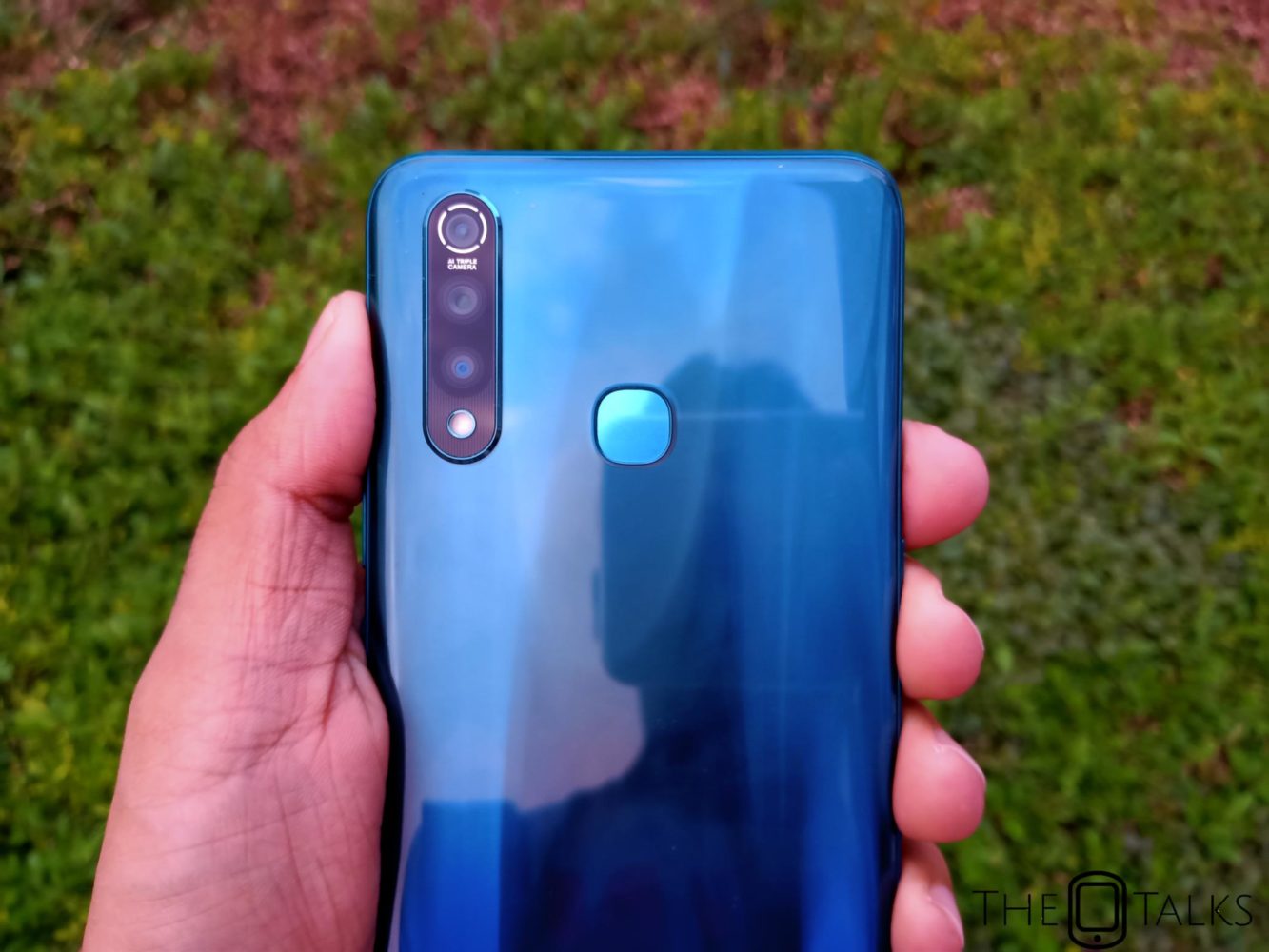 Meanwhile, on the front, we have the excellent 32MP selfie shooter with an aperture of f/2.0. Vivo has provided a list of camera features on the Z1 Pro which include: AI Filter, Backlight HDR, Portrait Bokeh, Portrait Light Effects, AI Stickers, AI Beauty, and Live Photo.

Unfortunately, the rear main camera of the vivo Z1 Pro does not have a 48 MP like of Redmi Note 7 and 7 Pro. Obviously, this might affect the flagship position as well in the camera section. However, it’s not that bad. Thanks to the large aperture, in-depth and wide angle sensor, we have wide, clear, and detail images even in low light. Here are some camera samples:

Now comes the greatest highlight of the flagship which is the massive 5000mAh battery, 1000mAh more than the Redmi Note 7. Optimized with the power efficient SD 710, one can easily expect the battery life of more than 2 days and almost 1.5x better than Redmi Note 7. Sadly, at the bottom, we have the traditional microUSB port to charge the phone. Vivo covers this downside by making Z1 Pro support reverse charging, which can be used as a mobile power source for other mobile phones and accessories. On the system side, the phone runs on Funtouch 9 based on Android Pie. 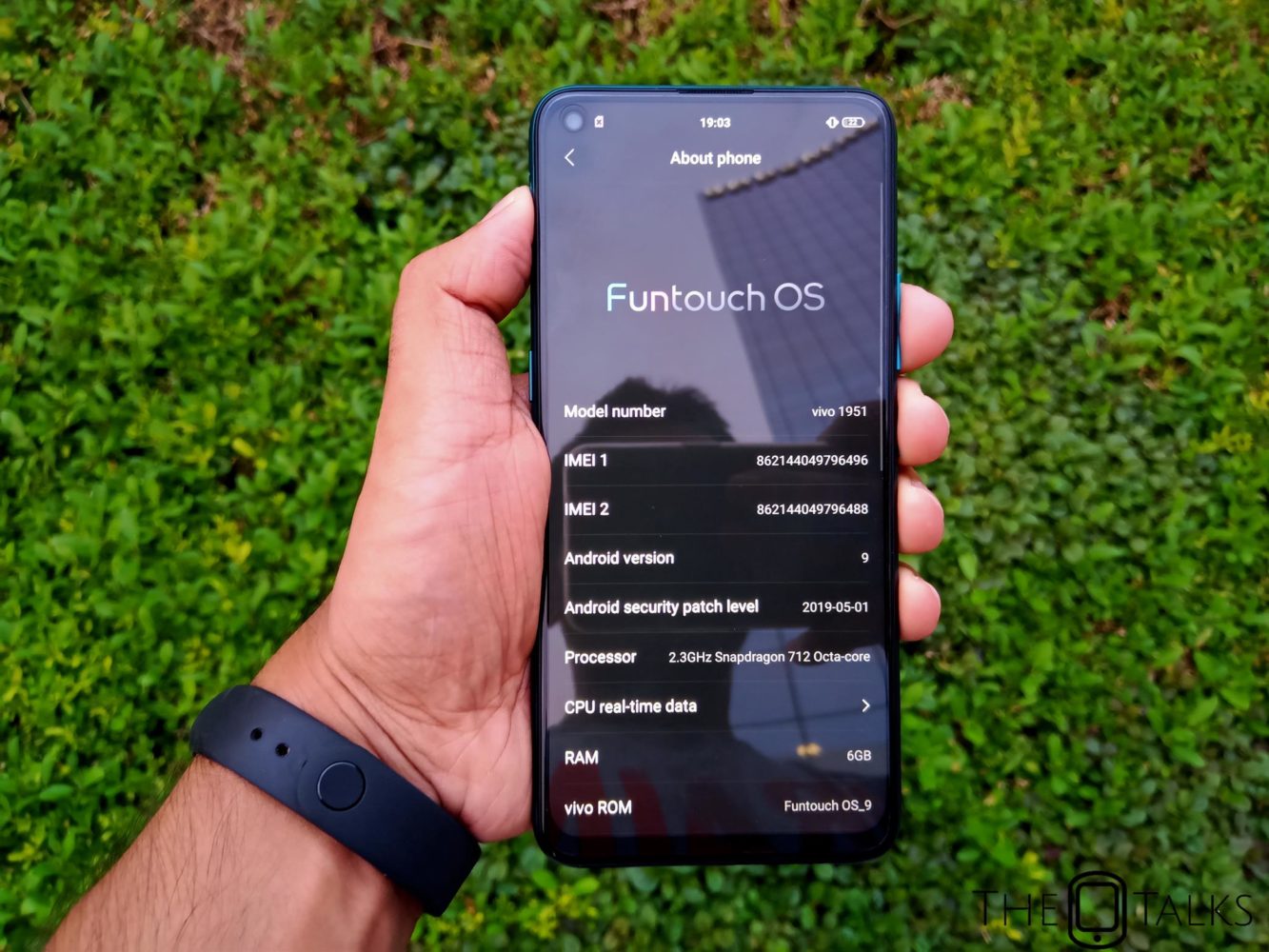 In terms of price there are only two variants: