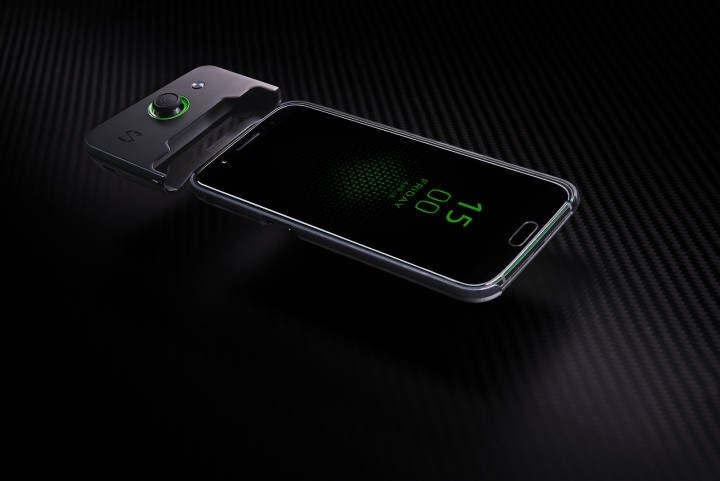 On April 13, the Xiaomi Black Shark officially came out, the company’s new foray into specialized Smartphones to play. However, it is still a phone that is not oblivious to the problems that other mobile phones can suffer, be it Hardware or Software. Some users have reported a certain inconvenience in the device, and the response of the manufacturer was immediate.

Xiaomi Black Shark – The device is in a perfect condition

Let’s briefly review the Xiaomi Black Shark. The device has a 5.99-inch screen with a resolution of 2160 x 1080p, also at the power level, it has a Qualcomm Snapdragon 845 processor (the latest in its range), accompanied by 8GB of RAM and 128GB of internal storage. On the back, it has a dual camera configuration with 20 + 12Mp sensors, and on the front, it has a 20MP sensor. In addition, the battery is of 4000mAh to make the most of the hours of play.

As we mentioned before, it is a device that can also present failures such as a Smartphone, both at the hardware and software level. And is that today several users began to file a complaint about the Xiaomi Black Shark, as apparently, it reacted abnormally to touch when making a gesture of smooth sliding. 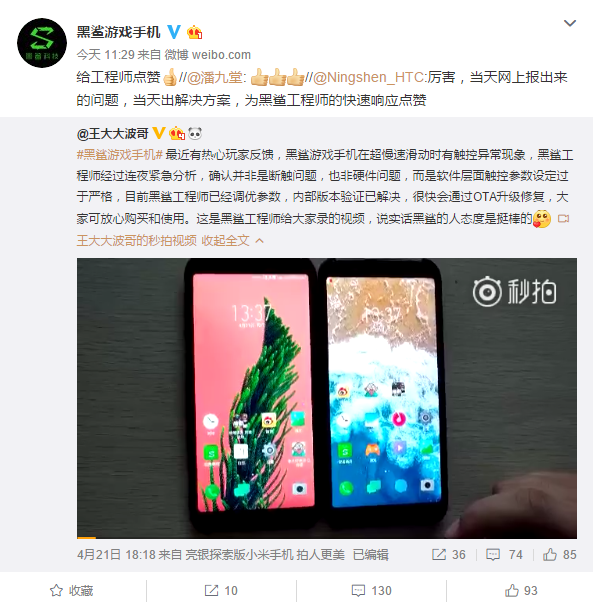 Immediately the engineers in charge of the mobile began to analyze the situation, and shortly after, they confirmed that there is a problem with the sensitivity on the screen, but that it has no relation with the hardware, but that the inconvenience is created from some very strict parameters in the software. The correction of this problem was done successfully, and after passing the verification, the update for the phone would shortly be launched by OTA.

The official account of the Xiaomi Black Shard indicated that if everything goes according to plan, the update would come out on April 27. At the moment the first shipment of this Smartphone has run out of stores, and its next shipment is stipulated for April 27.