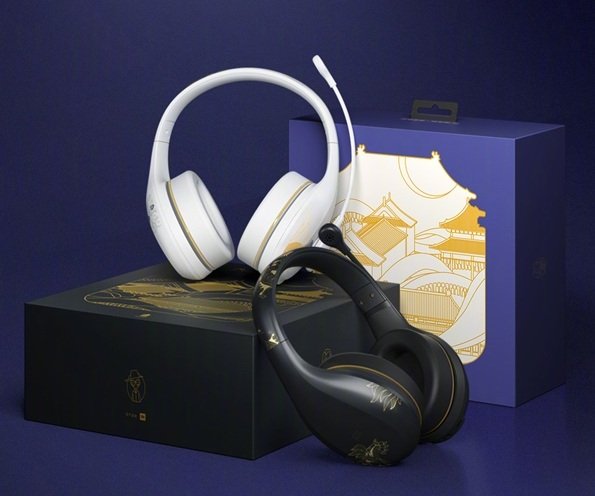 The Xiaomi Bluetooth Karaoke Headset Special Edition are seen for the first time!

In a special meeting called by Xiaomi, the company announced what until a few days ago was a device that was in a sea of speculation. Finally, it has been presented a special edition of the Xiaomi Bluetooth Karaoke Headset. These headphones recall part of the Asian culture and serve as a gift as it is an exclusive edition. Let’s know the details of the presentation.

An old crank phone inspires the new special edition of the Xiaomi Bluetooth Karaoke Headset, more specifically by a model installed by Emperor Pu Yi. Based on this, the company wanted to bring the device to a philosophical background, ensuring that the generated sound has such a good quality that it is as if it were our own thinking.

Thanks to its design, the manufacturer has managed to connect two very different eras, bringing the magnificence of the Forbidden City to compact karaoke headphones. In this way, we can see how they implement the sacred beast in the drawing engraved in golden color.

The Xiaomi Bluetooth Karaoke Headset Special Edition are not just aesthetics. These also have other features, such as reverb thanks to its design, one-button diaphonic function and umlaut function with up to 5 types of variable sounds, all depending on our taste to achieve the best sound quality.

Additionally, apart from the functions that alter the quality of the audio, the headset has high definition recording, unique sound effects for each operation and the possibility of controlling the voice assistant of different Smartphones through the microphone of the headset. Physically, with a single button, wewill be able to change the song in playback and even stop it.

Everything indicates that the Xiaomi Bluetooth Karaoke Headset Special Edition will be released on December 24, but for now, there is no known price at which they could reach stores, nor its availability in more parts of the world than China.