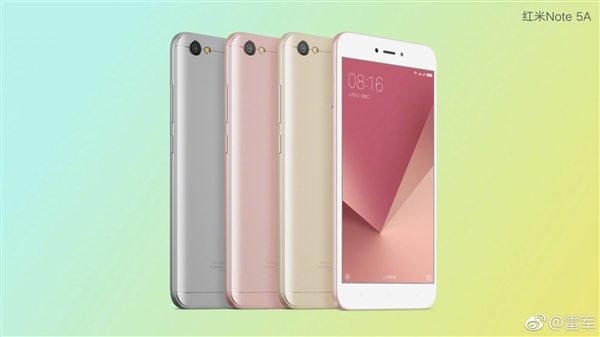 Xiaomi Redmi Note 5A is not far from release. The flagship is expected to the release on August 21. The anticipation seems to be increasing after every leak. But, today, we witness no rumors but a confirmed highlight of the Note 5A. 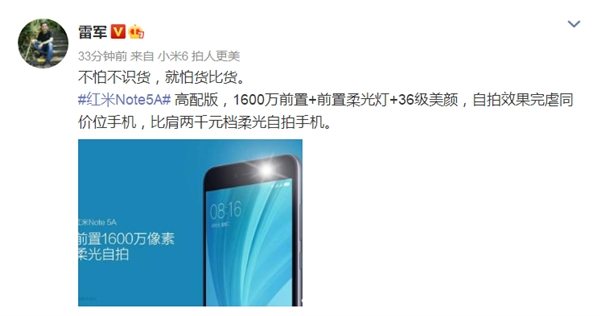 Xiaomi CEO ‘Lei Jun’ teased the Xiaomi fans on Weibo by revealing one of the selling points of the upcoming flagship. He says that Xiaomi Redmi Note 5A will feature a great 16MP front selfie shooter along with front LED flash and 36 levels of beauty mode. Moreover, he focused on the self-timer feature of the camera. 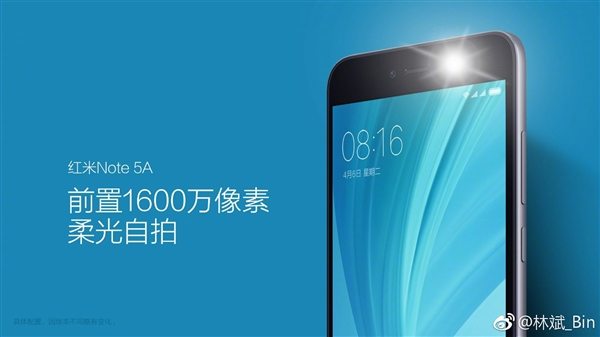 At present, the appearance of this new flagship has been released. The Note 5A rear appears to be a three-stage metal chassis design, imitation metal appearance. It’s simple and elegant designed for young users.

The phone integrates a 5.5-inch 720P display. Furthermore, the heart of the flagship is Snapdragon 425 SoC accompanied by 2/3GB RAM, 16/32GB ROM and battery capacity of 3000mAh.

According to the survey, female users mostly prefer the best front camera with self-timer effect. It appears that Xiaomi Redmi Note 5A will conquer the hearts the female smartphones users. Well, we will see that after 5 days from now.