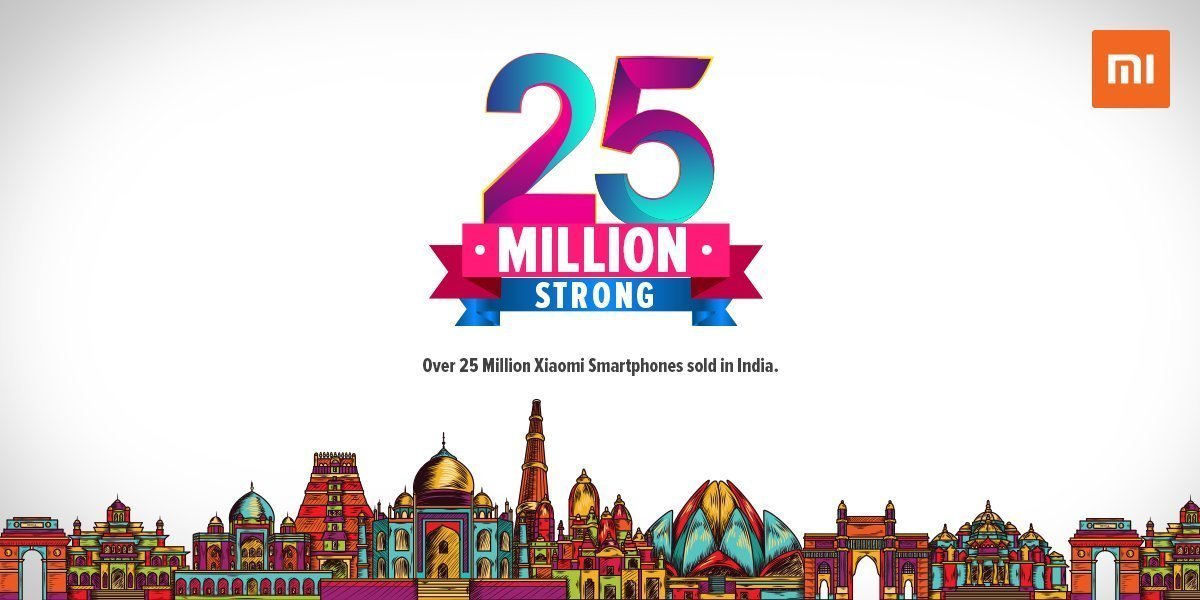 Three years ago, Xiaomi entered the Indian smartphone market. Who would have possibly imagined that this Chinese brand would turn into India’s best-selling smartphone brand and second largest smartphone manufacturer after Samsung?

After three years and one month the result is surprising as according to Manu Kumar Jain’s Tweet, the smartphone manufacturer from the Chinese land makes another record in India. In three years, the company crosses the 25 Million Mark (sold 25 Mn phones).

He also added that about 22,000 Mi and Redmi smartphones are sold every day in India. He says that after retweeting his tweet, one person will get a Mi MIX as a giveaway as well.

RT my 1st tweet announcing 25 Mn sales mark, and I will give out … wait-for-it … a Mi MIX to a lucky winner 🙂 @XiaomiIndia https://t.co/2mFXMGZk3p

Most of the phones on the list are from the Redmi family including India’s best-selling phone of 2016 Redmi Note 3 and Redmi Note 4 of Q1 2017. Late year Xiaomi had a great issue of smartphones available, as the phone’s production couldn’t stick with the enormous demanding population of India.

Now the company is also launching a new smartphone in India ‘Xiaomi Mi 5X’ to conquer the mid-market. As long as the Chinese manufacturer offers the best price-to-performance ratio, Xiaomi will continue to rise.