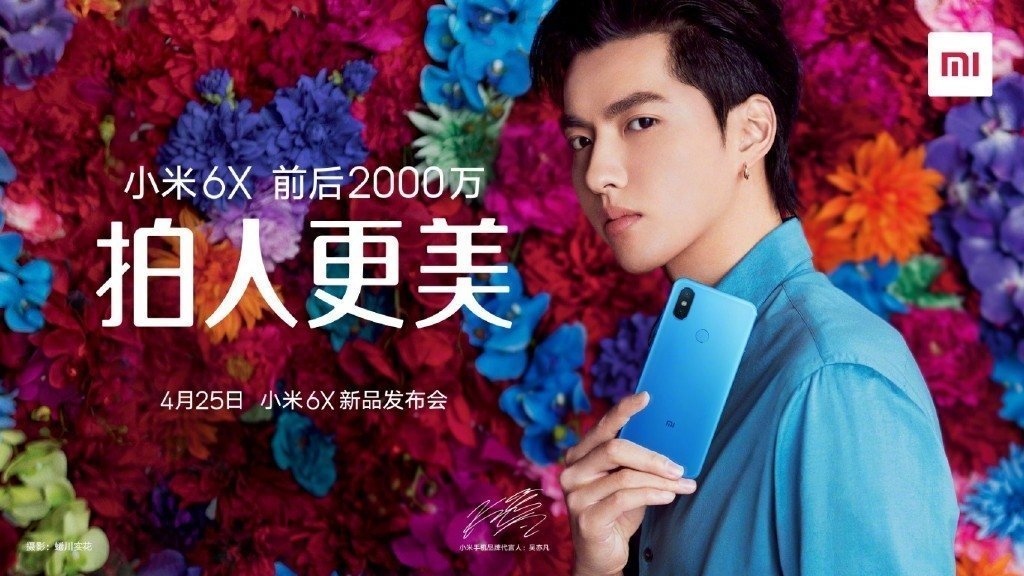 On April 25, Xiaomi has scheduled a new product presentation conference at Wuhan University. It is at that moment that the Xiaomi Mi 6X, the new company’s mid-range terminal with full screen, will be presented. Today has been loaded with news regarding the terminal, because the same Xiaomi made the official announcement of the terminal, with a series of posters and one video. As if that were not enough, they also announced the price of the phone.

The Xiaomi Mi 6X will be available for its purchase in 5 colors, including cherry powder, red flame, sand gold, glaciers blue and black stone. Regarding design, the terminal will be similar to the previous generation of Xiaomi Mi 5X, with a full-screen design with 18:9 aspect ratio. It will have a rear dual camera configuration in vertical format, and the back is built in metal and has a finger scanner.

However, it is evident that the best feature of the mobile is still the capture of photos, especially selfies. This is confirmed by the poster where Wu Yi Fan (also known as Kris Wu) holds the phone and is accompanied by the slogan “Before and after 20MP, making people more beautiful”.

The Xiaomi Mi 6X got the network license at the MIIT. The page related to the terminal contained information about that rear camera of the mobile, confirming that it would be conformed by a Sony IMX 486 sensor of 20MP (with a pixel size of 1.25 microns) and a 12MP sensor. As for the front camera, it would be 20MP as we mentioned previously.