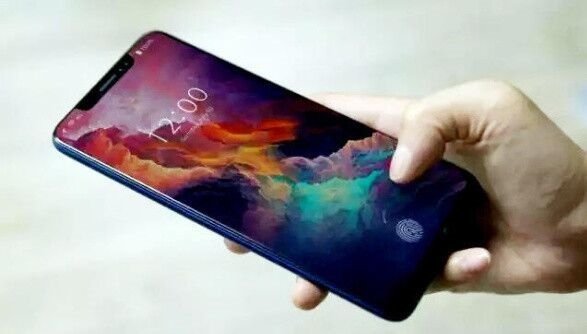 Xiaomi started the journey in 2011 with the release of Xiaomi Mi 1. On May 31, 2018, the 8th-anniversary masterpiece known as ‘Xiaomi Mi 8’ will be releasing. How do we know? Today, Xiaomi official announced Xiaomi Mi 8 release date on Weibo along with the official poster. 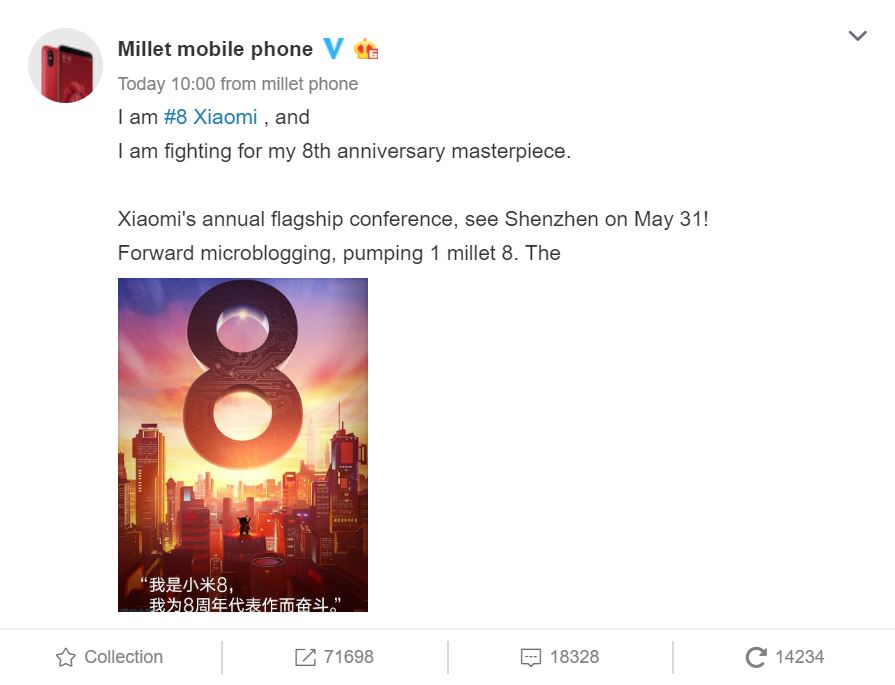 Getting into details, the poster illustrated the figure ‘8’. On the top of one of the building was standing Xiaomi’s signature ‘Rabbit’ figure. The poster quoted:

I am Xiaomi Mi 8, I fight for the 8th anniversary of the masterpiece.

The poster ends with the Xiaomi Mi 8 release date along with the Venue, which is Xiaomi annual flagship conference, Shenzhen, May 31. More interestingly, the skyscrapers in the poster itself describe the Venue as Shenzhen is also known as ‘The City of Technology’ where most of the Chinese products are manufactured. 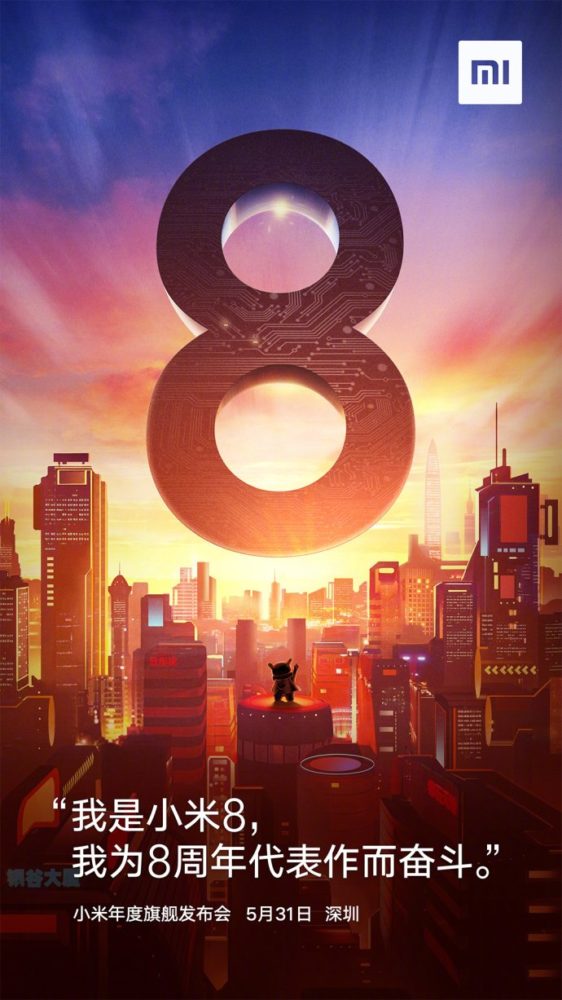 Xiaomi Mi 8 will be the best of Xiaomi still date. At present, the two new models M1805E2A and M1803E1A have passed the 3C certification. Both of them supports 18W fast charging and are speculated to be none other than Xiaomi Mi 8.

According to previous news, Xiaomi Mi 8 will use a full-screen design (top-notch and narrow chin). It is reported that Xiaomi Mi 8 has applied the true 3D face recognition technology for the first time in the Android camp. In addition to the front camera, earpiece, proximity sensor, and light sensor, it also integrates an infrared lens, infrared flood light, and Dot depth lens. Thus:

In addition, the new flagship will be equipped with Snapdragon 845 processor. A generous 8GB LPDDR4X memory, UFS 2.1 flash memory, as well as wireless charging. 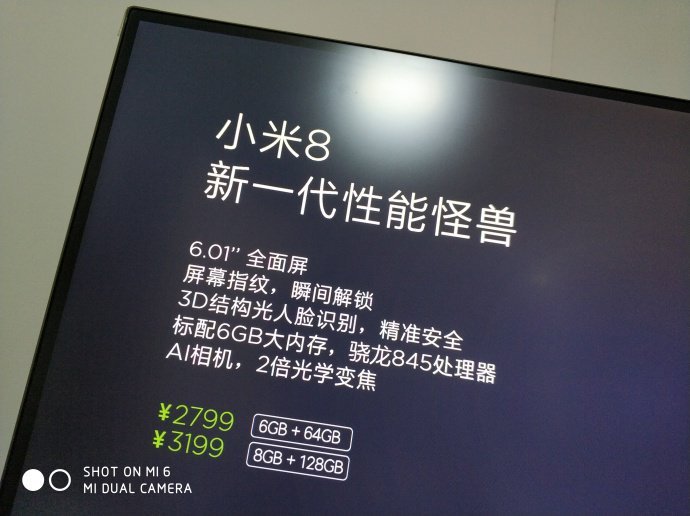 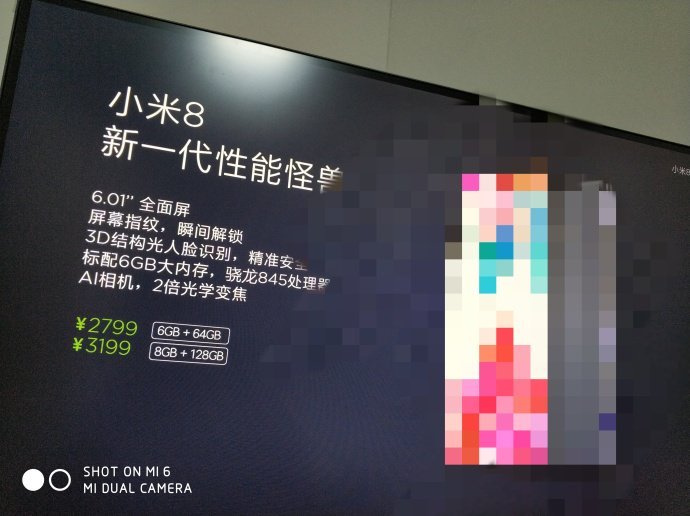 There are still 9 days before the conference, but we can already feel the anticipation increasing every day of a Mi fan. Xiaomi Mi 8 has plenty of features to surprise you. Doesn’t it?