Yesterday, Xiaomi MIUI officially announced that the Xiaomi Mi 9 MIUI Android Q Beta developer version has been pushed.  A few MIUI beta testers have also started testing, while others can easily apply and install it.

In other words, the already qualified Xiaomi Mi 9 users can now try to download Android Q (ie Android 10.0) Beta. It should be noted that Xiaomi Mi 9 is also one of the first upgradeable Android Q models officially announced by Google. 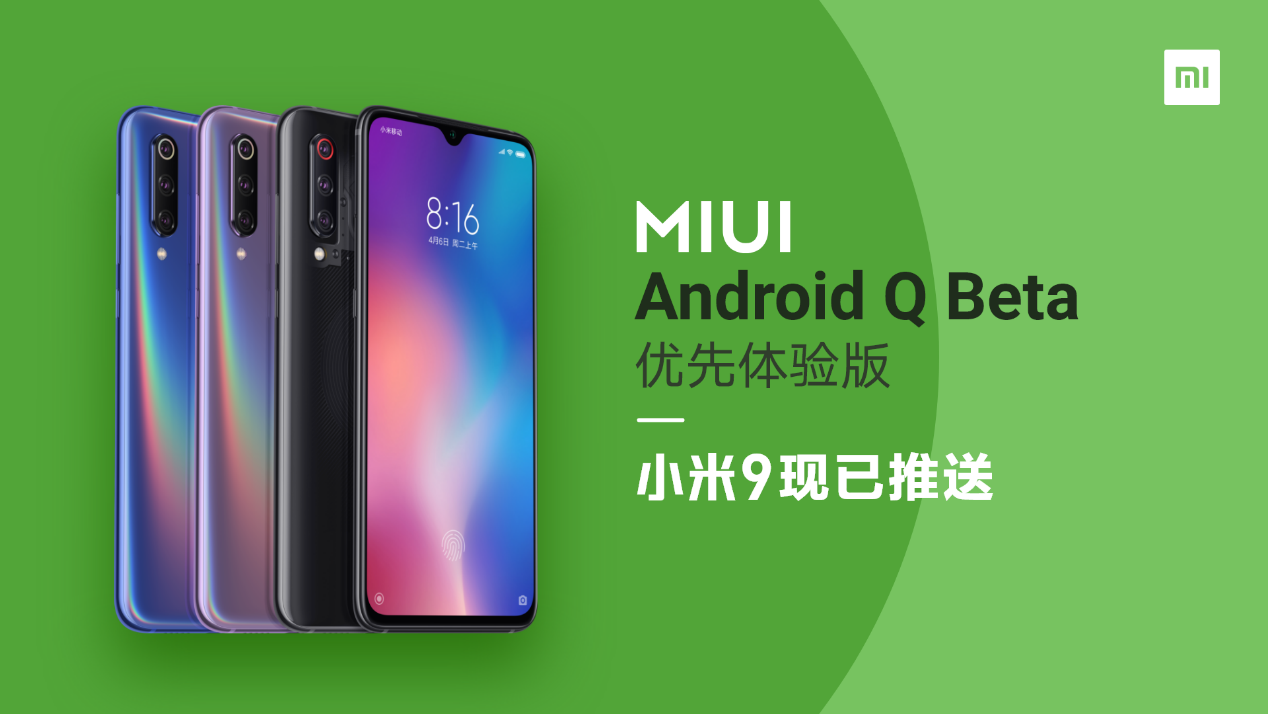 The upgrade method to Xiaomi Mi 9 MIUI Android Q Beta Developer ROM is very simple. If you are using the latest version of the development version, you can upgrade directly through OTA without clearing data. If you are using the stable version or the China version, after the Bootloader is unlocked, you can upgrade by data cable but it needs to clear all the data before installation.

On the same day, Zhang Guoquan, director of Xiaomi’s system software department, took a screenshot of MIUI 10 based on Android Q depth customization, giving people a glimpse of what latest version of MIUI looks like.