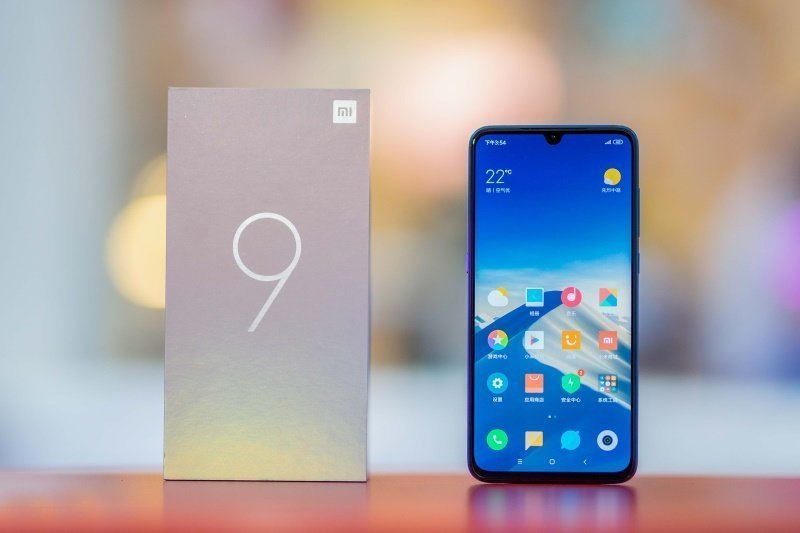 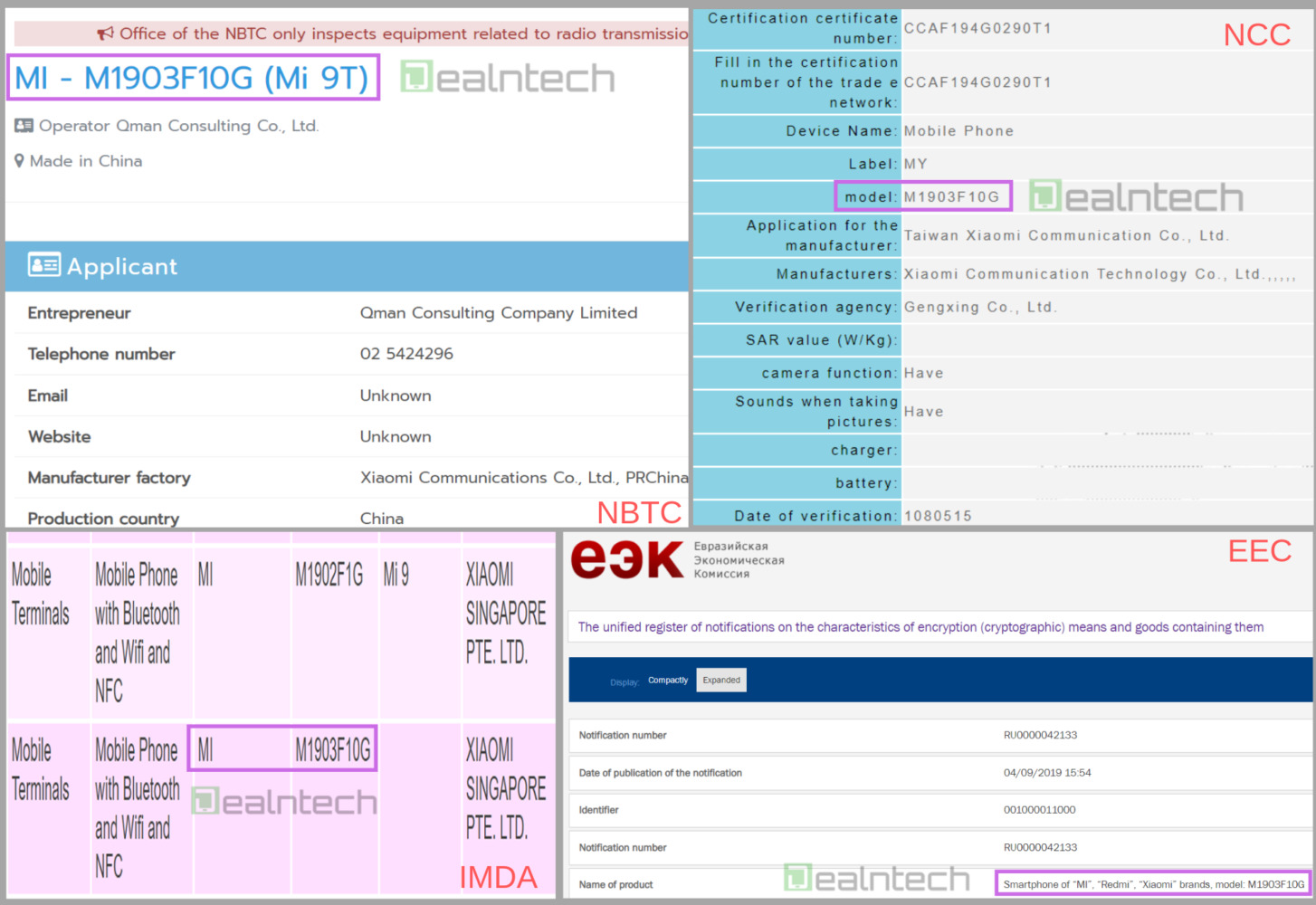 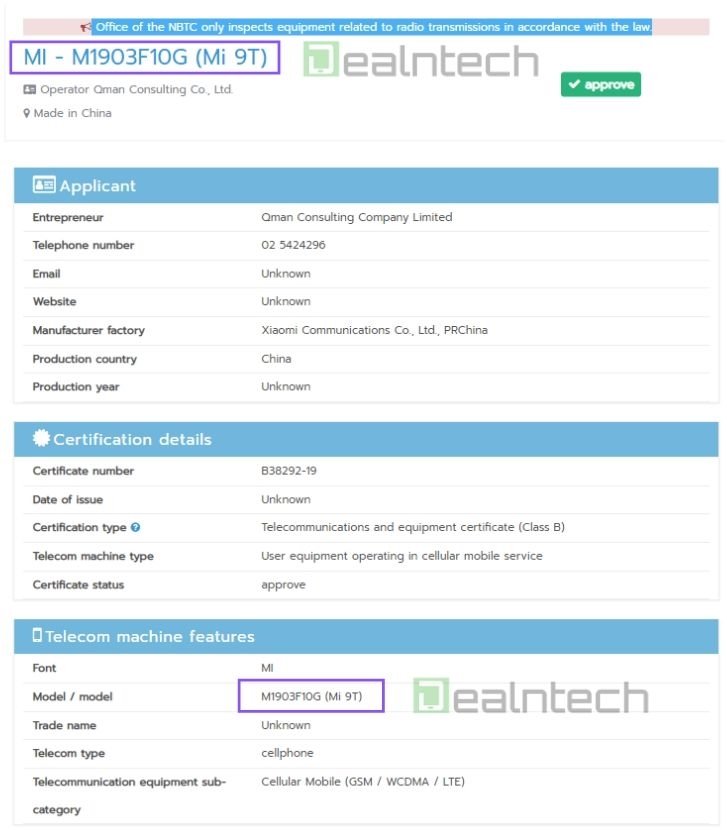 From this, Mi 9T or Mi 9 Pro may be an enhanced version of Mi 9. It will retain most of the specifications such as Snapdragon 855 SoC, Sony’s 48 MP ultra clear camera, etc. However, it may be equipped with a larger battery and higher specifications of memory and storage.

In addition, the certification of Xiaomi Mi 9T in different regions means that the flagship will be available for sale in the global market, so stay tuned!