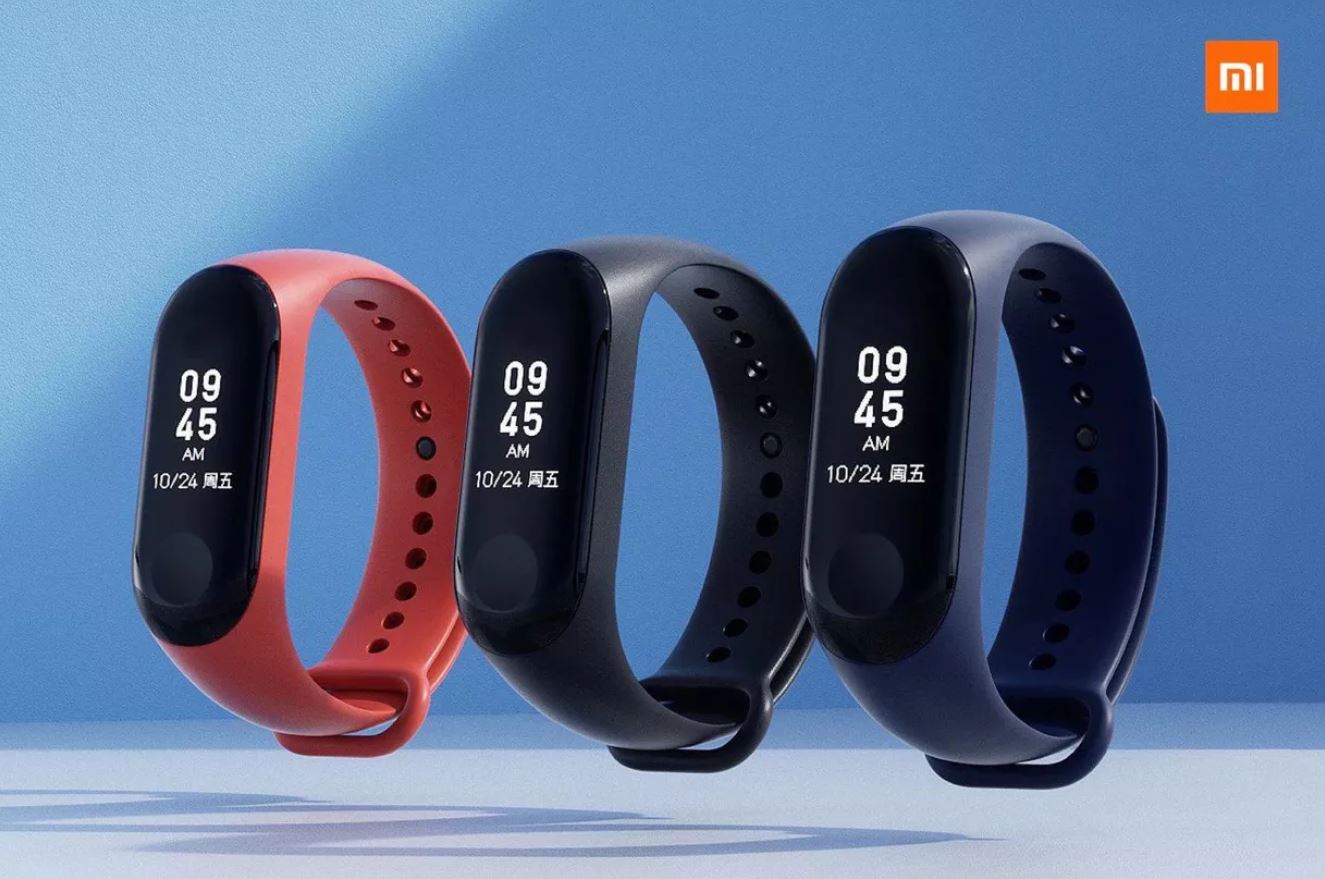 Today, in Xiaomi product release conference, Xiaomi kept the best thing for the last which was Xiaomi Mi Band 3. After a wait of nearly two years, Xiaomi Mi Band 3 has released. We had numerous leaks about Xiaomi Mi Band 3 and most of them appeared to be true now that the band is here.

Let’s get into the details and know the third generation of Xiaomi Mi Band series better:

Xiaomi Mi Band 3 continues the main chassis + wristband layout of the Mi Band series. It’s great as the band can be easily charged, Moreover, we get the choice of customizing the health wear with a variety of bands. Xiaomi provides three colors of the band: Blue, Red, and Black. You can even get more variety on online Chinese stores such as Gearbest. 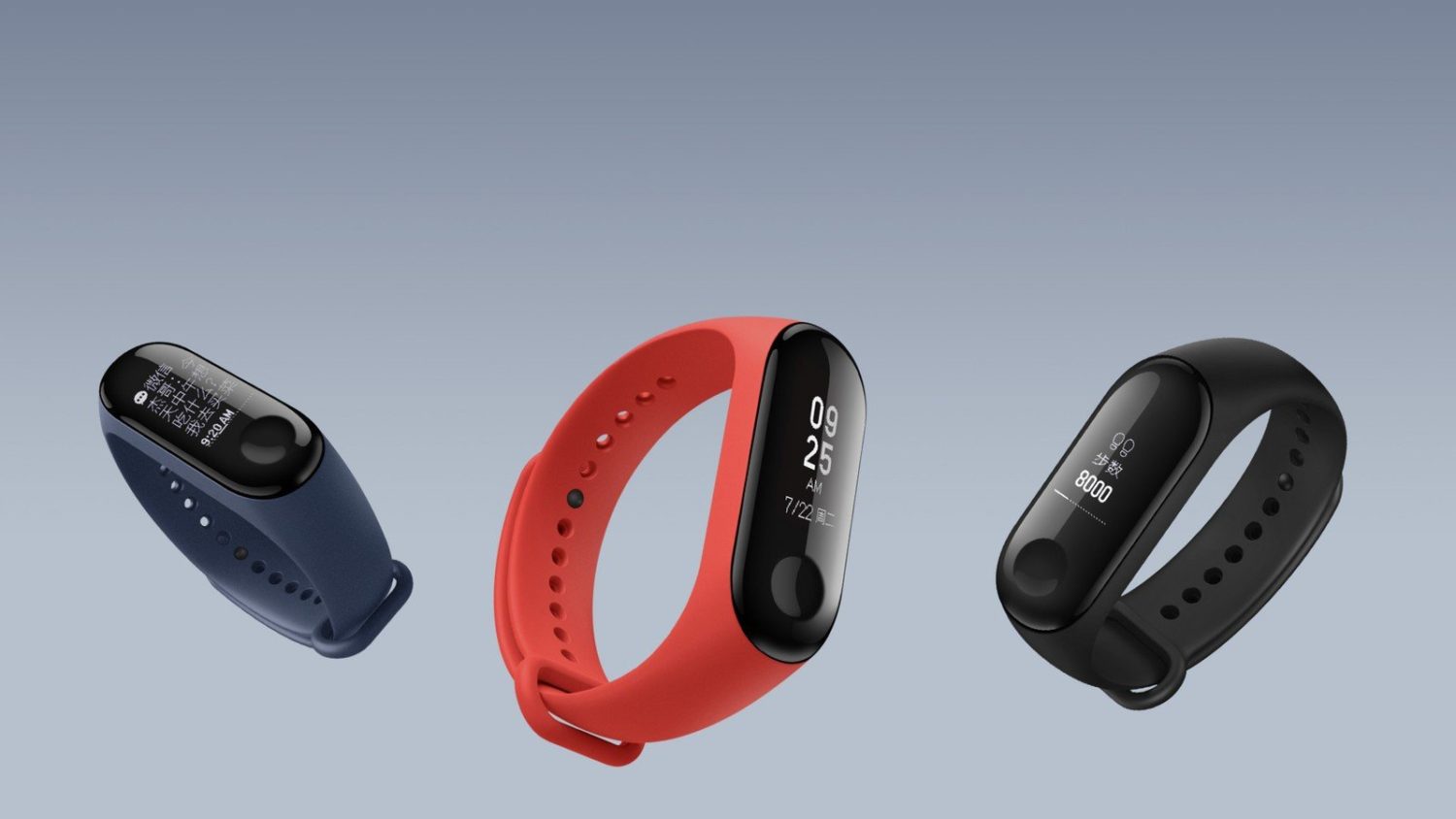 Similar to Mi Band 2, the band molds from food-grade silicon which is a skin-friendly material. The main chassis appears to be made of plastic and Aluminum alloy, Mi Band 3 is bi-colored as well as bi-synthesized. After 2000 disassembling and 2000 assembling tests, the firm lock isn’t easy to lose.

Talking about the change, the Mi Band 3 is definitely larger than the previous generation and of course heavier. 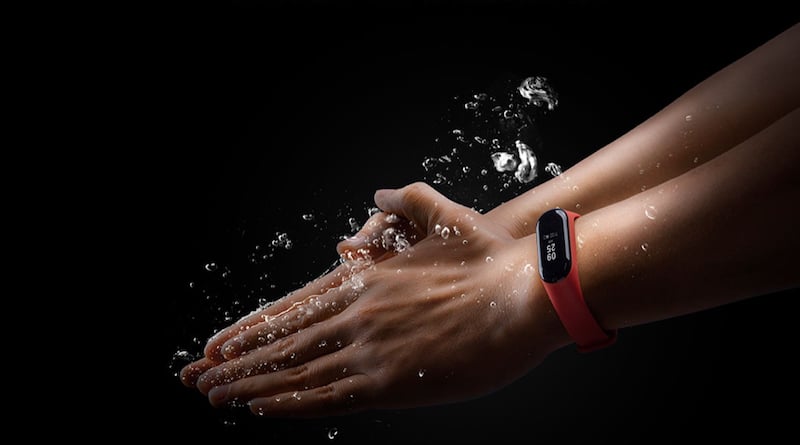 The greatest aspect of the health wear appears to be its durability. We know that the previous generations were IP67 certified, however, Xiaomi takes it to next level with Mi Band 3 featuring IP68 certified, water resistant up to 50 meters. This allows it to be a perfect swimming perfect for sure. Let’s hope it has a swimming mode as well (we will find out in the review).

The screen is probably the reason why the band is larger than Mi Band 2. The new Xiaomi Mi Band 3 is equipped with a new 0.78-inch OLED touchscreen which is 0.36-inch bigger than Mi band 2. It’s capacitive, however, the touch is still limited to that new grooved button.  Moreover, the resolution has improved as well increasing to 128×80 pixels. The best part is that the screen can now display 24 Chinese characters. Let’s see how much English and other language characters will it support when the global version releases.

Certainly, the algorithms have improved and the new Bluetooth 4.2 module has been introduced for a much better connection with the smartphone. This was what Xiaomi CEO was talking about. We are not sure whether the band now supports dynamic heart rate monitoring or not. The Mi Fit app update might let us know. Moreover, we will find how strong is the connectivity between Mi App and the bracelet.

Xiaomi Mi Band 3 is powered by a built-in 110mAh battery. Thus, the battery capacity has increased to 40 mAh in comparison to the second generation. But, the battery life still remains to 20 days which is appreciable as the display has increased as well. The new generation inherits the same charging layout of the previous generations, which is the standard USB charging with the dedicated charging port. We hoped that it might support the latest wireless charging but we can’t expect everything from a budget-friendly health wear.

No doubt, Xiaomi Mi Band 3 was worth the wait. Though there aren’t any major changes done in the wearable, because Mi Band 2 was already perfect, however, the small changes made are appreciable under the stupendous price tag of $26 (169 yuan).

Xiaomi Mi Band 3 continues to inherit the same design with a larger dedicated screen to see the text, even if you are 50 meters underwater.

Xiaomi Mi Band 3 will start selling on June 5 across China for a price of 179 Yuan ($26). Moreover, the NFC version will sell for 199 yuan ($31). We will provide the link for global purchase as soon as it arrives on international Chinese stores such as Gearbest, Aliexpress etc. 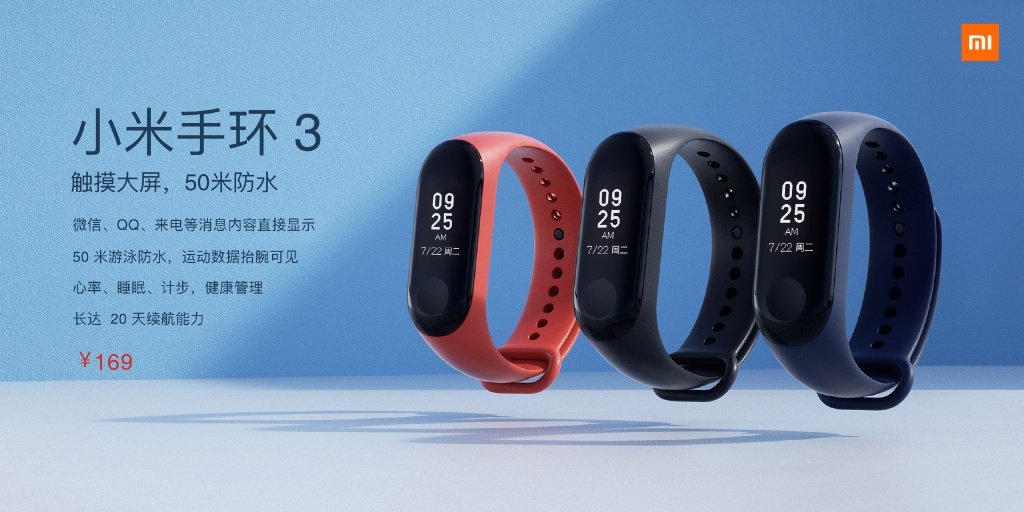 Update: Xiaomi Mi Band 3 is now available to buy from Gearbest for a price of $49.99. The price is somewhat high because of the high demand but will go down eventually to $30.