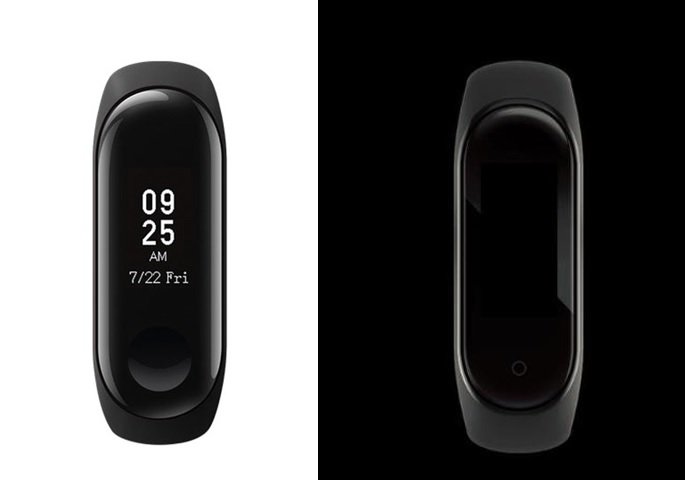 The leaks of the Mi Band 4, the new Xiaomi smart bracelet, reveal what will be its main feature: the color screen. There have been leaks since weeks, but now we find real images that would get us out of doubt. This is a significant change with respect to the Mi Band 3, which can also be controlled through the screen but it is black and white.

Until now it is unknown if the screen has been increased in size and resolution because many details have not been shared, but rumors say that the display of the Mi Band 4 will be an AMOLED panel with a diagonal of 0.95-inch that helps reduce energy consumption. Remember that the Xiaomi Mi Band 3 has a 0.78-inch OLED screen.

The previous features would also offer an improvement in the reproduction and in the visual aspect of the notifications, applications, and others, of the screen. Thanks to the customization, users can, for example, change the colors, the font or the style of the different APPs.

The module of the Xiaomi Band 4 itself, would continue to integrate the heart rate sensor at the rear as in its predecessor. But we can also see the company logo on the back, but its position will change because now it will be over the sensors. Likewise, the new wearable continues lines of a design similar to other smart bands of the brand.

In the design of the Xiaomi Mi Band 3, we see a button integrated into the module. This was an elegant touch that made it stand out. However, this “small circle” touch button that we already mentioned that is at the bottom of the screen of the Mi Band 3, was replaced by a type incorporated in the Mi Band 4.

In some images, the strap looks exactly the same as that of the Mi Band 3 but we don’t know yet the manufacture materials.

Unlike its predecessor, it is said that the Mi Band 4 would come equipped with a microphone to integrate the voice commands as another of its main features. However, the artificial intelligence in charge of complying with the commands would be from Xiaomi itself, so it would only work in China. Then, it is expected to be compatible with the Xiaomi AI Little Love Classmate system so you can control smart home devices and set the alarm clock on your smartphone.

Additionally, the Xiaomi Mi Band 4 bracelet will have an improvement to measure the heart rate because it will be equipped with a medical grade heart rate detection function. It will measure us 24 hours a day automatically.

The Xiaomi Mi Band 3 includes Bluetooth 4.2 LE that supposed a lower power consumption with respect to its predecessor. Another innovation was the inclusion of a version with NFC technology. In the case of the Xiaomi Mi Band 4, there will also be two models. But this time, both versions of the wristband will support the latest Bluetooth 5.0 protocol and only the higher version will be compatible with the NFC function.

By having a color screen, the battery life of the Xiaomi Mi Band 4 will be affected. To solve this problem, it will be updated with a capacity of 110 mAh to 135 mAh, according to the previous generation. All of this to maintain the energy saving of the device.

Other feature that change is that the Mi Band 4 itself would now have the charging connector on the back. Finally, we will not have to remove the module from the strap to be able to charge the device, like in the Mi Band 3.