On this page, we have taken it upon ourselves to show you some of the best device comparisons found anywhere on the internet, and while we have already compared a lot of things, it is never enough. Today we are going to make a special comparison, and these are three of the most popular sports bands on the market. Welcome one more day to one of our comparisons, where we will see the great war of the Xiaomi Mi Band 6 vs Honor Band 6 vs OnePlus Band.

Starting with the design, and although they are all about exercise bands, they have little different designs. First of all, the Xiaomi Mi Band 6 has a design very similar to its predecessor, the Xiaomi Mi Band 5, with a common oval screen, and it is not surprising since they are made by the same company. However, the front screen design is more minimalistic now because they have eliminated the inverse U shape button and introduced smart gestures into it along with a full-screen display.

Finally, the OnePlus Band has a certain resemblance to the Xiaomi Mi Band 6, although in this the screen is a little protruding from its strap, while in the OnePlus band the screen and its strap are at the same level.

Something they do have in common is that all their screens have the 2.5D glass arc that gives them a curve effect. I do notice that because of 2.5D Xiaomi Mi Band 6 has a protrude screen which makes it easier to get scratches.  Meanwhile, OnePlus Band and Honor Band 6 which aren’t prone to scratches yet have much lesser chances of getting it due to the flat yet curved screen. I must say aesthetics do come at a cost and a screen protection film is recommended on the Mi Band 6.

Let’s make this section of Xiaomi Mi Band 6 vs Honor Band 6 vs OnePlus Band a tie because each wearable is unique in its own way. The preference depends on the user’s choice. Flat display vs curved.

Speaking about the straps that these three bands have, they are all made of dense and soft silicone material, specially made to be in constant contact with the skin without hurting it. It is worth noting that the straps of all these wearables can be removed from the device at any time you want, either to exchange them or to wash them. In relation to their comfort, and because they are all made with materials of similar texture, they are very comfortable and soft to the touch.

However, the clasp is the main focus here. Xiaomi Mi Band 6 has the push-to-lock button clasp which like the rest of the series loosens over time. The same goes for the OnePlus Band as well which also has the same locking mechanism. However, the Honor Band 6 has the traditional hook style clasp giving it a more traditional watch look and has the best locking system. Your Realme Band won’t fall off in case of any pull or jerk.

In terms of customization, Xiaomi Mi Band 6 has a ton of customizable bands available at an incredibly cheap price. What’s more is that the Band also supports Mi Band 3, 4, and 5 bands.

Due to the size and resolution of its screen, which allows a better visualization, the Xiaomi Mi Band 6 takes the prize in this category

With that being said, all three bands have NFC and a PPG sensor for HR detection and support abnormal heart rate alerts. The accuracy with be discussed in the features and function section. Xiaomi mentions that the PPG sensor has been upgraded in the Xiaomi Mi Band 6, making it more accurate than the previous generation. This also means that it beats the Honor Band 6 since the Honor and OnePlus band’s HR readings were almost similar. As for the algorithms which help in the accuracy of the measurements, we have the Xiaomi Mi Band 6 with the most updated algorithms, then comes Honor Band 6, and the last one is OnePlus Band.

Another major update we see in the Mi Band 6 is the SpO2 sensor introduction. This is the first time the Mi band series is using a SpO2.

Now, in this Xiaomi Mi Band 6 vs Honor Band 6 vs OnePlus Band comparison, we will go on to talk about the special functions that these three bands have. Although they have functions in common, one of the most striking is that these three bands have SpO2, which is a sensor for blood-oxygen tracking. Besides that, they also have the following features:

Looking at the functions and features that these sports bands have, it could be determined that the Honor Band 6 is the best of the three because it has all the available functions, although if you pay more attention to the sports modes, the Xiaomi Mi Band 6 would be the winner.

The Xiaomi Mi Band 6 uses the Mi Fit app, meanwhile, the Honor Band 6 uses Huawei Health and the OnePlus Band uses the OnePlus Health app. Each app is unique in its own way. The UI also resembles each other in most parts.

I see a lot of people complain about the Xiaomi and Amazfit ads they see in Mi Fit. But for me, it’s completely fine.

Regarding their charging times, the Xiaomi Mi Band 6 and Honor Band 6 take around 1.5 hours to fully charge, while the OnePlus Band, having a smaller battery, takes between 45 to 55 minutes.

Xiaomi Mi Band 6 uses the same magnetic charging technology as its predecessor ‘Mi Band 5’. This allows us the ease of not removing the main body from the strap for charging.

The Xiaomi Mi Band 6 has a price of 229 Yuan ($35 USD) in China. Globally, it’s available for a price under $50 on stores like Aliexpress and Banggood.

Lastly, being the cheapest, the Realme Band has a price of 140 Yuan ($21USD) in China, and globally, it’s available for a price of around $24 on stores like Aliexpress and Banggood.

Considering the price only, Realme Band is the winner here. However, in terms of price/performance, Mi Band 6 is the winner.

Concluding this Xiaomi Mi Band 6 vs Honor Band 6 vs OnePlus Band comparison, the Xiaomi Mi Band 6 takes first place, not only because it has a bigger screen, but because it also has more accurate readings and an incredible amount of 30 sports modes. Realme Band for the price isn’t a bad choice either if one doesn’t care about SpO2 and flat-screen display. Also, the OnePlus Band looks like a lite version of Mi Band 6, which is also a good choice if you are tight on budget and want a SpO2 sensor as well.

Although here we exposed all its internal and external specifications, at the end of the day the decision to make about which is the best sports band will depend on the tastes that the user has, as well as the money they are willing to pay, and that is that they are all high-quality bands.

You can grab these bands from the links given below: 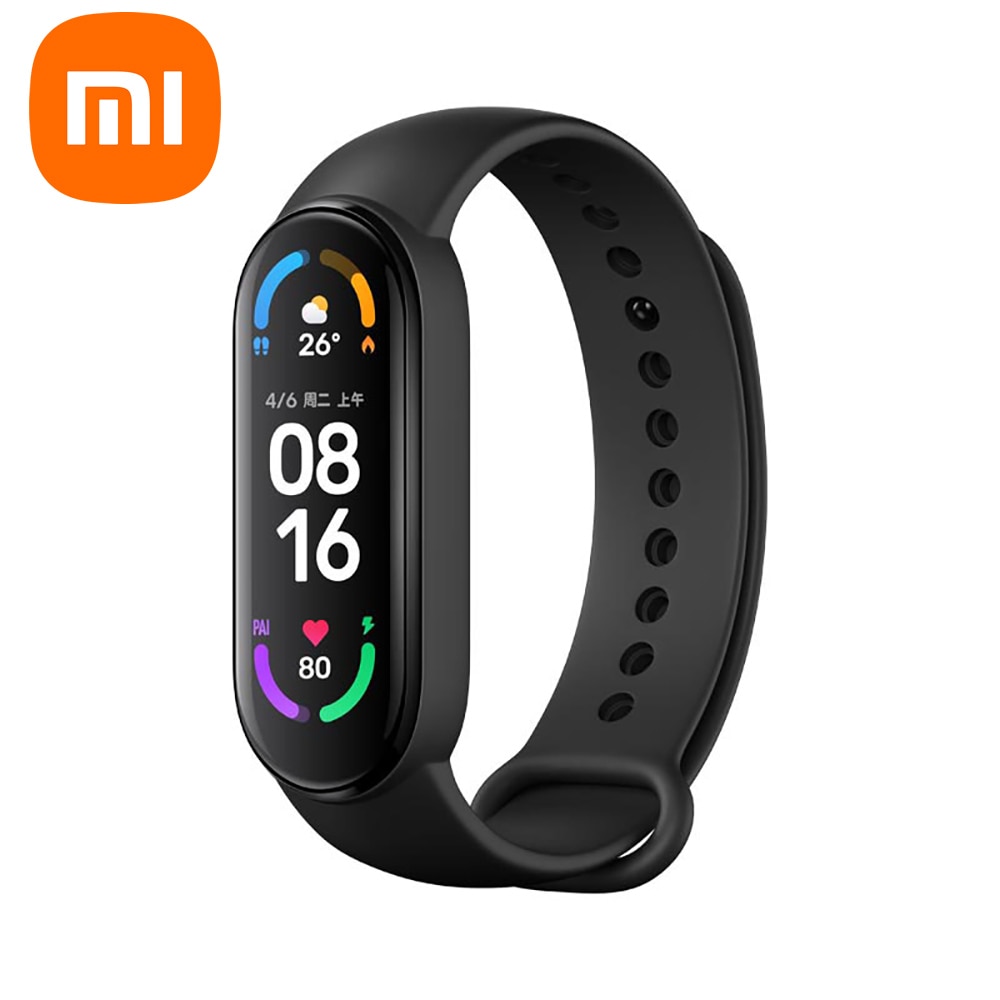 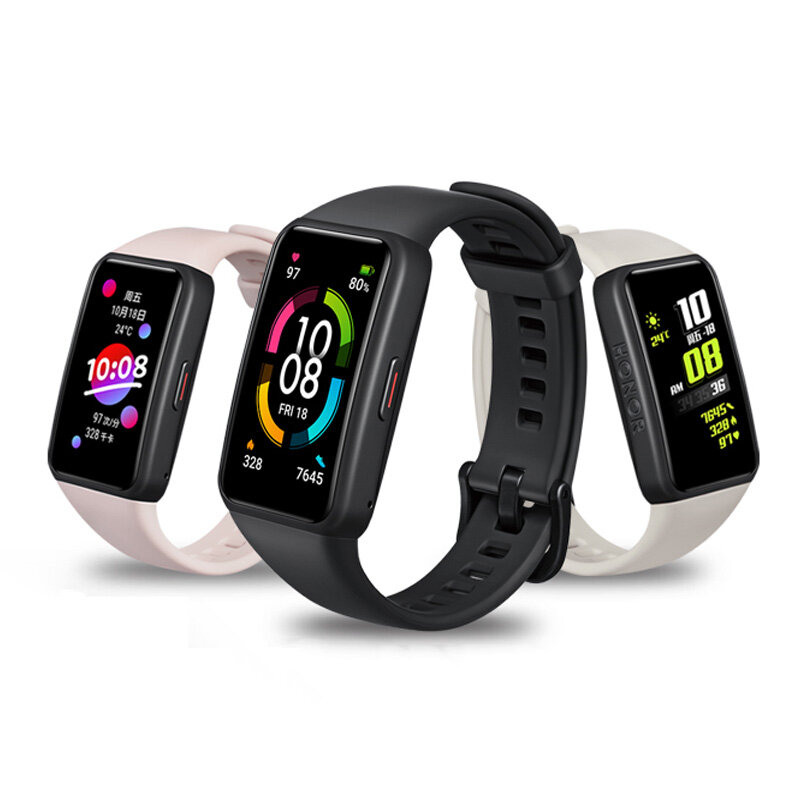 We hope you liked this Xiaomi Mi Band 6 vs Honor Band 6 vs OnePlus Band comparison. Share your thoughts about these wearables in the comment section and also hate this article!