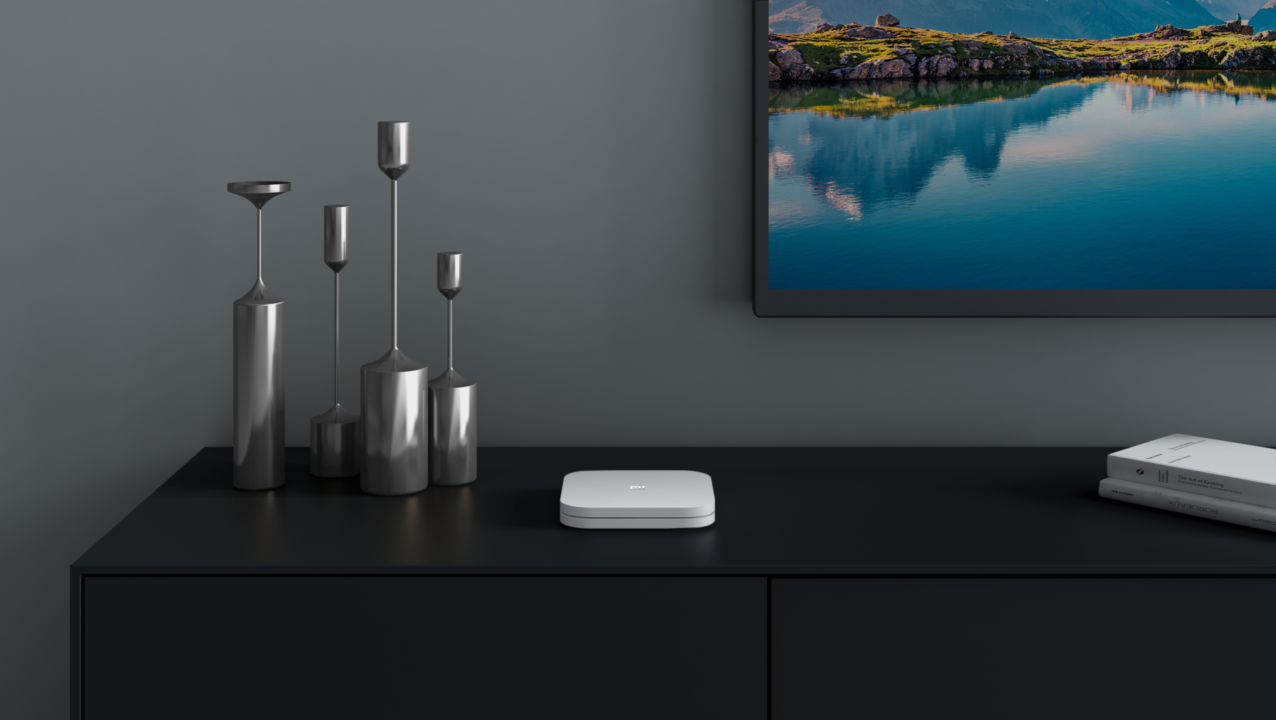 Today, Xiaomi finally released Mi Box 4 and Mi Box 4c. Xiaomi tends to cover two price ranges with these TV Boxes which are $40 (249 yuan) and $55 (349 yuan). To be honest, considering the features, Xiaomi Mi Box 4 and 4c are considered to be the best price over performance TV Boxes to date. Moreover, no one can expect a TV Box under $60 with Artificial Intelligent voice control. And Xiaomi, like always, did the unexpected. 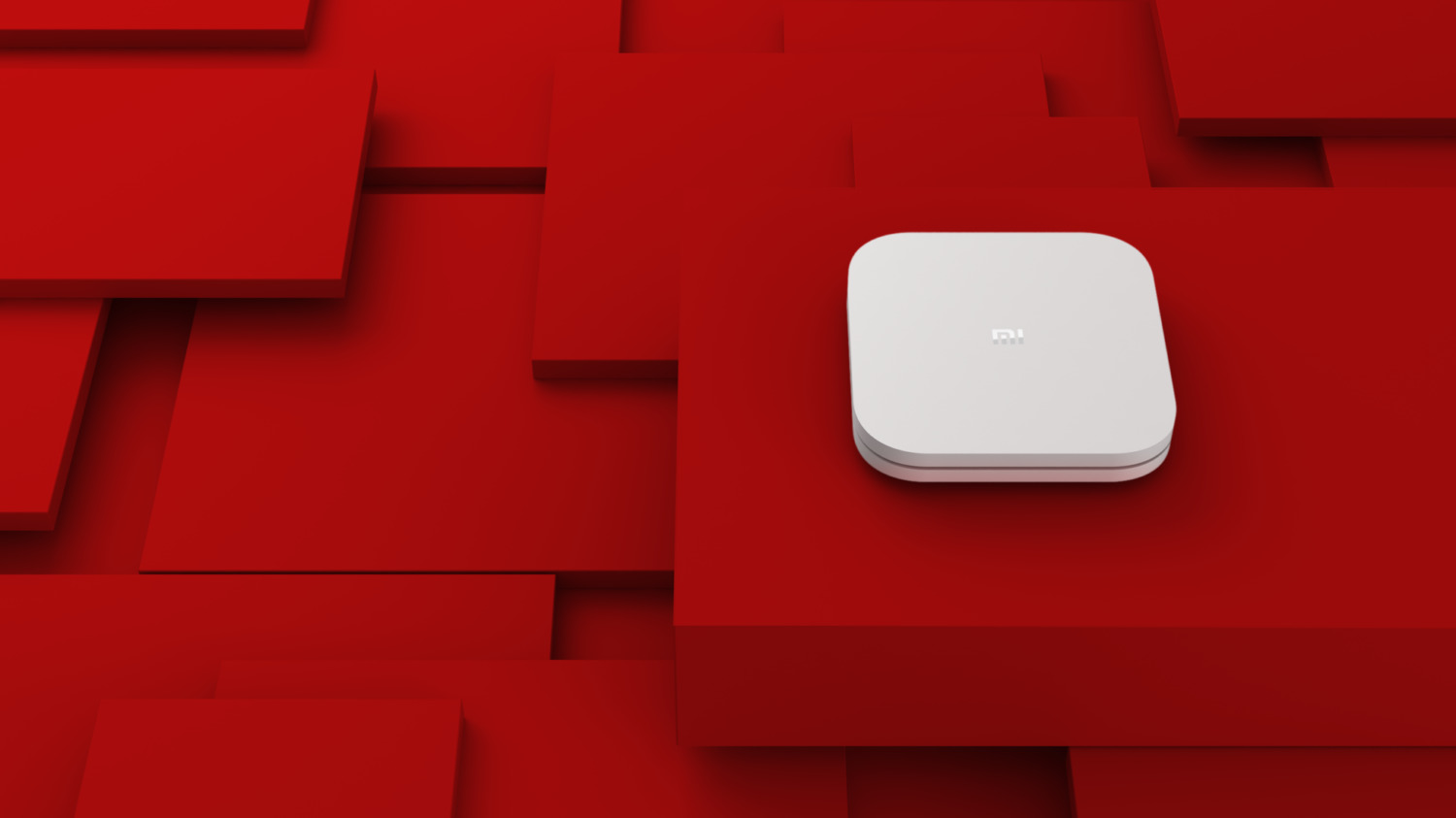 So, without further wasting any time let’s get to know the new Xiaomi Mi Box 4 and Mi Box 4C better.

Starting with the design, Xiaomi Mi Box 4 and Mi Box 4c have the same design. The only change we witness is in the hardware specs. However, coming back to the topic, Xiaomi Mi Box 4 appears to be a perfect square with curved edges. It should be noted that the device is not that much curved as the previous generation. In fact, the design is changed compared to Mi Box 3. This generation isn’t as appealing as the previous ones. However, everyone has a different taste, and I prefer a simple plain traditional TV Box. It’s much similar to Mi Box 3 Enhanced Edition. 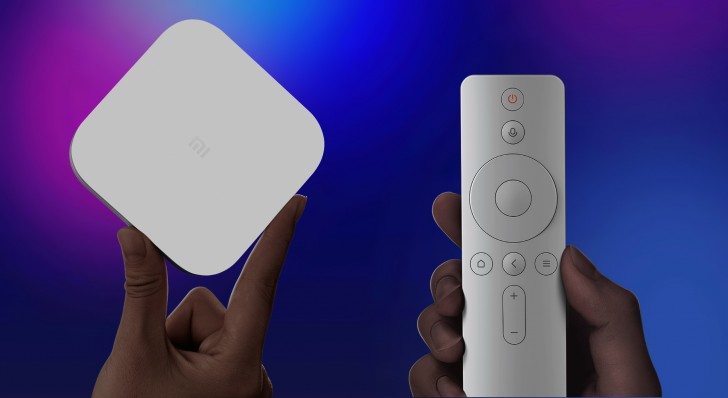 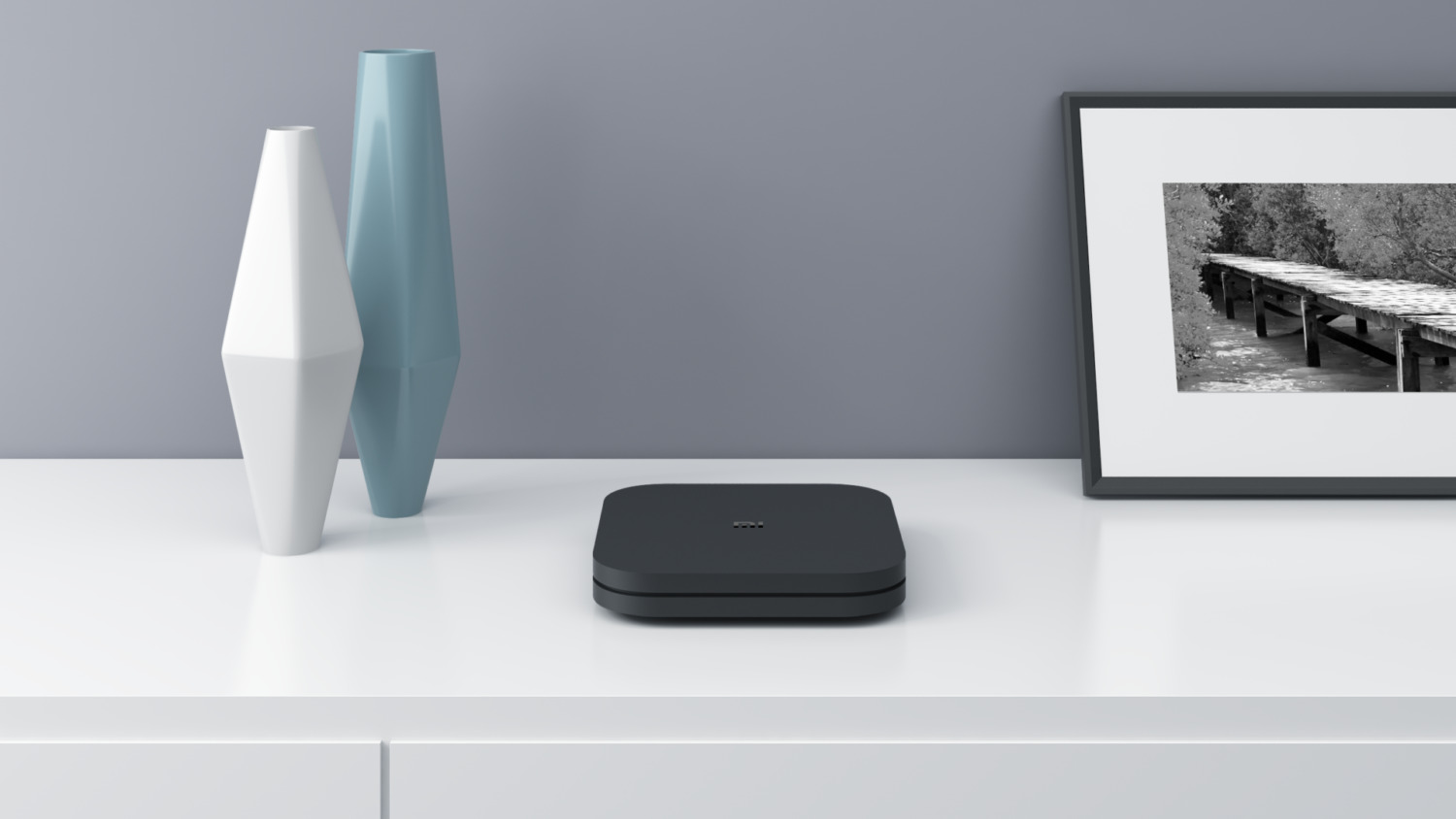 Similar to previous TV Box we have the Mi logo on the top. Previously, the logo was at the top bottom, but now it’s on the top center. There’s a single engraved line around the sides, surrounding the TV Box and because of that, it produces a segmented effect. 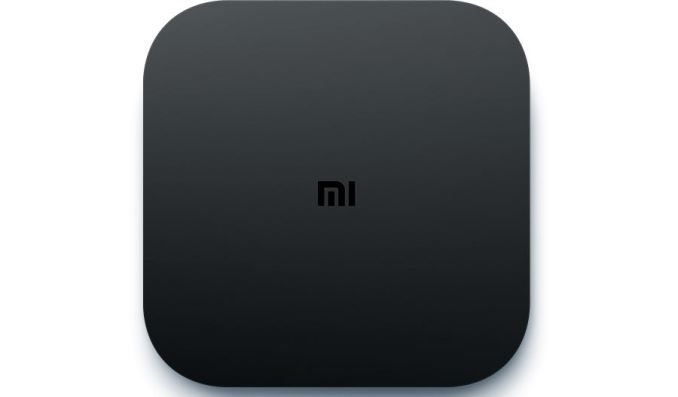 The only apparent difference we see in both TV boxes is the color. Xiaomi Mi Box 4 is available in white color. Meanwhile, Mi Box 4c is colored black. 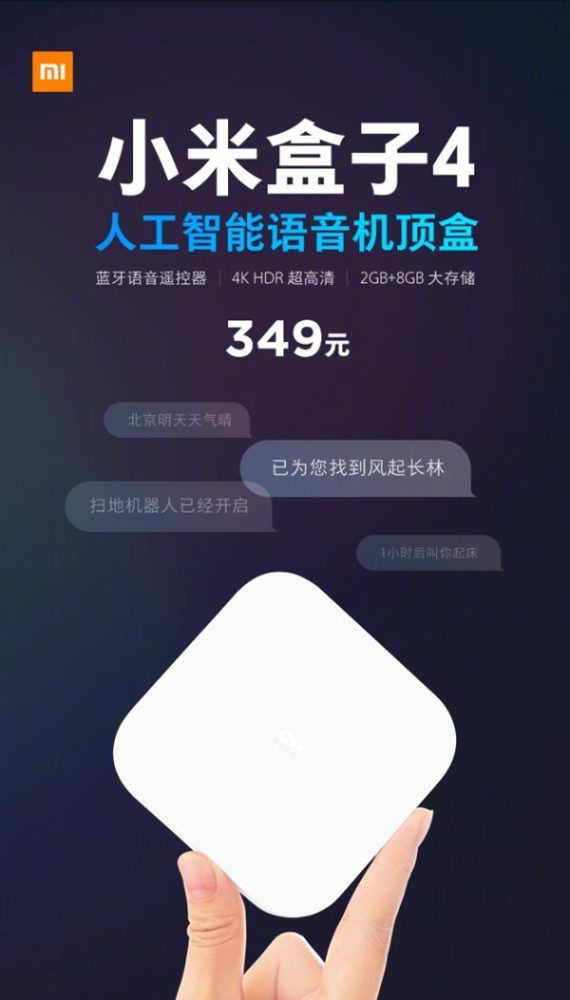 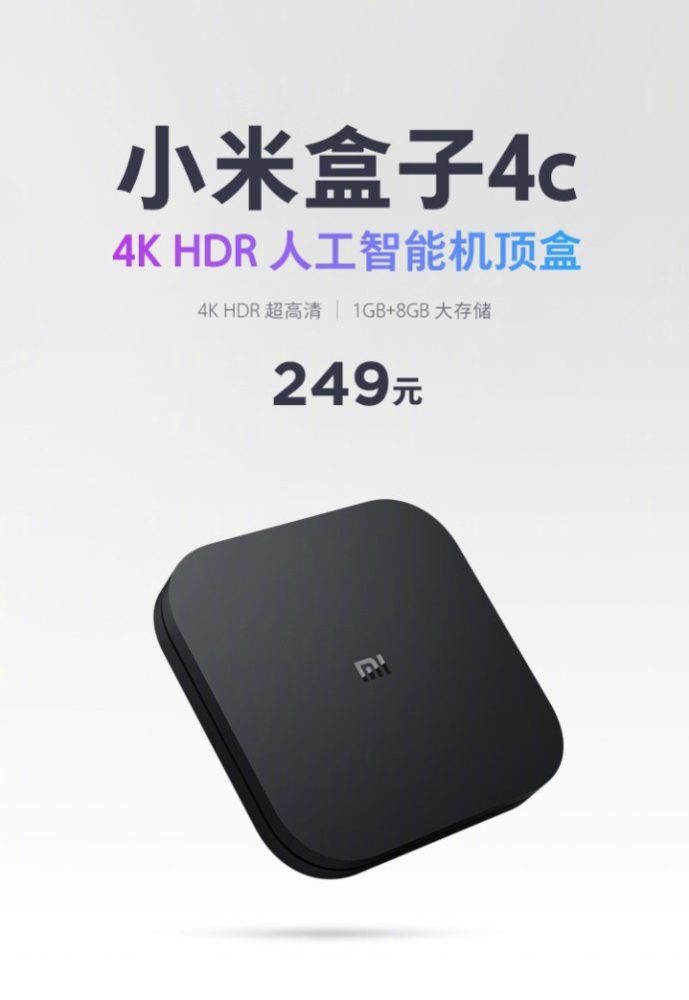 In short, Xiaomi Mi Box 4 and 4c don’t have a unique design similar to the third generation which also got Reddot design and Good Design award. Instead, these plain, slightly curved TV Boxes has only one uniqueness which is the Xiaomi ‘Mi’ logo which is enough to know that the TV Boxes has something special in it.

It is interesting that Xiaomi Mi box 4 is an artificial intelligence voice set-top box. The box is equipped with 64-bit quad-core CPU accompanied by a 3 +2 cores GPU (specific model unpublished). Moving to the memory, the difference starts to get clear between Mi Box 4 and 4c.

I think that the hardware is only slightly upgraded as the specific model of CPU and GPU remains unpublished. I bet it is the same SoC but supporting AI this time. So, that might give a small boost to the processing speed. Xiaomi still hasn’t updated the Android version of its TV Boxes and that is why we still see the new TV Box running on Android 5.0.

The 4th Gen of Mi Box similar to Mi TV 4 comes with PathWall artificial intelligence voice system. This system can:

It has ten other categories of voice interaction, whether it is the elderly or children, just get started. Through the voice remote control, if you want to see anything, without complex operations, just tell it immediately to help you find. At the same time, we have the voice-activated smart appliances.

The new Mi Box 4 and 4c has a new look which is a bit traditional rather than unique. No doubt, it isn’t that much attractive as Mi Box 3 is, but the design is simply neat. As the CPU and GPU model isn’t provided, for now, we can only say that the TV Box is nothing than the addition of AI and voice control in it under a nice affordable price tag.

Here are the following price tags for Xiaomi Mi Box 4 and 4c in China: 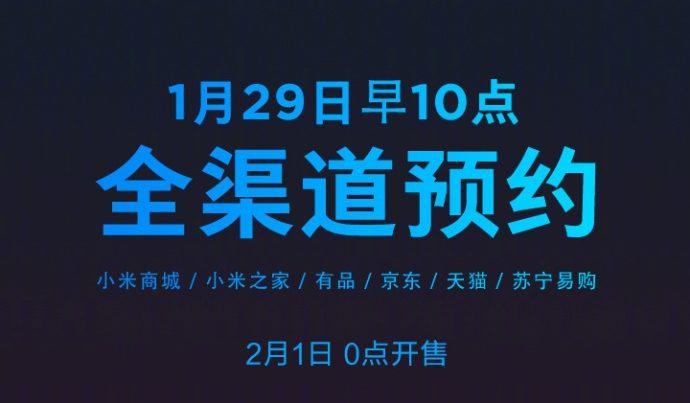 The open booking has started today at 10:00 and the TV Box will be on sale starting from February 1st in China mainland. As far as the international availability is concerned, we will provide you the link to the store as soon as it becomes available.

Update: The new Mi Box 4 is now available on Gearbest to buy. The price will eventually go down when the shipping starts. The link to the store is given in the button below: