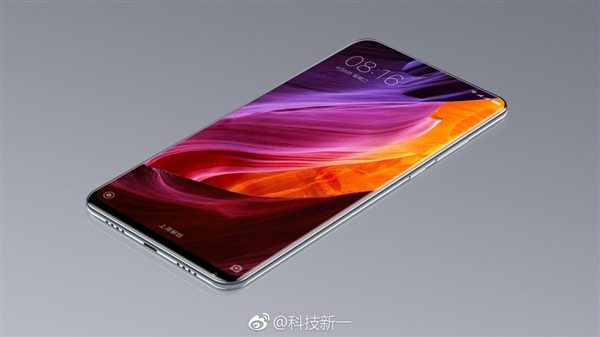 After the release of Xiaomi Mi 6, the remaining high-end smartphones from the Chinese manufacturer are Xiaomi Mi Note 3 and Xiaomi Mi MIX 2. It is rumored that Xiaomi might not release these smartphones at the end of the year. The company may release one of the smartphones soon to help Xiaomi’s this year’s shipments.

This evening, Weibo user @new technology posted a spy photo of Xiaomi Mi MIX 2. According to his argument, the picture shown below was leaked by an insider. The user claims that there’s 90% chance that this might be the prototype layout of Xiaomi Mi MIX 2.

According to the exposed image, Xiaomi Mi MIX 2 appears to have an almost 100% screen-to-body ratio. The earpiece is still embedded in the glass chassis. Moreover, the bottom border has been reduced to a minimum. However, the most interesting part is that there’s no front camera.

As for the price and release time, it is said that it will officially release in mid-September. The price will be 4,999 yuan ($748). So what if there’s a huge price gap between Mi MIX and Mi MIX 2. If the leaked design happens to be real than Xiaomi Mi MIX 2 is getting our money. Only a small problem. What Xiaomi plans to do with the front camera as there’s no in the suspected Mi MIX 2?