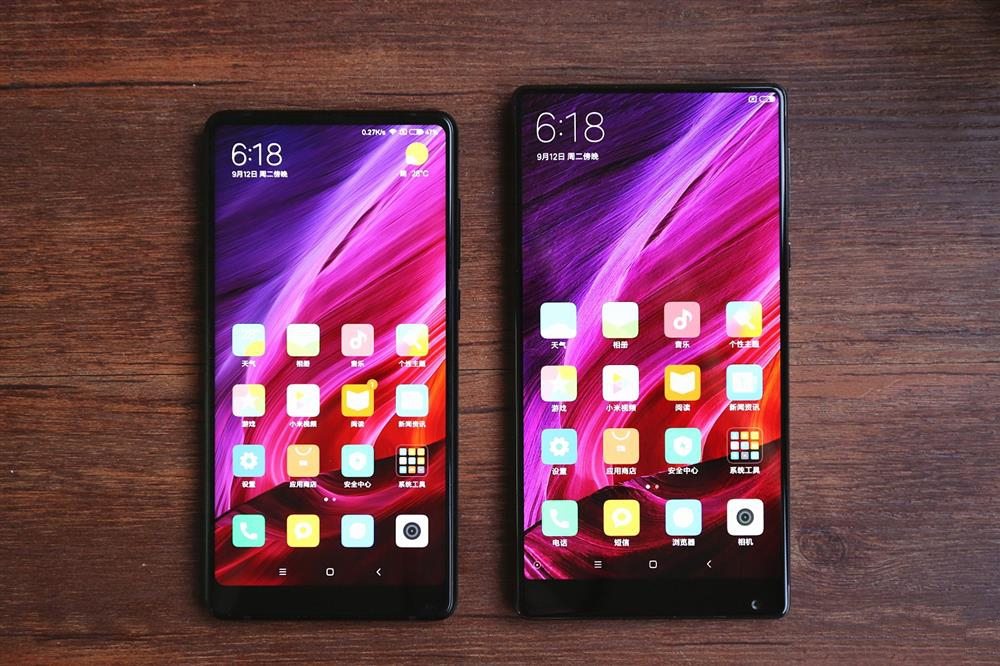 Recently, a month back we witnessed the release of Xiaomi Mi MIX 2. It wasn’t a surprise release like the first generation but featured the next level full-screen design. We still feel that the release wasn’t as big as Xiaomi Mi MIX and there were some drawbacks as well. Xiaomi Mi MIX is where the full-screen trend we see today, started. Moreover, even it was a concept phone. Still, it got 16 awards including the noblest of all, IDEA Design Gold Award 2017.

Meanwhile, the second generation has just released but is not getting that much popularity like Mi Note 3. No doubt, Xiaomi Mi Note 3 foreshadowed Mi MIX 2 because of the excellent price to performance ratio of Note 3. Still, Xiaomi Mi MIX 2 is way better in every aspect in comparison with Xiaomi Mi MIX. But the camera is not up to that standard of 2017. So, let’s compare these two flagships and see which one wins the Xiaomi Mi MIX 2 Vs Xiaomi Mi MIX battle.

Speaking the truth, Xiaomi Mi MIX 2 and Xiaomi Mi MIX aren’t that much different from each other. But the fact is that there almost the same. Both have a full-screen display. However, the changes occur in the dimensions. Because of the 18:9 ratio, Mi MIX 2 is a better compact flagship as compared to its concept flagship Xiaomi Mi MIX which is 17:9. No doubt, Xiaomi Mi MIX 2 overcomes its older brother because of the less width and height, which is best suited for one hand operation. Finally, the dream of a typical Mi fan has become real. Everybody wanted a compact Mi MIX. They got one!

Furthermore, the most noticeable aspects are the built quality and the screen-to-body ratio. Speaking of the built quality first, the old Xiaomi Mi MIX was crafted with ceramic. However, the latest Mi MIX 2 is a metal design, forging from 7 series aluminum alloy. Now different users prefer different materials. Pure Ceramic Vs Pure Metal is a tough one. Ceramic feels a lot better while holding but the endurance is too poor. Meanwhile, metal has a bit lower holding experience but still premium. Moreover, metal is ten times stronger than the ceramic. However, if a user wants a pure ceramic version of Mi MIX 2, then it’s also available as the exclusive version.

The chin of the Mi MIX 2 has reduced somewhat to increase the screen-to-body ratio up to 91.3% compared with Mi MIX which as 85%. Comparatively, the chin of the Mi MIX 2 is 12% shorter than Mi MIX. The credit goes to the micro-front camera module, COF screen driver flexible packaging technology, active antenna tuning. That is why Xiaomi has named this design as “Full-Screen 2.0“. To be honest, the second generation has more dimensional changes than the design changes, and we can notice that.

The speaker design has been changed as well with a sound guiding tube. Xiaomi MIX 2’s speaker has been replaced by a conventional solution, which greatly improved the slot (high power 50 mW speaker + sound guiding tube) along with hidden ultrasonic proximity sensor.  Sadly, it still uses the Cantilever piezoelectric ceramic acoustic technology for the earpiece which has some issues. Hope Xiaomi has fixed them. We expected it to come with the new AAC technology which has better sound quality.

Another noticeable aspect is the LED notification of both phones. The new Mi MIX 2 has a multi-colored notification LED which can be sent in the settings, but the old one has a single colored LED notification. Sadly, the traditional 3.5mm audio jack has also been canceled in the Mi MIX 2.

In short, the design has been upgraded making the new generation more compact and durable, but some of the poor concepts such as Cantilever piezoelectric ceramic acoustic technology still exist.

Moving to the screen comparison in Xiaomi Mi MIX 2 vs Xiaomi Mi MIX, the second generation has some drastic improvements in comparison with the first one. Xiaomi Mi MIX had a huge display of 6.4-inch, and the ratio was 17:9 which made the pixel density to be only 361 ppi on a 1080 x 2040 pixels resolution. However, in Mi MIX 2 is large, about 5.99-inch, but the 18:9 screen ratio allows it look somewhat small which is great. Moreover, the resolution is 1080 x 2160 pixel and 403 ppi which is a small yet significant improvement.

The most noticeable aspect of both flagships is the screen contrast, brightness, and pixel detail. Obviously, with a small screen and better resolution, Mi MIX 2 screen illustrates more depth and picture details. Even the contrast is way better than Mi MIX. The credit here goes to the SHARP IPS screen. They have the best Chinese displays to offer. Regarding brightness, the second generation’s screen is brighter than the first one.

In short, the new SHARP display in Mi MIX 2 has a great balance between contrast, details, and brightness. But we miss the old 94% NTSC in the new screen as well. Moreover, both screens are anti-scratch as well. To give a curved look, Mi MIX 2 uses the 2.5D glass arc which further exaggerates its beauty.

Obviously, here the clear winner is Xiaomi Mi MIX 2. Thanks to the Snapdragon 835 SoC coupled with 6GB RAM and 64GB/128GB/256GB optional storage. Moreover, we have a special edition with 8GB RAM as well. Although Xiaomi doesn’t mention it, the storage is the latest UFS 2.1 with lightning-fast transfer rates.

Here’s the reading and writing speed test of the hardware:

We ran some benchmarks as well including AnTuTu, Geekbench, and others:

Meanwhile, Xiaomi Mi MIX 2 runs of the overclocked version of Snapdragon 820, Snapdragon 821 coupled with 4GB RAM and only 128GB/256GB storage space (UFS 2.0). Even the Adreno 530 was overclocked. Now there’s a huge difference between a 10nm and 13nm processor as well as quad-cores and octa-cores, respectively. But the more obvious difference can be seen with the multi-core processor as well as the Adreno 540 GPU.

Noth of them has b SD card slot. Both of them have a fingerprint reader on the back. Sadly, it’s not ultrasonic like Xiaomi Mi Note 3.

Another change is the use of latest Bluetooth 5.0 in Mi MIX 2 instead of the old Bluetooth version 4.2. All of the sensors are maintained in both flagships. However, Xiaomi Mi MIX 2 has gyroscope sensor which was missing in Mi MIX.

Xiaomi Mi MIX 2 has better camera performance but not that much as expected. Seriously, we wanted Xiaomi Mi MIX 2 to feature dual cameras instead of single. But it looks like Xiaomi couldn’t allocate that much space. However, there’s a difference between 16MP OmniVision OV16880 and 13MP Sony IMX386 Exmor RS. Even though it’s a single camera in Mi MIX 2 but never expect less from Sony IMX386 Exmor RS sensor. Xiaomi Mi MIX 2 camera captures great in-depth pictures with natural color contrast. However, the camera doesn’t have a great portrait mode, vividness, and amazing low light performance. If you want to go for better camera performance, then you might love Xiaomi Mi Note 3.

Here is the camera sample comparison of both cameras:

Looking at all of these camera samples, Mi MIX has better light exposure during the daytime. Meanwhile, Mi MIX 2 pictures are clearly darker with more contrast. However, the photos which appear to be natural are of Mi MIX 2.

We think that Xiaomi is regretting to make the camera aperture similar to Mi MIX which is F 2.0. Even the mid-end Mi Note 3 has a better rear camera than Mi MIX 2. The most noticeable aspect is that to hide this cons, the company added 4-axis OIS (optical image stabilization) in Mi MIX 2, whereas, Mi MIX doesn’t have one. With a better aperture and dual camera, the flagship could have been a lot better, easily competing with Samsung Galaxy Note 8, iPhone 8 Plus, and LG V30. But now, nothing can be done. We might notice when looking at both flagships, that Mi MIX 2 rear camera appears to be a little bit embossed from the chassis, but no worries as the lens have an anti-scratch coating.

Regarding the front camera, it’s the same 5MP camera with beauty mode. However, the use of micro-front camera module was an excellent idea. We thought that the small lens size might affect the camera performance, but instead, the results were better than that of Mi MIX front camera.

Like we told you earlier that the Bluetooth module has been upgraded in Mi MIX 2. However, the WiFi module remains the same. Both phones are compatible with Dual SIM (2 x Nano SIM) support. However, the new Mi MIX 2 surprisingly supports global 4G LTE frequencies including these additional frequencies: 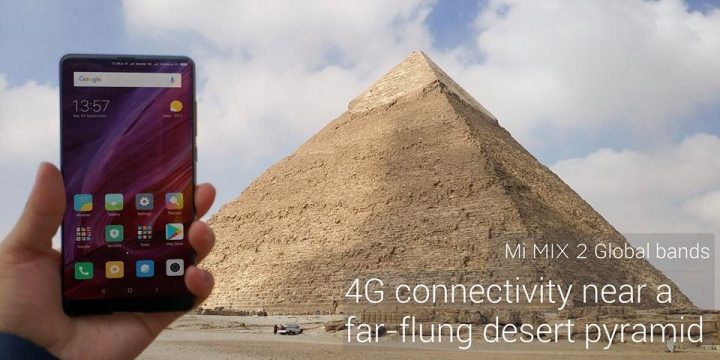 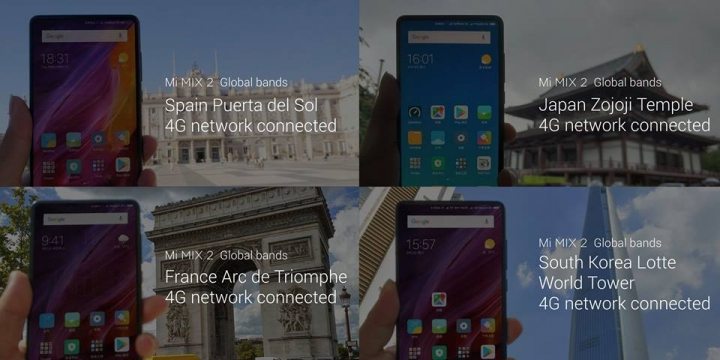 The reception is also the same with no actual difference. With no earpiece, the low sound continues because of that Cantilever piezoelectric ceramic acoustic technology. Both phones run on the latest MIUI 9 (Android 7.1.1). The only difference is that Mi MIX 2 comes with pre-installed MIUI 9 and for Mi MIX you have to update it yourself. 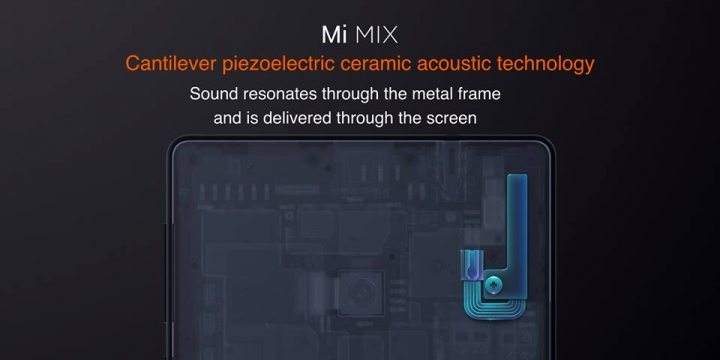 However, the speaker design has been improved like we told you before. Xiaomi MIX 2’s speaker has been replaced by a conventional solution, which greatly improved the slot (high power 50 mW speaker + sound guiding tube) along with hidden ultrasonic proximity sensor. 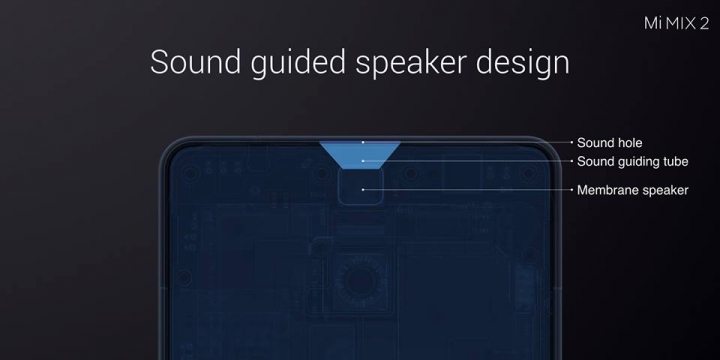 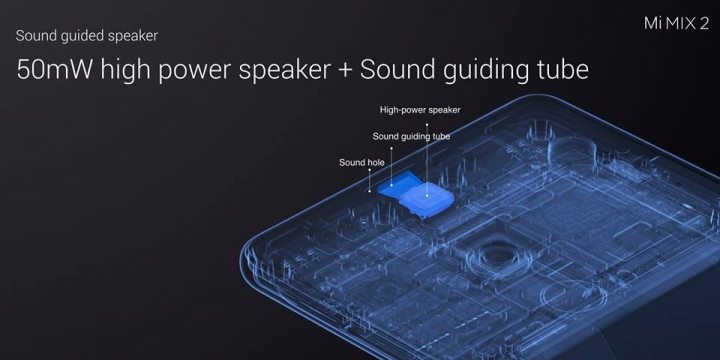 Xiaomi Mi MIX 2 is the absolute winner here as it’s an upgrade of the first generation which was merely a concept design. MIX 2 has a better design, hardware, connectivity, and camera. But sadly, the continuation of the old innovative technology has the same issues such as low earpiece (integrated) sound. To be honest, in comparison with Mi MIX, the second generation hadn’t that much impact. After all, Mi MIX was a surprise release. If only the phone had used AAC technology and a dual rear camera setup, the second generation might have beaten every flagship till date. The mid-ender Mi Note 3 took away all the shine from Mi MIX 2 because of its price to performance ratio and perfection in every aspect.