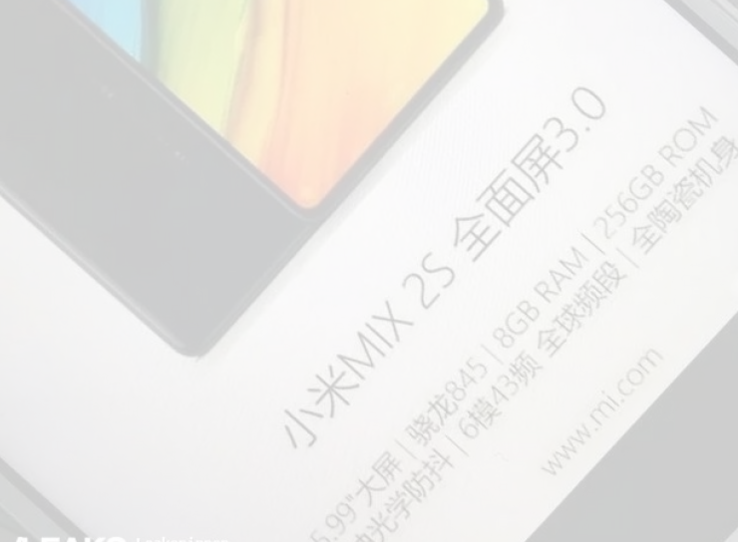 On March 27, Xiaomi will finally release the next gen of the MIX series. Xiaomi Mi MIX 2S will hit covering the down points of Xiaomi Mi MIX 2. However, we know that the flagship will come in two variants which are the standard version as well as the higher version. However, there’s a surprise as well. Today’s leak states that there will be the Xiaomi Mi MIX 2S Exclusive Version. 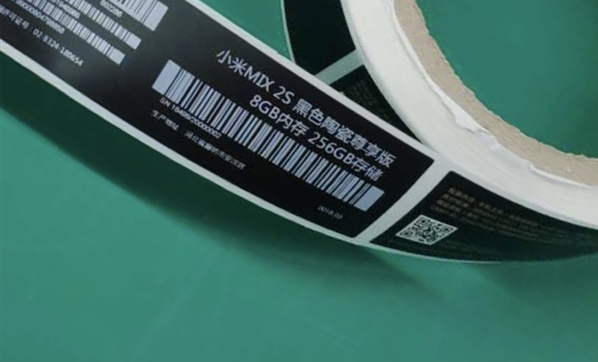 Today, two leaked pictures surfed the internet. One exposed the poster of one of the exclusive version of Xiaomi Mi MIX 2S and the other was the packaging tag of the same variant. Both pictures illustrate that the exclusive version has a tremendous 8GB RAM and 256GB internal storage. Furthermore, Xiaomi Mi MIX 2S Exclusive Version might be a complete ceramic built like Xiaomi Mi MIX Ceramic Version. Other specs include a back fingerprint reader, Snapdragon 845 SoC, and dual rear cameras (Sony’s IMX362).

From the pictures, Xiaomi Mi MIX 2S will continue the tri-bezel-less design aka Full-Screen 2.0. However, the visual effects will be improved as well as the hardware moving to AI direction.

If the exclusive version turns out to be ceramic along with 8GB RAM and 256GB ROM, then the price will no doubt cross 4000 yuan ($633). The pricing of the remaining variants will be as follow:

Xiaomi Mi MIX 2S will release at a media event in Shanghai on March 27. 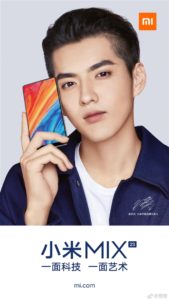