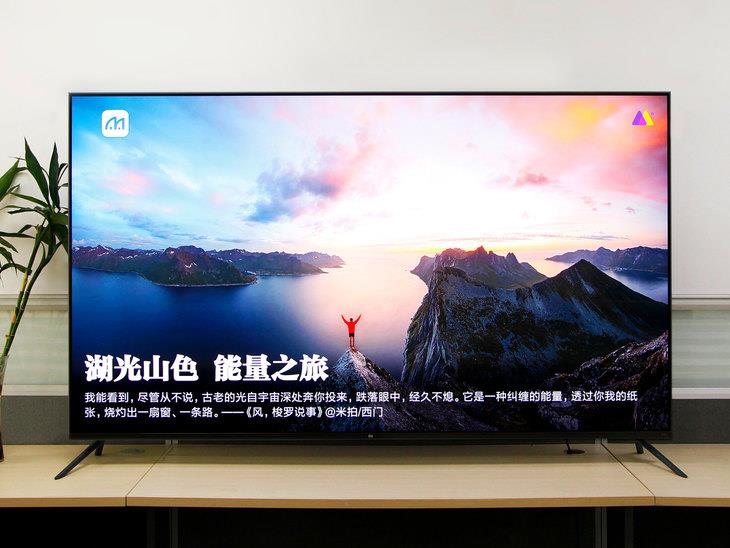 We have been seeing for some time that the relationship between Samsung and the huge Chinese manufacturer, Xiaomi, is going from strength to strength, and now, after seeing the launch of a new Xiaomi Smart TV, it is clear that this alliance is stronger than ever. A few months ago there was talk about the possibility that Xiaomi used QLED panels in future products, and said and done: this is its new 75-inch Xiaomi Mi TV 5 Pro. We are talking about a model that arrives to lead the new Mi TV 5 Pro family that was introduced a few months ago. Of course, the first versions were 55 and 65 inches, while this new model stands out for betting on a mammoth 75-inch panel, which we are going to show you today in this Xiaomi Mi TV 5 Pro 75-inch Review. 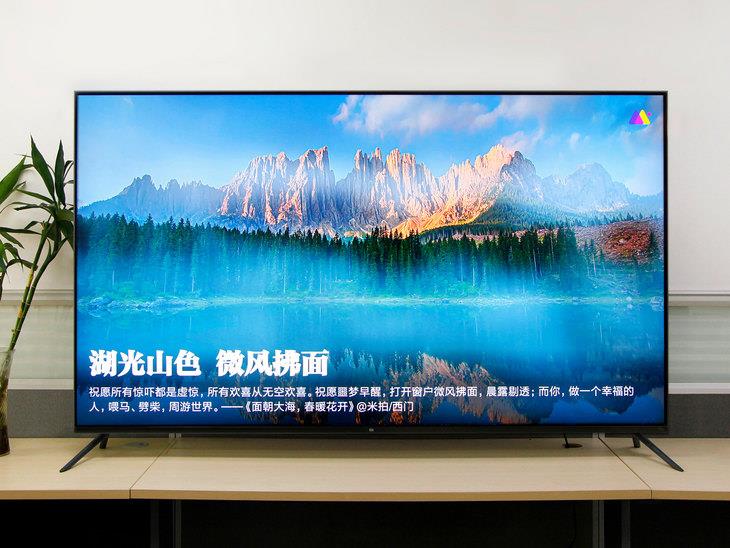 At the design and appearance level, we find a model that offers an appearance that will make it the center of all eyes. Not only because this Smart TV has the simple and elegant design that is so characteristic of the products launched on the market by Xiaomi, but it also has really minimalist aluminum frames that will look good in any space you want, in addition to these frames a thickness of only 1.8 mm. Come on, next to this the screen occupies 97 percent of the front panel, achieving an impressive appearance. Isn’t that enough for you? Well, it is good to know that its thickness is something from another world: it is only 10.9 mm thick, and all of this is thanks to its design without integrated screws to make your body perfect. 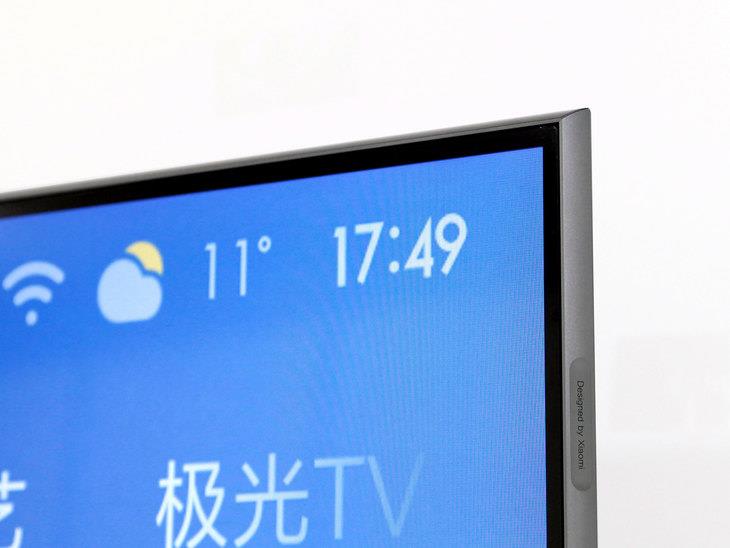 Now, talking about the small design aspects of this smart TV, we have the switch located below the center of the bottom edge of the screen, and when turning the product as such we find the following: the power cord is on the left side of the TV, and the interface area is on the right side of the TV, is equipped with three HDMI ports and two USB 2.0 ports and, lastly, is also equipped with a network cable interface, an S / PDIF interface, a set of AV Input interfaces, and an Antenna interface. 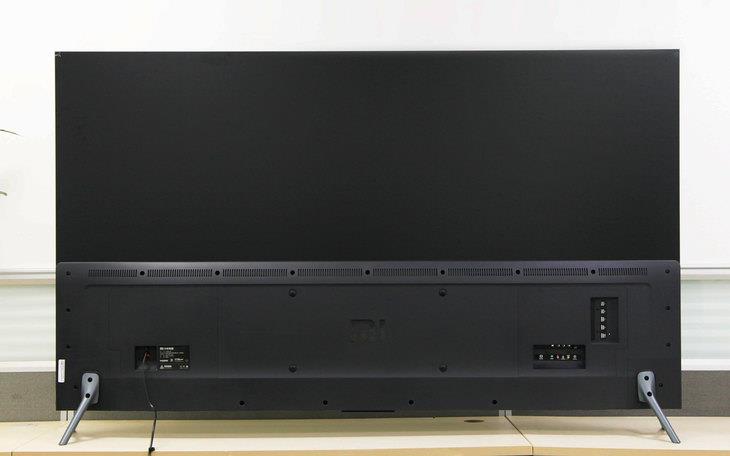 Speaking of its display, this one is of the QLED (quantum dot display) type, which in a nutshell means that, in addition to having higher overall image quality, it also has a slower time over time. Compared to traditional OLED displays, this type of display is capable of delivering deeper and more realistic blacks. Also, moving on to talking about its resolutions, this new Xiaomi TV has 4K resolution and also supports HDR 10+, as well as an NTSC cover of 108% and MEMC (Motion Estimation / Motion Compensation). 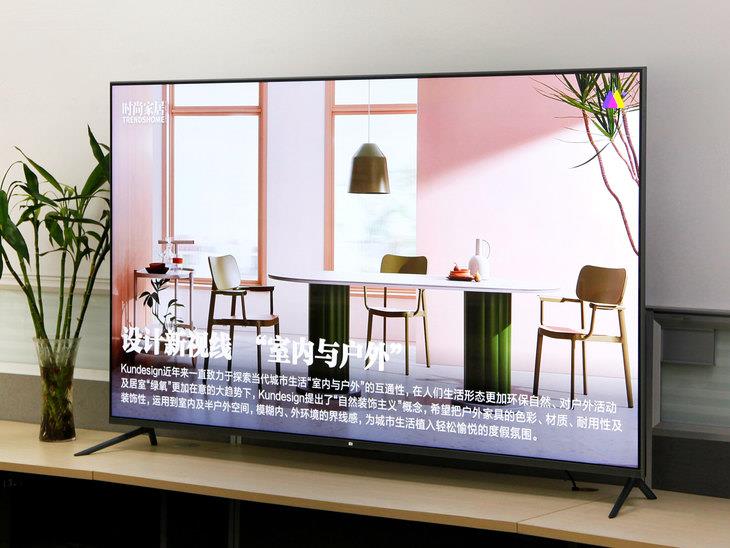 That being said, “Quantum Dot” is the main selling point of the Xiaomi TV 5 Pro series. So, what exactly is a quantum dot TV? What is special about it? In fact, quantum dot TV is a kind of LCD TV with quantum dot technology backlight source. It differs from traditional LCD TVs mainly in the use of different backlight sources. Utilizing the high color gamut white light generated by the quantum dot film excitation, the quantum dot screen of this Xiaomi Mi TV 5 Pro has an ultra-high wide color gamut coverage, capable of presenting rich and colorful colors and vivid and outstanding pictures. In terms of display color far more than ordinary LCD TVs and OLED TVs, so this is where the quantum dot screen stands out.

In relation to the processor that is inside this new smart TV launched by the great Xiaomi, it is equipped with the advanced Amlogic T972 chip. This chip has the most advanced 12nm process technology that can be found on any TV so far, because it has a main frequency of up to 1.9GHz and its performance is 63% higher compared to the previous generation. In addition to that, this 75-inch Xiaomi TV 5 Pro is also compatible with MEMC (Motion Estimation and Motion Compensation) technology, which in an easy, reliable and fast way can estimate the movement path of any object through algorithms of hardware, in addition to inserting new motion compensation frames into the original image sequence and making the moving image look clear, smooth and smudge-free. 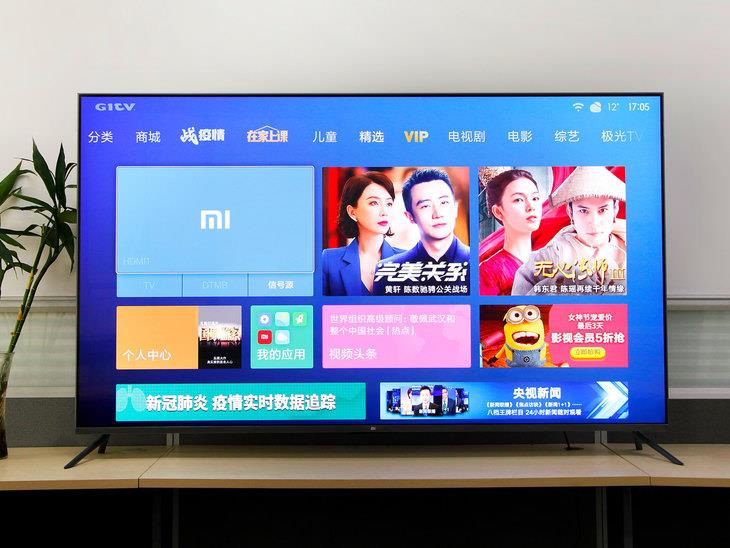 Having a high level of confidence in its vast ecological chain and after a while, Xiaomi has managed to achieve remarkable achievements in regards to the AIoT system and, due to this, with this new 75-inch television, users will be able to see and control all those devices belonging to the company that have the length and width of your entire home. To achieve this, all you have to do is press and hold the start button on the TV remote control to start the AIoT system interface, and thus, from refrigerators, air conditioners, washing machines, speakers, kettles and routers, can be controlled through this Xiaomi Mi 5 Pro.

In short, it can be said that this device from the great Chinese company is not only a television, but also a control center for household appliances. 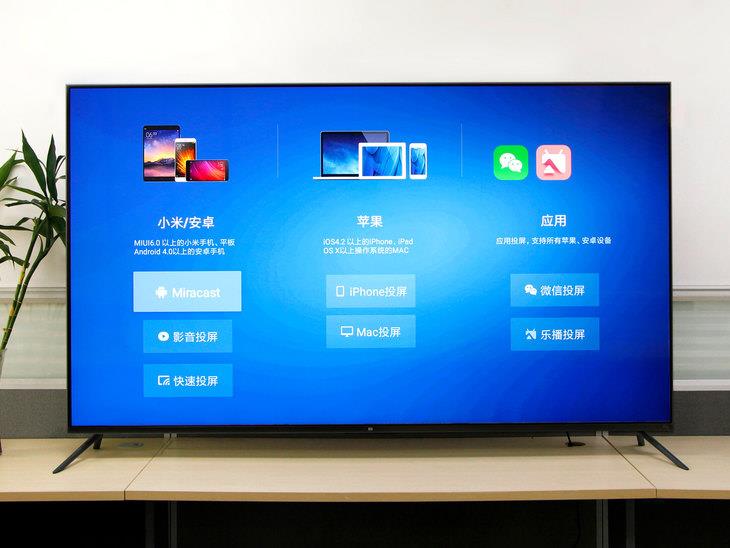 After having shown all the characteristics that this product has, it is time to reach our final verdict. In short, this new TV from the Xiaomi Smart TV series brings with it great specifications, as well as an incredible and slim design, an impressive screen quality and, in particular, in this Internet era, it has another big advantage, which is AIoT. With the strong Xiaomi ecological chain growing up with every single launch, the AIoT function of Xiaomi TV is undoubtedly the top existence in the TV industry. With the AIoT function of Xiaomi TV, you will find that your life can become so smart.

In summary, as the new flagship product of Xiaomi TV, Xiaomi Mi TV 5 Pro 75-inch has excellent performance and an affordable price of only 9999 yuan (or only 1,408.67 USD). It is a good interpretation of the “high-end product popularization” product concept, and it is worth pushing to users.

Here are the links to buy this TV: