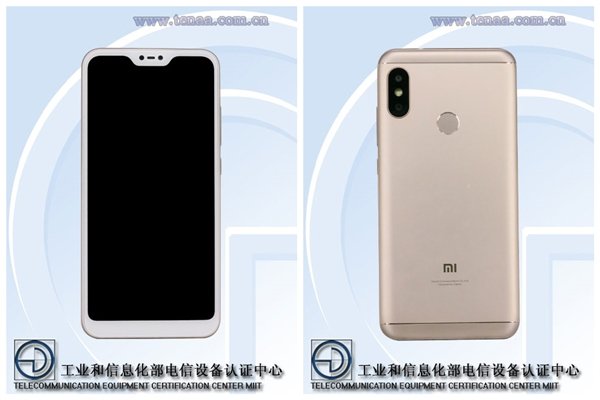 Looking at the pictures, M1805D1ST and M1805D1SC having a black colored front panel, look great. Because the thick bezels aren’t that much noticeable with the screen. However, the same can’t be said for M1805D1SE having a white front panel which clearly shows the ugly thick bezels and the top notch. To be honest, Xiaomi shouldn’t have moved to the top-notch design full-screen. In case of Xiaomi Mi 8, it’s fine but when it comes to Redmi 6, Xiaomi certainly has messed up.

Meanwhile, looking at its back, the flagship appears to be quite similar to Redmi Note 5 with the vertical dual cameras and rear fingerprint reader embedded in a metal chassis. It occupies a space of 149.33 x 71.68 x 8.75mm and weighs 178 grams.

Concerning the specs,  Xiaomi Redmi 6 integrates a 5.84-inch 2280×1080 (19:9) full-screen display. It is powered by a generous 3900mAh battery.  When it comes to memory and storage configuration, the flagship divides into three variants: 2GB/3GB/4GB RAM + 16GB/32GB/64GB ROM. Moving to the camera, the rear is a 12 Megapixel dual camera, and the front camera is 8 MP. Similar to the previous Redmi series, this phone also supports IR blaster. The flagship runs on Android 8.1.1 (MIUI 9). 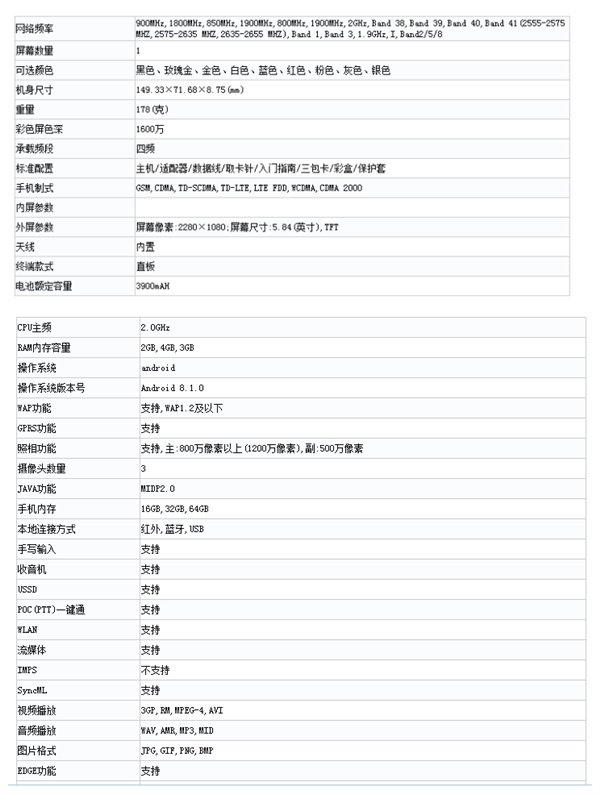 The SoC shown in MIIT database appears to be an octa-core running at 2.0GHz. It may correspond to Snapdragon 625 and MediaTek P60. However, if the flagship is Redmi 6, then Snapdragon 625 is more likely to feature inside it.

In short, Xiaomi Redmi 6 may become the cheapest Full-screen smartphone after releasing. After all, each generation of Redmi XX starts at less than RMB 1,000 (below 156 USD / 134 euros). For that price, we can ignore those ugly thick bezels, what do you think?