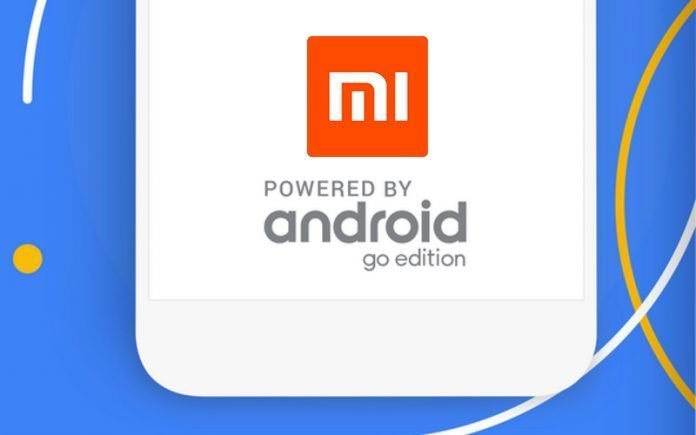 Today, according to mysmartprice report, Redmi’s latest flagship Redmi Go obtained Thailand NBTC certification. The phone goes by its model name which is MI-M1903C3GG. Prior to this, the flagship has been certified by EEC, IMDA, and SIRIM, to prove that the rumors aren’t false. 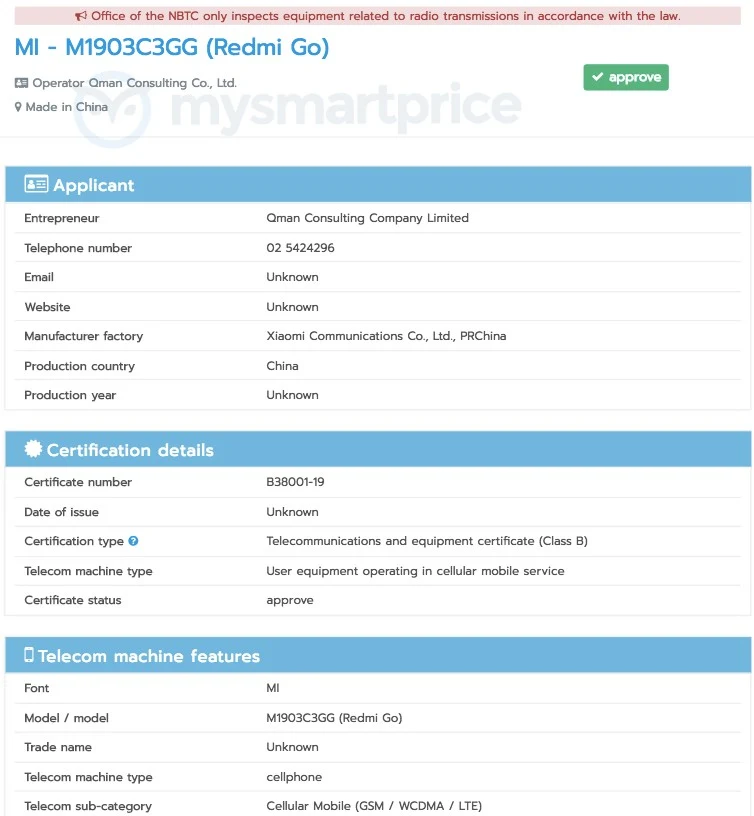 What is Android Go?

Android Go is a simplified version of the Android system that runs smoothly on ultra-low-end Android phones. The specific reason for Android Go is that it can run on 1GB or even on smaller memory.

It is reported that Android Go system security is as high as Android Pie. It also comes with applications such as Google Go, Google Assistant Go, Gboard and Maps Go, which are built for entry-level smartphones with limited memory and storage space.

In addition, Redmi Go uses a 5.9-inch 18:9 full screen with HD+ resolution. The phone may be equipped with 1GB of memory + 16GB of storage, a front camera of 5 megapixels and supports 4G LTE networking.

It is worth noting that since India is one of the most important markets for Xiaomi, Redmi Go will soon be available for sale in India. It is expected that the price of the flagship will be lower than that of Redmi 6A (Redmi 6A is priced at Rs.5999 INR/570 yuan/84 USD). The flagship will cover the below $100 category and even $50 one.