Xiaomi Redmi Note 5A is Xiaomi’s upcoming smartphone which rumors just came out of nowhere. And here we are waiting for the flagship to release tomorrow at 19:30 (Beijing Time). The officials said that Redmi Note 5A would be a high quality and great value flagship. Allow The Phone Talks to provide you every single detail you need to know about Xiaomi’s upcoming flagship from the leaks. 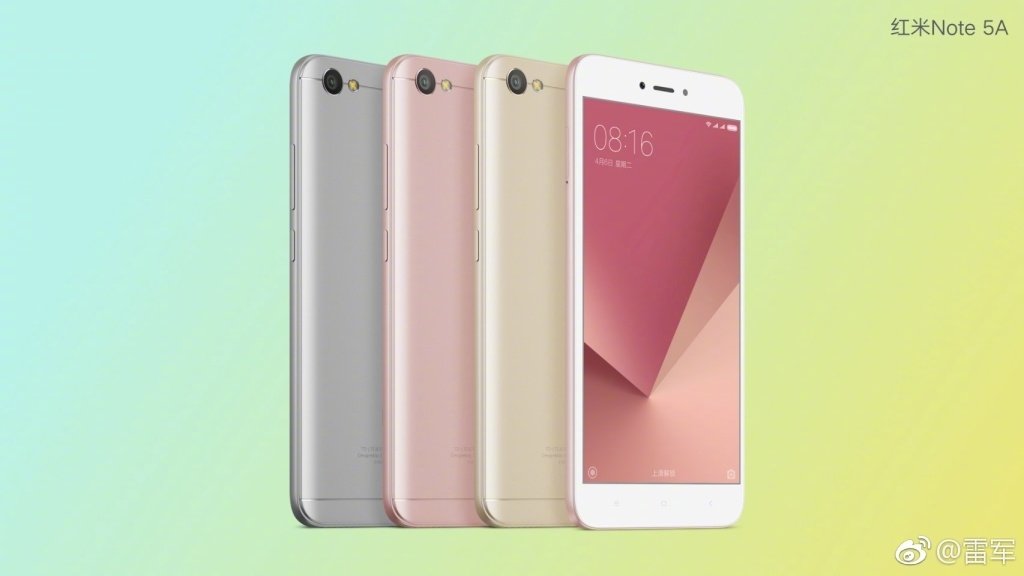 To be honest, Xiaomi will certainly bring some great innovation in the upcoming smartphone. Here are some of them already made official:

Believe it or not but it looks like Xiaomi is finally listening to the hardcore fans out there. Xiaomi provided hybrid SIM slot in all of their phones. However, Xiaomi Redmi Note 5A will be the first Xiaomi flagship to feature a three slots design. Such says the yesterday’s morning post on Weibo by Xiaomi President Lin Bin. This means that you can insert both your SIM cards and a TF card (up to 128GB) at the same time. 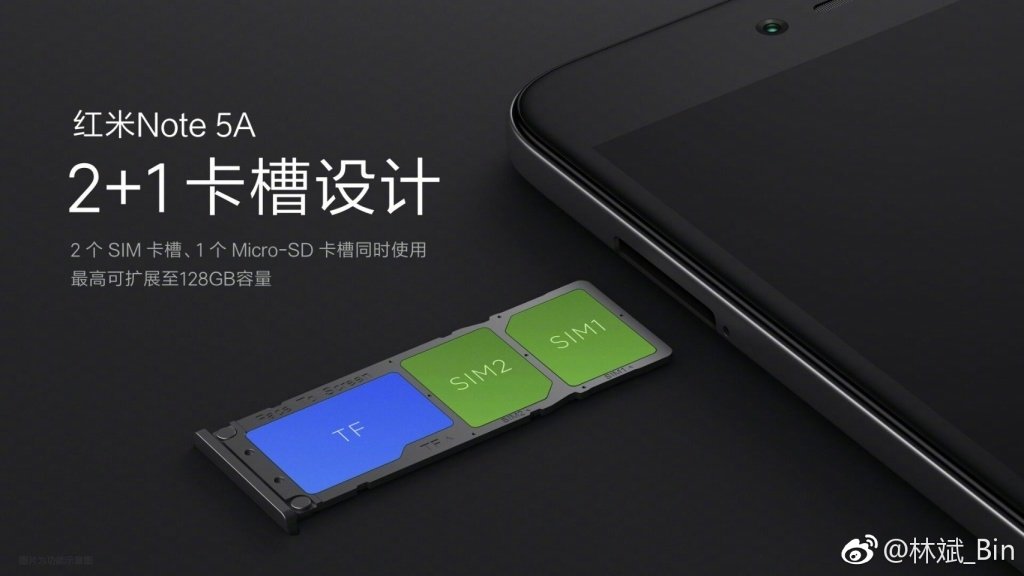 2) The Grand Selfie Shooter With Flash

Xiaomi is focusing on the front camera rather than the rear camera this time. Lei Jun posts an image revealing the camera as one of the selling points. From the search, female users prefer a phone with a great selfie shooter; the Note 5A will attract them with its dedicated front camera. It’s the first 16MP front camera which features 36 levels of beauty. Indeed, the front LED flash innovates the flagship. 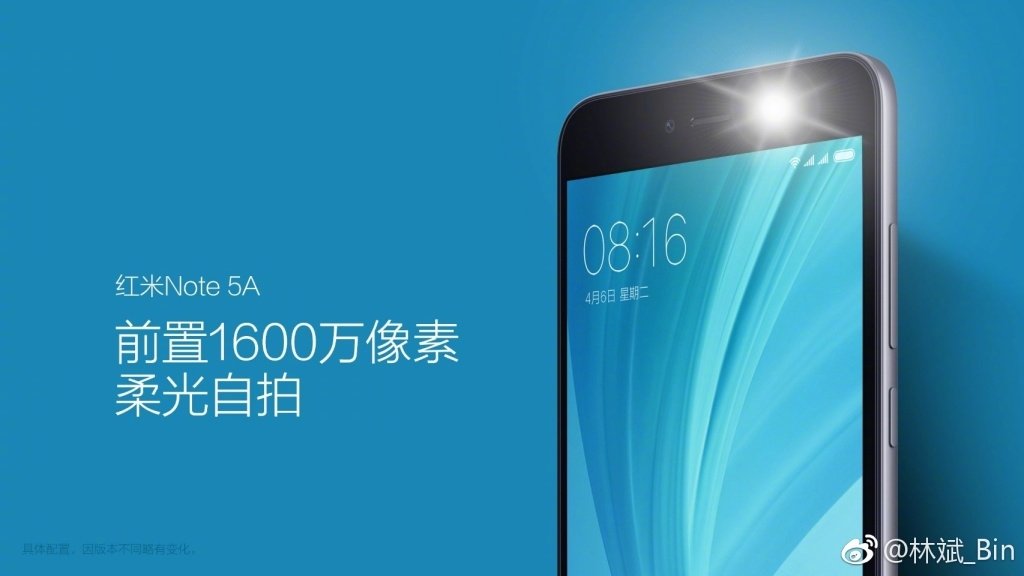 3) A Three-Staged Metal Chassis for a Low-Ender

The only thing we didn’t like was to make Redmi Note series a low-ender this time. Although, there’s also a high-end variant with better SoC still the standard one has a low-end SoC. To be honest, the note family consist of mid-end phones which are budget-friendly. They could have simply named it Redmi 5A or even Redmi 5. However, coming to the point, so what if it’s a low-end phone, Xiaomi will continue to provide great built. That’s why we witness the three-staged metal chassis. From the picture leaked on slashleak, it appears to be a unibody design, but it’s not. The top and bottoms are plastic and continue the same traditional antenna design. If it turns out to be a unibody layout, then it’s the best design for value. Simple yet elegant.

Heading to the specs, Xiaomi Redmi Note 5A integrates a 5.5-inch 720p screen. We would have loved it if it was 1080p. However, the flagship divides into numerous variants making the phone categories in both, mid-tier and low-tier. Here are the following: 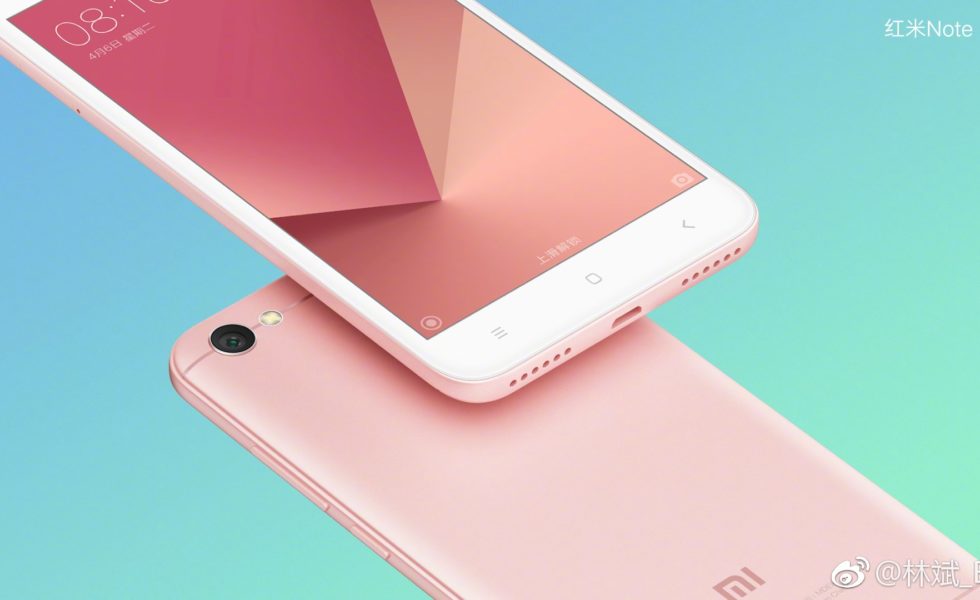 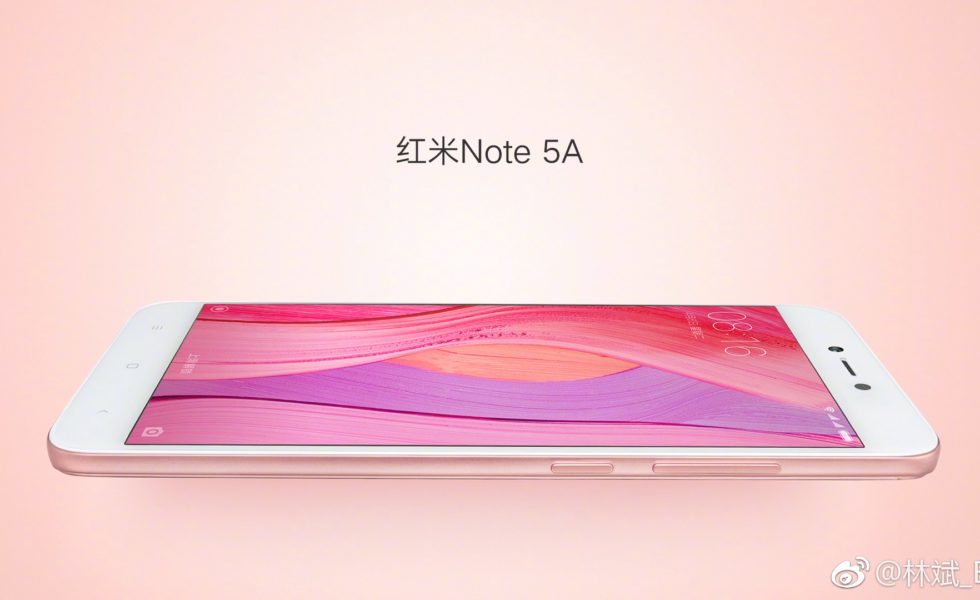 At last, comes the most anticipated question. What’s the price of Redmi Note 5A? Well, the price isn’t official yet, but it will not exceed 1399 Yuan. We will have:

For the last moment leaks and the release of Xiaomi Redmi Note 5A, stay tuned!