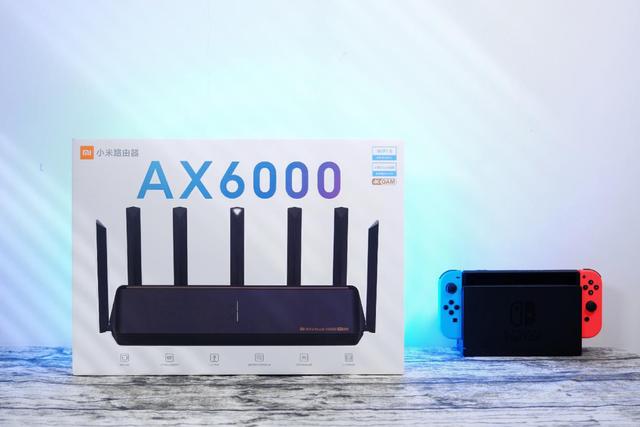 In late 2020, with the Xiaomi AIOT router AX3600 adopting Qualcomm’s WiFi 6 wireless networking solution, Xiaomi routers have gotten off to a great start and take off in the wave of popularity of WiFi 6. Now, just a few weeks ago, on December 28, At the Xiaomi Mi 11 conference, the long-awaited flagship router product finally arrived as planned, and we are talking about the Xiaomi Router AX6000. Today we will show you all its great specifications in this Xiaomi Router AX6000 Review.

WiFi 6 vs WiFi 5 | What are the Differences? | Guide Before Buying a WiFi 6 Router

In comparison to the previous generation of Wi-Fi 5, the biggest improvement of Wi-Fi 6 is to greatly increase the capacity of concurrent devices under multiple antennas. The use of new technologies such as OFDMA and 1024–QAM can greatly reduce the interference between devices under the same antenna and improve transmission efficiency. With MU-MIMO under multiple antennas, the increase in the capacity of concurrent devices is ensured.

The transmission rate and coverage under Wi-Fi 6 have also been improved to a certain extent. The theoretical rate of a single 5G antenna has been increased from 433Mbps to 600.5Mbps, and the range of each data transmission has been increased to 4 times, reducing the packet loss rate. Since the minimum can use only 2MHz bandwidth, the limit of stable transmission distance is also much higher than WiFi 5.

So, no matter which router you go for as long as they support the WiFi 6 module, you will find these features within such routers. However, the problem comes with firmware and hardware support. Some of the routers either have a poor hardware configuration or a poor firmware which limits the wonders of WiFi 6.

With limited hardware the mentioned devices connected at one time on WiFi 6 router are not achieved, the download and upload rates are not up to the mark, and the stability issues always exist. One example of such a problem is the Archer AX20 router. The same goes for the firmware, if there are no frequent firmware updates to fix the previous problems stability issues and ensure WiFi 6 are enabled, then it’s not a good investment. Such an example is the Xiaomi AIOT router AX3600 which doesn’t support 160MHz bandwidth at the moment.

First in this Xiaomi Router AX6000 Review, and before we talk about all the great features that this router brings with it, let’s talk a little about the packaging it comes in. The recently launched Xiaomi Router AX6000 comes inside a rectangular white box, in which not only is the name of the device printed, but also an image of it, which are accompanied by the most striking specifications of the product, in addition to the classic Mi logo.

On the other hand, on the back of the box, and although they are in the Chinese language, not only are the rest of the internal characteristics of the router, but you can also see some of the physical characteristics that it has, such as the ports that are on its back, as well as data about it and some of the devices that can connect to WiFi 6 through it. 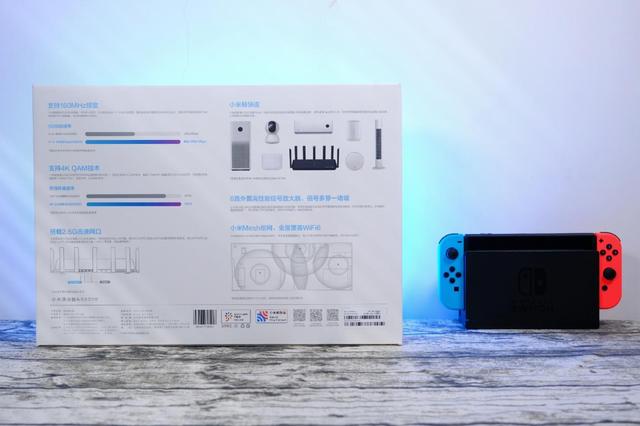 Now going inside, we can find the body of the router itself. We find the body of it, in addition to the 7 antennas that provide us with connectivity and stability, as well as the special charger it has, a network cable, and its respective user manual. 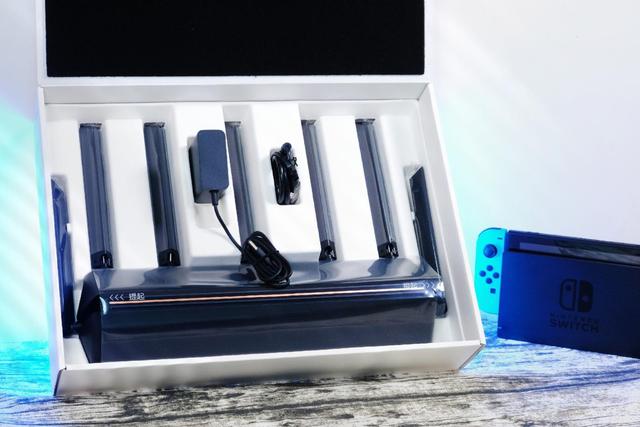 Now, going on to talk about its exterior design, this being one of the main points for users when buying a device of this type, the Xiaomi Router AX6000 not only has a striking design, but is also a little different from the other routers that are available in the market, and all thanks to the 7 antennas it has (6 high gain antennas and 1 AIoT smart antenna). This device has a rectangular shaped body with dimensions of 408 mm x 133 mm x 177 mm, which is covered in black color with a matte finish, thus providing an elegant touch. 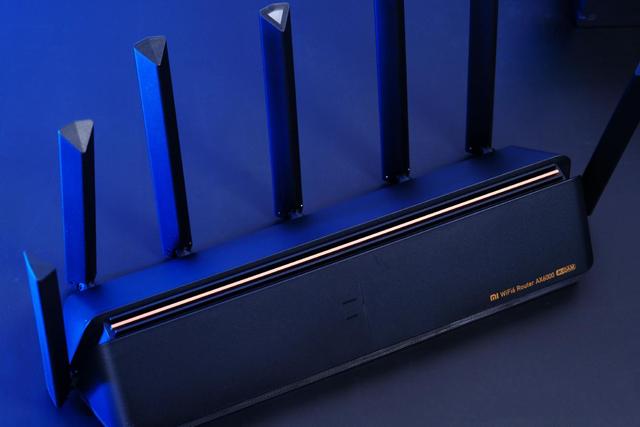 On the front, we not only get the matte black layer, but the name of the device is also located here, but it also has the Xiaomi logo, in addition to also having WiFi6 and 4K QAM printed right next to it. Having said that, the front of this router also features a special grill to prevent overheating. 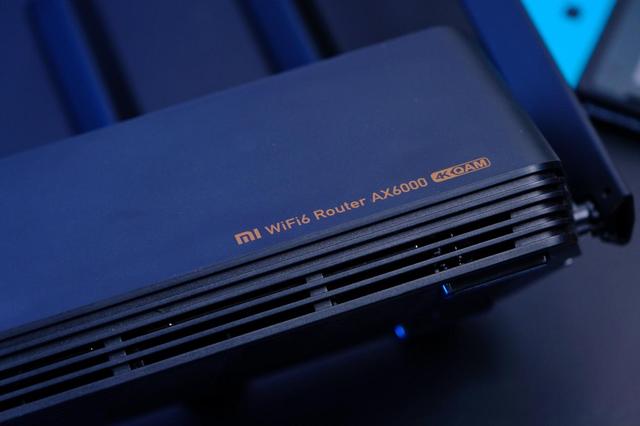 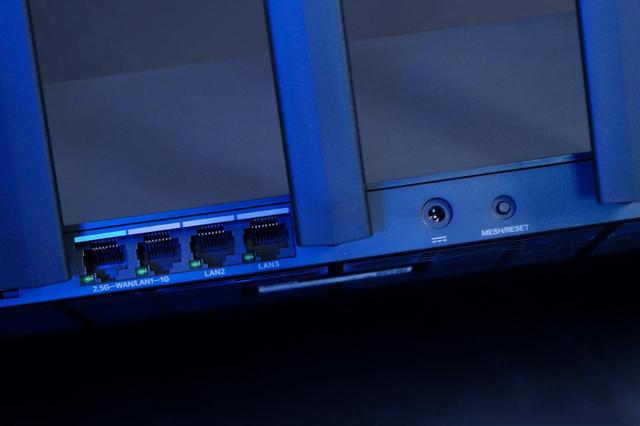 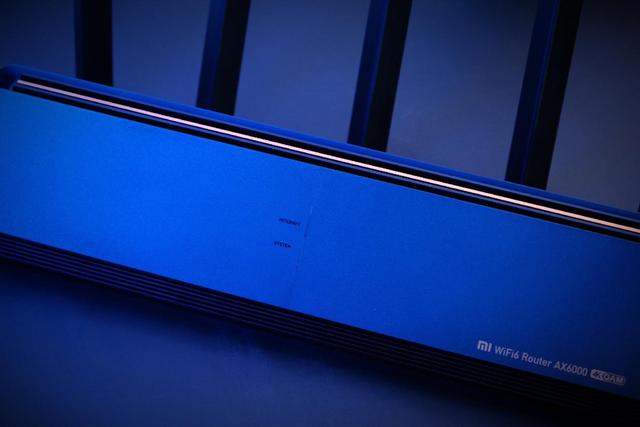 Moving on to talk about hardware and performance, and as has already been commented previously, the new Xiaomi Mi Router AX6000 has inside it with WiFi 6 natively, this being something that has been happening with the latest launches of routers from already different brands throughout the world. In a nutshell, this means that this powerful new router will be able to simultaneously manage both 2.4GHz and 5GHz connections, thus adding their bandwidths to improve the speed of our internal line.

This will mean that the Xiaomi Mi Router AX6000 should be able to generate links of up to 4.804 Mbps speed, although always under ideal circumstances, of course, since a multitude of factors intervenes in the speed of a WiFi connection. This new router is capable of, for example, handling up to 4.160MHz channels at the same time, thus improving stability at the same time.

Likewise, the new Xiaomi Router AX6000 is compatible with 4K QAM technology, in addition to also having a physical Ethernet router that will be able to provide another extra connection of approximately 2.5 Gbps. It is worth noting that to this new Xiaomi WiFi 6 router we will be able to connect up to 248 devices in total, which can range from conventional devices such as computers, smartphones, or tablets to connected devices at home such as light bulbs, thermostats and much more.

Continuing with this Xiaomi Router AX6000 Review, the router has six independent signal amplifiers, being able to dedicate each antenna to a specific signal so that it has a greater range in a specific direction. The router supports mesh WiFi, as well as can be the home IoT management hub. Up to 248 different devices can be connected. Each device can be added by simply pressing the “+” button on the router, so you do not need to see the WiFi key on the computer or on the router.

At the wireless level, it also has a full bandwidth of 4 channels of 160MHz, being able to take advantage of the enormous speeds supported by mobiles such as the Xiaomi Mi 11. This model also incorporates a new 2.5Gbps Ethernet port, thus preparing for the networks of the future that exceed this speed soon. Thus, we have two ports that can act as LAN or WAN (only one at 2.5Gbps), and another two LAN at 1Gbps. 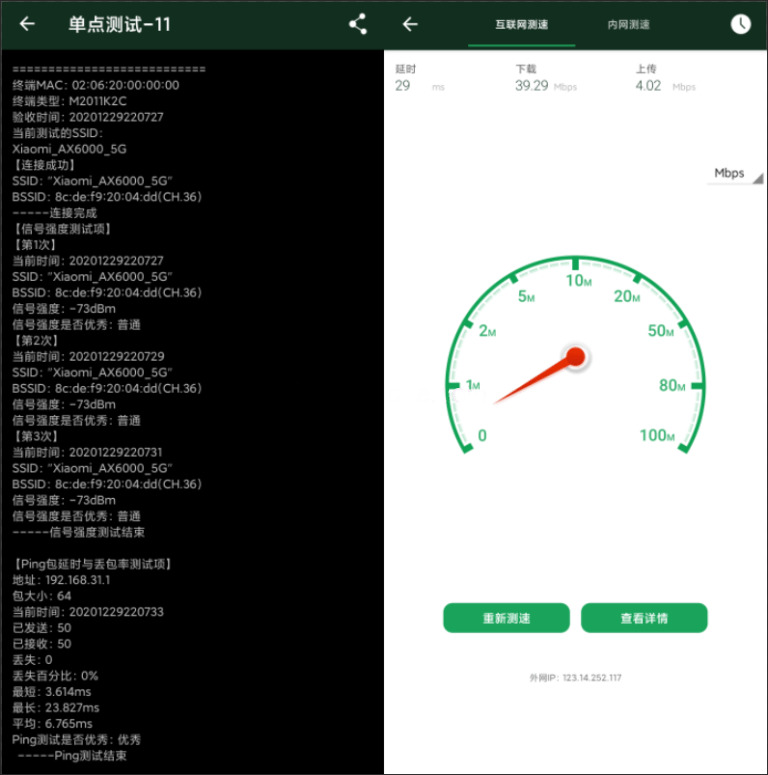 People often confuse in selecting either 80 MHz bandwidth or 160 MHz bandwidth. This is one of the best routers in which hardware not only supports 160MHz but also the firmware as well.

80MHz or 160MHz? At 160MHz, the amount of data transmitted is further increased, compared to 80MHz dual antennas, up to 2 times. In the previous tests, the advantage of 160MHz is very obvious. In the worst case, the network rate is still 173Mbps, which is 1.95 times that of another phone with the better signal; and in the intranet test is even more where although there are losses in both bandwidths, the 160MHz bandwidth has soared to 1583Mbps, maintaining a similar signal loss level but still much higher in speed. 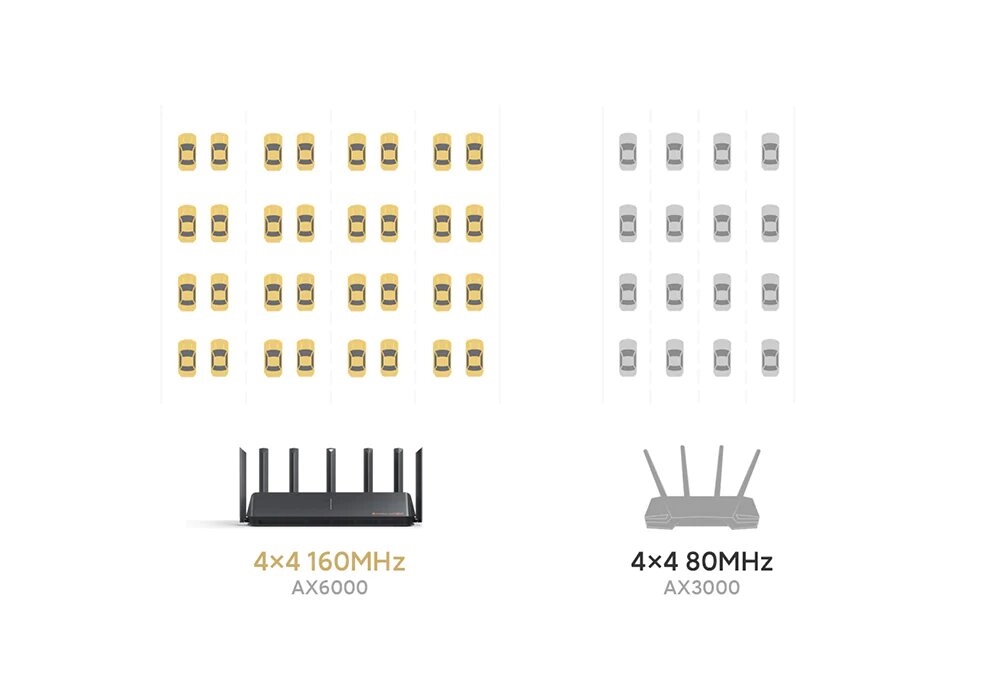 But the 160MHz bandwidth naturally has certain trade-offs while being faster. Wider frequency bands have a greater chance of receiving interference, and they are not as directional as short frequency bands at long distances. So in the test, the signal strength and delay performance at a long distance are slightly weaker. And the combination of dual antenna + 160MHz, lack of MU-MIMO addition brought by the number of antennas, Wi-Fi 6 concurrent low latency, and low interference advantage can not be fully exerted when there are multiple devices.

Although there are some shortcomings, the huge advantage of 160MHz in speed cannot be ignored. For the supported devices, 160MHz can effectively increase the performance of a single device significantly under the clean spectrum. When you don’t have many devices, using 160MHz bandwidth is the best choice.

In terms of user interface and connectivity, this router can not only be used in a very easy way, but connecting it to any smart device is also very simple since once the router is connected to its power source, all you have to do is use the phone or computer to be used to connect to the WiFi network of the Xiaomi Router AX6000, and then configure the administrator password. After doing this, the user will be able to access the Internet normally and whenever the user wishes. 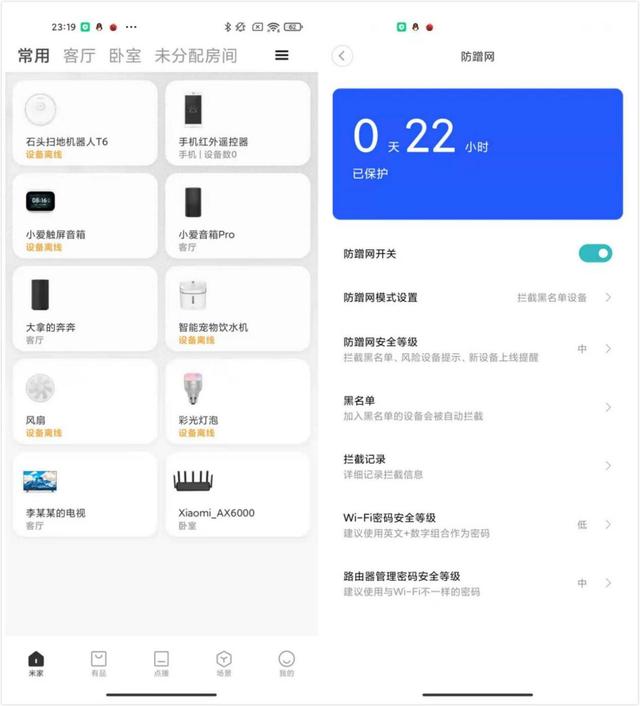 The fact that the internet has become so necessary for the population today, makes this device almost necessary. Due to the importance it has, it is very pleasant to know that it works in a great way and that it can be configured in such an easy way, in addition to the fact that so many devices can be connected to it is one of the greatest points in favor. what’s wrong with it. Simply put, the Xiaomi Router AX6000 brings with it an incredible winning combination in terms of speed and performance, and it is easily going to become one of the most powerful and popular tech products of all of 2021.

In case you are interested in buying this new Xiaomi router and you don’t know where you can get it at the best price, here we have the solution. Although this device was recently presented, the Xiaomi Router AX6000 can already be purchased in some online stores, as well as Gearbest, where it has a low price of only $145.99, so don’t waste your time and go get yours!

You can grab the Xiaomi Router AX6000 from the official online store of Gearbest for the best price of $145.99.

Moreover, the router is also available on Aliexpress. 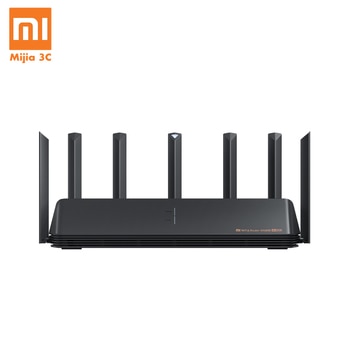 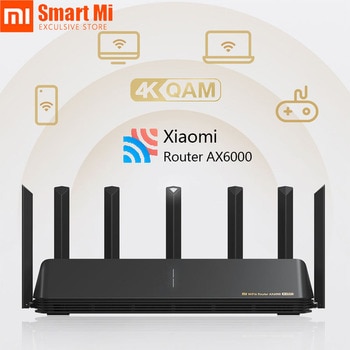 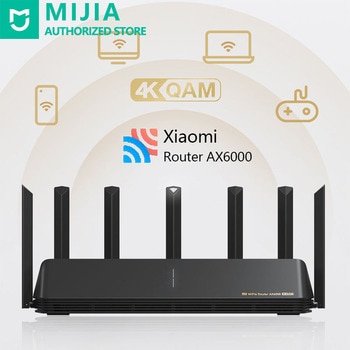 We hoped you loved today’s Xiaomi Router AX6000 Review. Want to know anything about the router? Let us know in the comments.

Xiaomi Router AX6000 Review | Mi Finally Goes 160MHz!
Summary
The fact that the internet has become so necessary for the population today, makes this device almost necessary. Due to the importance it has, it is very pleasant to know that it works in a great way and that it can be configured in such an easy way, in addition to the fact that so many devices can be connected to it is one of the greatest points in favor. what's wrong with it. Simply put, the Xiaomi Router AX6000 brings with it an incredible winning combination in terms of speed and performance, and it is easily going to become one of the most powerful and popular tech products of all of 2021.
Design & Appearance
9.5
Hardware & Performance
9
Signal Strength and Performance
9
User Interface & Connectivity
9
Reader Rating0 Votes
0
Pros
WiFi 6 technology
160MHz support by default
Sleek and compact design
Tons of features (WPA3 encryption, child protection, game mode, Mesh)
Cons
No USB port
9.1
Xiaomi Router AX6000 Review | Mi Finally Goes 160MHz!
Start typing to see results or hit ESC to close
Xiaomi Huawei OnePlus MIUI MediaTek
See all results