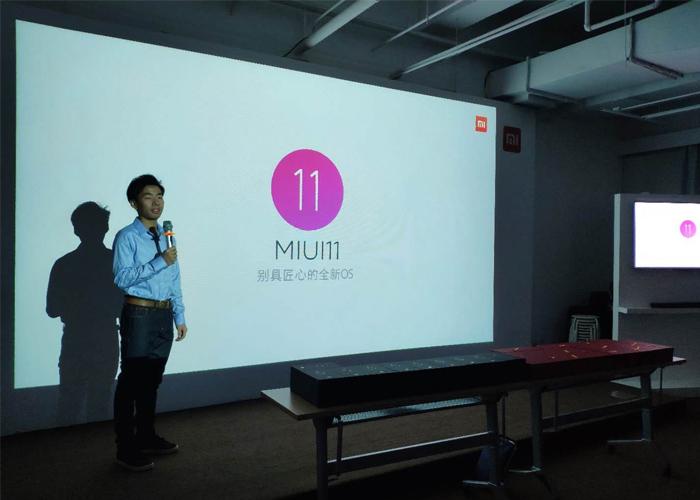 Xiaomi confirms that is already working on MIUI 11

Recently, Liu Ming, head of the product planning department of Xiaomi, said that the operating system MIUI 11 is official. This announcement also indicates that the new OS is about to enter the research and development stage. Ming also took the opportunity of the meeting to offer some details of MIUI 11. It will be a more intelligent layer that will seek to settle on Artificial Intelligence and Machine Learning, which would make it smarter than MIUI 9 and MIUI 10.

Also read – New conceptual images of the OnePlus 7 come to light – A release closer than expected?

Since its inception, the development version of MIUI has been continuously updated for 402 weeks, and the annual update of the stable version has become a wait for everyone. Now that the MIUI 10 was launched more than half a year ago, it can be said that the opening of MIUI 11 is scheduled. According to the source, MIUI 11 will inevitably have the same refreshing feeling in the optimization of the system and the development of new functions and more updates that the previous main version.

Looking back over the last two years, MIUI 9 is an experience “lightning fast”, while MIUI 10 is the main screen system with AI. Each update has received a high rating from users and the media. As the first product of Xiaomi, the MIUI operating system has been the favorite by the users, it has always been in the leading position in the industry in terms of basic experience and research and development function, and has been used as a base by many other manufacturers.

The company showed statistics about the ROM MIUI, it has already surpassed the 300 million current users and has supported more than 40 different devices.