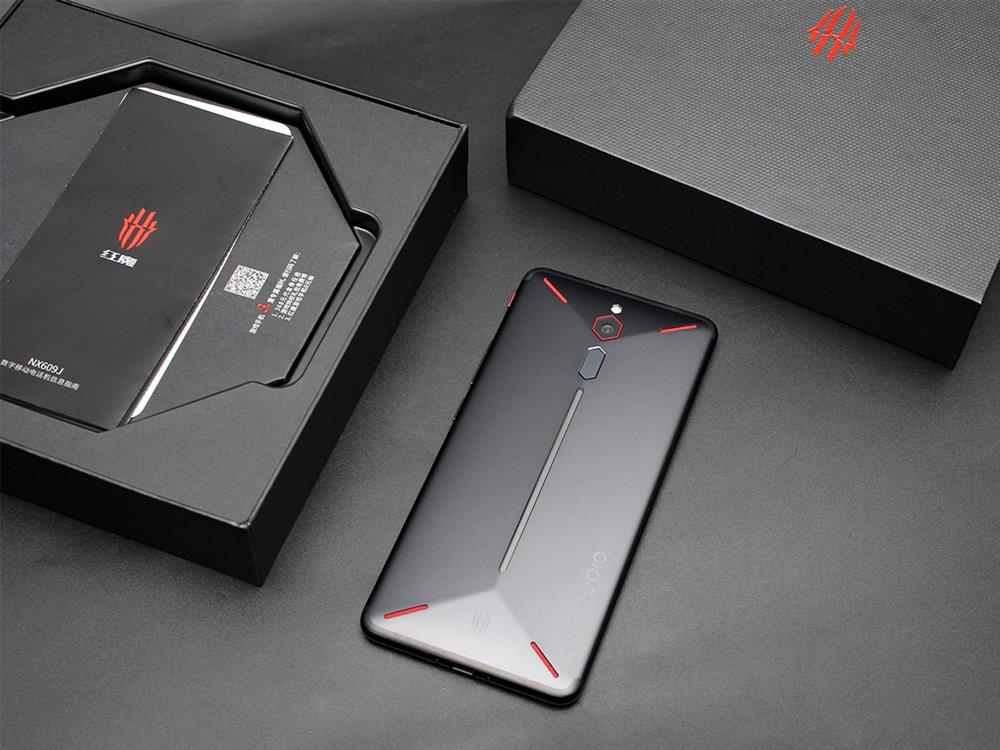 Finally, the ZTE Nubia Red Magic Gaming Phone has released. It is time to appreciate firsthand what this new Nubia’s device offers to us, and the best way is seeing it from the packaging. Join us throughout this ZTE Nubia Red Magic Unboxing Review and discover all the magic of the company’s latest device.

A large box with rough texture is the one in which the Nubia Red Magic is perfectly packed. It is big and hard enough to protect the device from any physical damage. Inside the box, along with the phone, we have the power adapter, a USB cable, and the User Manual as the accessories. The best part of the boxing was that the first impression of the phone was excellent. There’s the hexagonal depression where the phone rest and this matches perfectly with the 3D symmetrical hexagon design of ZTE Nubia Red Magic.

We are dealing with a smartphone that seeks to be comfortable to play, and as such this has dimensions adjusted for the user’s hands which are 158.1 x 74.9 mm. The Nubia Red Magic has a thickness of only 9.5 mm and a weight of 185 grams. The design is everything for this mobile and is that the company has wanted to revolutionize with a vector structure cut with a diamond that allows it to take full advantage of its internal characteristics (we will explain it later).

On the back, the device has a fingerprint sensor with a hexagonal shape. Below this, the smartphone has a large RGB LED strip with a range of 16,800,000 colors that alternate. The hexagonal shape and the RGB LED Strip is the signature of this gaming phone. The manufacturer would have probably got this design idea from the gaming laptops. To us, the LED strip appears to be a bit childish and at least it’s unique. Instead, Nubia should have added the same logo on the box and integrate LED inside it. In addition to this detail at the design level, the smartphone will go on sale in 2 colors: Black Stone and Flame Red. 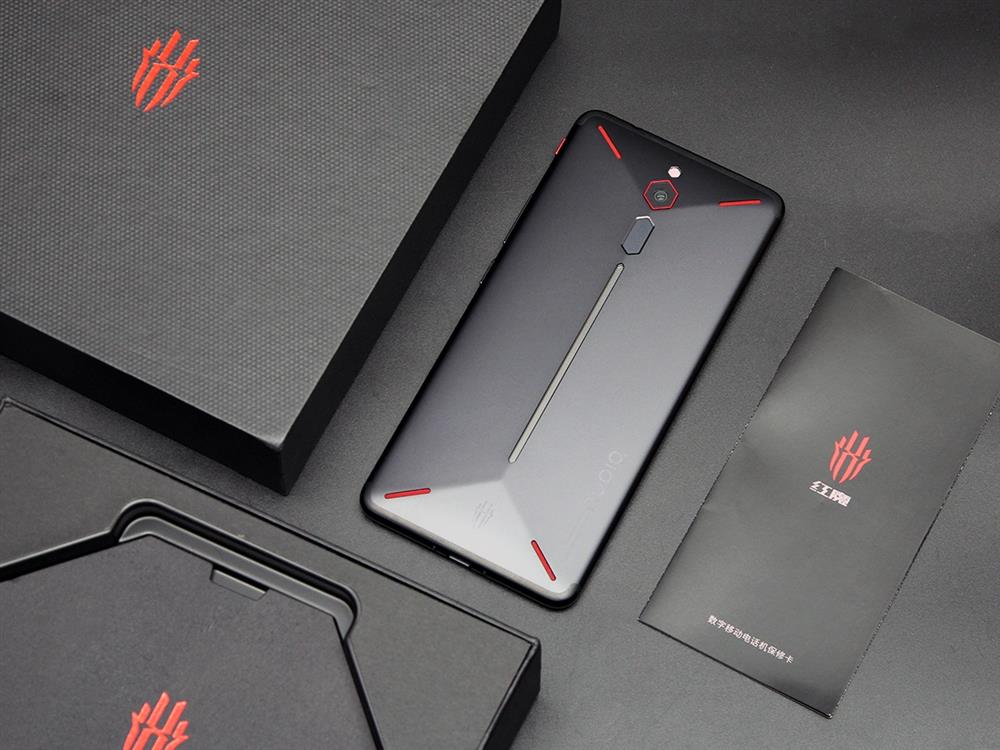 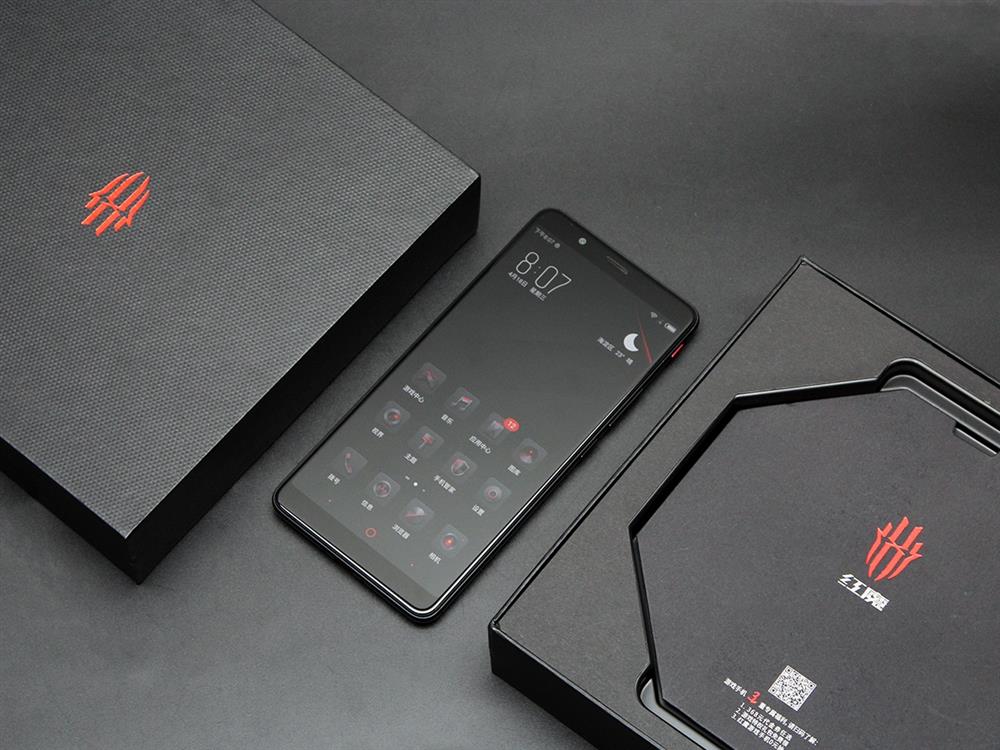 In terms of power, we are dealing with a smartphone that implements the Qualcomm Snapdragon 835 Chip. It is unusual that the device does not include the most recent Snapdragon 845, but the performance is still very similar. It is an octa-core chip based on an architecture of 4 x Kryo of 2.35GHz and 4 x Kryo of 1.9GHz. The SoC is completed by an Adreno 540 GPU. The terminal also comes in 2 memory presentations, one of 6GB of RAM and 64GB of ROM and another of 8GB of RAM and 128GB of ROM.

Despite being a smartphone designed especially for playing games, it also has powerful cameras. On the back, it has a 24MP lens with a f/1.7 focal aperture, and it is inside a hexagonal frame to maintain the design of the mobile. To bad that it’s not dual camera similar to Xiaomi Black Shark Gaming Smartphone. On the front is an 8MP lens with a f/2.0 focal aperture, perfect for selfies. 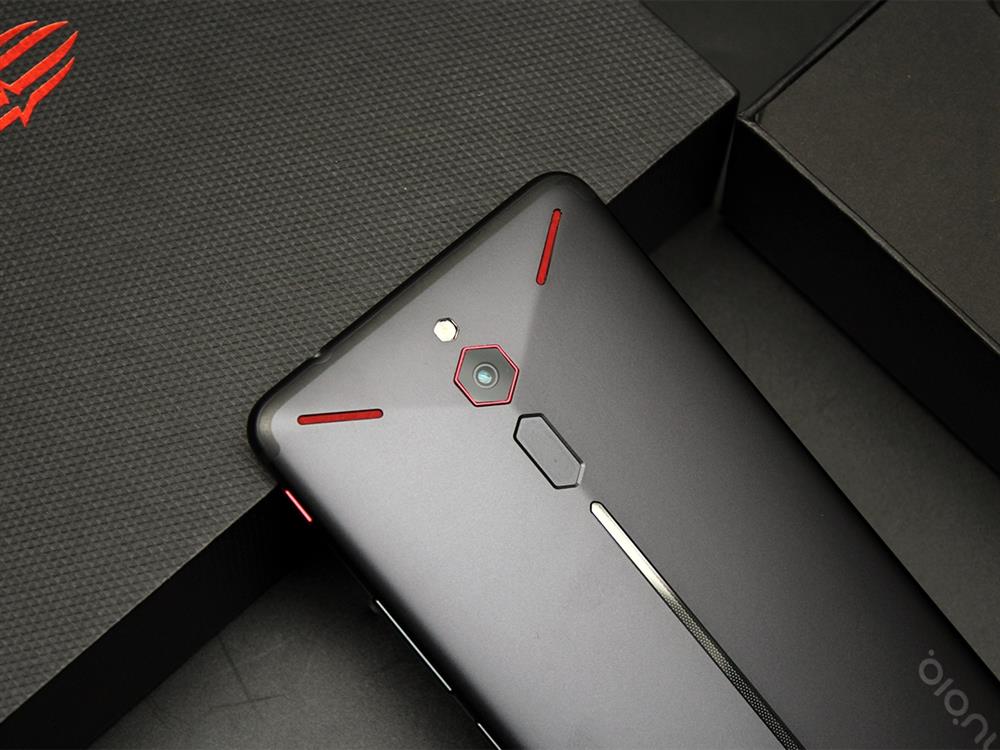 Among other features of the Smartphone, it includes a 3800mAh battery to play for 7 hours with just one charge. It also comes with Android 8.1 from factory to enjoy the latest applications and games available. At the sound level, it includes DTS technology and a Smart amplification system. This is what its competitor Xiaomi Black Shark lacks. 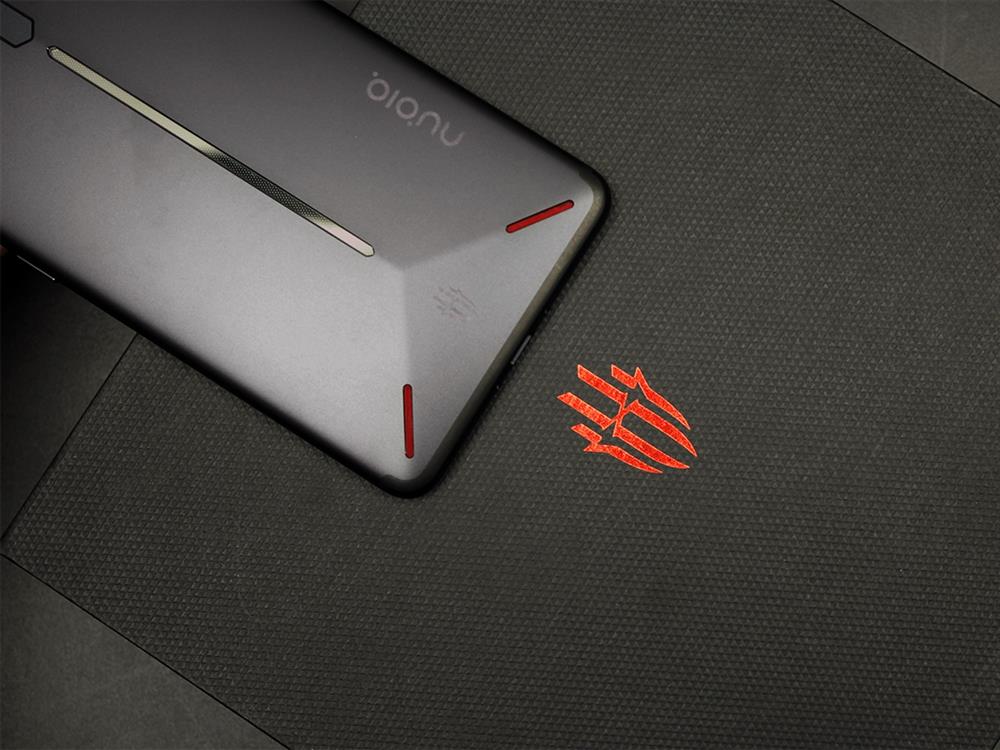 We cannot finish this ZTE Nubia Red Magic Unboxing Review without talking about what makes the phone so unique: its gaming features. The Smartphone has a series of utilities and features that allow it to stand out from the ordinary mobile when it is put in the test field. 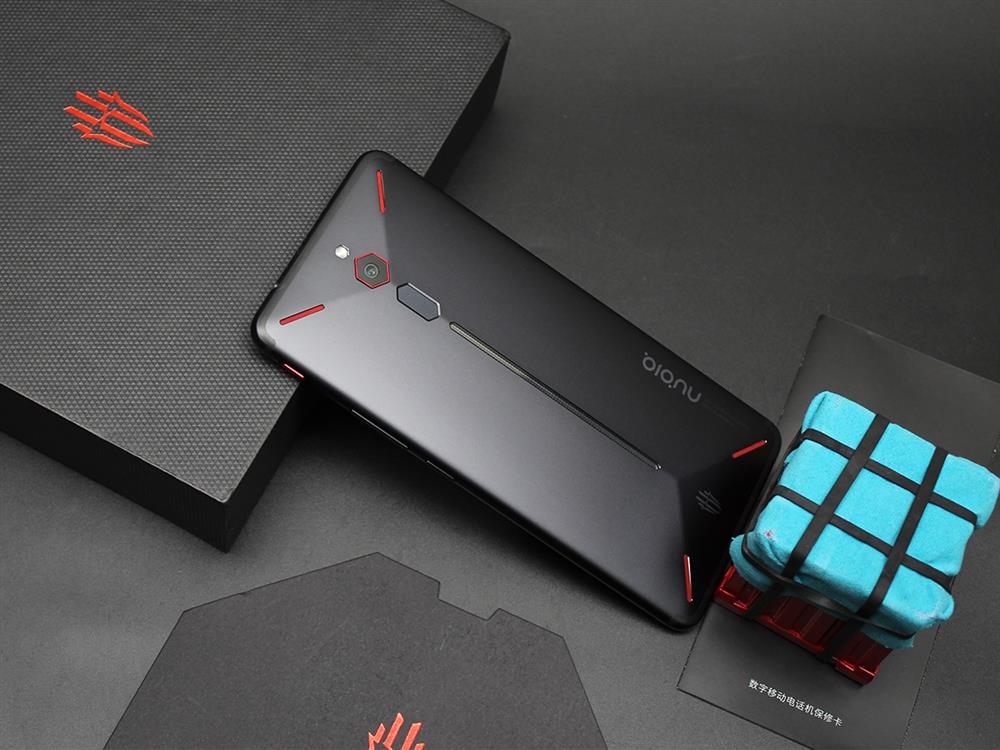 The first is its aluminum construction accompanied by a design that allows the terminal to be held for extended periods of play. But the design is not only for this since it also works to implement a new air convection cooling system. It is normal that with a demanding use the Smartphone will warm up, so Nubia have been given the task of reducing this effect. 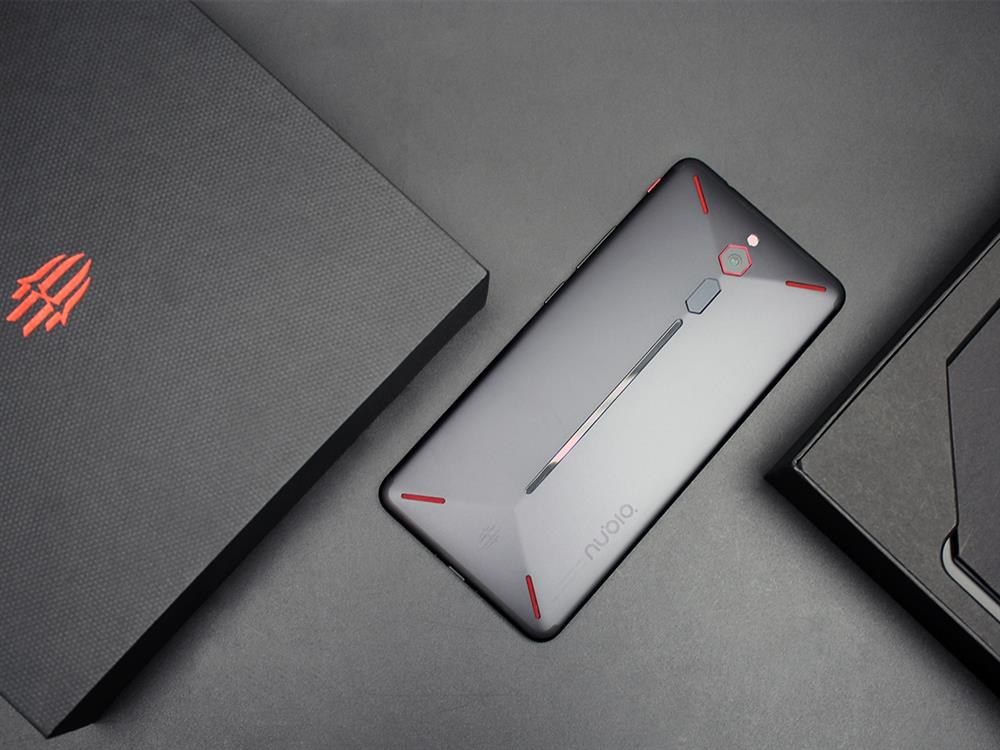 In terms of experience in general, it has 128 adaptive game modes, 79 special optimizations, a stable high-frame rate mode and a reduction in game load times by 50%. 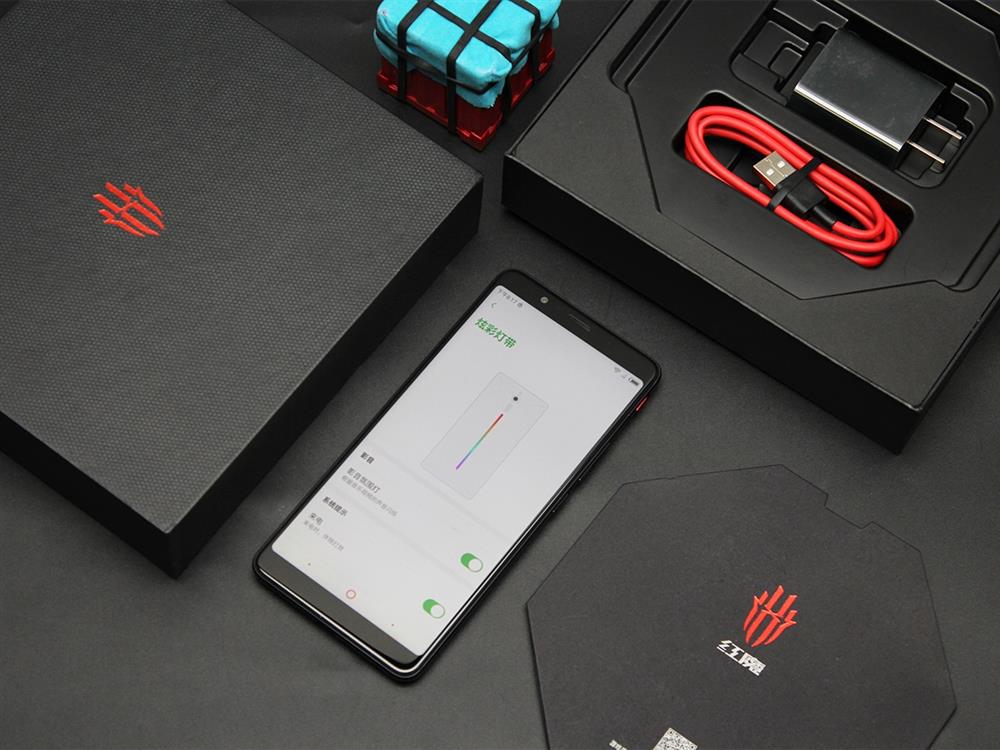 Finally, the terminal has a special button that when activated, centers all the phone’s resources to the game in execution, limiting the use of data from other applications and blocking notifications, incoming calls, and the arrival of messages. 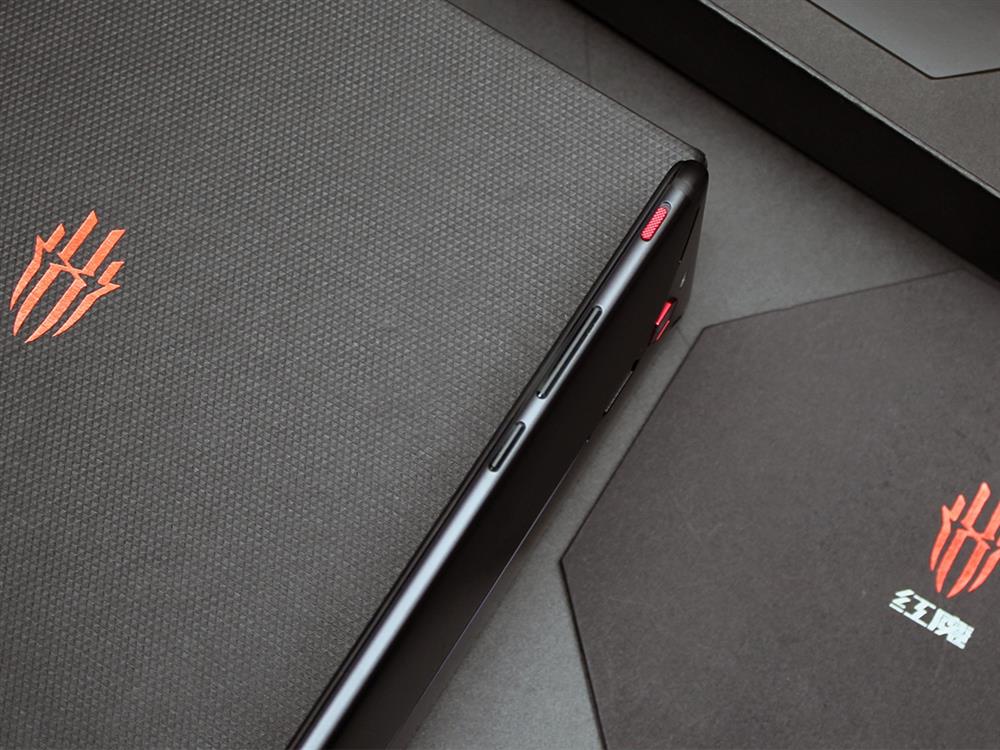