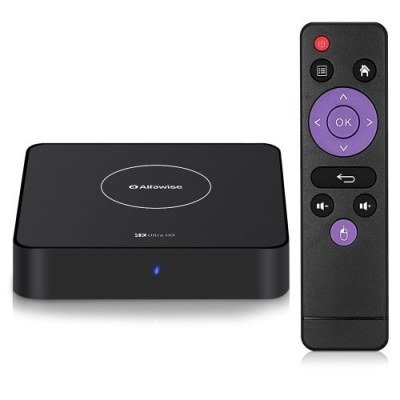 Alfawise might not be that famous as Xiaomi but it is following the footsteps of Xiaomi by not limiting itself to a few electronics. Speaking of the high-quality and stupendous price tag, Alfawise ranks 2nd after Xiaomi when it comes to Chinese products. Moreover, most of its products offer better specs at a much better price. Such is the Chinese manufacturer’s latest TV Box ‘Alfawise A8X’.

Now, what’s so special about this newly released TV Box. More importantly, can it complete with the Xiaomi’s Mi Box series (more specifically Mi Box 4) despite marketed at half the price? Let’s get to know Alfawise A8X much better in this Alfawise A8X preview:

Alfawise A8X has a square shape design and is curved from the corners similar to Mi Box 4 and most of the Chinese TV Boxes. It’s not as much appealing as the Alfawise S95 with front LED display or the Mi Box 2 with a complete curvy chassis. If you are more into the appearance, Alfawise S95 and Mi Box 2 are some alternatives. However, having a common square shape design seems fine for us as long as it’s under $40.

The TV Box occupies a space of 8.20 x 8.20 x 1.60 cm and weighs 300 grams. Surprisingly, it’s much compact and thinner than the Mi Box 4. However, despite that, it weighs 300 grams which is almost twice the weight of Mi Box 4. The plastic built is common among TV Boxes, however, the weight categories if it’s a cheap or a premium plastic chassis. Thankfully, Alfawise A8X has a premium built with a smooth plastic chassis. 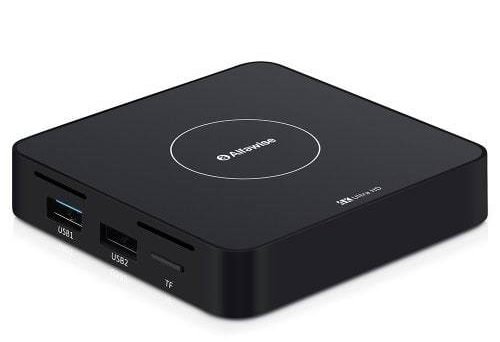 The ports and slots placement is praising since the always-connected ports are on the back and the frequently attaching and detaching ones on the left. We credit Alfawise A8X because in most of the cheap TV Boxes we might either witness few connectivity options or poorly placed ones. 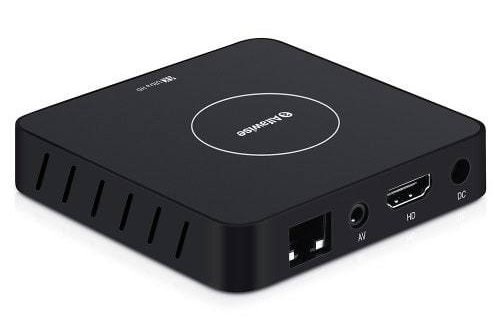 On the front, there’s the LED indicating the status of the TV Box. Meanwhile, the bottom is embedded with rubber pads to have a perfect grip on the glass.

In short, the appearance and design are pretty classy and simple which is expected under $40. However, it’s quality what we witness and no cheap plastic at all.

Alfawise A8X might not compete with the hardware and performance configuration of Mi Box 4. There’s a fine gap between the performance of the A8X’s Rockchip RK3328 1.5 GHz processor and the Mi Box 4 Amlogic S905. The Amlogic S905 might be popular with the CPU performance as well as the Gigabyte Ethernet. However, there’s a feature of the RK3328 which is crucial for TV Boxes and that feature is USB 3.0 support. That’s right, Amlogic S905 doesn’t support the USB 3.0 interface while RK3328 does. Moreover, in the AnTuTu video test, the GPU video performance was the same.

Interestingly, you get to see the same competition between Rockchip and Amlogic as it’s with the MediaTek and Qualcomm. Both, the Rockchip and the MediaTek aren’t that popular SoC, however, they offer much better features at a stupendous price and that’s why you see the products featuring such SoC have a budget-friendly price tag.

The Rockchip SoC is combined with 2GB RAM  and 16GB eMMC storage. The 2 gigs of RAM isn’t specified if it’s DRR4 or DRR3, but from the performance aspect, we expect it to be DDR4 which has a much better frequency. If one is low on space, the connectivity options are always there.

Now the connectivity and OS are the aspects in which you feel that this TV Box is worthy of spending $40. There’s everything on this device. From the high-speed USB 3.0 which is too rare to witness in cheap Chinese TV Boxes to the 5.8G WIFI. We have divided the connectivity options into two categories, wired and wireless.

The greatest highlight of this TV Box is that it runs on the latest Android which is Android 9.0. The UI is dedicated and doesn’t feature Chinese apps. It’s pretty much similar to stock Android. One can get the Kodi App from the Play Store along with other thousands of apps. Summarizing the OS, it’s fast, smooth and beautiful even when you run a 4K video on youtube or a Full-HD on Netflix. The manufacturer also offers a backup feature as well.

There are some changes done in the custom Android 9.0 OS of Alfawise TV Boxes in comparison to the Android 8.0 OS. Number one: side volume up and down icon has been added. Number two: power button definition function has introduced.

Alfawise has increase playing online video to turn off the TV, the online video stops playing. Turn on the TV and press the remote control OK button to play continuously ( Google apk only )

Things get interesting when you get numerous features and functions from a $40 Chinese TV Box. Such is the Alfawise A8X TV Box. The CEC function is there to control two devices from one remote. Important features include: 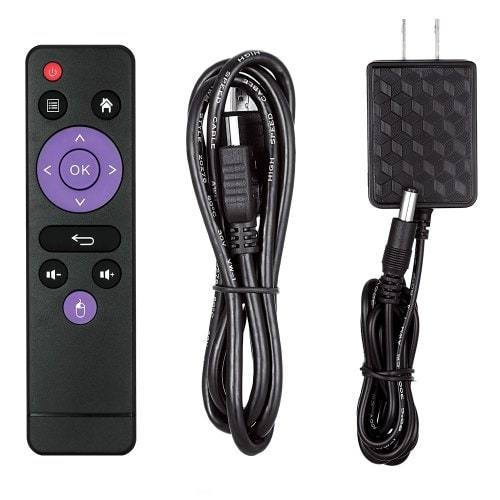 Despite being a below $40 less known TV Box, Alfawise A8X has everything that takes to compete with the famous Xiaomi Mi Box 4. It even beats Mi Box 4 in terms of connectivity, OS, and features under a $20 price margin. Moreover, you can’t see a combination of Android 9.0, CEC function, HDR 1.0 4K rendering, Dolby Atmos, and more from a Chinese TV Box that cheap. Even though the Mi Box series is quite famous and offers a great UI and Xiaomi only features but for an alternative, this one is on our recommendation list as Alfawise has always offered quality to its users.

Alfawise A8X TV Box is available on Gearbest tagged at a price of $37.58. There’s only one color option which is black. Here’s the link to the store: