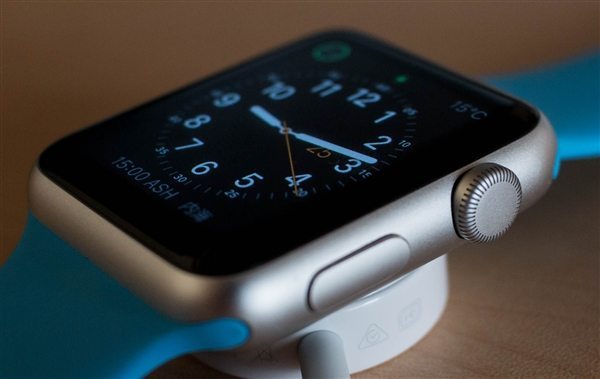 Smartwatches have become health watches measuring heart rate and anxiety level. Most heart diseases have sudden and short symptoms, and the health watch is a perfect way to measure the heart rate at that moment. One of the most accurate health watches is Apple Watch Series and can potentially save lives.

A person named “Scott Killian” never thought that his Apple Watch could save his life when he experienced a heart attack a few weeks ago at midnight. Killian shared his experience with the media, and we get to know Scott Killian story.

He told reporters: “Now I am a super fan of Apple Watch,” which is expected as that watch saved his life.

Killian said that he just turned 50, a few months ago. Killian is a lawyer, so he is under a lot of work pressure. But he also has some work in the law enforcement department. That is why he often performs all kinds of sports and running to keep himself in good health. He recently received a physical test and metabolic training to rule out any health problems related to his age. After spending thousands of dollars for the test, the results showed that he did not have any problems.

He never thought that one day he would have a sudden heart attack. He usually took some measures to prevent any possible medical problems at this age.

For a safety measure, Killian started to sleep three or four nights a week wearing his Apple Watch for sleep tracking. One night, his Apple Watch woke him around 1 am and warns him from a third-party application that his resting heart rate has been raised during sleep. This is a recent feature available for all Apple Watch models. Killian has had mild dyspepsia, which might be a sign of a heart attack, but he said that he generally does not feel nauseated.

Apple Watch showed his heart rate suddenly increased around 121 bpm at midnight. Whereas the previous measure showed, his average resting heart rate was 49 beats per minute.

Looking at this he decided to go to the emergency section of the hospital. Killian said that when they waited in the emergency room, he told his wife that they were wasting time and money before the hospital connected him to an electrocardiogram machine.

Although the results showed that his heart rate returned to normal in the ECG, he said he noticed his heartbeat was still rising and that his Apple Watch “accurately” showed the changes in these data.

Subsequently, the hospital conducted a blood test that revealed a high level of the enzyme that had reacted to or was occurring in muscles. Further tests found that there were four clogged arteries, requiring four stents to be inserted.

Later, he told his surgeon that the Apple Watch was the reason he went to the emergency room.

If I had been sleeping that day, I might not have woked up, and I would have died in my sleep. It shocked me because my grandfather died of a heart attack at the age of 55 – 13 years before Apple Watch was released. Now, this heart-testing technology can be obtained in just a few hundred dollars and can really save lives.

The reporter asked Scott Kirian why did he buy an Apple watch. His answer was not to track health and fitness, but to improve work efficiency. Now, he says every time he watches Apple Watch, he remembers how the device saved his life.

I used to wear good-looking Swiss watches before, and the only reason I moved to Apple Watch was that it set the alarm and timer, which allowed me to concentrate on my work. But I did not expected it to save me life. I think every man over 50 should wear at least one device like Apple Watch.

Killian stopped high physical activities after a heart attack was detected. But he bought a home exercise machine to keep his body healthy. He also purchased AliveCor’s Kardia Band wristband, an FDA-certified product that can be used with Apple Watch to map medical-grade ECGs. The reason for this was that he could share his ECG with the doctor in seconds without going to the hospital. 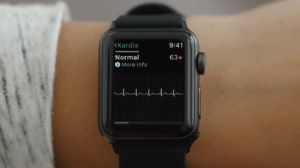 “Having a heart attack can be a big psychological burden because your feeling of being strong and healthy disappears overnight,” Killian told reporters.

Any little bit of discomfort will be worrisome if your heart is failing, which can create a lot of anxiety. Apple Watch not only saved Scott Kilian’s life but also made him feel at ease after a heart attack.

How good is it to know if you have a problem with the heart right now? Whenever I feel a little disturbed, I can see how well the electrocardiogram is displayed by pressing a button, which in itself will make me feel better.

Scott Kilian presence with us is an example of the benefit of smartwatches. We should learn from this example.