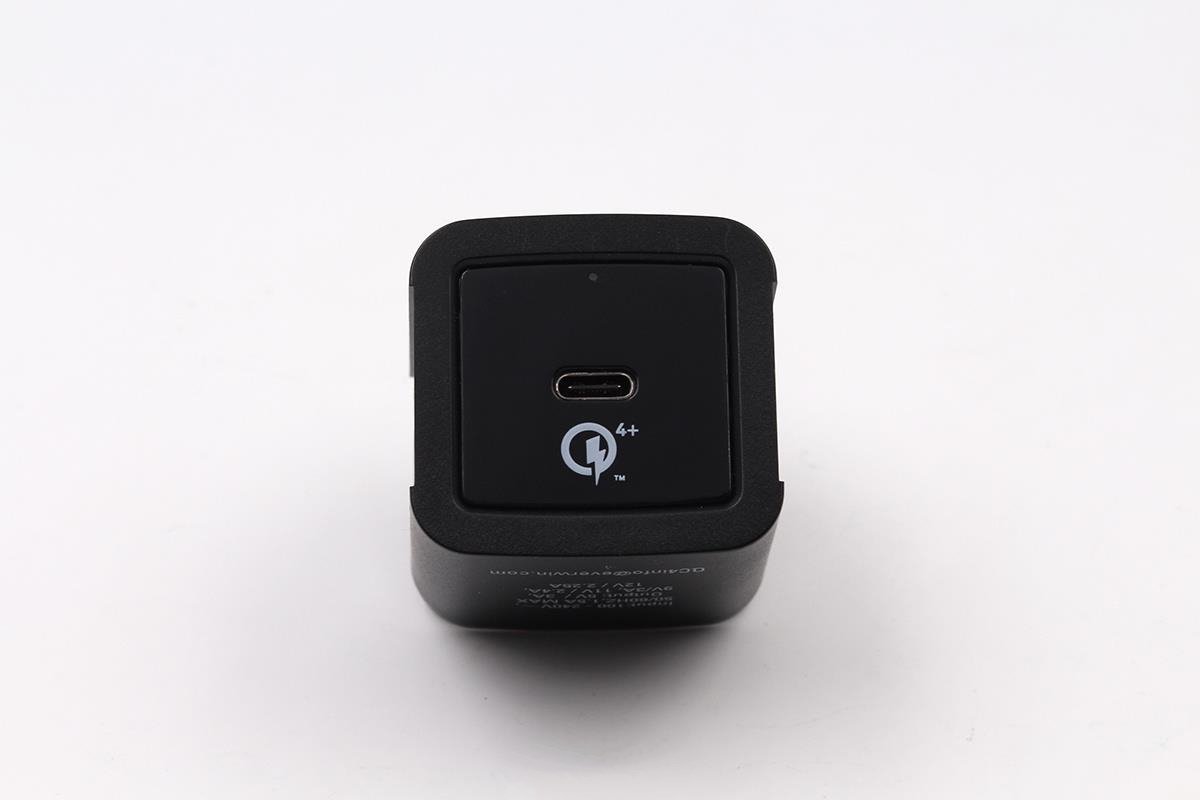 Qualcomm Snapdragon Technology Summit 2017 brought some innovative and next-gen products. We also witnessed a new Qualcomm QC 4.0 + charger. It should be noted that it’s the world’s first QC 4.0 + charger as well, certified by Qualcomm. So, let’s see what the new Quick Charge technology has to offer in this review.

The all-new QC 4.0 +  charger has a simple and plain packaging. It’s a perfect blue and white colored cube shaped packaging. At the front, we have the product’s picture along with the name “Quick Charge 4.0 + Travel Charger”. Moreover, the Chinese manufacturers “Ever Win International corporation” are also named as well. 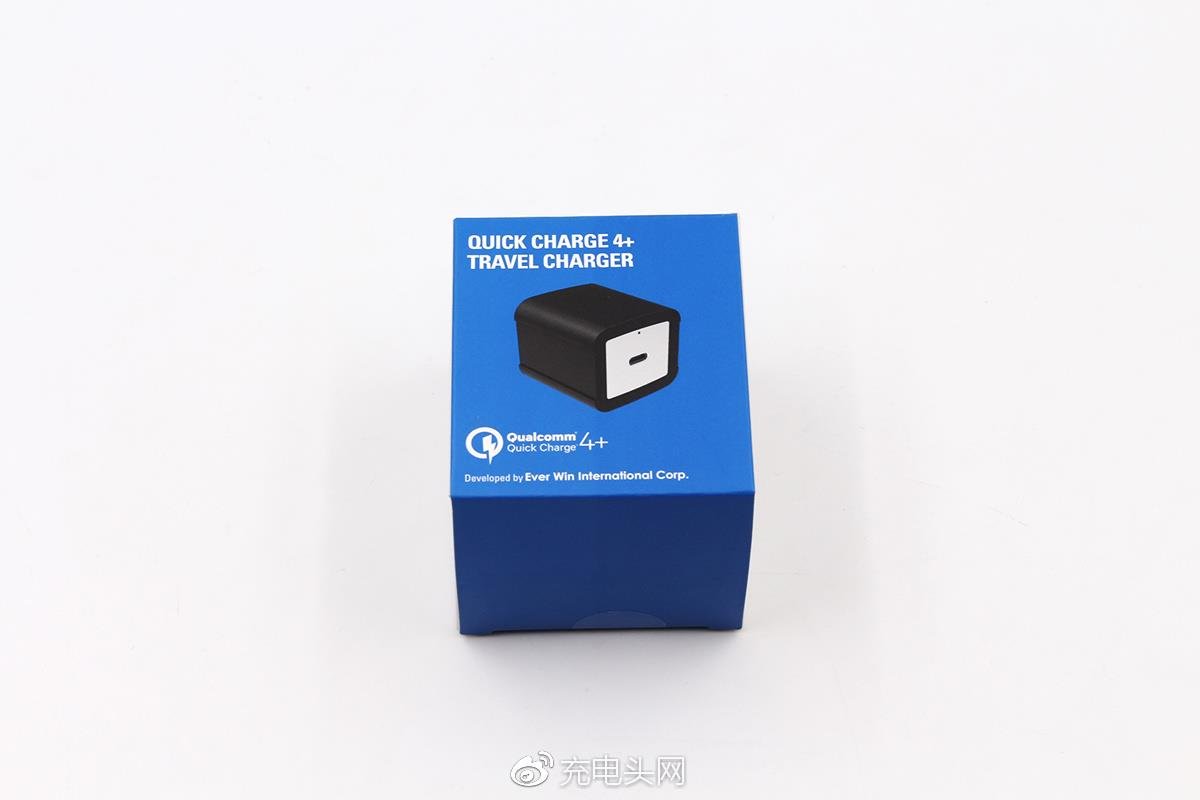 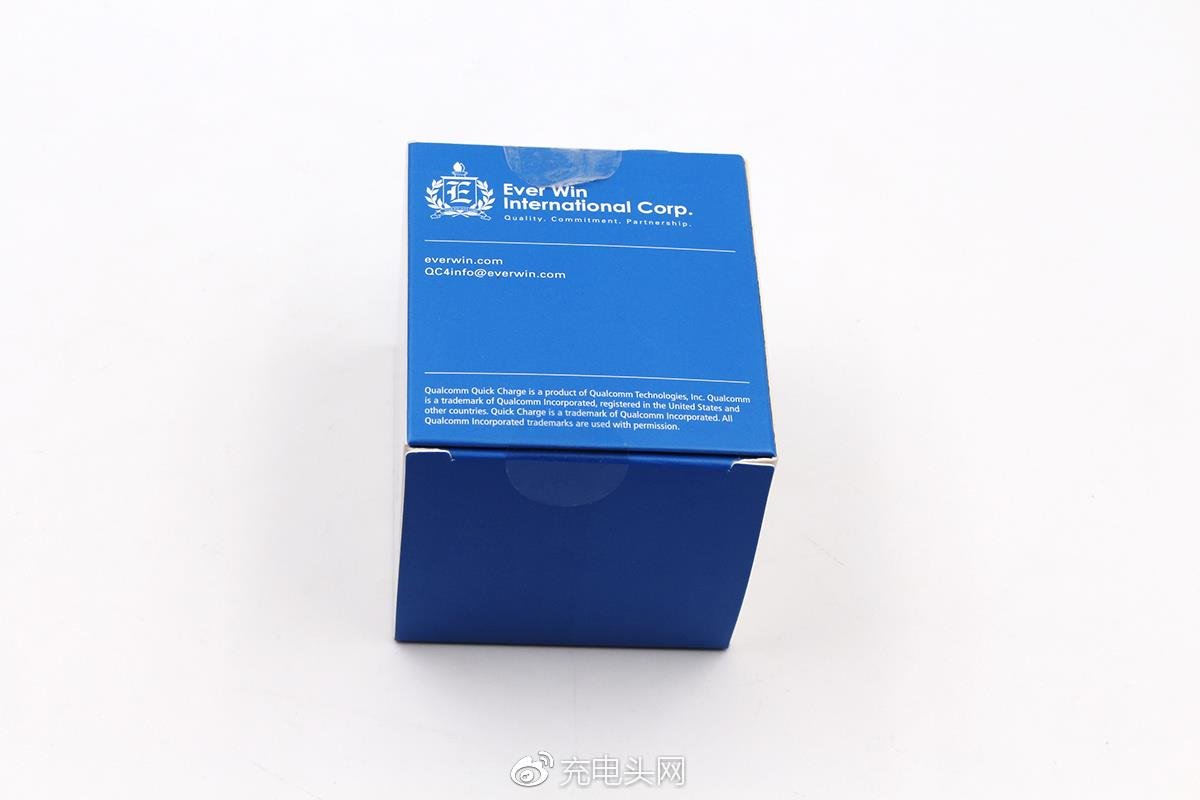 On both sides of the box, the trademarks of Ever Win and Qualcomm Snapdragon Technology Summit 2017 are visible. Meanwhile, there’s a brief description of the charger on the back of the box. 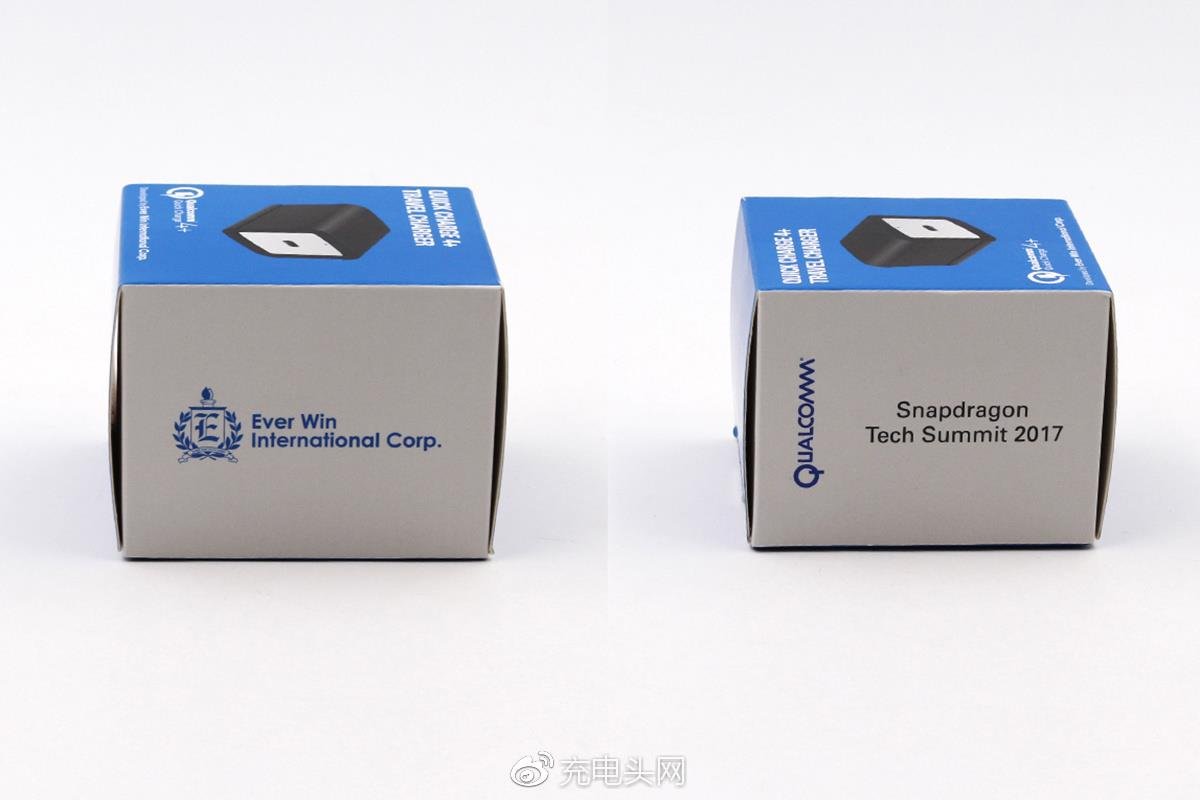 This QC4 + charger uses a common black colored plastic shell. For a better visual, the sides of charger undergo matte treatment and you can clearly see the shine. The charger has a four-sided pyramid shape and highly curved sides. 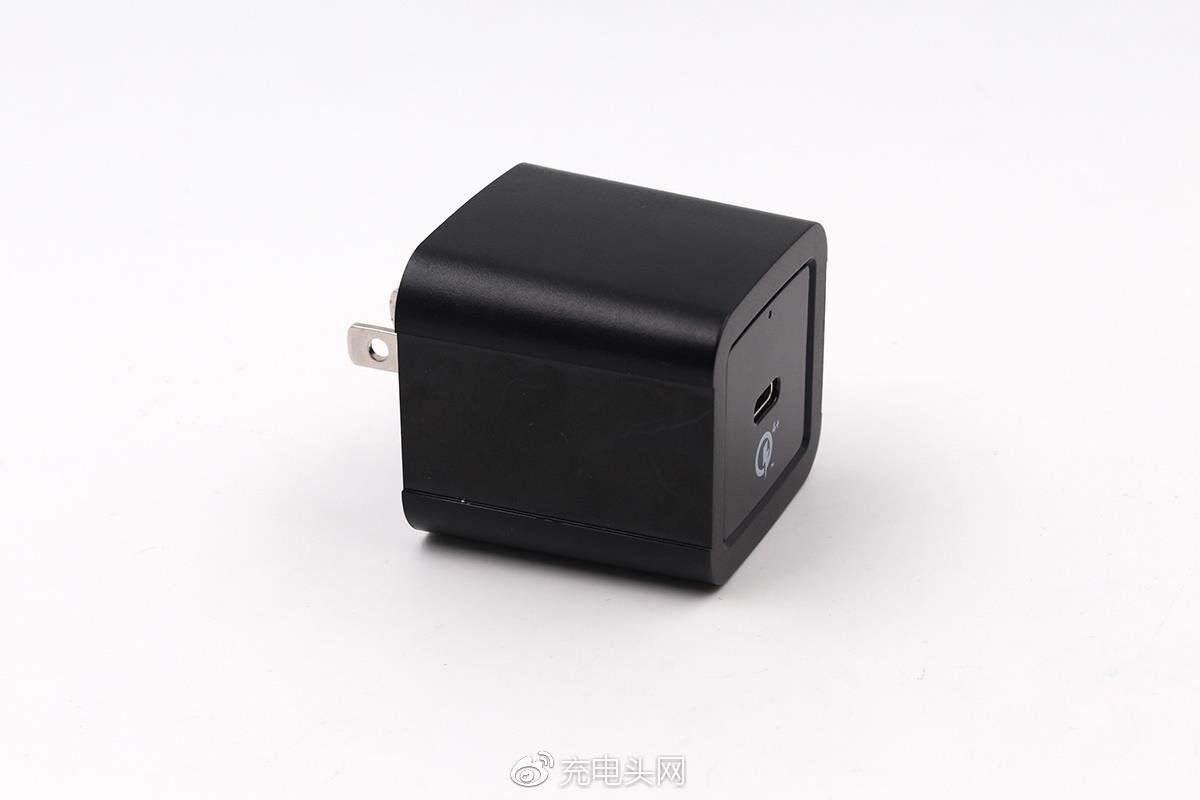 Including the pin section, the charger has a total length of about 61.6mm and a net weight around 78.2g. 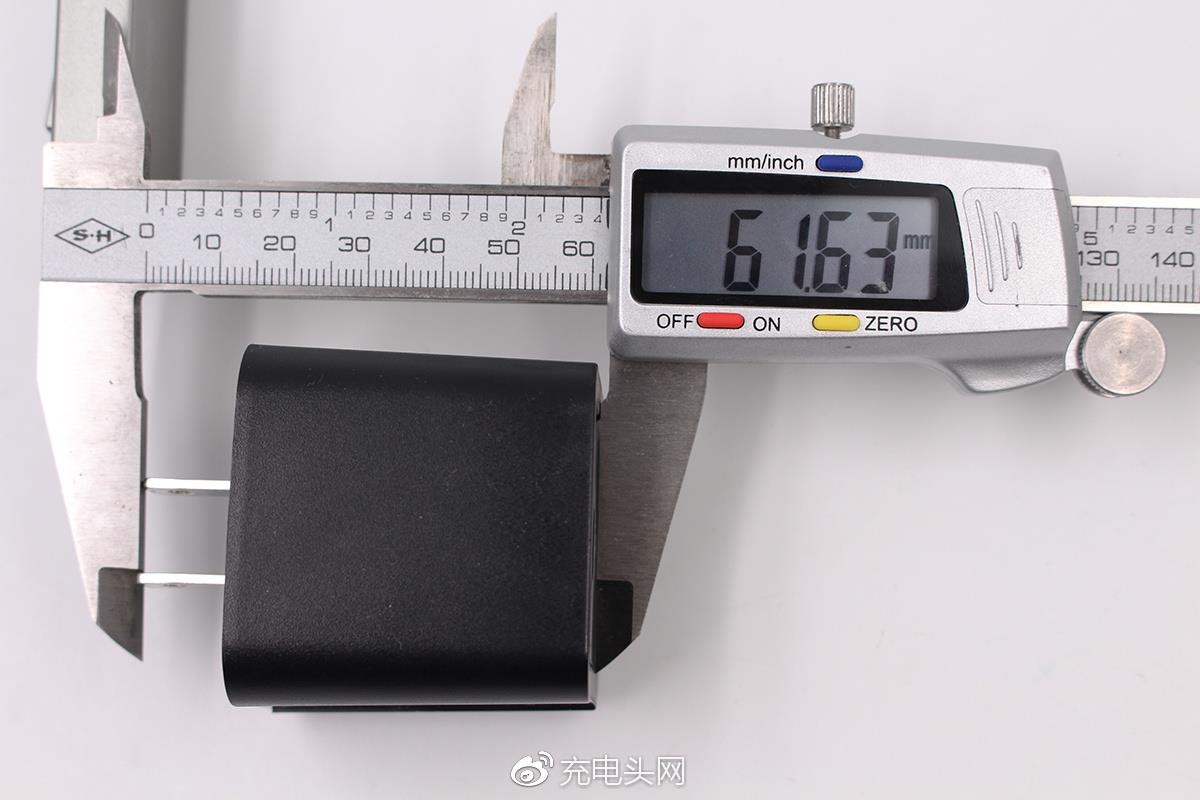 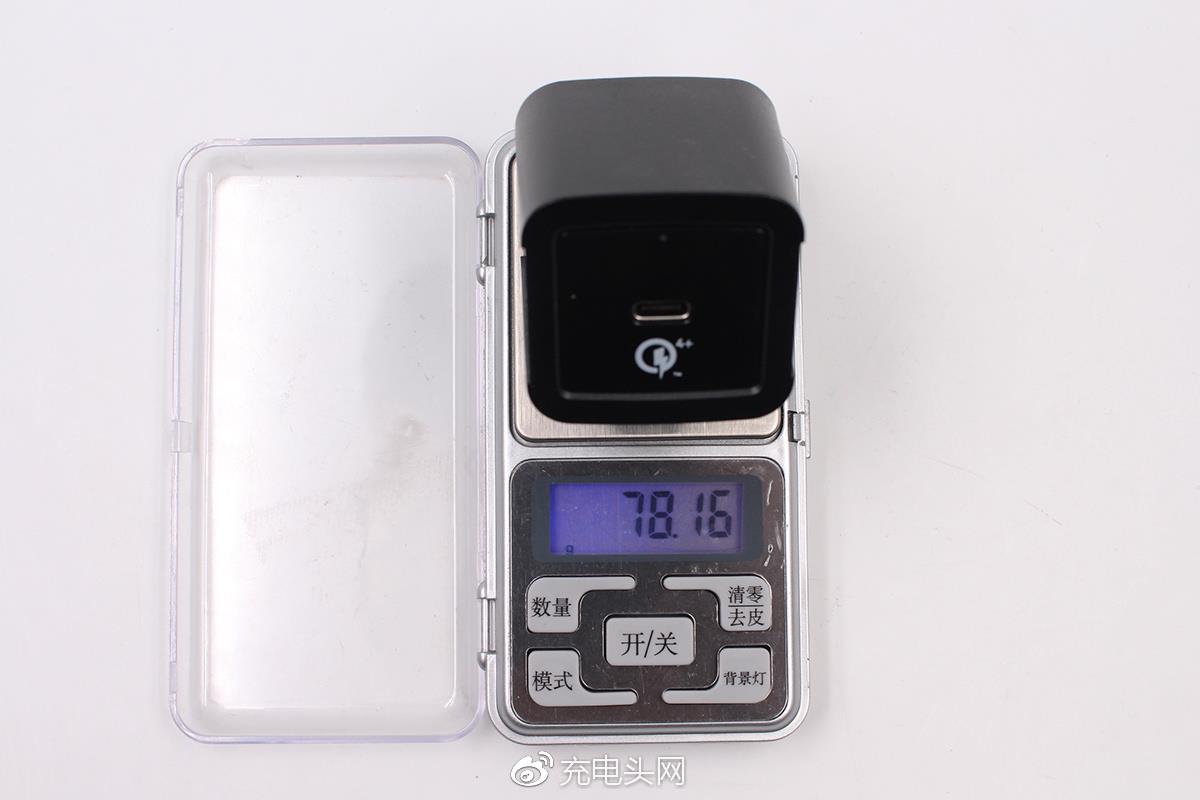 Even if this charger occupies twice the space of a standard QC 3.0 charger, still it only features the latest Type-C USB port along with the QC 4 logo. Don’t worry as it’s the first QC 4.0 + charger and more will be out with the standard USB port. 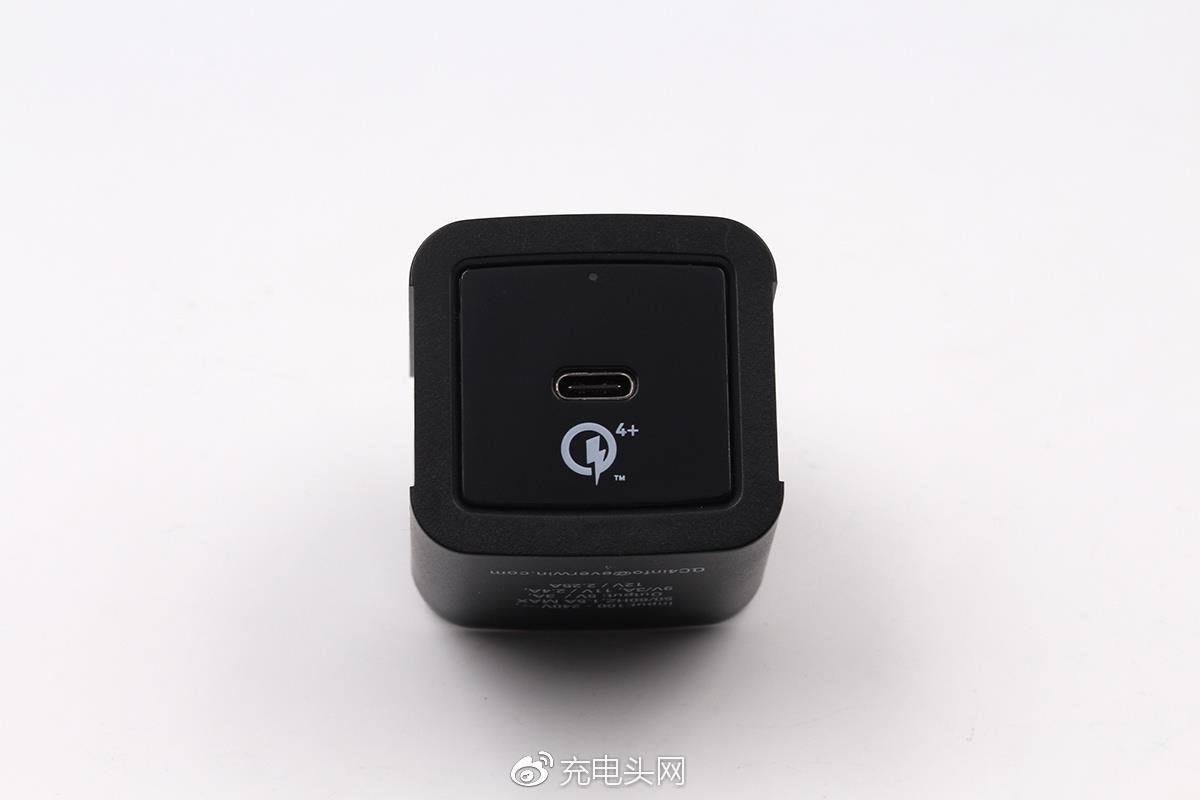 The pin section has a non-fordable design using the US regulatory standards. Moreover, the pins are non-magnetic as well. 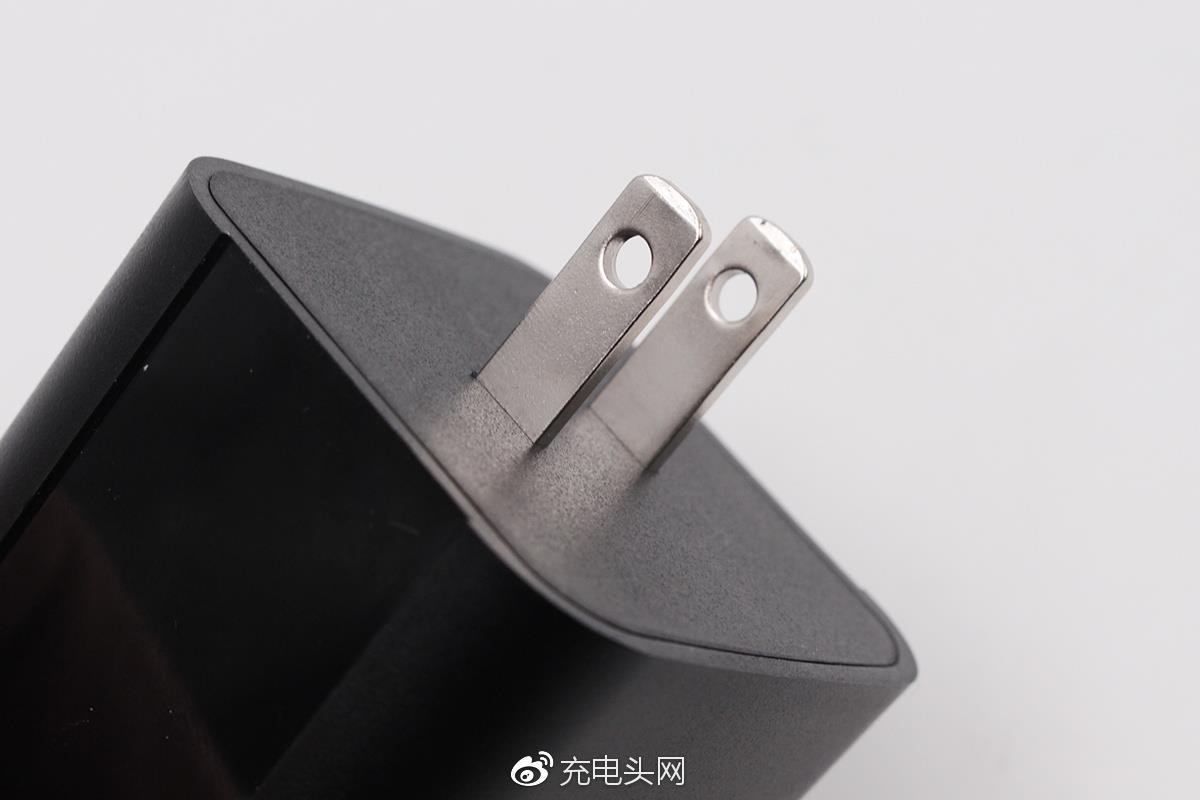 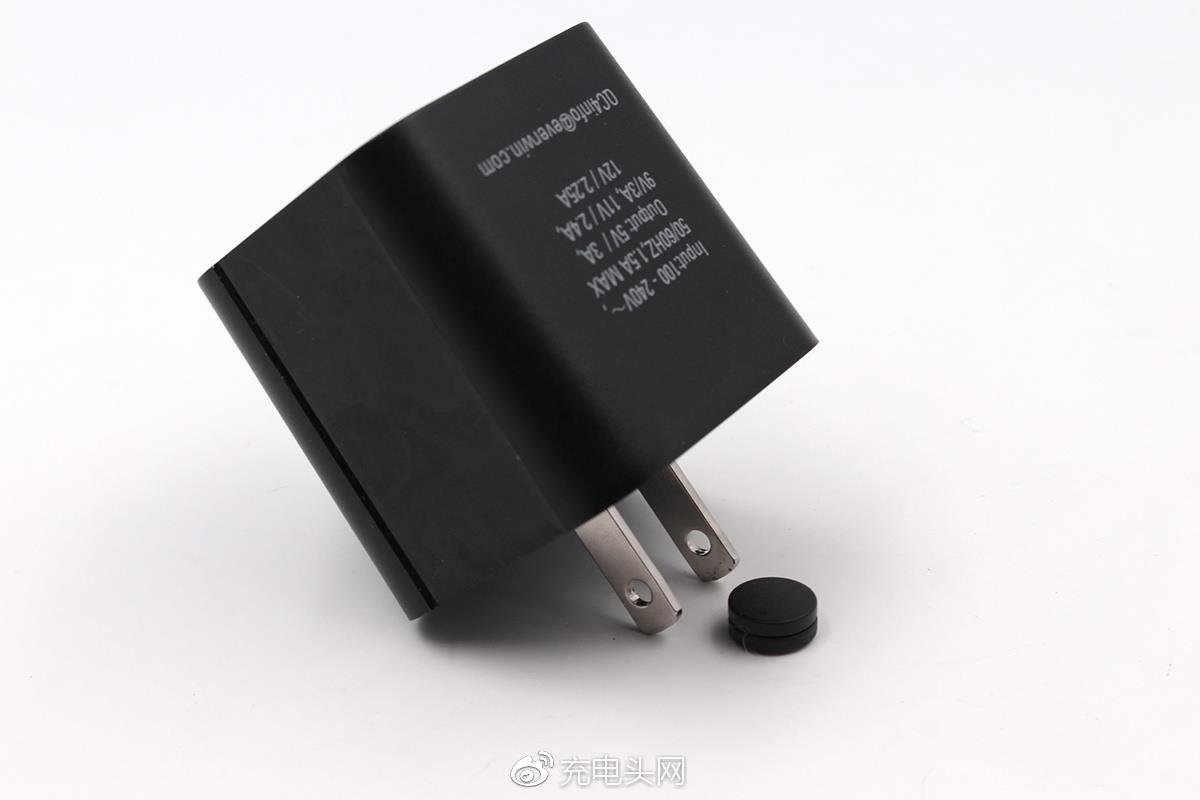 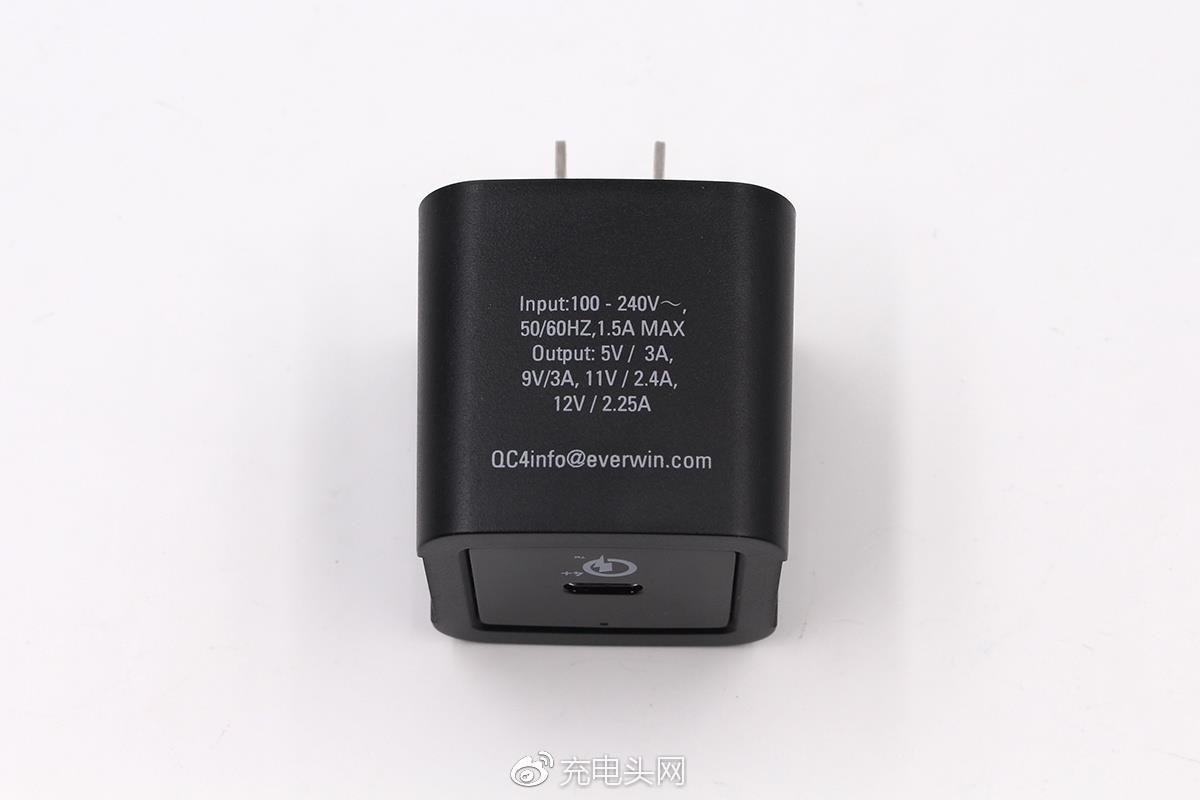 When connected to the socket, the small white light above the port lights up. This is an appreciatable step as the previous standard charger didn’t have any Led light. The white light indicates that the power is turned on and the charger is working fine. While using ChargerLAB POWER-Z KT001 on this QC4 + charger, the header shows support for USB DCP, QC2.0 to QC3.0 protocol. 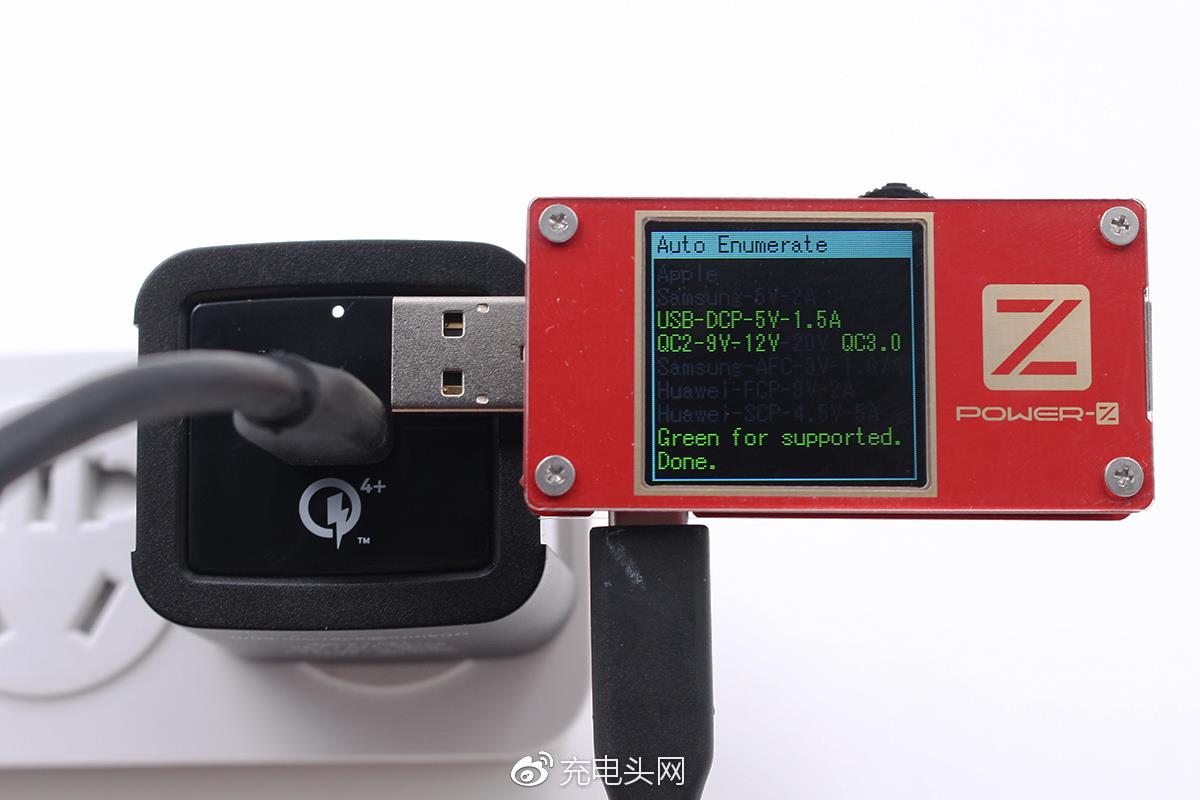 Similarly, during the USB PD message, the header display supports PD3.0 protocol and has two fixed output positions of 5V / 3A and 9V / 3A. In addition, this product also meets the latest USB PD3.0 protocol PPS specification and has two adjustable voltage ranges: 3-5.9V 3A or 3-11V 3A. 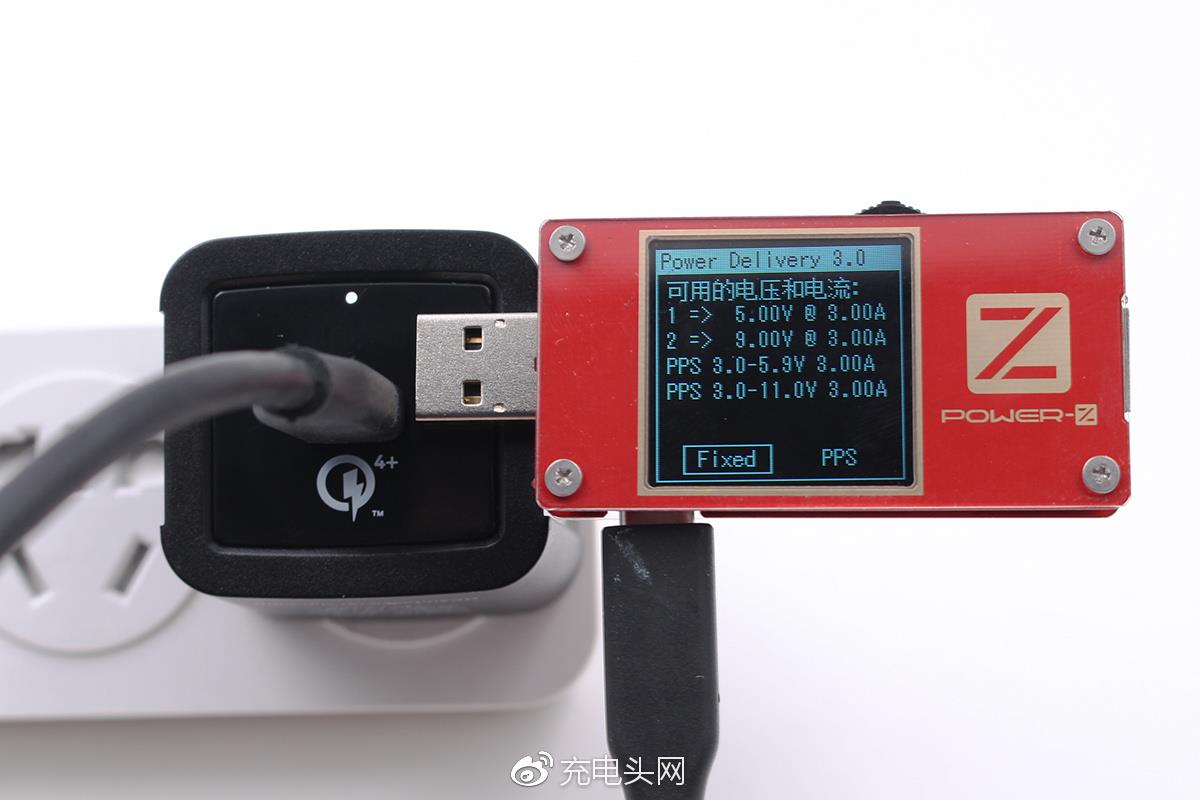 From the protocol identified above, we can see that this QC4 + charger is compatible with its own QC3.0, QC2.0 fast charge program, and also supports the USB IF Association to develop the USB PD3.0 PPS specification. The following is the actual test of the charger performed on different handsets: 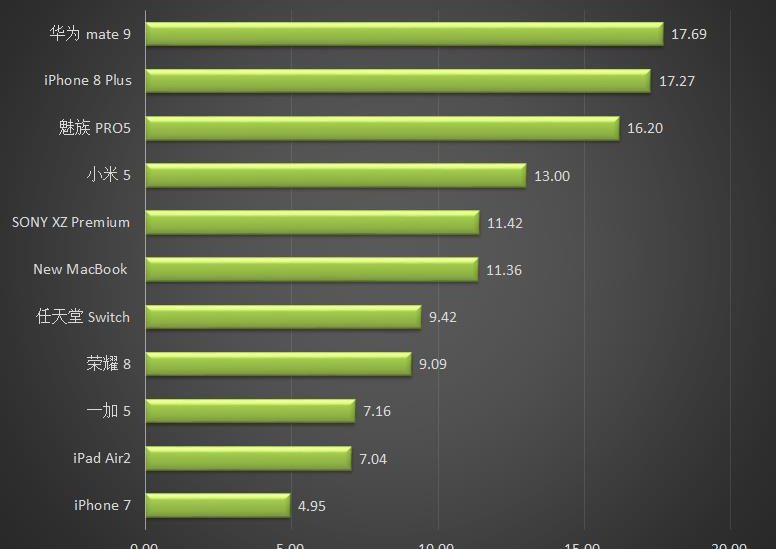 We can conclude four points from the test: 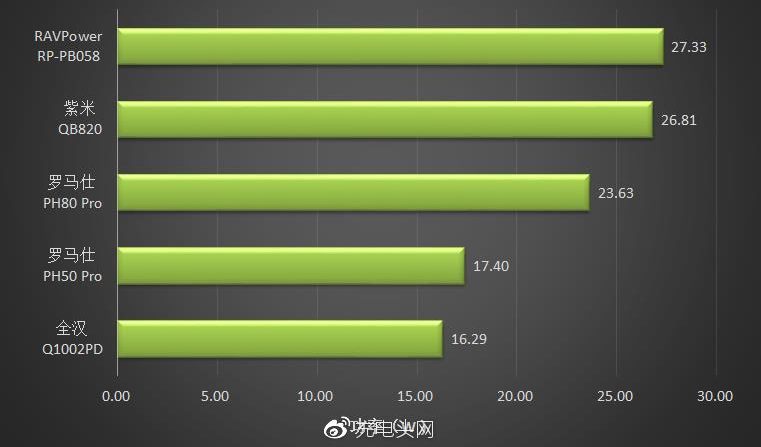 As the world’s first Qualcomm certified QC4 + charger, the charger is more concise. The product itself uses a black plastic shell, has more volume and weight than QC3.0, QC2.0 charger, and equivalent to a 30W USB PD charger. It has four output parameters, providing maximum 27W output capacity.

Qualcomm QC4 + pioneered multi-protocol fast charge first, down to support their own QC3.0, QC2.0. QUALCOMM provided a continuation of its own fast charge protocol to enhance the user experience. In addition, it also supports USB PD fast charge, helps to give a push to the Type-C interface and unifies the fast-charge protocols. With Qualcomm’s support, the future smartphones charging standard will tend to be uniform, but without losing individuality.