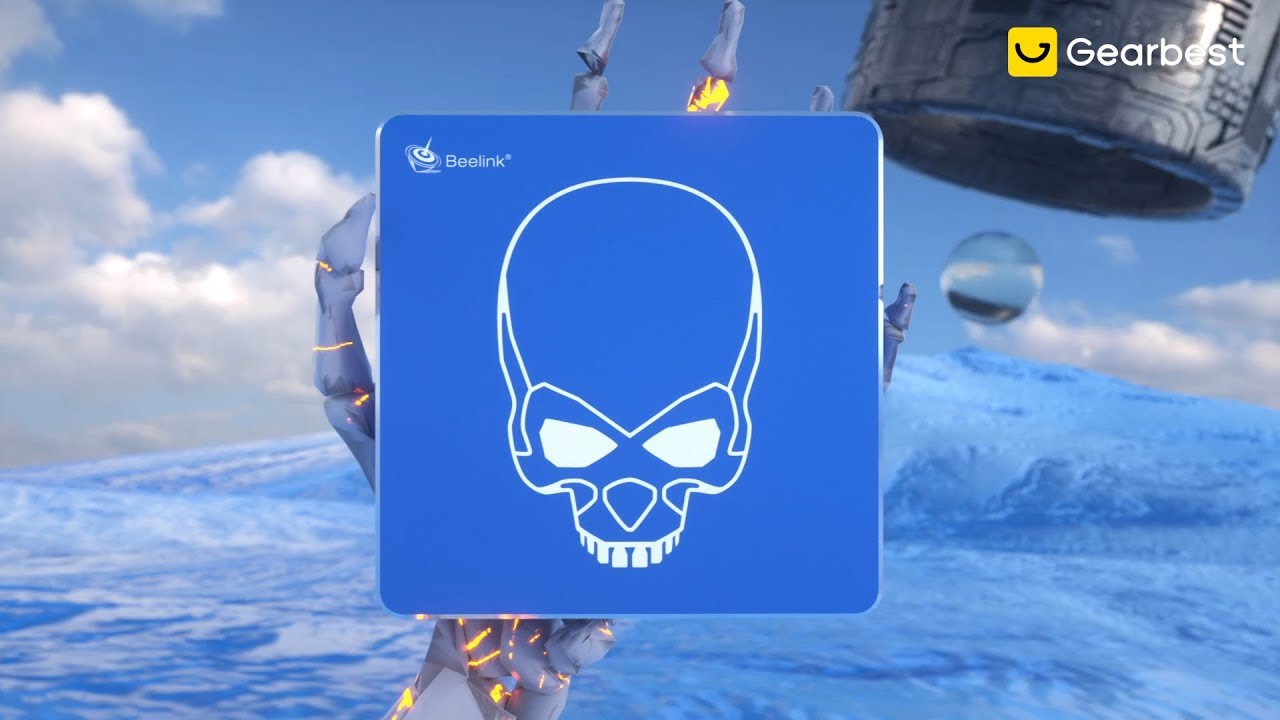 The Beelink GT-King Pro is a bleeding-edge multimedia player that comes packed with everything you need. It will allow you to experience the very best in media entertainment the type only Beelink can offer. Just like its predecessor, It comes with Android support, this time rocking its 9.0 version. So it is not only a multimedia player but you can also use it with a mouse or keyboard thanks to the use of a cable or a Bluetooth connection. You can get it for $149.99  in Geerbest which is a pretty reasonable price considering its specs.

The Beelink GT-King Pro has a square shape with a blue color (unlike its predecessor which was matte black). With the skull logo on the top of the device giving it a more bright and elegant design. This includes a small LED display on the front of the case which is useful for giving you information on the device status. Personally, I loved the old black and green combination of the ancestor. However, we do love the chrome edging around the new pro version. 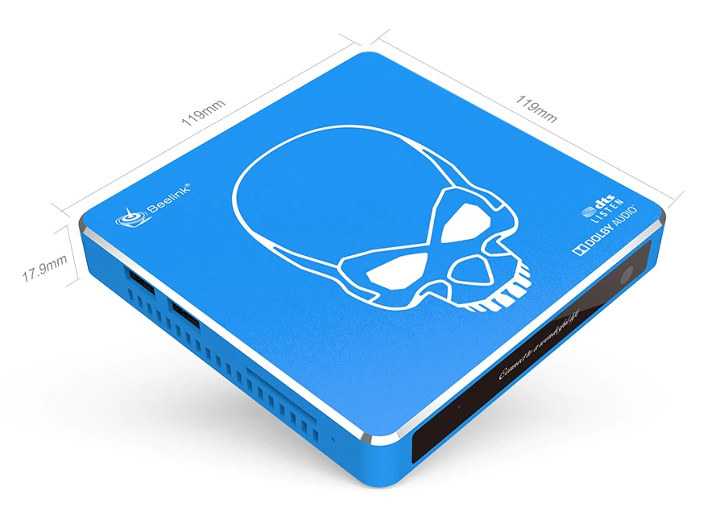 Its dimensions are 6.3 x 4.8 x 2.3 inches being very thin, compact and easy to carry around. This is added to the fact that it is also light because it weighs only 0.8 pounds. The interfaces are in the back and one side of the TV Box and they include the following: a USB 2.0 port, another USB 3.0, analog audio and video output, a LAN port connector, SPDIF digital audio port, TF/SD card slot and an HDMI 2.0 video output with CEC support. 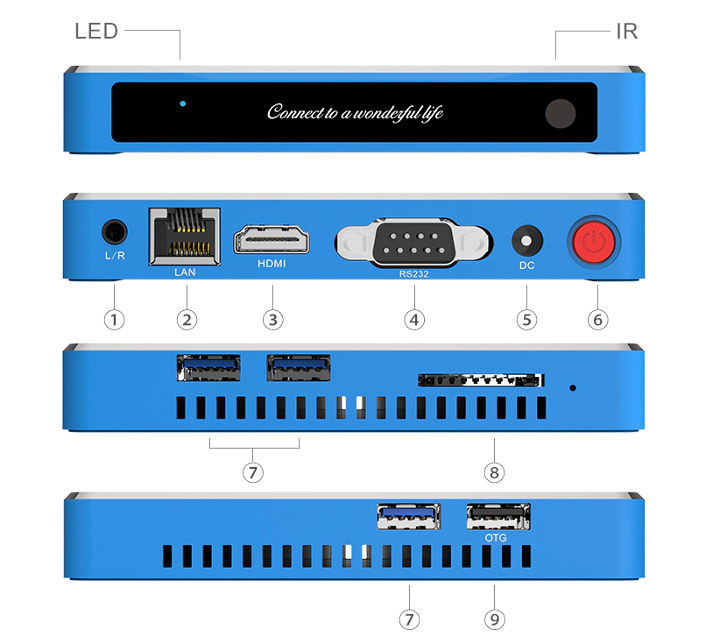 Included in the package you can find common accessories such as a special remote control for the device, HDMI cable, power supply, and a user manual.

The Beelink GT-King Pro works on Amlogic S922X-H, quad-core ARM Cortex-A73, and dual-core ARM Cortex-A53 processor. This provides a better heat dissipation in comparison to its predecessor the GT-King. This powerful combination of processors makes the 4K graphics one of the best on the market. In addition, it has up to 4 GB of RAM DDR4 and 32 GB/64 GB of internal memory eMMc that allows massive downloading.  It also can be further expanded via microSD card. As a novelty in video playback, we have a new VPU with an 8th generation TruLife engine that integrates specific hardware to encode and decode. 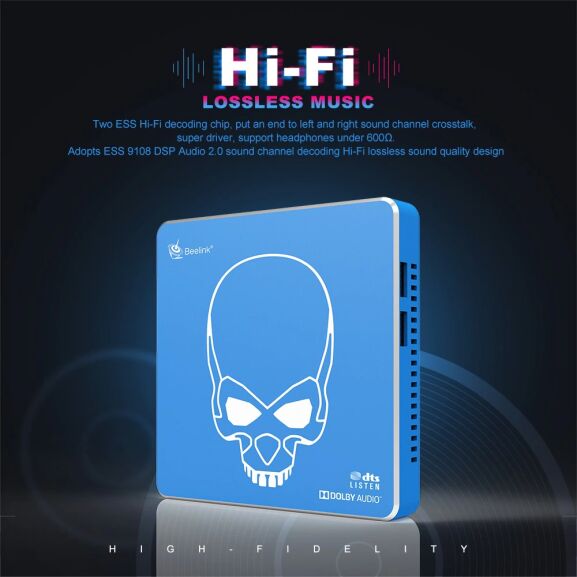 The Beelink GT-King Pro supports all modern formats: 4K, HEVC, VP9, and H.265 encoding. This optimizes online traffic reducing the loss of image quality to zero. The tv box comes with the Android 9.0 Pie operating system which will allow you to access the latest features available including the most recent versions of your favorite apps which, like the previous version, is specially adapted to show content on large screens. It also supports Miracast, DLNA, and Airplay.

As mentioned before, you can install many apps thanks to being Google Play pre-installed. You will notice that it can be used as an Android-based computer. this is due to the fact that it comes pre-installed with everyday use software. like: browser, Facebook, YouTube, games, office apps, email, Gmail and more. 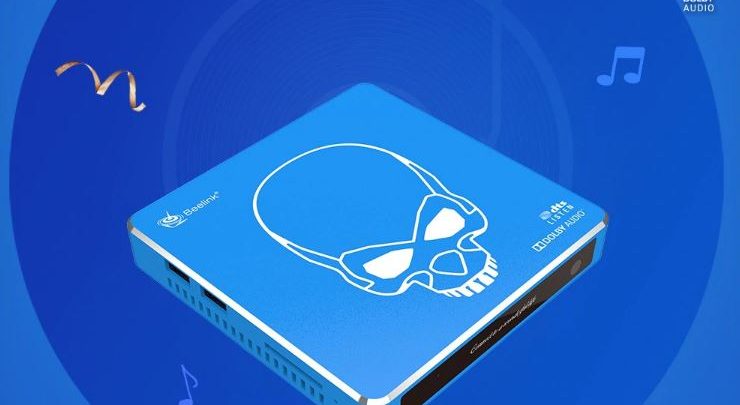 Of course, not everything is perfect since some applications are designed specifically for a mobile environment, hence there may be potential issues.

Plus, the beelink Gt-King pro includes WiFi connectivity with support for 2.4GHz and 5GHz bands. It allows transmitting greater amounts of data. The Bluetooth 4.0 is included, also has HDMI 2.0 version and Ethernet RJ35 with a LAN speed up to 100 Mbps.

Is the Pro Version Better Than The Standard One?

Yes and no. Because in the Pro version, they have overcome the previous down points of the ancestor considering Audio support which is essential for the TV Box. The SoC is upgraded to a new version which sadly doesn’t have any increase in performance but improved heat dissipation and support of lossless audio.

Like it’s predecessor provides mouse and keyboard support, so you can use it as a mini PC. It is powered by a Digital Power Supply charging adapter with a 2W power.

A small but important detail is the fact that you can boot up of the fast USB 3.0 ports. This is something that we have come to expect and love for many devices in this price range.

A new feature they added, however, is the HiFi Lossless Audio Support via audio jack. It has two ESS HiFi audio decoding chips and also DTS Listen + Dolby Audio support. This is paired with the  7.1 channel support for the ultimate audio experience.

Though the Pro Version of GT King adds much improvements to the Audio section, heat dissipation which was missing in the previous version, but it is still not better than Nvidia GT King in terms of features and performance. Oh and the price of the Pro version is around $30 to $40 more than the standard version. 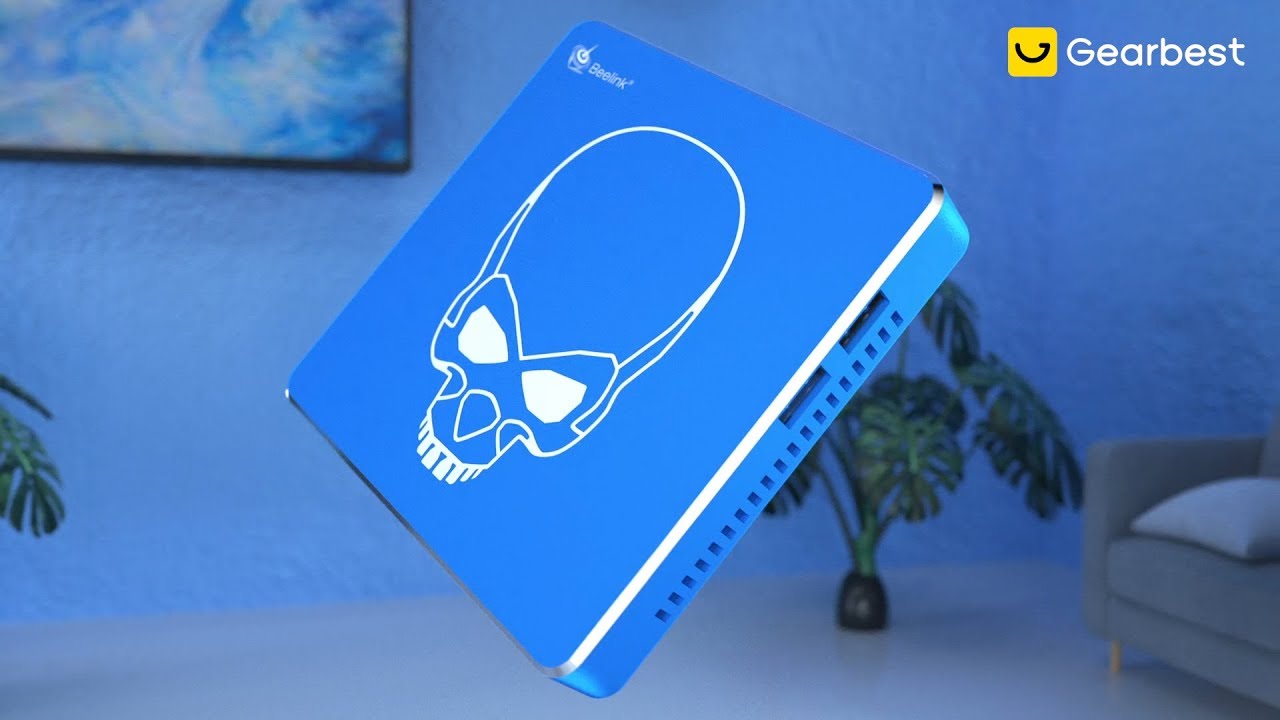 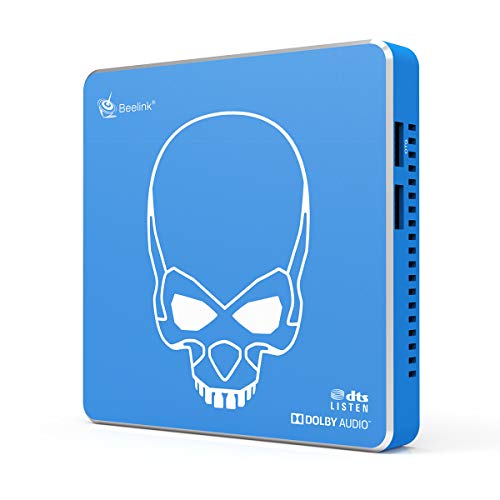