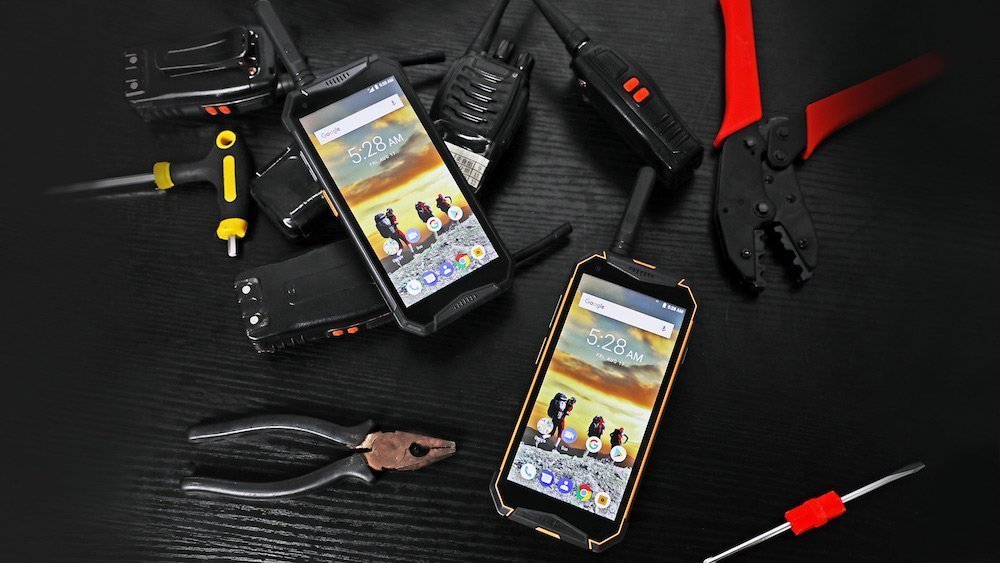 Rugged devices are those that have been created on a robust basis, using durable materials and with different certifications to ensure their useful life even in the worst environments and conditions. The manufacturer Ulefone continues with its strategy in this type of terminals and now the Ulefone Armor 3T appears. The new member of the Armor family brings a function that practically never we see in a smartphone: the Ulefone Armor 3T is also a walkie talkie.

Ulefone Armor 3T – Fight With You!

The appearance is definitely attractive. The original design of the back panel comes with the advantages of a phablet. In addition, the abundance of high quality metal, the fingerprint sensor next to the screen and the aspect ratio of 18:9 only leave pleasant impressions of the design. Unfortunately, the thickness and large screen frame have a very negative effect on ergonomics. The device has dual front speaker and smart audio and comes in black and orange colors. Its dimensions are 16.48 x 7.92 x 1.82 cm and weighs 373g.

The Ulefone Armor 3T includes IP68 certification that ensures resistance to water and dust, IP69K certification that indicates protection against pressures above 100 bars (1450 psi) and temperatures above 80 degrees Celsius. Along with all this, it has also received the MIL-STD-810G certification, a stamp that is received when passing standard US military tests designed to measure the performance of devices in harsh environments. Specifically, it works in environments between -20 to 80º.

The resolution of the 5.7-inch LCD IPS panel of 2160 x 1080 pixels (Full HD+ resolution) is pleased with the brightness and contrast of the image, but direct sunlight significantly reduces the visibility of the image. It has the protection of Corning Gorilla Glass in its version 5.

The Ulefone Armor 3T comes with a 8-core MediaTek Helio P23 (MTK6763T) Strong Processor of 64 bits at 2.3 GHz. It is combinated with 4GB of RAM LPDDR4X with double channel and the MaliG71MP2 GPU, being ideal for the most demanding applications.

64GB of ROM has been allocated for data storage in the Ulefone Armor 3T, but there is also a slot for MicroSD cards. This way you can forget the problem of lack of memory.

The walkie talkie is a hardware function, that is, it is not an application or a software add-on, but the terminal includes a dedicated antenna for the walkie talkie and works in the 400-470MHz frequency range. It is not necessary that we have mobile coverage or anything similar, we can be totally offline and use the walkie talkie.

Also has a lot of global frequency bands:

It comes with a 21-megapixel Sony camera with a large aperture of f/1.8 on the rear panel and a 13-megapixel camera on the front, also supporting unlocking by facial recognition.

It has a li-ion battery non-removable with a capacity of 10300 mAh and PE+2.0 Fast Charge. It is sufficient for 14-15 hours of active screen time. The phone can also be used as a power bank.