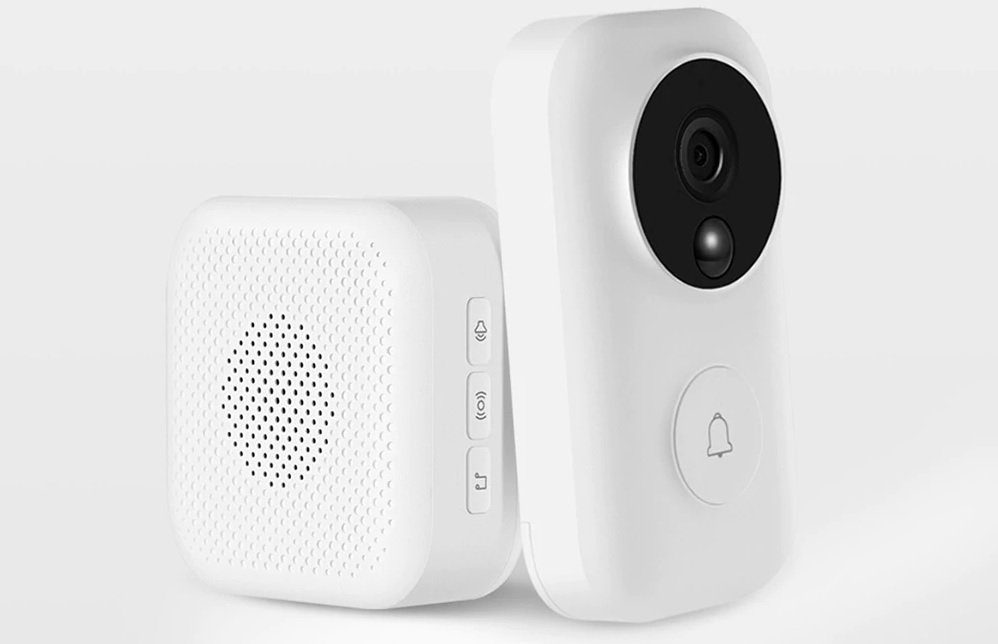 An excellent addition to the “smart” system of Xiaomi will be the Xiaomi AI Face Identification Video Doorbell Set, whose installation will significantly improve the security of your home. The device, despite its compact dimensions, is multifunctional and can even change the host’s voice when speaking with a guest.

It received an ergonomic body, in which there is nothing superfluous. Durable ABS plastic that can withstand slight mechanical stress is used to manufacture the device. A little less than half of the front surface of the box is occupied by a video camera with several sensors, which are visually highlighted by placing them in a black plastic insert.

Also on the front there is a call button, in the middle of which is the camera for the videocall. It is recommended to place the bell at the height of an adult, which will allow the device to better perform the scanning procedure for an object near the door. The viewing angle of the camcorder is 105°.

How does it work?

The device is equipped with sensitive sensors, so that the recognition of a person’s face with high precision is done at a distance of up to three meters.
The Xiaomi AI Face Identification Video Doorbell Set is also equipped with a face recognition application, so the owner can add images of all household members and frequent guests to the device’s database. The presence of this option will allow the device to automatically recognize visitors in the future and send the corresponding notification to the smartphone to the owner. It has a working temperature between 0 – 45 Deg.C.

The video image take it with the Xiaomi AI Face Identification Video Doorbell Set will be transmitted to the user’s mobile phone, since the device itself is not equipped with a screen. The option of night vision was also implemented, which is responsible for four built-in infrared sensors.

The product also has the following functions:

The communication between the module and the call itself is made through Wi-Fi 433MHz RF, while the ZigBee proprietary protocol, in which most of Xiaomi’s intelligent devices operate, is unfortunately not compatible. It is compatible with Android 4.4 or iOS 9.0 or above version.

The device, due to its functionality and efficiency, can significantly increase the safety of the home. The device perfectly does its main task, since not only can it transmit video, but it also activates the alarm when someone try to break into the house or steal the device. Even if the attacker manages to steal it, the built-in security system will not allow you to connect to another account. The advantages of smart video call also include the presence of a child mode. The best part is that its price is really affordable.

The Xiaomi AI Face Identification Video Doorbell Set is currently in stock at the Gearbest store with 50% discount thanks to its presale. The price is $59.99.