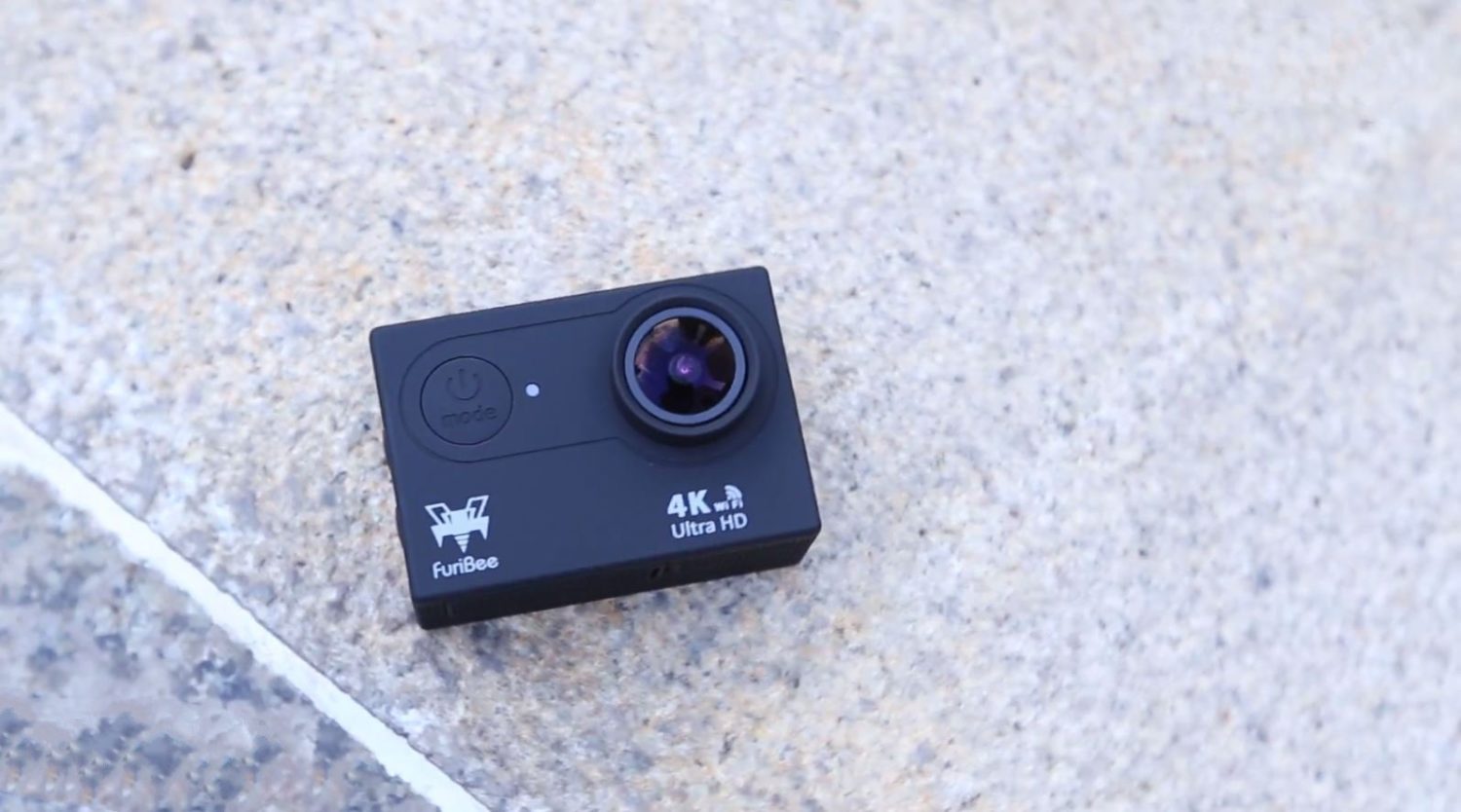 Conventional action cameras are not usually cheap. If you look at the catalog of some of the best-known brands, you will see prices reach several hundred euros, emptying your pockets. Fortunately, there are other more affordable ones. A couple of days ago we thought Eken H9R was the cheapest 4K Action Camera but not anyone. A new release and our today’s protagonist ‘FuriBee H9R 4K Action Camera’ steals the title from Eken H9R as one of World’s Cheapest 4K Action Cameras.

Though the camera is not true 4K as the frame rates are only 25 Fps. But still, you can’t beat it when it comes to price-over-performance ratio. It’s a dream come true to have a 4K action camera under $40.

Let’s get into the details and know the flagship better:

FuriBee H9R 4K Action Camera appears to similar to any Chinese Action Camera. Because it continues the traditional plastic design. That lined rubber pattern on the side reflects a rugged camera look which is what Action cameras basically conveys.

As far as the button placement is concerned, on the top, we have the shoot button along with the power LED indicator. Meanwhile at the bottom, is the battery jacket to insert and remove the battery. The power button, LED indicator, and the Lens is present at the front. Moving to the sides, on the right we have the navigation buttons.

Regarding dimensions, the sports camera is nearly the size of an average human palm. It occupies a space of 7.00 x 8.00 x 8.00 cm which is slighter bigger than an average action camera and weighs 137 grams, equal to the weight of a 5-inch smartphone. I personally like those cameras which have some weight and allow us to feel their preseFuribee H9R is such a thing. 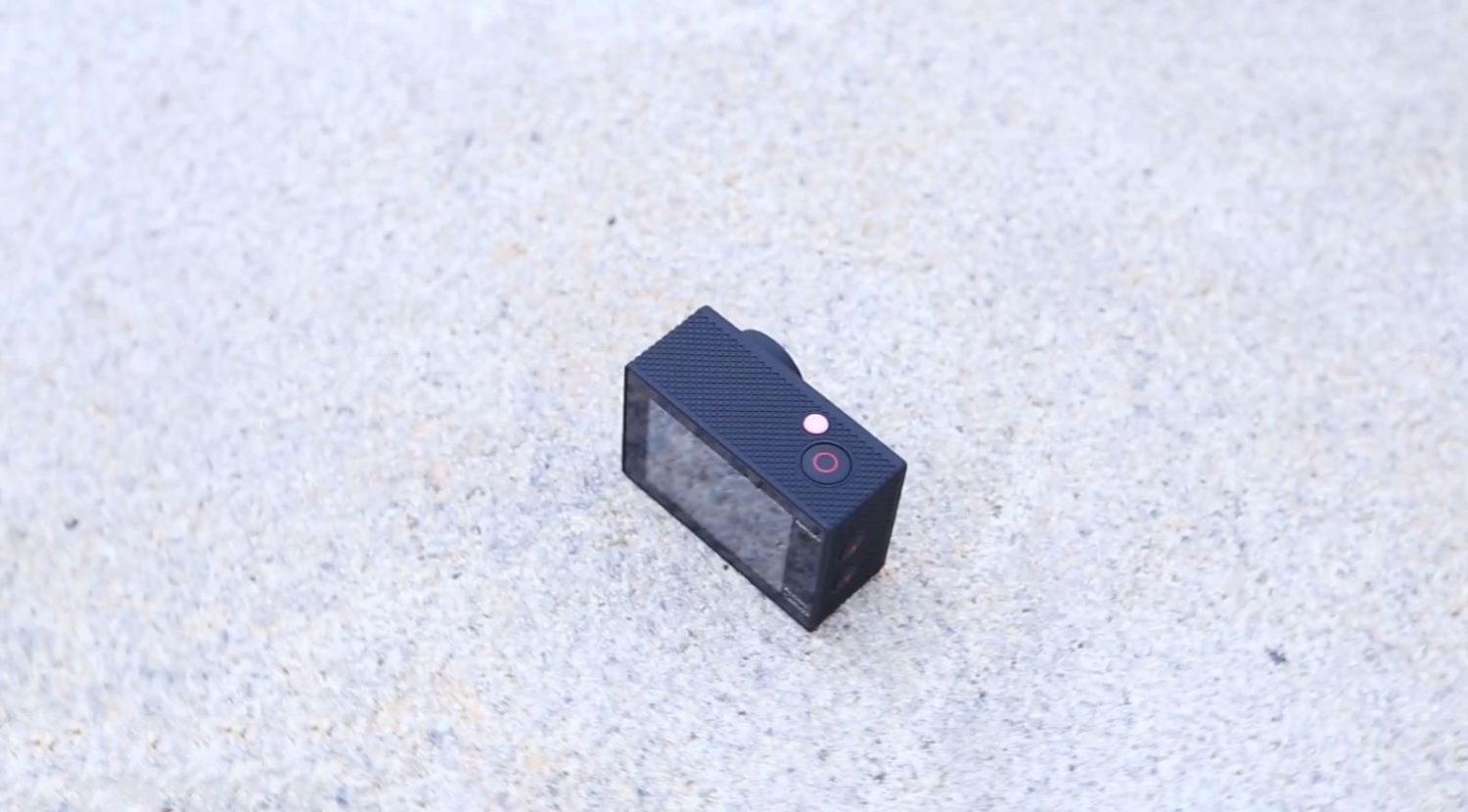 The camera comes with a waterproof casing (up to 30 meters), and other numerous accessories as a gift. 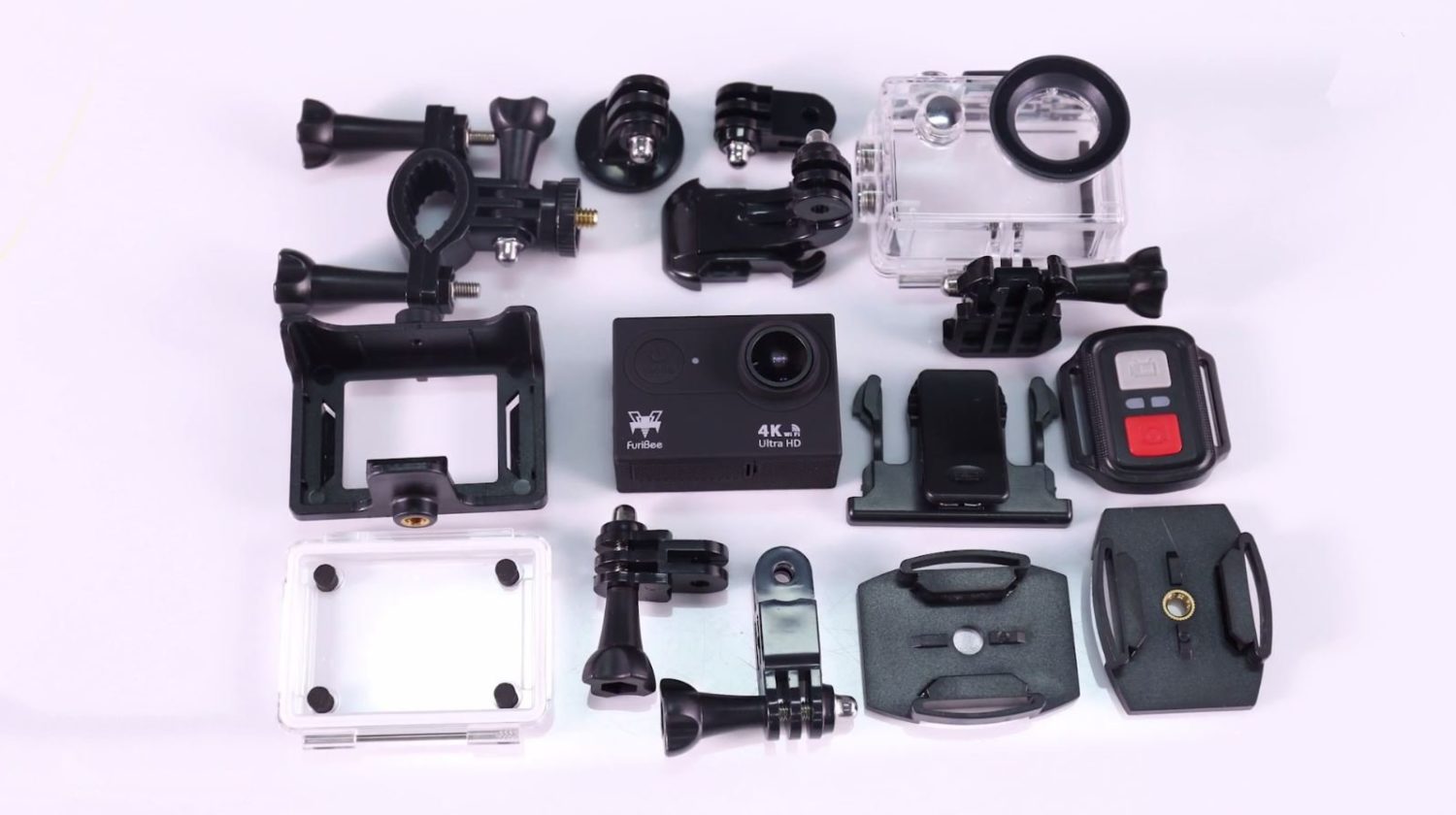 We told you that it carries the traditional look and even the button placement is same as any other Chinese sports camera. This is too good for the cheapest 4K Action camera don’t you think.

Furibee H9R Action Camera is capable of recording at 4K resolution at 25 frames per second, The other video modes it shoots are: 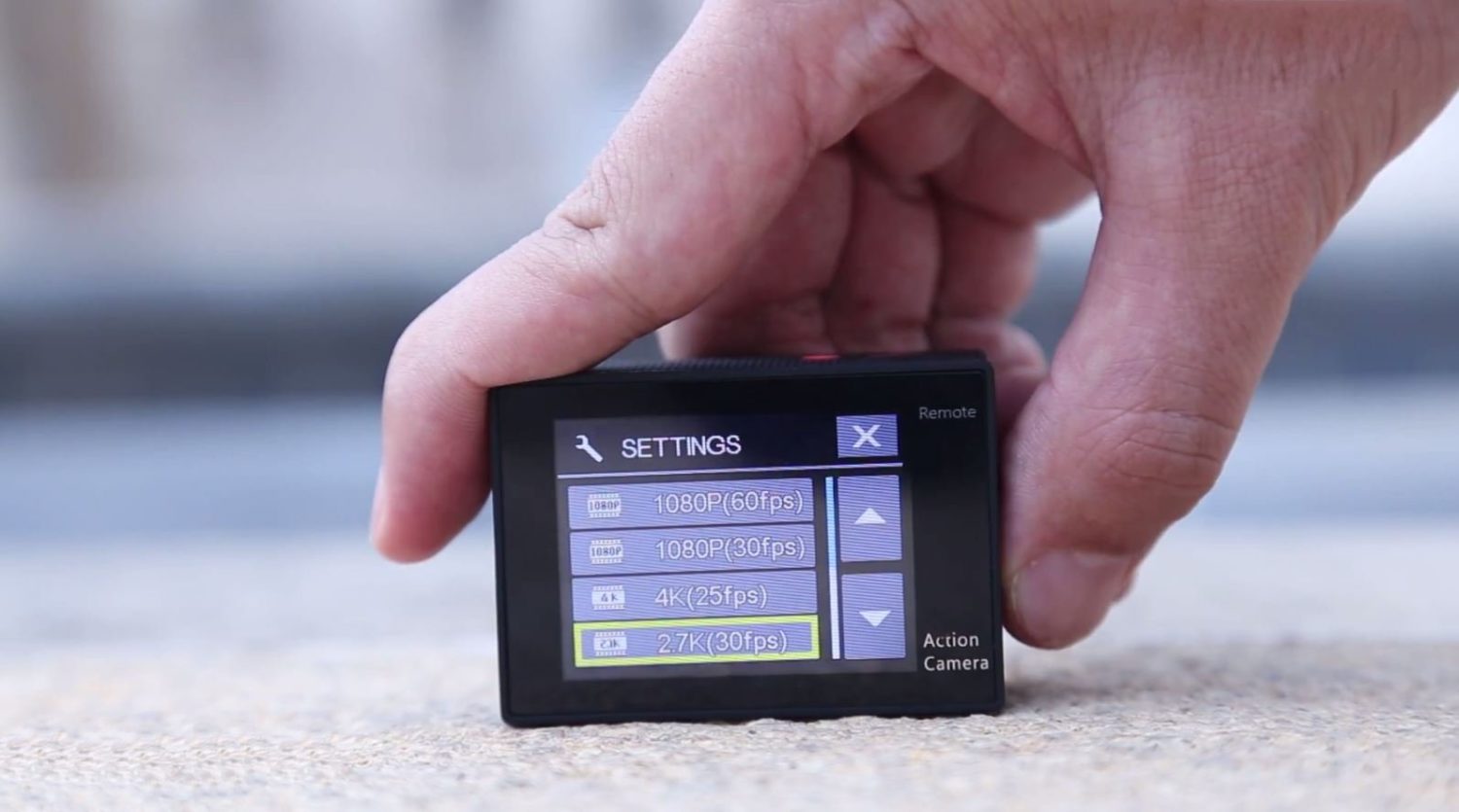 Obviously, under this price, you won’t find a high-end 4K recording action camera at 30 and 60 fps. Although, it’s not true 4K similar to Eken H9R still we at least have a 4K resolution in low frame rates along with some other real resolutions. So nothing to lose under that price tag. 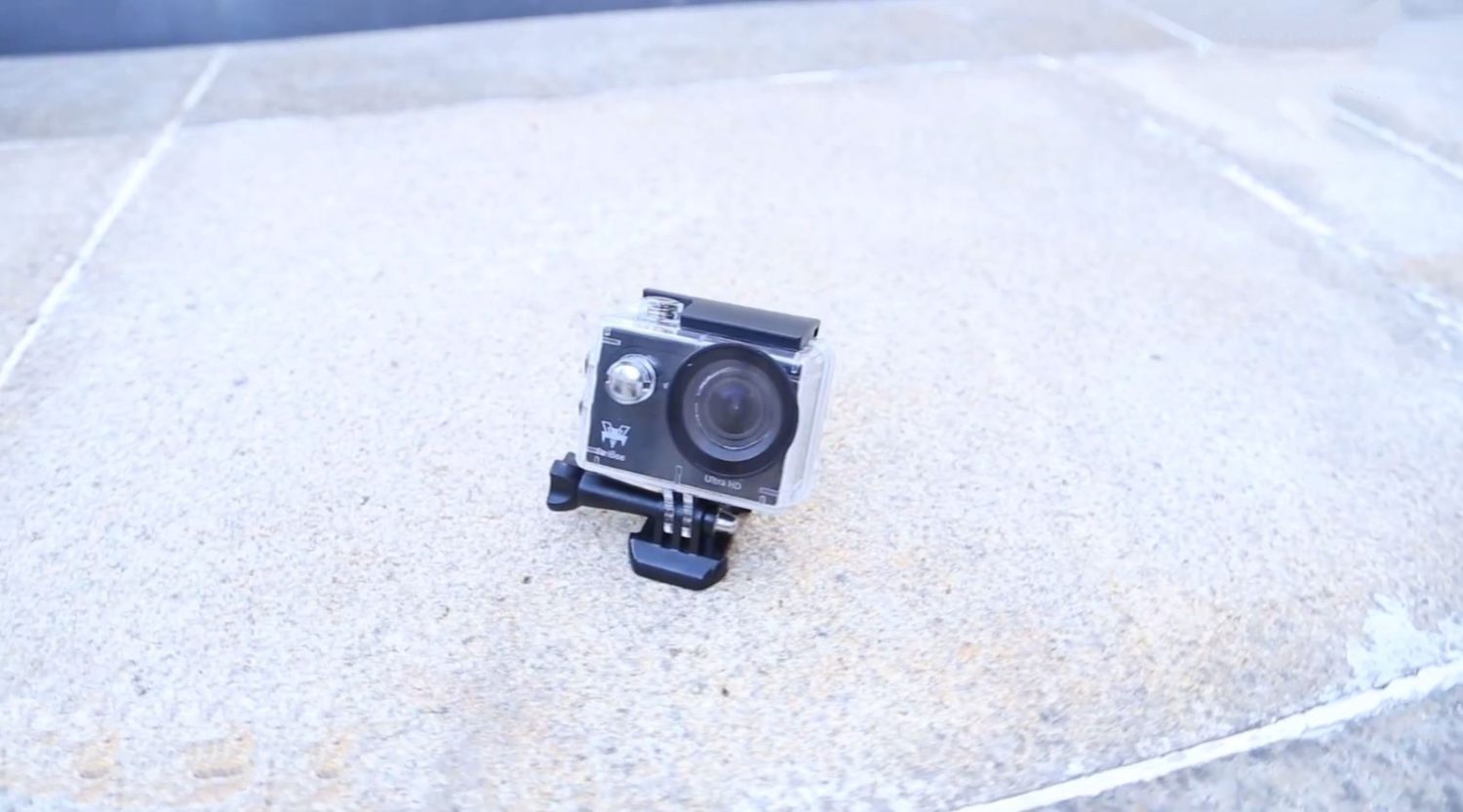 The video recording performance is really incredible. I thought that it might cross my expectations, but it surely did. Well, you can’t expect that good from a camera with Sunplus 6350 chip. Here are some samples: 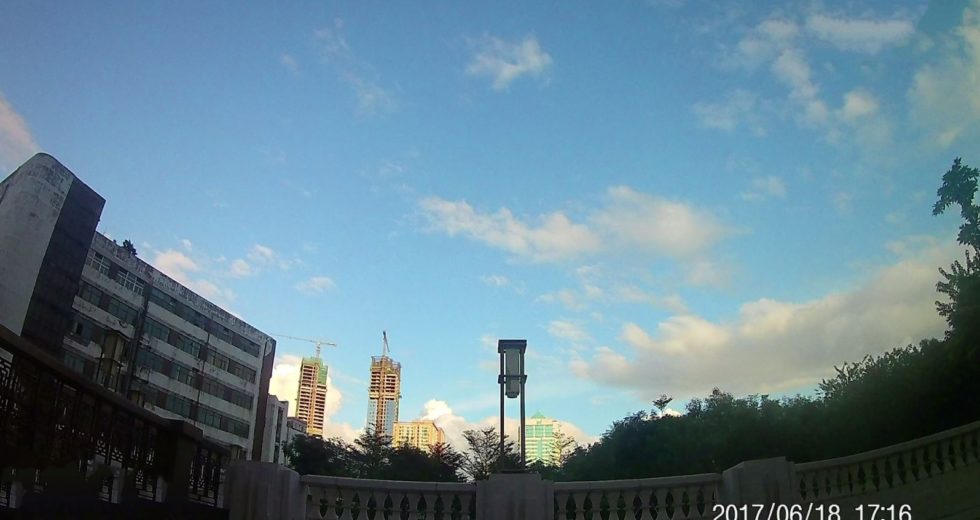 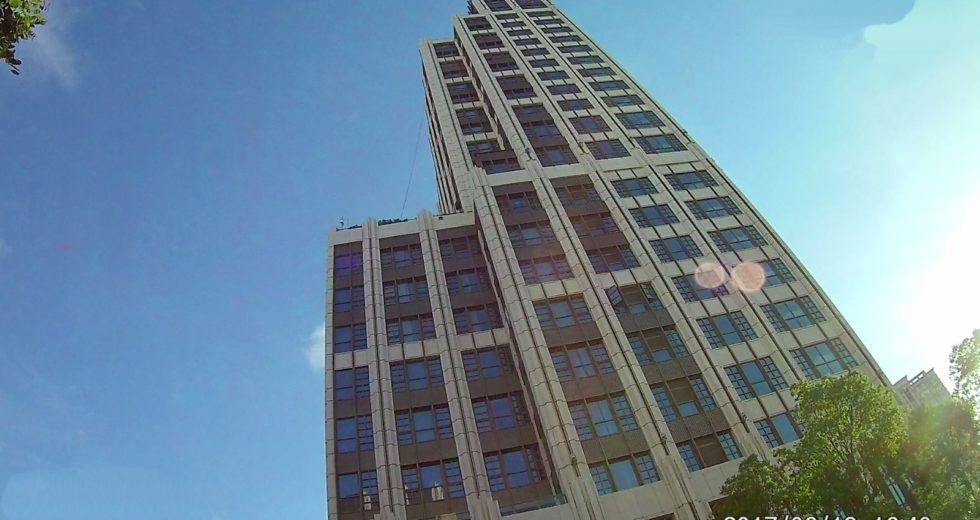 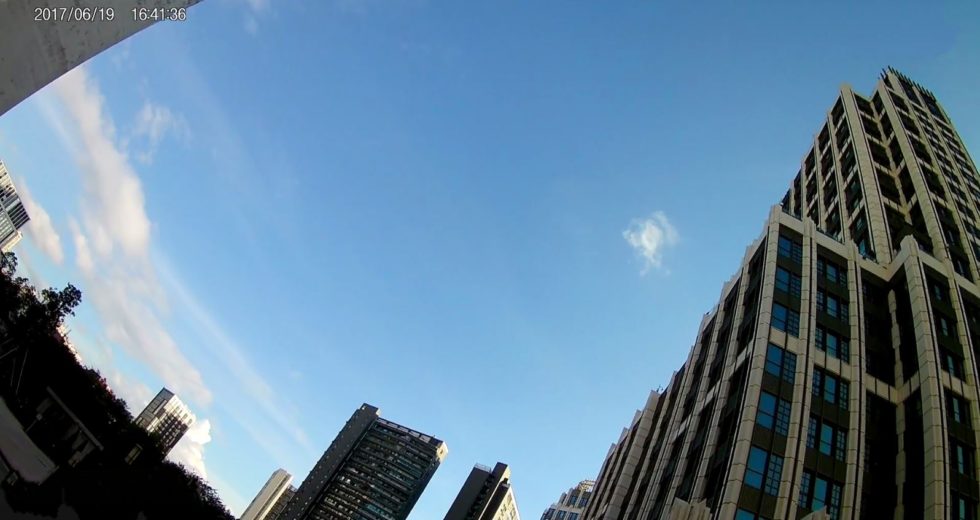 You see the image looks a bit distorted from the ends, that’s because of the wide-angle view. Furibee H9R 4K Action Camera has a great wide angle view of 170-degrees. But remember this that more the wide angle, the more the distortion is. Honestly, with no EIS or OIS or Autofocus, this camera is not good when it comes to aerial shooting and fast moving sports. You can see the recording, but you will find a bit shaky video in the aerial shooting. Thanks to the configuration which limits the distortion to the edges only. But when it comes to aerial shooting we recommend Eken H9R which has an EIS.

Concerning the picture mode, the 12MP camera has some great daylight results but poor low light performance. Moreover, it takes a little time for the camera to adjust to the changes in light intensity.

The video modes available on this camera are: 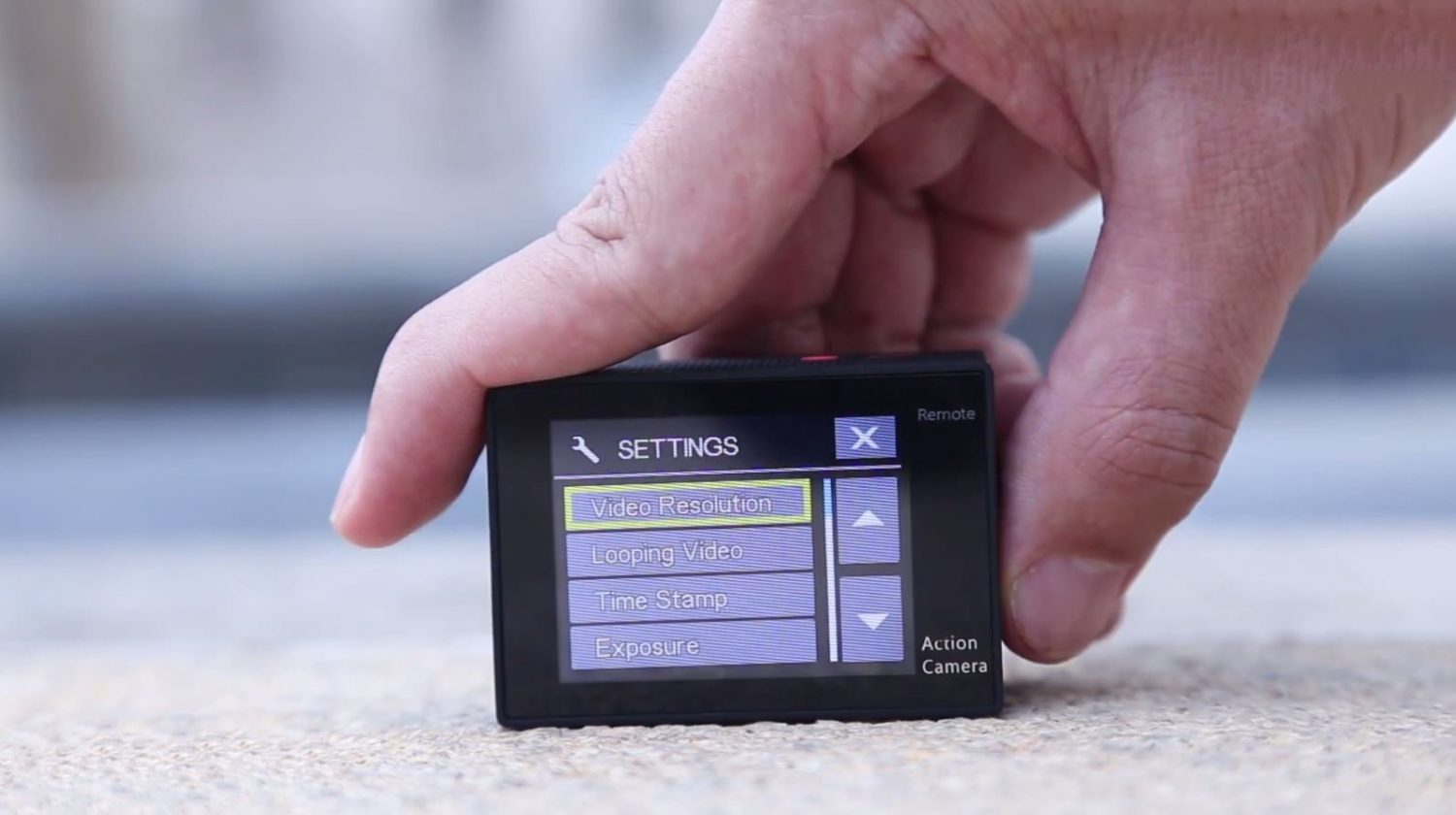 You will find absolutely stunning video and picture performance from such a budget-friendly 4K camera, and that’s no joke.

Under the hood of Furibee H9R 4K Action Camera, we have the low-end Sunplus 6350 chip coupled with a 12MP camera sensor. The manufacturer doesn’t mention the camera sensor name, but we bet it’s Omnivision or an old Sony CMOS. 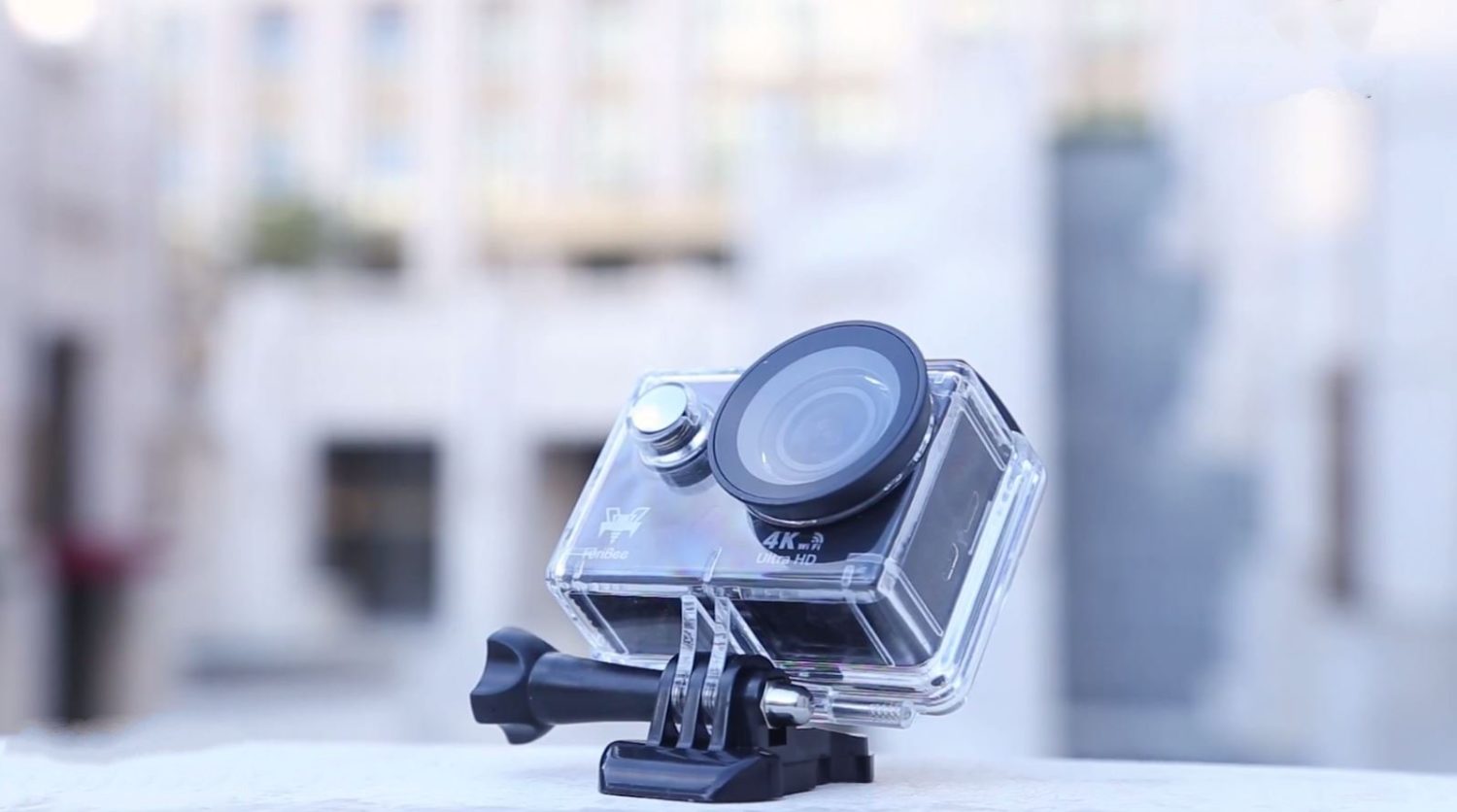 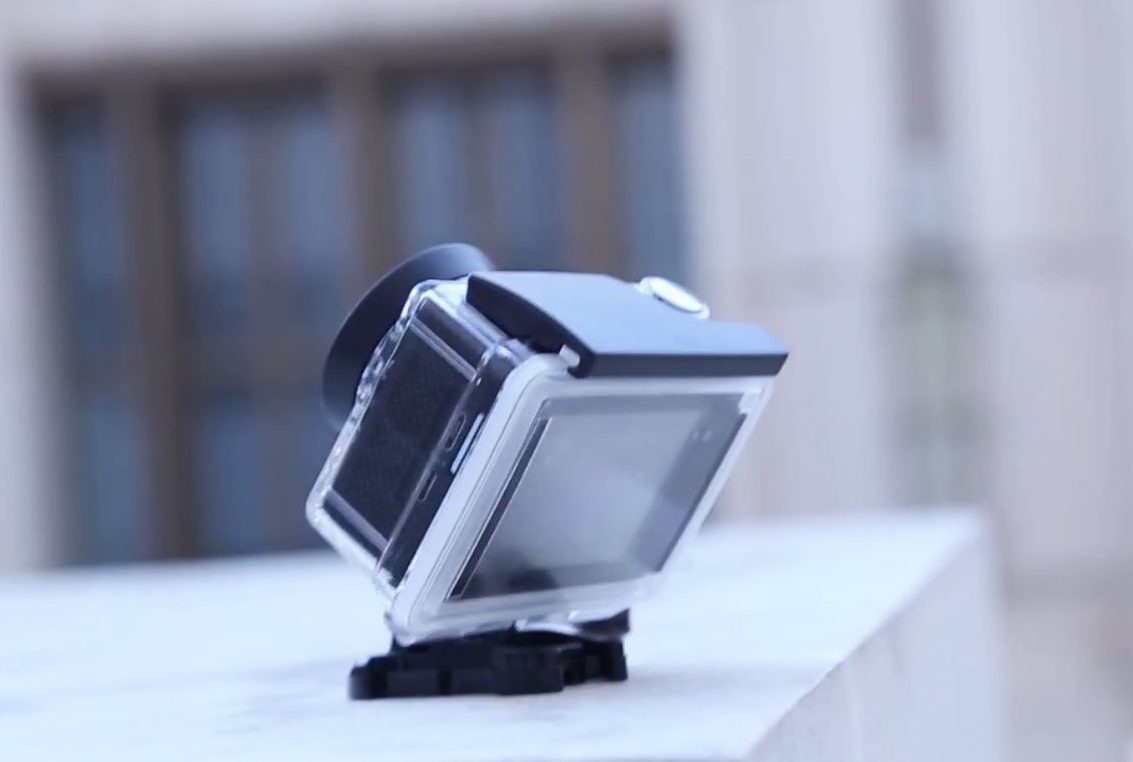 Like we told you before that the 17.5mm front lens has a maximum viewing angle of 170-degrees.

On the rear, we have the 2-inch screen with a resolution of 380 x 380 pixels. The screen view is not that good as the resolution is low, but at least it’s large enough. Sadly, it’s also not capacitive (non-touch), but that doesn’t concern us as the navigation buttons are there and the low price. 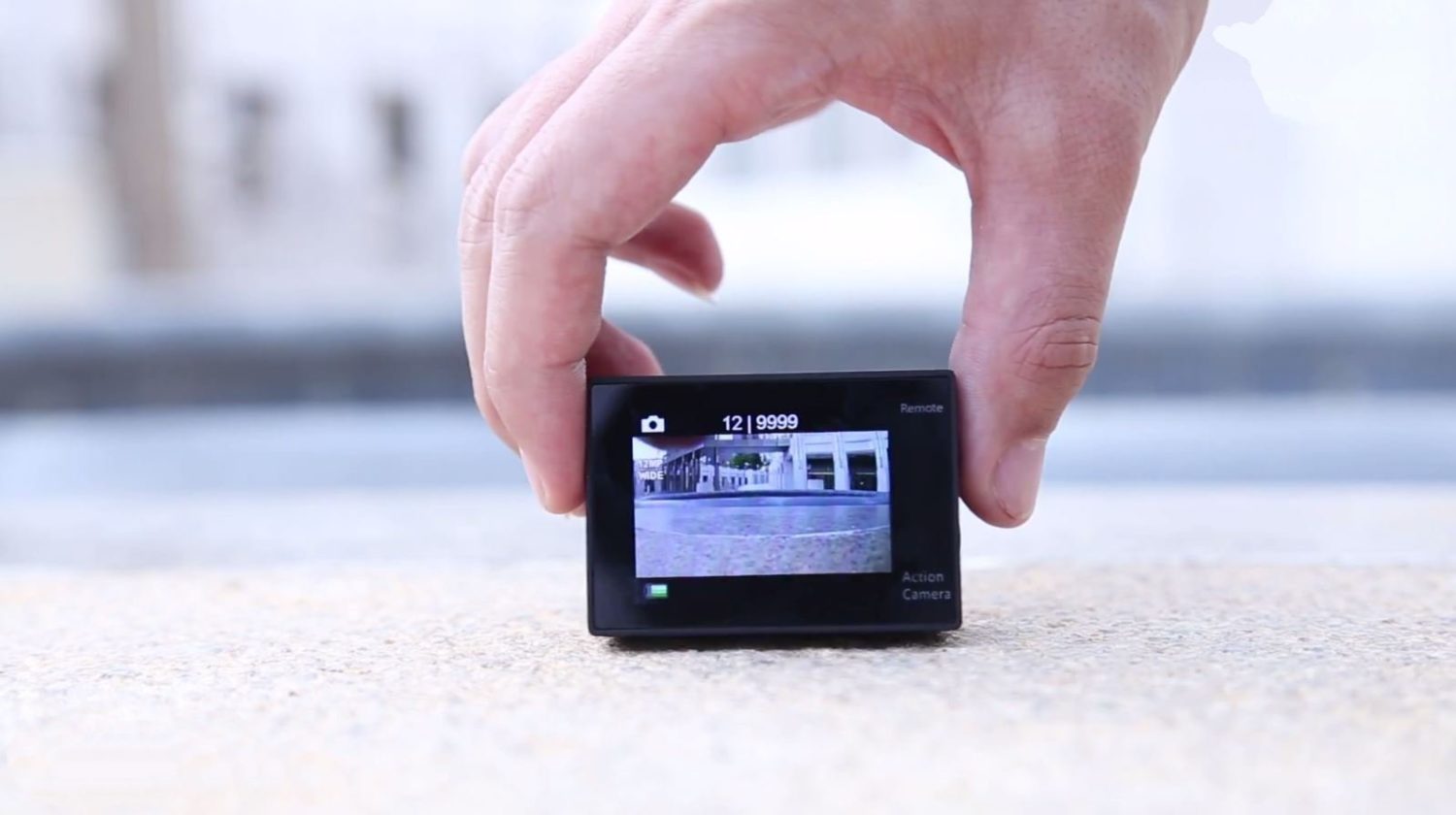 Furibee H9R 4K Action Camera is equipped with a built-in 1050mAh powerful battery which lasts up to:

It should be noted that the camera record videos in MP4 format only and shoot pictures in JPG format.

Furibee H9R Action Camera has feature WiFi connectivity which allows you to share pictures and videos on your Smartphone’s, iPhones or iPad. The name of the App is “iSmart DV.” It’s good in comparison with other Chinese apps, plus supports the English language as well. The Wi-Fi works with a 2.4G remote control as well which is operative within 10 meters distance. 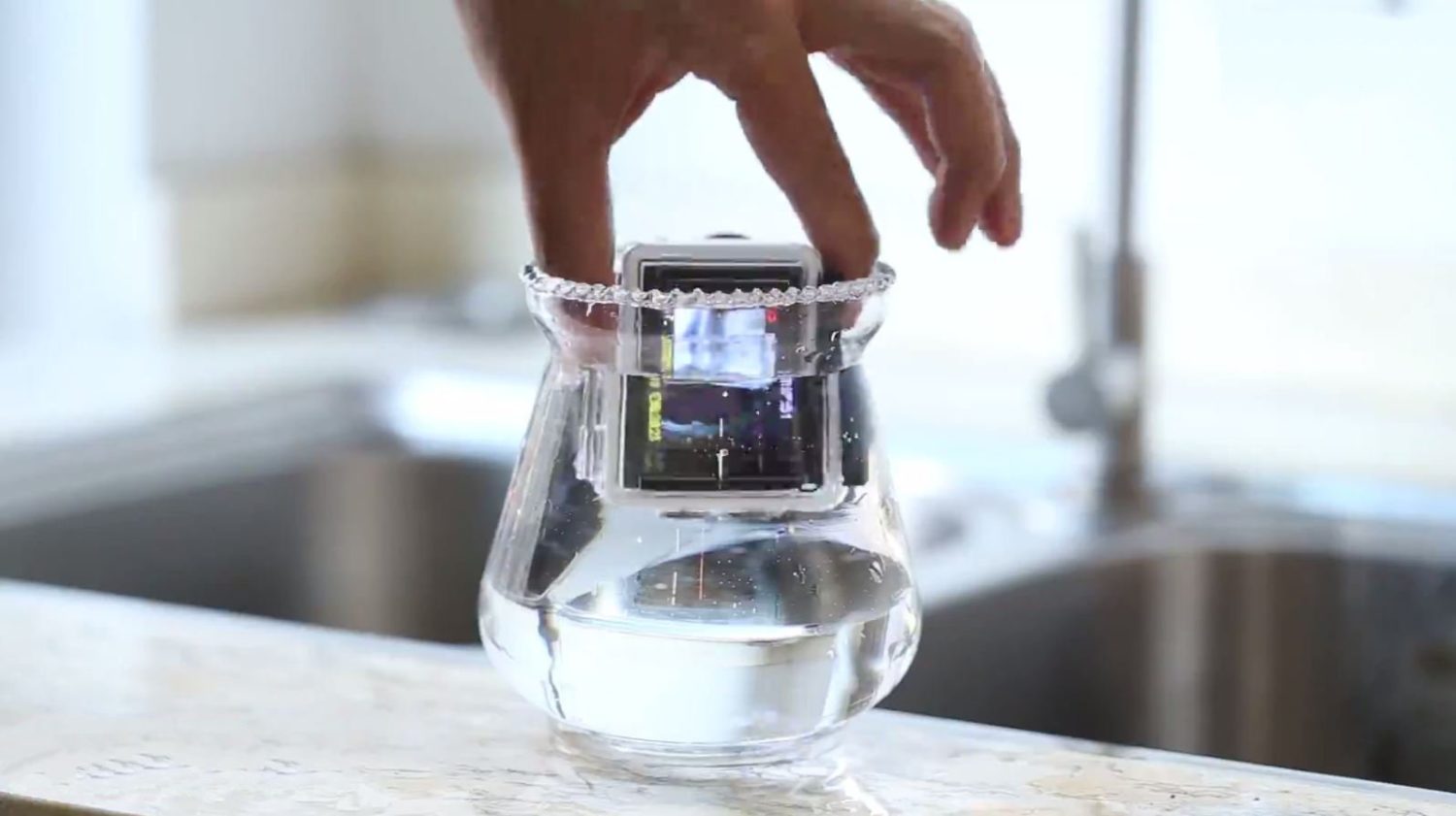 Regarding ports, we have the charging Micro-USB port, Micro HDMI, and SD slot on the left. It takes at least 2 hours to top up the battery.

Furibee H9R 4K Action Camera is ideal for biking, skiing, browsing, diving, climbing up, and so on. It’s not perfect but still one of the best 4K Chinese cameras you can get under $40. Plus, if you are looking for a true 4K experience then probably you have to spend more.

If you are interested in FuriBee H9R Action Camera, you can get it from GEARBEST for a price of $39.99. Furthermore, GEARBEST has started a Promotion of Furibee H9R Action Camera. It’s the giving the first 20 units, starting from @9:00 UTC, for only $29.99. 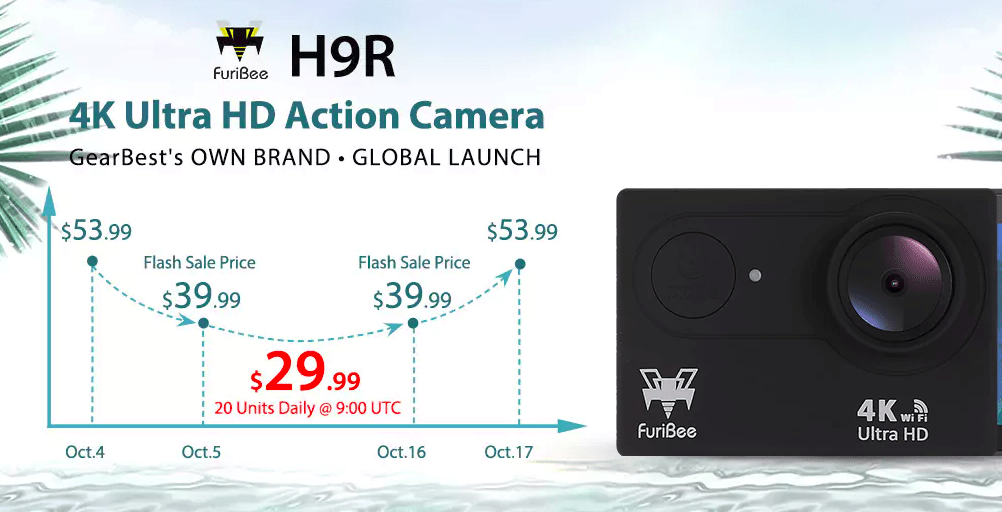 Here are the links to the store: