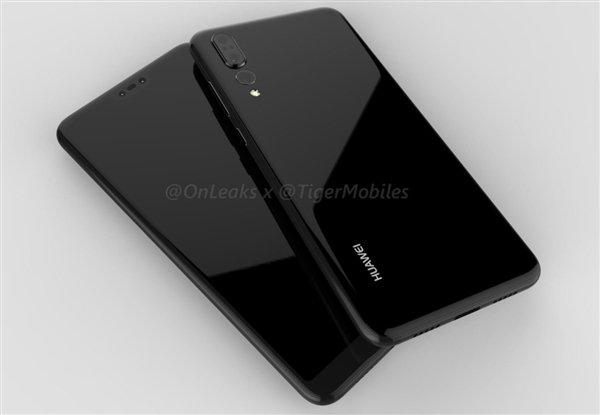 Full-screen and dual cameras were what defined the year 2017. However, this is 2018 now. Something new should become a trend. How about moving to the extreme with triple rear cameras? Well, the upcoming Huawei P20 Pro High Version (8GB+256GB) might make it possible soon. 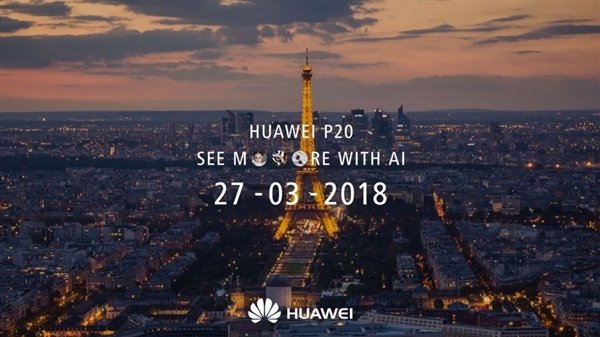 After Huawei confirmed that the upcoming  P20 series was going to release on March 27 in Paris, France, the anticipation has reached the next level. Today, Zealer China received a source exposing the configuration of Huawei P20, specifically ‘Huawei P20 Pro High Version (8GB+256GB)’. 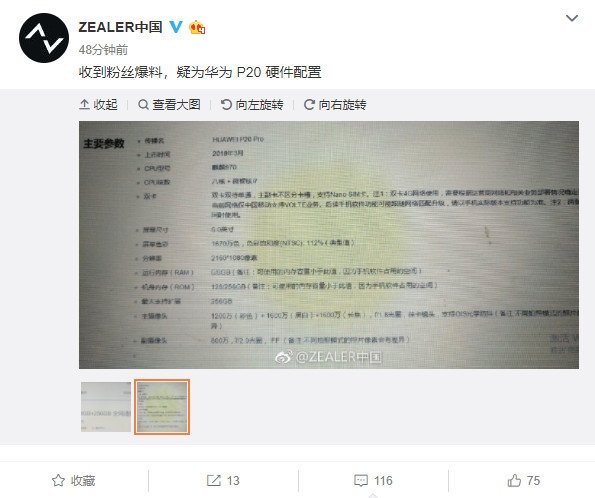 Looking at the pictures of the source, apart from the standard Huawei P20, there will be Huawei P20 Pro High Version (8GB+256GB). The specific leaked variant was in rose color, priced at 5899 yuan ($931). It looks like this variant will be the most priced one in the entire P20 series.

The screen size will be around 6-inch along a Full-HD+ resolution (2180×1080 pixels). This means that Huawei P20 series will feature the unique 18:9 ratio and full-screen layout. Moving to the memory and storage, the series will be divided into:

Mentioning the selling point apart from SoC and RAM will be the ground-breaking triple rear camera by LEICA in Huawei P20 Pro. The camera configuration will be 12 MP (color) + 16 MP (black & white) +16 MP (telephoto), f / 1.8 aperture , OIS optical image stabilization. Meanwhile, in P20 there will be only dual rear cameras, 12MP (color) lens will be absent. Both versions will feature an 8MP front camera with f / 2.0 aperture.

In conclusion, according to rumors, the battery capacity will be 3320mAh and 4000mAh for P20 and P20 Pro, respectively. Here’s the complete comparison of both versions of this specification sheet: