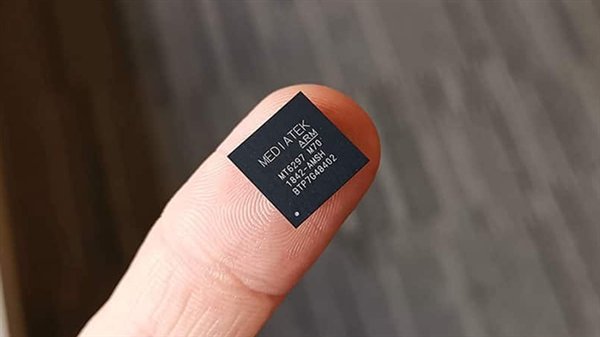 It is already totally official: the 5Gcame to telephony. In this war of bandwidth, Qualcomm, Huawei, among other companies, had already submitted their candidates to enter this emerging telecommunications market. However, MediaTek, despite being one of the most popular manufacturers in this field, had not shown their bet on processors with5G support; at least until today. To finish 2018 in style, the company has presented their new SoC model, the MediaTek Helio M70, and here we will detail all its features.

MediaTek Helio M70 – The arrival of a titan

The truth is that the existence of the MediaTekHelio M70 is not new. In fact, the company had already announced it during the Taipei Computer Show in June of this year. Later, a prototype of what the chip would be in September could be seen. However, it has been today that the new SoC has been presented with great detail, emphasizing its 5G approach.

The M70 (MT6297) uses a TSMC 7 nm lithograph. It has multiple modes of 5G baseband, and as expected, it is compatible with the previous technologies of 2G, 3G, and 4G. At the 4G level, the new SoC simplifies the multiple bands it used in a single design. Energy consumption has been drastically reduced thanks to an efficient management of resources.

MediaTek Helio M70 – A whole revolution of the 5G

The new MediaTek processor not only supports 5GNR (new air interface), which includes the most common band frequencies such as N41, N78 and N79, but also has compatibility with independent networks (SA), non-independent networks (NSA),bands below 6GHz, high power terminals (HPUE)and other 5G technologies. Finally, it is noteworthy that it can have transmission rates of up to 5Gbps, all this being the only chip capable of supporting 4G LTE and 5G(EN-DC).

At the moment, MediaTek is cooperating in strategic alliances with companies such as Nokia, China Mobile, Huawei, and Japan NTT Docomo to promote the 5G standard and its commercial use. However, the MediaTek Helio M70still has a long way to go, as the company has also reported that they are barely in the testing phase, and it is most likely that it will be sold in the middle of next year.