A couple of days back, MediaTek released Hleio P23 and P30. Although smartphones will feature these SoCs in the fourth quadrant of 2017, however, we still have the MediaTek Helio P23 / P30 Benchmark with us.

Before heading to the benchmark, let’s know the SoCs better. MediaTek Helio P20 / P25 still uses the TSMC 16nm process. We won’t see a change this time as both SoCs have the same CPU running at the same frequency. The new series integrates eight A53 CPU cores. The A53 cores divided into two parts, the High and the Low. The high section consists of four cores running at a frequency of 2.3GHz. In comparison, its equivalent to P20 but slower than the P25’s frequency of 2.6GHz. However, the low section is improved a bit based on four cores running @ 1.65GHz. In short, we may see the change in the name of both SoC but the CPU is entirely same. MediaTek has given the new generation an energy-efficient approach as a budget-friendly SoC should be. Still, they should have made Helio P30 better than P23 regarding CPU performance.

A drastic improvement can be seen in the GPU section. MediaTek first time uses a new generation of ARM Mali-G71. An MP2 dual-core configuration with a frequency of 770MHz for P23 and 950MHz for P30. Considering the previous GPU Mali-T880MP2, it’s a tremendous leap. 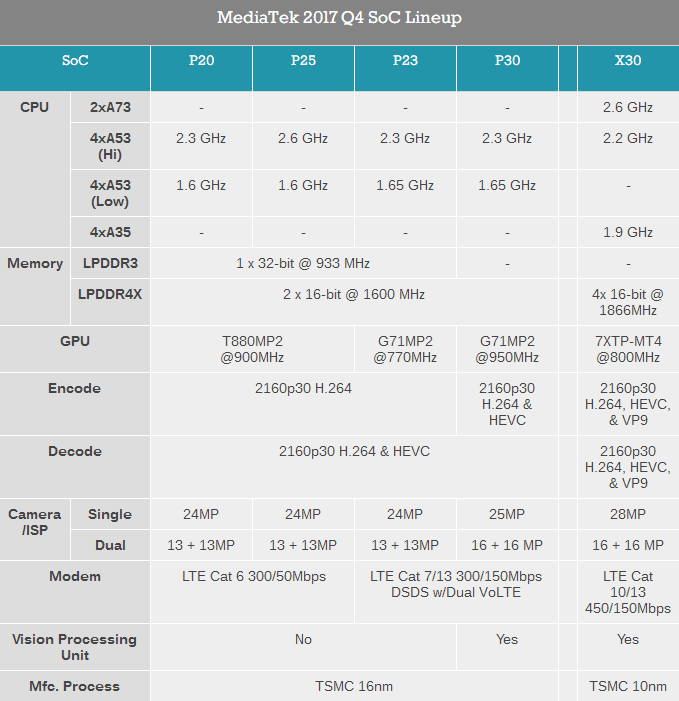 In the Manhattan 3.0 GPU test, Helio P23 scores 11 points meanwhile Helio P30 scores 14 points. The huge gap between the frequency was the GPU is the reason here. In Vellamo Mobile Benchmark, P23 performance is more than its older brother P20, scoring 5,300 points. Meanwhile, P30 is at the top with 5,400 points. 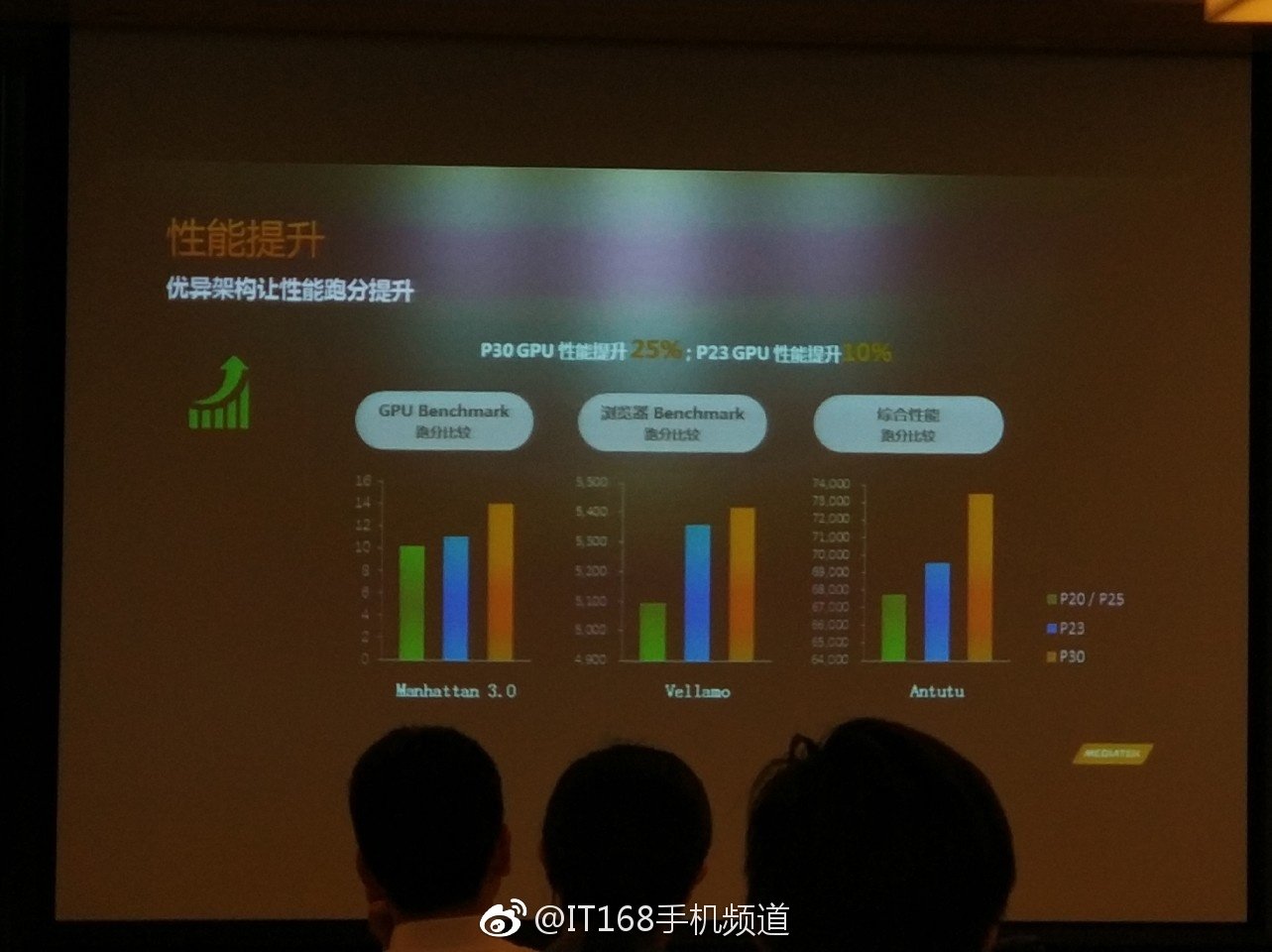 Now comes the overall performance on the famous AnTuTu. MediaTek Helio P20 scores 67,500 points, meanwhile the new P23 scores 69,500 points. However, MediaTek Helio P30 wins the race with a marvelous score of 73,500 points. Obviously, the new ARM Mali-G71 MP2 was the main reason for the drastic improvement. But still, we feel that MediaTek could have done better with the CPUs as well with a much efficient process (below 16nm). However, if the price is still budget-friendly, the SoCs are great and there’s no chance of any complaints. Isn’t it? Here’s the summary:

The real question how will MediaTek P23 and P30 will performance against a high-frequency Helio P25. We will find out soon.