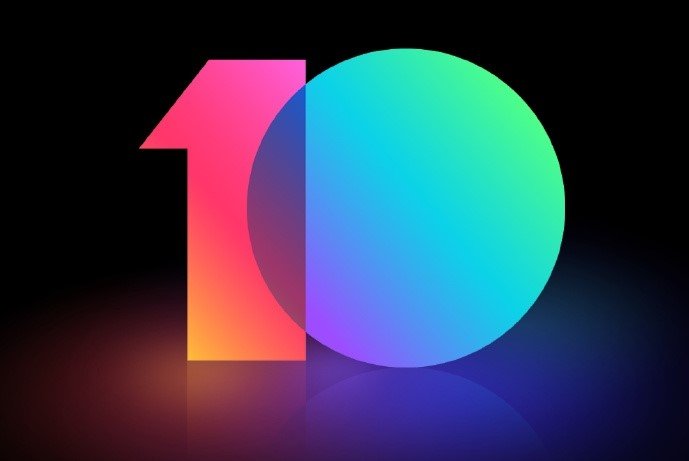 Apart from the release of Xiaomi Mi 8 anniversary flagship, Xiaomi will also release MIUI 10. Today, Xiaomi officially posted the teaser of MIUI 10, illustrating MIUI 10 release date to be May 31. Xiaomi said on Weibo:

I’m #MIUI 10#, and I’m struggling to be faster than lightning. Xiaomi’s annual flagship conference, see on May 31. 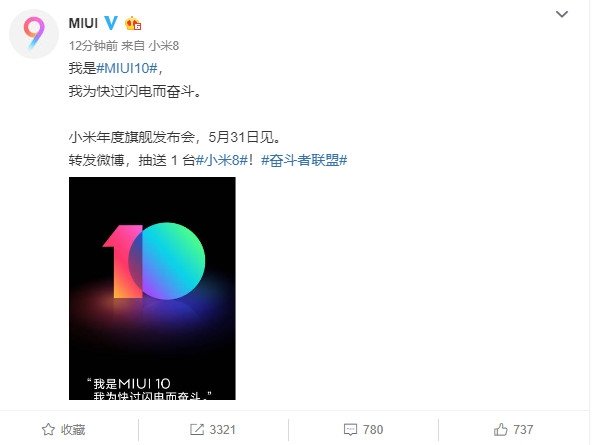 The official poster is similar to the latest year’s MIUI 9 poster. However, the slogan has changed from “fast as lightning” to “faster than lightning.” So, it’s no surprise that the UI will be even faster than MIUI 9 itself. MIUI developers will continue the hard work to make it better and responsive than MIUI 9.

In addition to the textual information in the poster, the most striking thing in the whole poster is undoubtedly the number “10”. The “0” behind figure “1” is obviously not a normal writing method. The round number “0” is more like a full-screen feature hint. If we presume correctly, the new MIUI 10 OS will do more optimization and innovation for the full-screen. Thus, the full-screen Xiaomi smartphones will be in an advantage here. 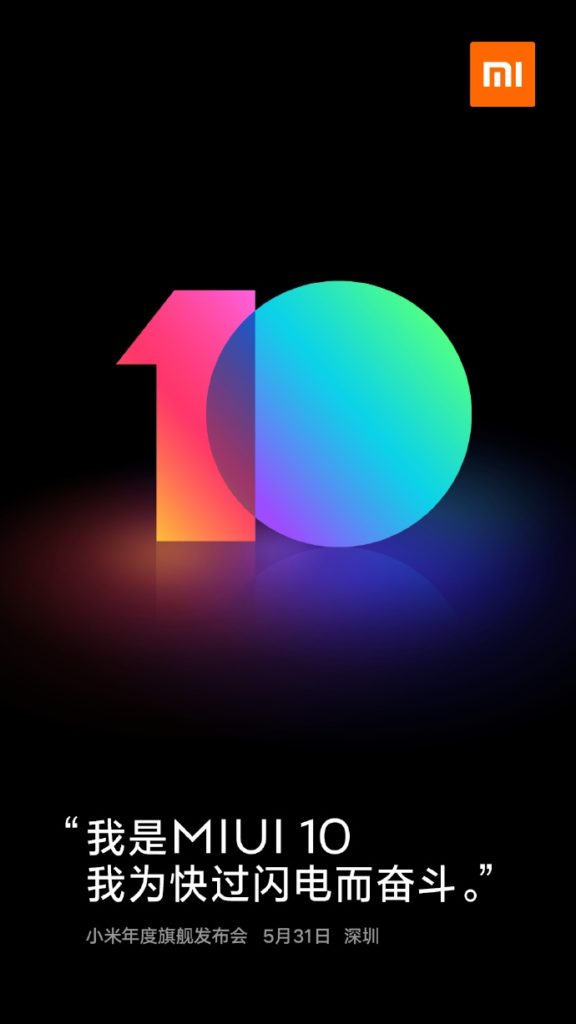 Now that the MIUI 10 release date is announced, we believe that before its release, Xiaomi will officially tease us with leaked features and functions of MIUI 10. So stay tuned!