Smartwatches and smart bands come and go, but only a few of them manage to make a long-lasting impact in the Chinese market. If you are among the people who prefer budget-friendly watch and want everything in a smartwatch, you might love the Chinese No.1 F4 Smart Band. 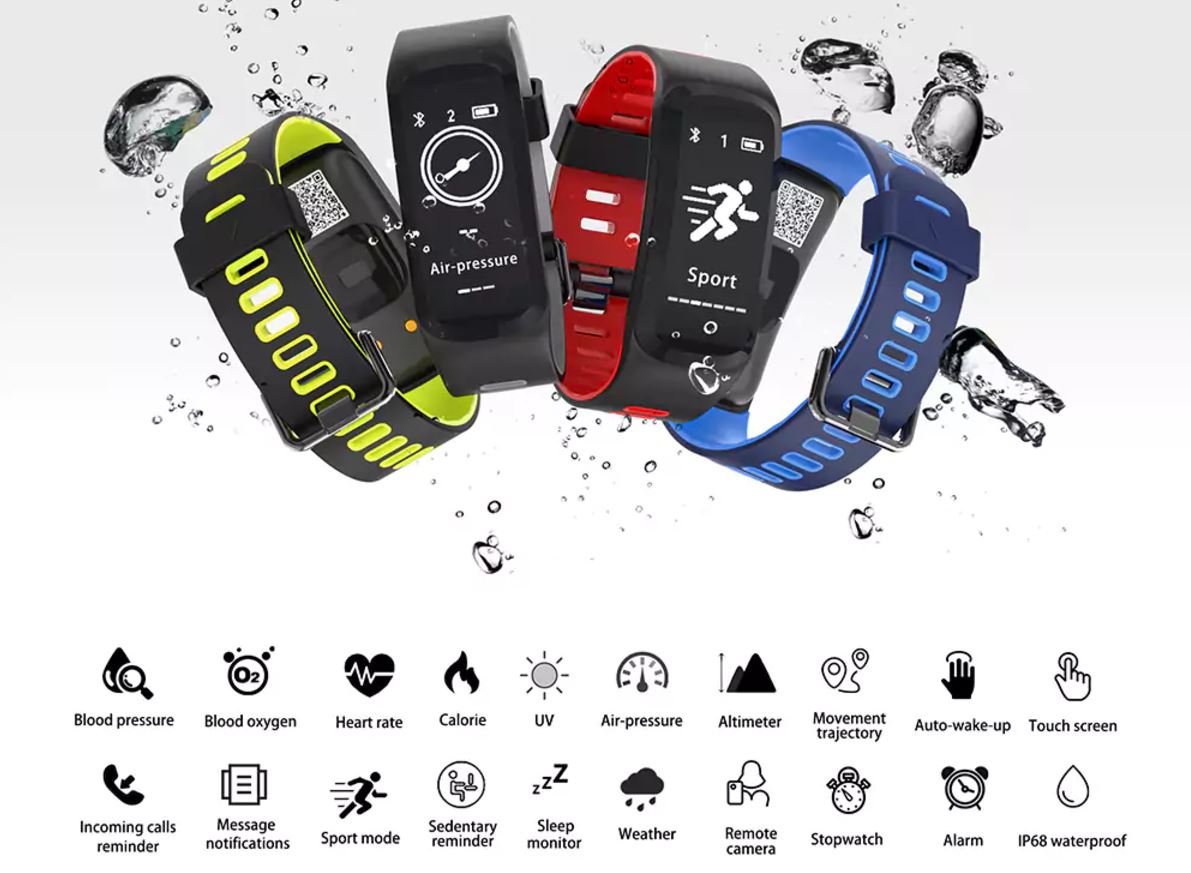 No.1 F4 Smart band is a perfect hybrid of health watch and smart watch. We can say that:

No.1 F4 smartwatch has everything that you can ever dream in a Chinese watch under $25

Let’s get into the details to know the smart band better:

No.F4 Durability Test – What Happens When You Freeze a No.1 F4 Smart Band?

The selling point of this smart band is probably its robustness as its IP 68 certified. Unisex means that it’s waterproof, shockproof, as well as dustproof. The watch can tolerate incredibly low temperatures and even it works after freezing. Here’s the video of the freezing test conducted on No.1 F4:

As you can see, the watch surprisingly passes the durability test. There’s no scratch nor any damage on the watch smart band which confirms that it’s not like other cheap Chinese watches and smart band under $25. The built quality is incredible, and you can rely on it despite the low price. Indeed, the Chinese No.1 F4 is not a one trick pony like most of the Chinese smart watches and bands.

No.1 breaks the trend in the F series by introducing F4 as a smart band instead of a smartwatch. A smaller screen size might be a problem in smart bands as they are rectangular instead of circular. However, the 0.96-inch OLED display is not that small considering a smart band. We think that the brightness is a bit lower but the screen is viewable under sunlight, though you might expect some reflection as well.

It occupies a space of 23.50 x 2.00 x 1.00 cm and weighs only 24 grams. The chassis is a plastic built apart from the glass screen. It’s a two colored strap that molds from TPU and is anti-allergic to the skin. The strap is 18mm wide and 235mm long, suitable on every Unisex wrist. The chassis is tightly sealed, and IP 68 certified so that it’s not only limited to splash resistance but underwater resistance as well. 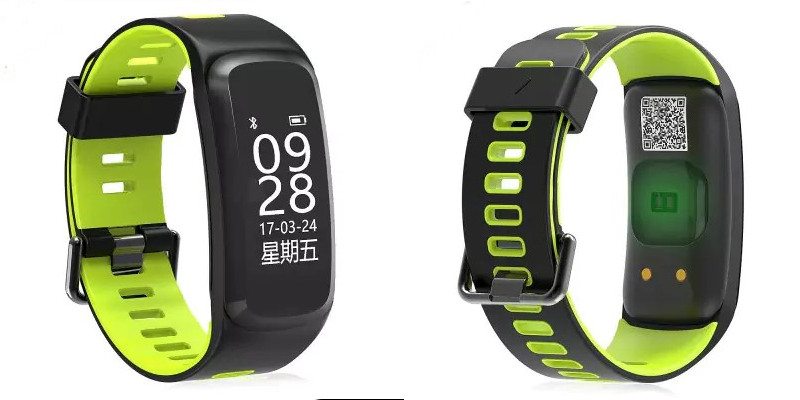 The watch is customizable like Mi Band 2 with different changeable straps as the chassis is detachable. You can get Mi Band 2 for a lower price but not with that much features and 24h dynamic HR monitor. Moreover, the screen is not capacitive. The only way you can swipe the menu is via the touch button at the bottom like in Mi Band 2. But, I guess that’s okay under $25. 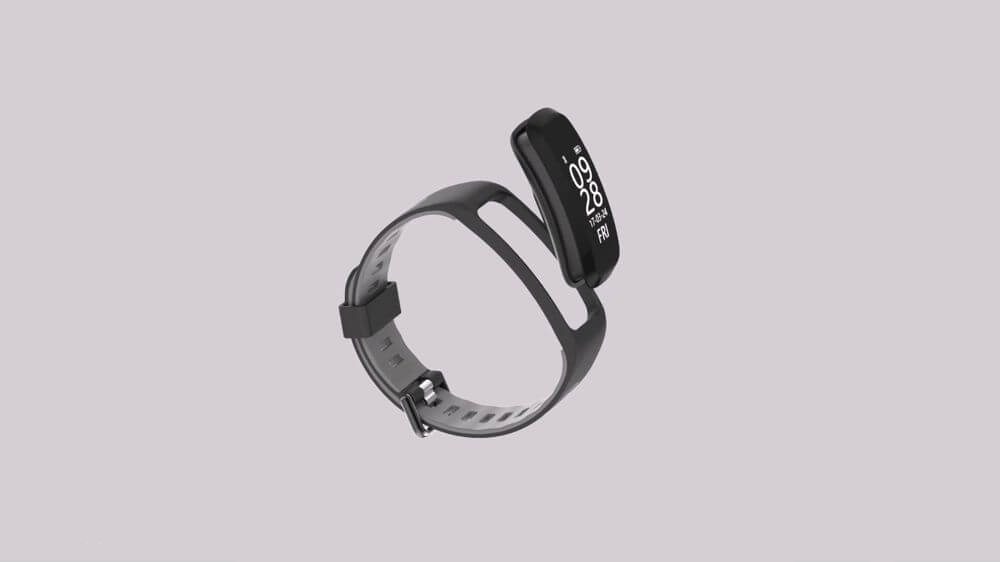 The No.1 F4 smart band integrates an NRF51822 sensor chip coupled with 16KB RAM and 256KB storage. Why won’t we need extra RAM as there’s no OS on the watch, no apps? The only thing that the watch relies upon is features, features, and more features. It can store data of a day in it, and you only have to synchronize it at the end of the day. It has a Bluetooth 4.0 module to connect and synchronize with smartphones.

We have categories features as there are too many, into sections. Heading to the health features first, we have: 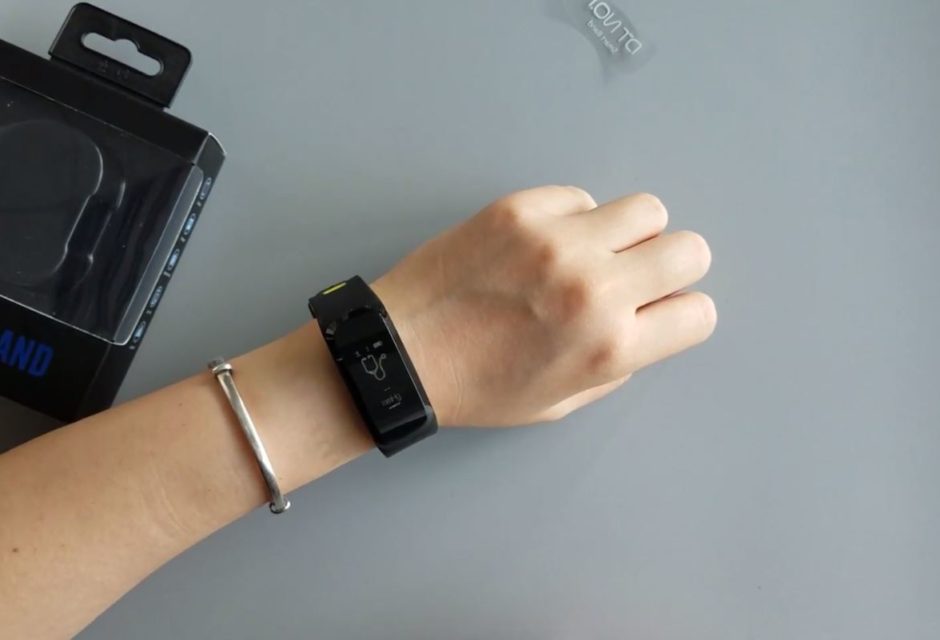 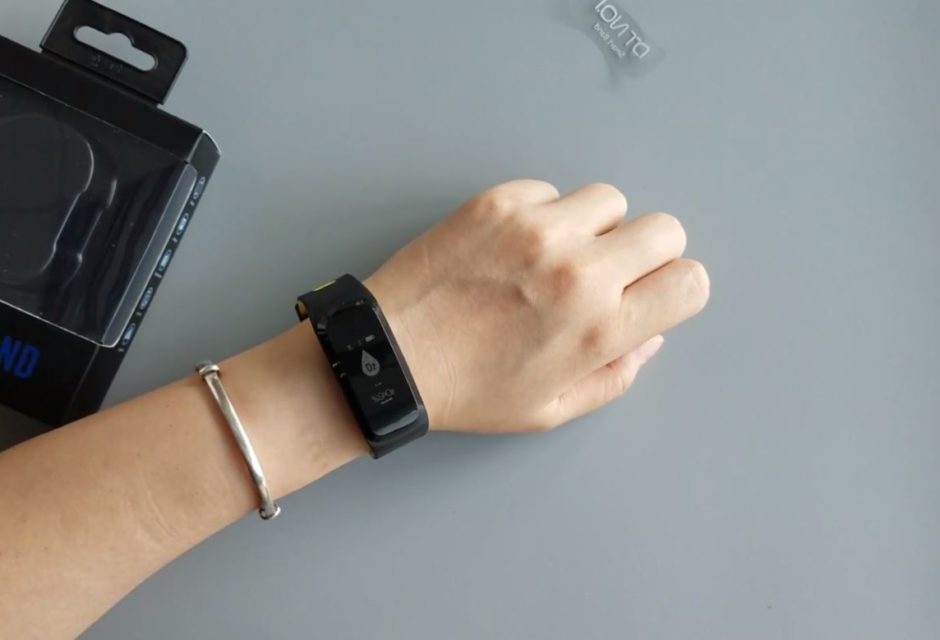 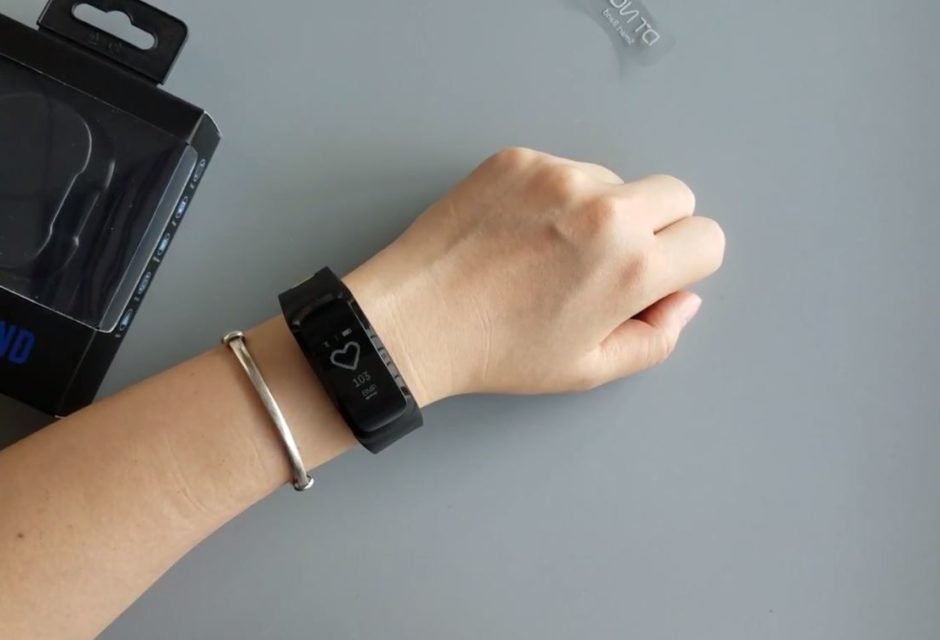 In short, heart rate feature and other simple features are accurate, and you can rely on them but not in case of SpO2 and blood pressure meter. These things aren’t accurate like medical devices and are just for fun.

The environmental features include:

However, like most of the watches, we have the sports mode dedicated for exercises and sports like cycling, swimming, cardio, badminton, etc. The band shows real-time measurements all under one screen including HR, steps, calories, stopwatch.

The band is smart as it also supports:
See also

We also like to mention that the watch has an auto-lift screen feature, but like a budget-friendly watch, it has some short delays. Although it has a simple black and white UI it has eight different clock screens, analog and digital.

No.1 F4 Smart Band is powered by a 130mAh Lithium-ion polymer battery. It may sound like the amperes are low, but the capacity is enough to run the band for 5 – 10 days, depending on how frequent you use. Only 2 hours of complete charging can give the user a standby up to a week. It can be charged via magnetic/adsorption charging via USB cable given in the packaging. Don’t lose it as it’s too hard to get a new one. 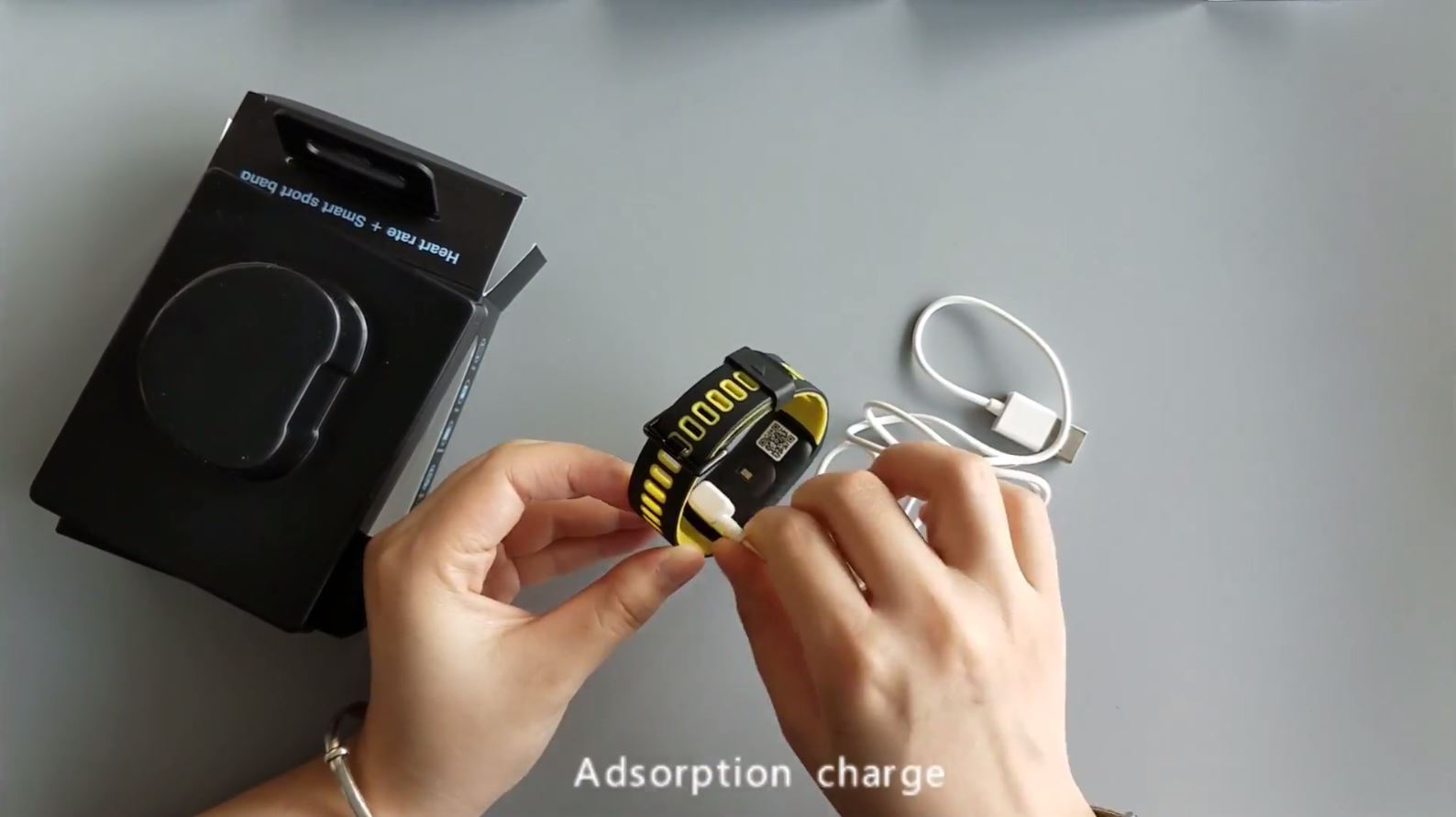 Now coming to the point, No.1 F4 has a dedicated app named “Fitness Bracelet” with the No.1 logo. It’s a multi-language app, but like most of the Chinese health apps, it’s not that good. It has some bugs and disconnects with some devices. The Chinese developers do some fixes regularly. Once the band is connected to the app, you can set goals, view health record (day, week, month, and year). The sleep monitor starts at midnight. Only if they add the manual sleep to wake up function, colored graphs, the app could become a lot better. 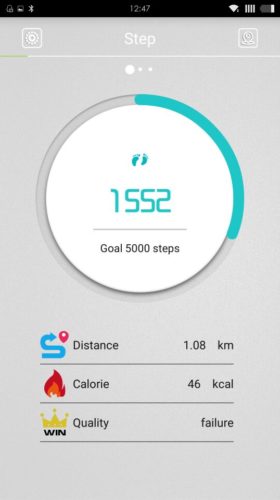 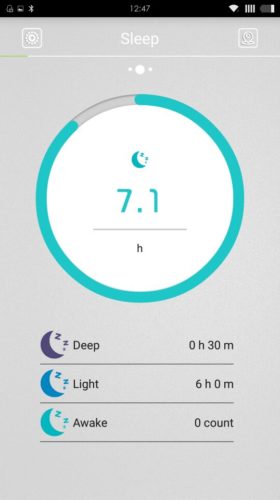 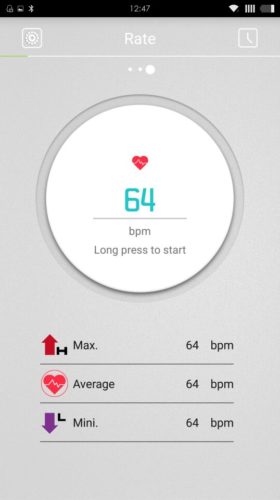 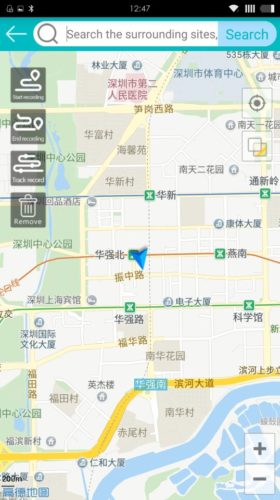 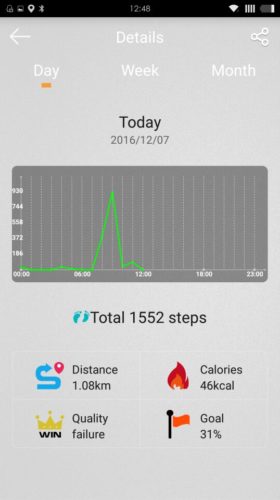 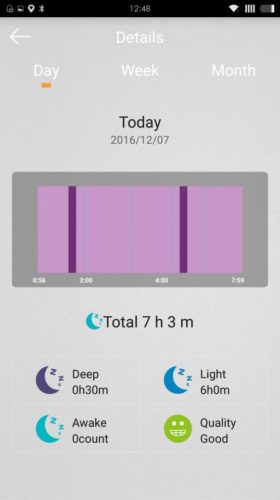 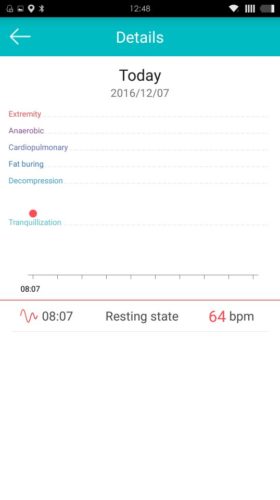 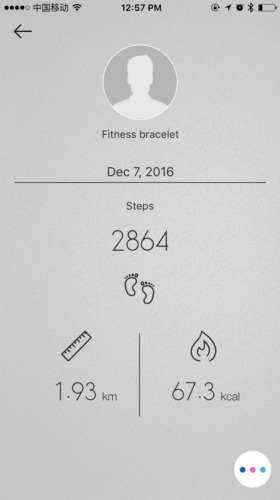 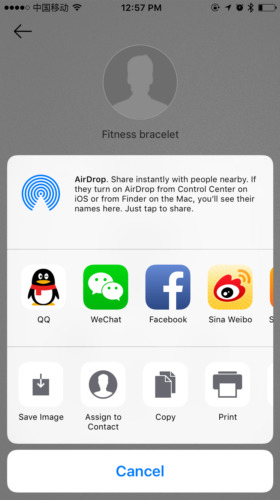 The UI is the simplest we have ever seen in any Chinese wearable app. You can set the app notification, heart rate alert, a sedentary reminder and more. You can scan and install an app via QR code given at the back of the band.

The smart band is a great deal under $25. It’s durable, offers incredible features, though some are just for fun (not accurate) such blood pressure meter. The band is elegant with the two colored removable and replaceable strap. It’s not worthy to be called a true smart watch as there’s no voice recognization, and Android wear. But as a simple health watch under a tight budget, it’s worthy of giving a shot.

If you are interested in purchasing No.1 F4 smart band, you can get it in four colors: red, blue, green, gray for a price $24.96 on Gearbest. Still, you can get it at a discounted price $19.99 by applying the limited coupon code: 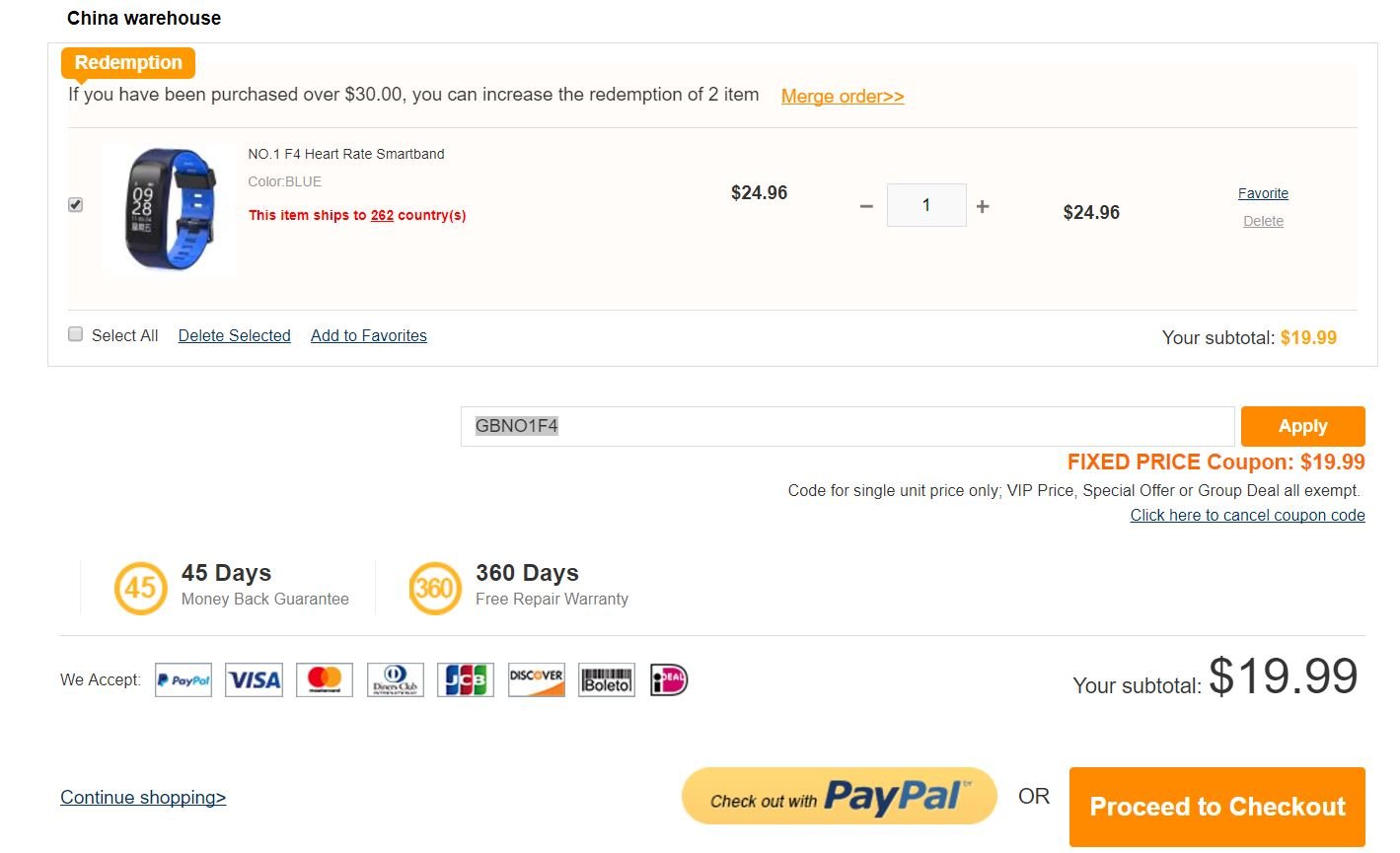 Here’s the link to the stores: