Samsung Exynos 9820 vs Apple A12 Bionic – The Best Performance Beast?

Finally, Samsung’s new flagship processor, the Exynos 9820, has been launched, which will compete with the industry’s major processors such as the HiSilicon Kirin 980 and the Apple A12 Bionic. With the latest Qualcomm processor, in theory, should not be compared because we are waiting for the new Snapdragon 8150 in December. Today we will do the comparison between this new processor and the one we met recently in the terminals XR, XS and XS Max of Apple. So we invite you to read our comparison of the Samsung Exynos 9820 vs Apple A12 Bionic. 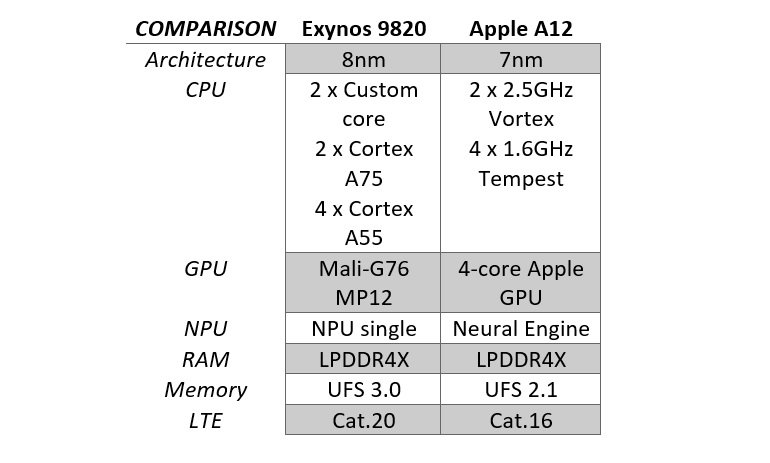 The Exynos 9820 processor arrives with eight cores and bets on a triple cluster. Two custom cores for maximum performance, two Cortex A75 cores for balanced operation and four Cortex A55 cores for smaller tasks or energy savings. Tri-cluster with intelligent task scheduler boosts multi-core performance by 15%.

Samsung has opted for a specific chip for artificial intelligence. A chip that, makes its debut in Korean semiconductors, unlike the others that are already in their second generation. An integrated NPU that will be used for recognition of scenes and images, and also for augmented and virtual reality apps.

On the Apple A12 Bionic, the CPU is an Apple-designed 64-bit ARMv8.3-A six-core. Its counts with two clusters at 2.49 GHz called Vortex tackle heavy computational tasks. Apple manages custom kernels, this is why they are only two clusters. It also has four efficiency cores at 1.6GHz called Tempest to take on everyday tasks. In resume, two cores for maximum power and four cores for lower performance and energy savings. Its performance controller dynamically divides work across these cores, harnessing all six when a power boost is needed.

Apple has also had a specific chip for processing artificial intelligence code. The Neural Engine is incredibly fast, able to perform five trillion operations per second. It’s incredibly efficient, which enables it to do all kinds of new things in real time. You can also do things like jump right into immersive AR experiences. 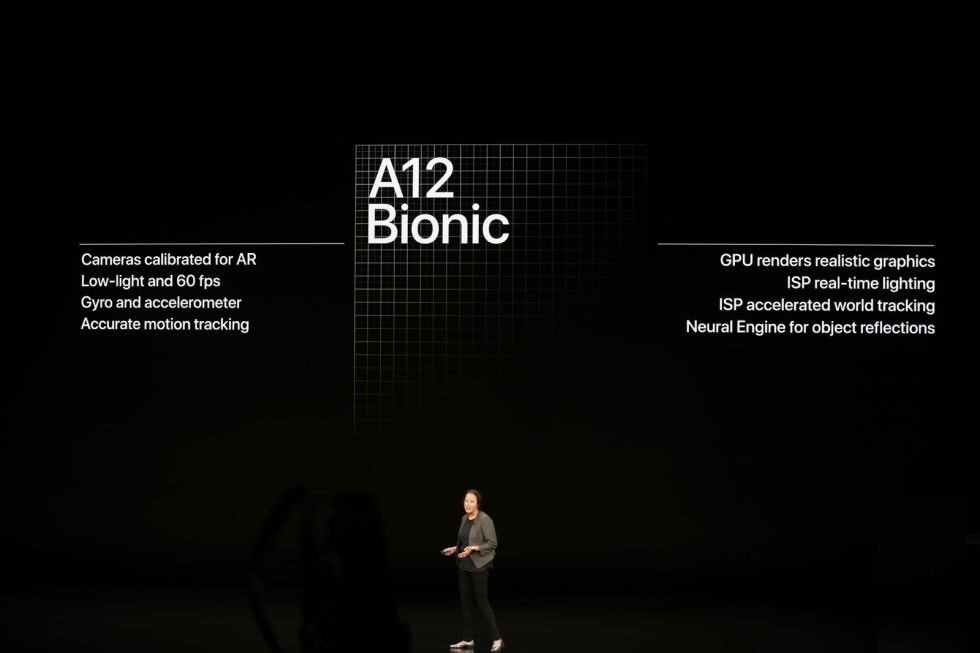 The Exynos 9820 arrives in the process of manufacturing at 8 nanometers, just below the 10 nanometers that were repeated the last generation, but slightly above the 7 nanometers that we see in processors from the competition, like the Apple A12. Is this bad news? Not necessarily. We have already seen how some manufacturer arrives earlier with a processor with greater miniaturization but they are not able to optimize it properly due to various technical difficulties. Therefore, the really important thing is what this chip can do and how it gets it.

The Exynos 9820 is equipped with high performing Mali-G76 MP12 GPU, which delivers the ultimate gaming experience. It has 12 rendering cores, for it, the GPU features wider execution engines with double the number of lanes, resulting in better performance and efficiency for complex graphics. The Exynos 9820 offers up to 40% improvement in performance or 35% enhancement in power efficiency for more immersive and uninterrupted gameplay. 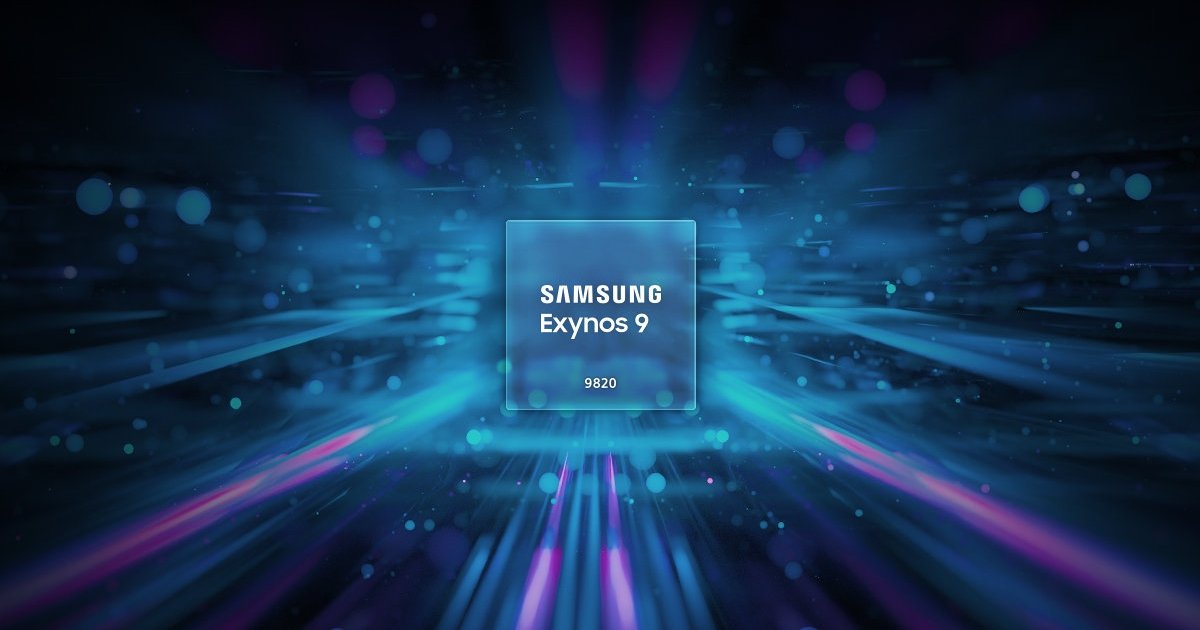 The GPU include into the A12 is also an Apple-designed. It has four core and lossless memory compression that bring big gains in graphics performance to games, video editing, and visually demanding apps. It is a custom bet, with ARM base but designed at home, and there is no more official data from Apple.

Samsung Exynos 9820 vs Apple A12 Bionic – Other Specs Comparison

The Exynos 9820’s LTE-Advanced Pro modem supports LTE Category 20 to offer downlink speed of up to 2.0Gbps with 8x carrier aggregation and uplink speed of up to 316Mbps. Stability and speed of the modem are enhanced even further with the expansion of 4×4 Multiple-Input, Multiple-Output, 256-QAM, and Enhanced Licensed-Assisted Access technology. In comparing, the Apple A12 Bionic offers LTE of category 16, which means 800Mbps of maximum speed. 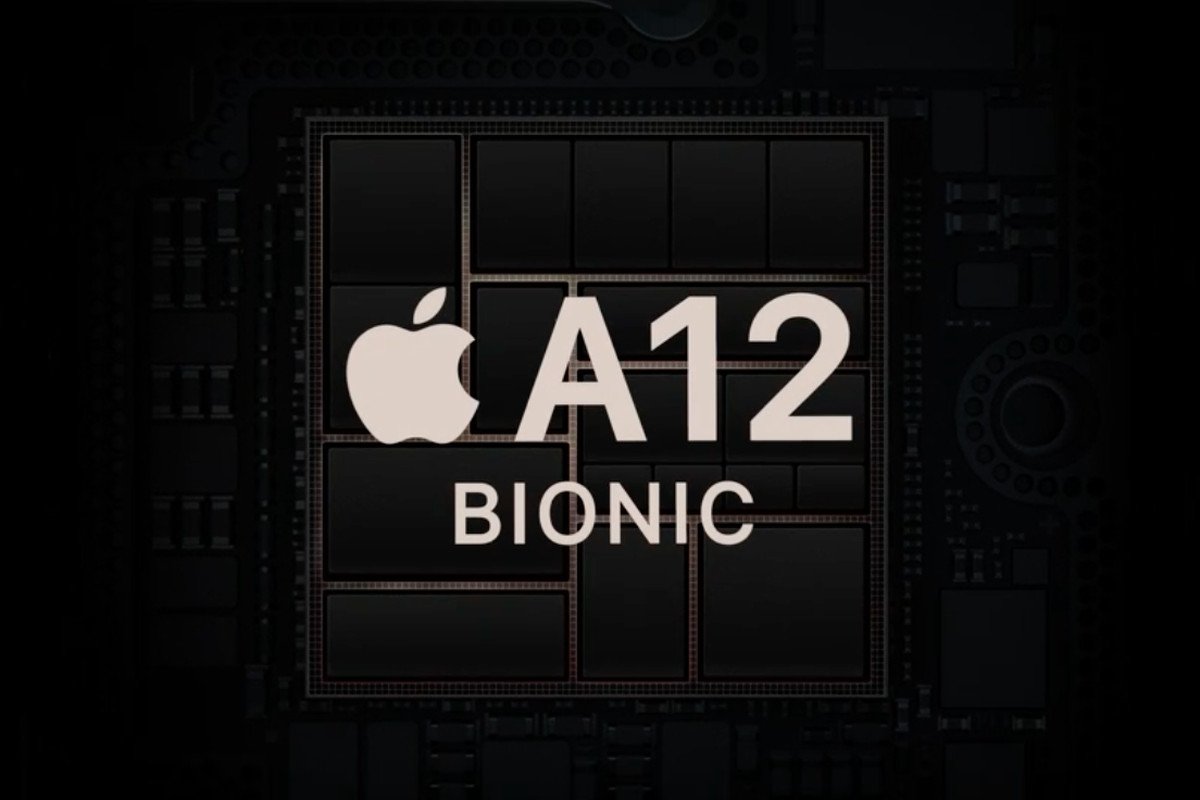 The Exynos 9820’s advanced image signal processor (ISP) supports up to five sensors, including an IR sensor, to enable flexible multi-camera solutions. With an advanced design for greater photo quality and faster auto-focus. However, the Apple A12 has an enhanced ISP. The image signal processor features a refined depth engine, which captures extraordinary detail in Portrait mode. And with Smart HDR, the user can notice far greater dynamic range in the photos.

In this Samsung Exynos 9820 vs Apple A12 Bionic comparison, we can conclude that Samsung has released one of the best processors to date. This is understandable, considering that it will be included in the next Galaxy S10. However, the new Apple devices that have been released recently promised to bring great features, but if we make the comparison, the A12 keeps a little short in comparison to the new Exynos 9820.

Samsung opted for an architecture of 8nm and is a great success because it could pay attention to many other details, without leaving the miniaturization. It offers us 8 cores of pure power compared to the 6 cores of Apple, in addition to a powerful GPU. So far, the full details of the Apple GPU remain a mystery.