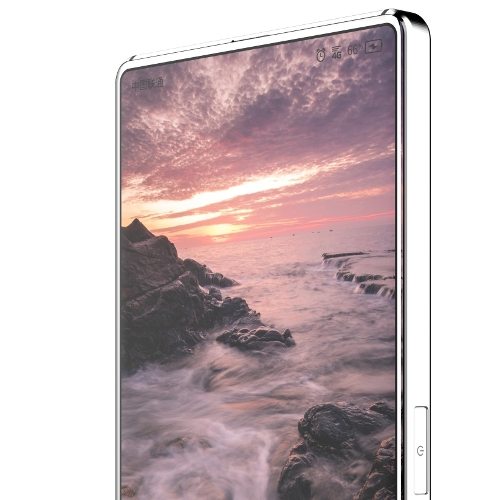 SHARP has made its presence felt in China with the release of AQUOS S2. But the Chinese manufacturer isn’t going to rest. Lately, SHARP said that it will release another full-screen flagship late in 2017.

From the leaks received, we believe that the upcoming flagship will be way better than the current AQUOS S2. Yesterday, SHARP’s upcoming full-screen smartphone leaked on the internet. Overall, the terminal appears to be great with a screen-to-body ratio of 95%. It has a similar appearance to Xiaomi Mi MIX 2 concept design.

Getting into the details, there’s no top border of the phone and the bottom border is way thinner than AQUOS S2. Moreover, we can also note that there’s no earpiece as well. Do SHARP has some plans to use the same Cantilever piezoelectric ceramic acoustic technology like in Xiaomi Mi MIX or they are heading for the new ACC technology? The front camera has been shifted to the bottom similar to Mi MIX.

Furthermore, there’s no fingerprint reader on the front or the rear. Maybe the Chinese manufacturer’s upcoming full-screen phone will use a side button fingerprint reader or the on-screen fingerprint module. The chassis is a hybrid of double glass (front and rear) and metal (side frame). In short, the phone has a similar taste to iPhone 4.

Beware Xiaomi, SHARP is preparing for a real competitor for Mi MIX 2!