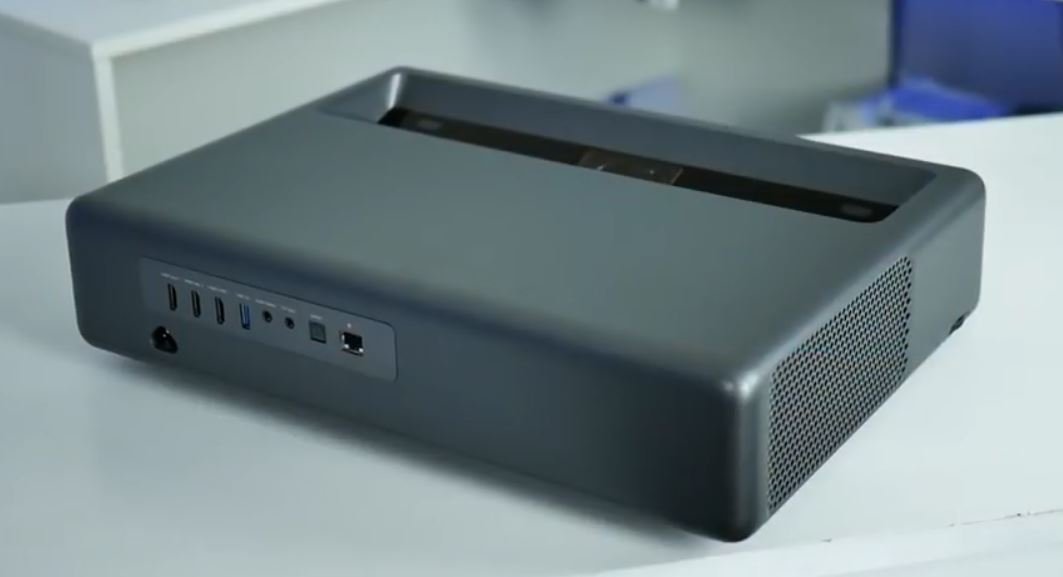 Until now, Xiaomi Mi Laser Projector was considered the best option for buying a Chinese laser projector. However, with the rise of Wemax ONE PRO as one of the first Chinese projectors with advanced laser display technology 3.0, we might have a perfect rival of the projector. What’s more? Let’s find out:

Wemax ONE PRO Projector – Everything You Need To Know

The Wemax ONE Pro appears to have a compact and rectangular body similar to the Xiaomi Mi Laser Projector, however, slightly larger and thicker. Wemax says that it is high-grade PC material from which the chassis is molded. The heat dissipation is excellent in this chassis in comparison to Xiaomi. The large vents on both sides ensure that the projector remains cool even after 3 to 4 hours of continuous use. 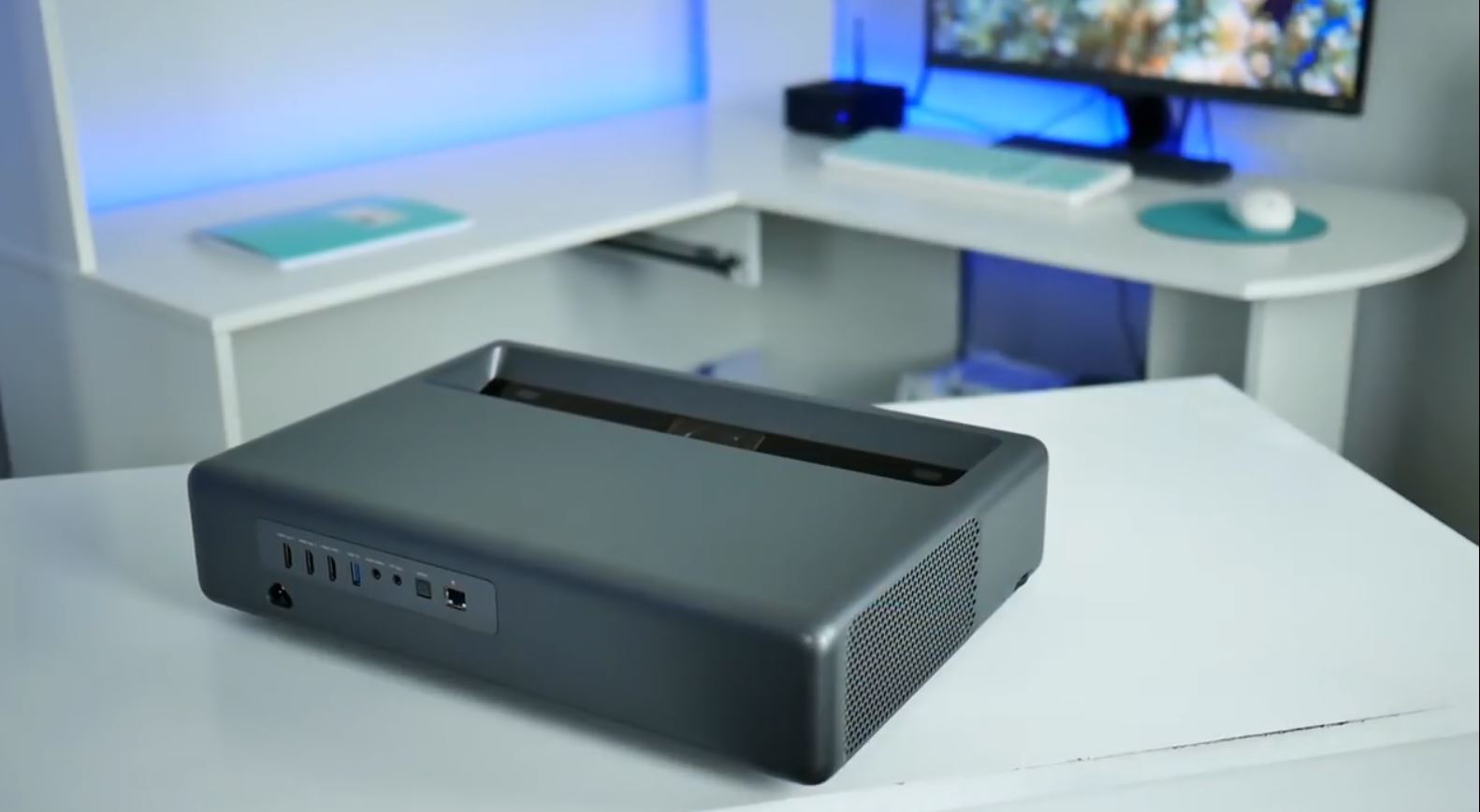 The ports placement is at the back, meanwhile, keystone correction is situated at the bottom left. For those who love black color and didn’t like Mi Laser Projector because of its white color, can move to Wemax ONE PRO because that black and dark greyish color combination look perfect. 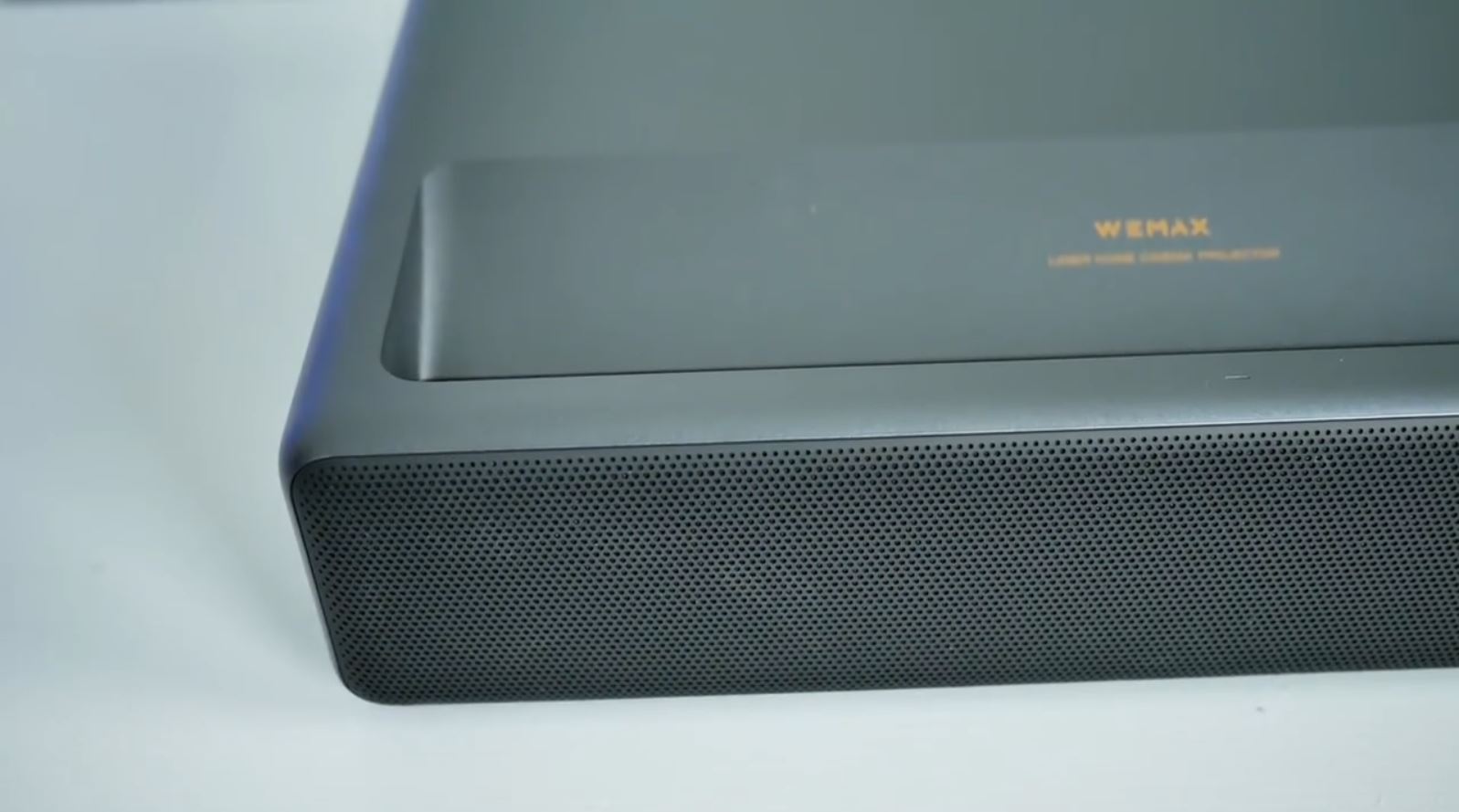 There’s also a remote control with the projector which has voice control feature in it. The button interface is pretty simple and clean just like the remote controllers of Xiaomi TV and TV Box lineup. 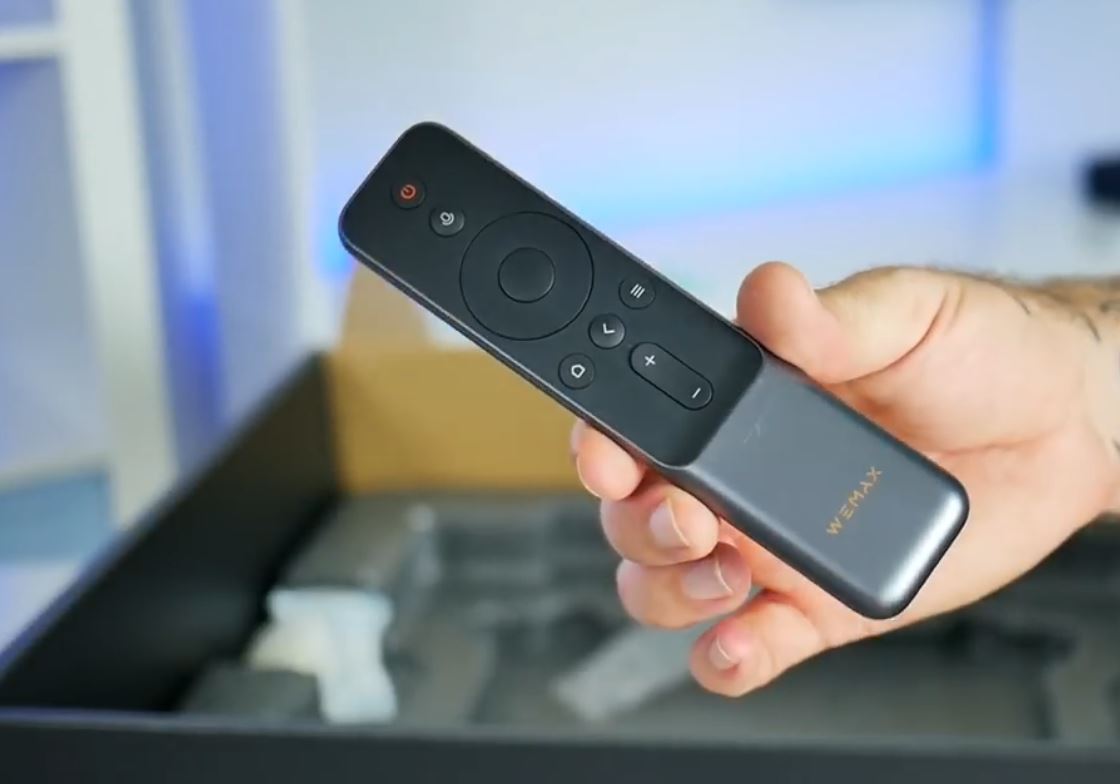 Despite being around $1800, you can’t expect a Snapdragon 855 in a projector. That been said, this projector features a T968 SoC with a Quad-Core Cortex-A53 as the CPU running at 1.8GHz. The SoC is accompanied by 2GB RAM and 16GB ROM which is enough to run Full-HD videos, operate tasks, stream channels, etc.

We noticed that the projector also features dual stereo speakers having dual full-frequency + dual high-frequency high-fidelity. Wemax makes sure that you don’t need to attach a separate home theater. The sound is really impressive with a high volume and surprising detail. Moreover, the projector also supports DTS, Dolby Audio, and Bluetooth Audio. 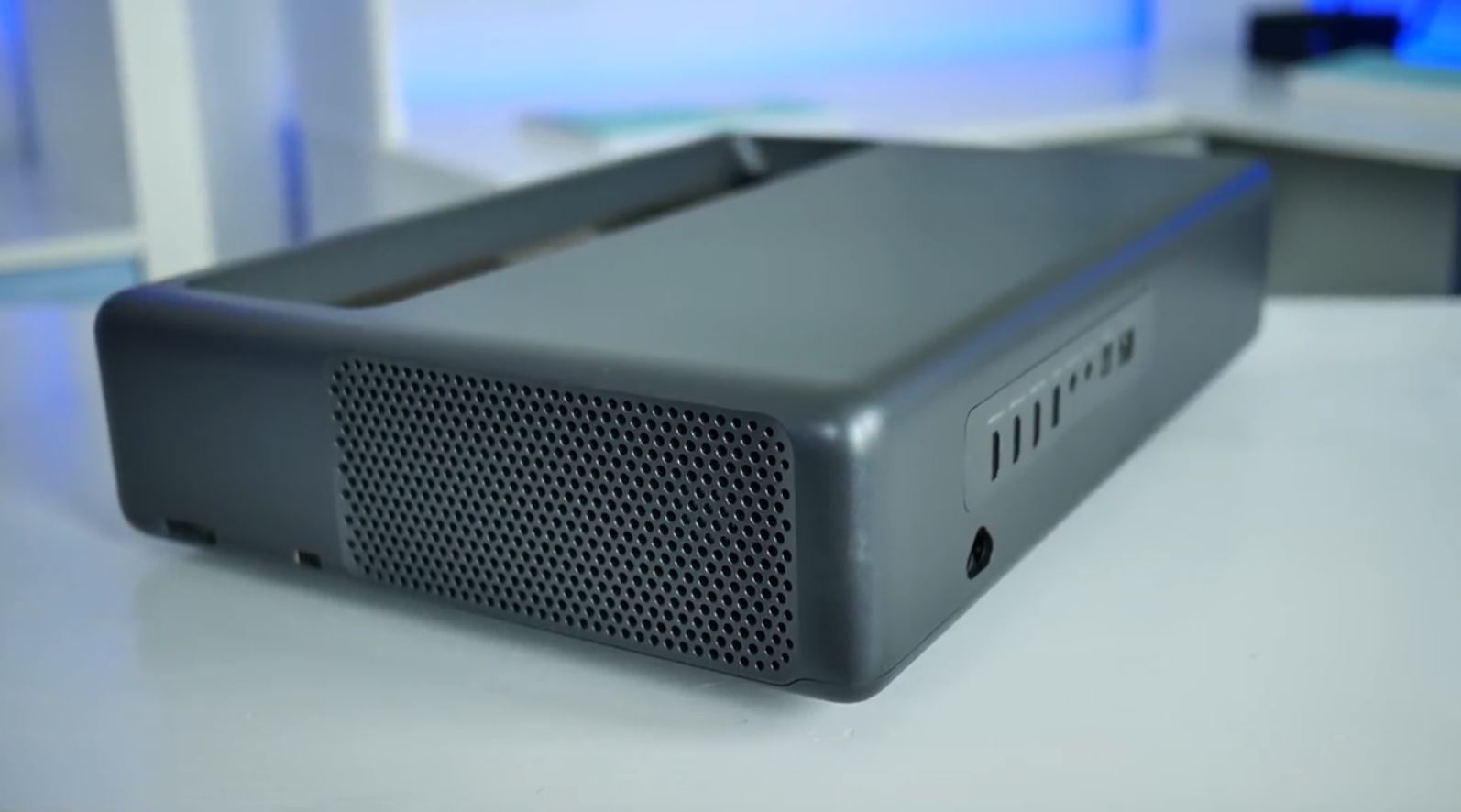 Although, Chinese projectors aren’t good when it comes to OS and updates. However, Xiaomi and Wemax are exceptions. Why? Because both feature the same OS. Wemax ONE PRO runs on Xiaomi TV OS which features live streaming content (mostly Chinese), a colorful and smooth titled UI interface and multiple language support (you can change it from Chinese to English at first).

As said the ports are situated at the back and are the selling point of the projector. The manufacturer boasts about the 10 interfaces for connecting multiple devices which includes:

As mentioned in the start, the greatest highlight of Wemax ONE PRO is the Advanced Laser Display Technology 3.0 which adds more details, light, and contrast to the picture offering a better-LED life and heat dissipation provided by Apportronics.

The projector also supports HDR which adds high contrast and clearness to the FHD display. There’s also the 3D cinema effect as you witness in IMAX theaters, as one of the features.

Laser Projectors are made to cover maximum display in a short distance. So for the audience having a small room can take advantage. Wemax ONE PRO also offers an incredible 150-inch max display with a freaking 0.233:1 throw ratio, same as Mi Laser Projector. You just need to place the projector 50 cm away from the wall. If you want even shorter projection distance and 4K, you can also see Xiaomi Mijia Laser Projector TV 4K.

One thing we should clear is that this projector has a native resolution of 1080p, not 4K. Though, it does support 4K video playback. Despite not having 4K, the Full-HD projection is the best we have ever seen, beating every Chinese 1080p projector on the market. 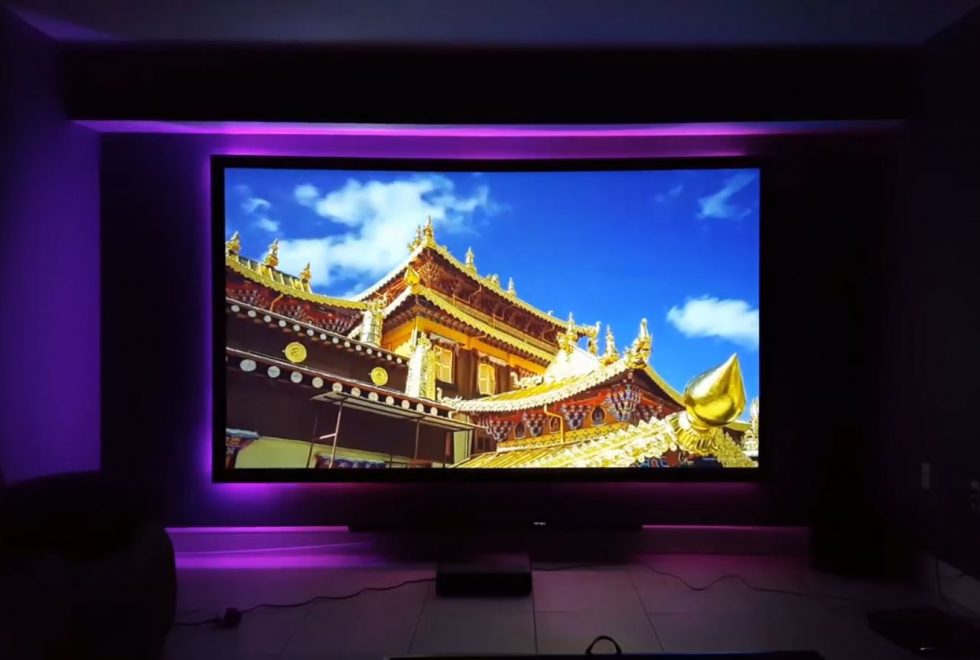 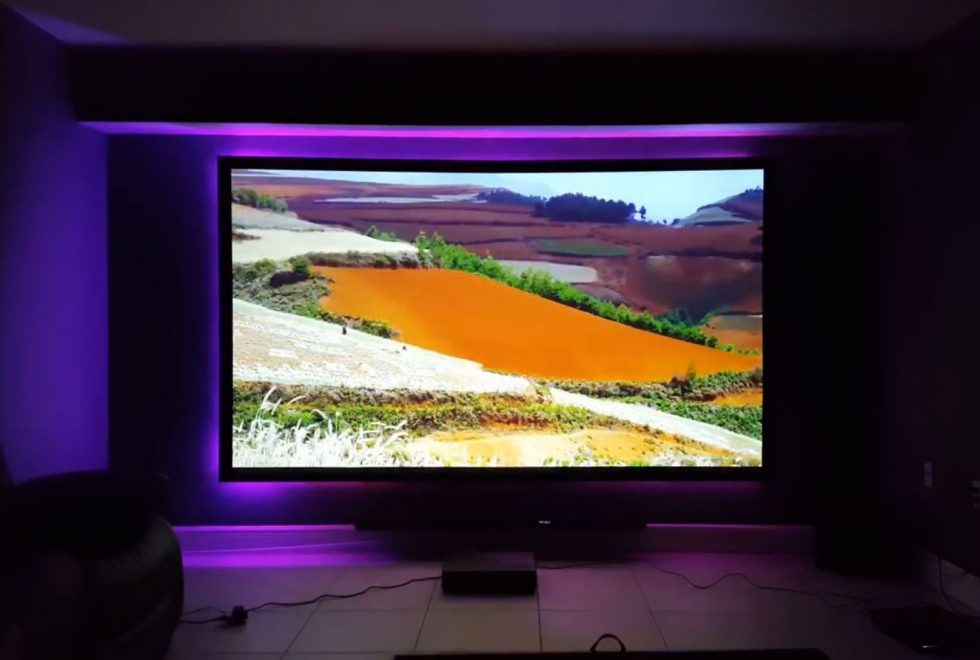 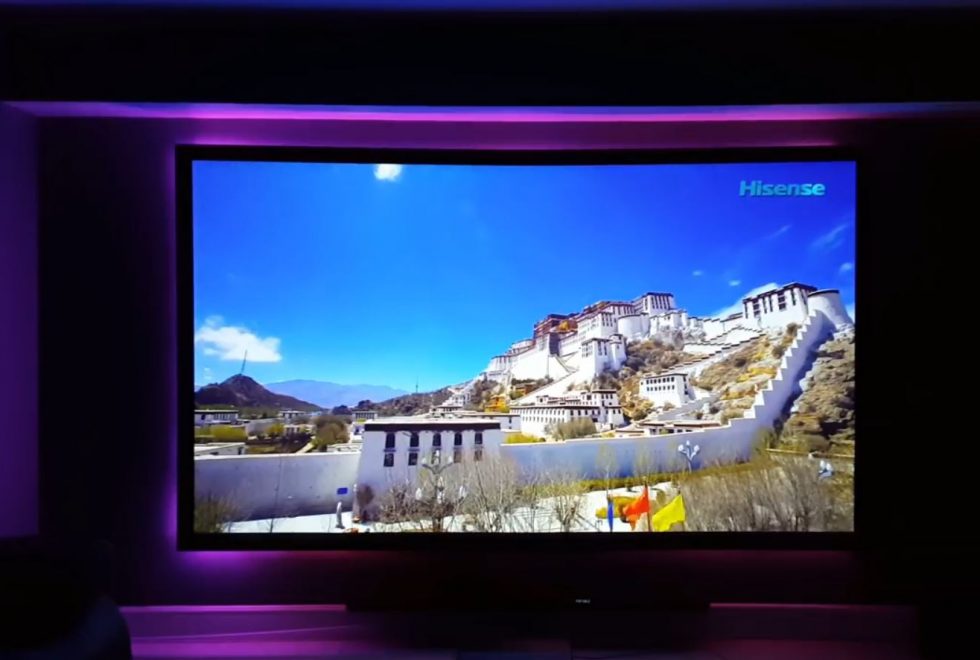 The ALPD 3.0 allows having an incredible projection even during daytime. Thanks to the 1688 ANSI lumens (7000 lumens), the picture can be clearly seen in daylight (up to 180 nits) and has a stupendous clearly at night. Along with the 3000:1 contrast ratio and 85% NTSC color overlay, you can witness more details in the dark as compared to Xiaomi Mi Laser Projector.

As far as the life span is concerned, Wemax promises 25,000 hours of the light source, 12,500 hrs of movie play time. If used for 2 continuous hours, the projector can run up to 34 years.

You can grab Mijia Laser Projector 4K if you want native 4K resolution.

Price & Availability of Wemax ONE PRO

If interested, you can grab the Wemax ONE PRO Projector exclusively on Gearbest and Banggood for $1899 and $1857. At the moment, there are two coupons which can be applied for further discount: