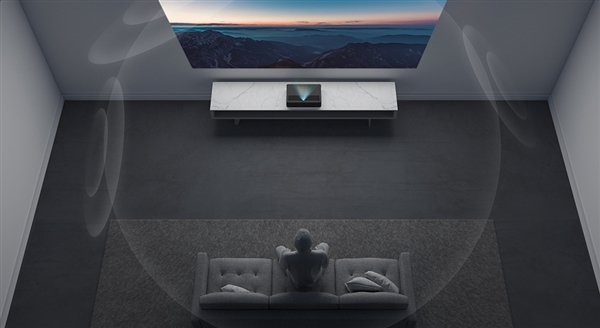 After a lot of waiting, Xiaomi officially announced that the Xiaomi Mijia Laser Projector 4K Version was officially launched today, January 18 at 10:00 am. The initial price was 9999 yuan (around $1475). 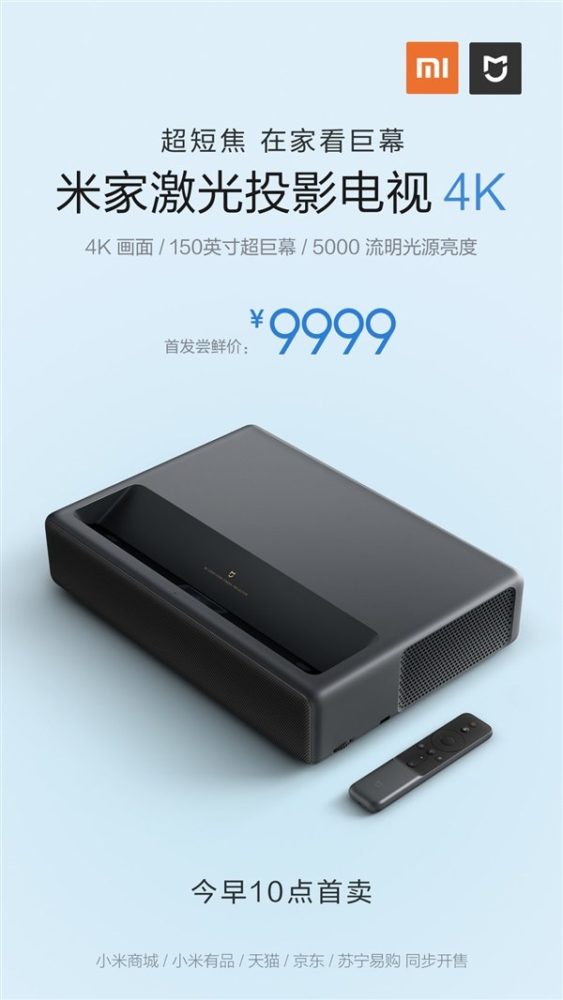 The resolution of the new Xiaomi Mijia Laser Projector has reached the 4K level (3840 x 2160), and the contrast ratio is 3000:1. The HDR10 decoding is also added, which is better for displaying high dynamic range images. With the new ALPD3.0 laser fluorescence screen technology from Guangfeng Optoelectronics Technology Co., Ltd., the proportion of red light is as high as 16-18%, thanks to it, the color is more abundant and is in line with the Rec.709 standard of the International Union of Telecommunications.

The Xiaomi Mijia Laser Projector 4K Version uses an ultra-short focus lens design with a large depth of field of 0.233:1. It can project a screen up to 100 inches being only 24 cm from the wall, but the maximum size that it can project is a 150-inch super screen. Xiaomi has redefined the concept of home theater!

But this is not all, it is also equipped with a custom-made hi-fi audio system. The combination of double dual frequency and high frequency offers a wider stereo sound quality. And the exclusive loudspeaker tube design offers a clearer sound. Plus, the projector is also equipped with powerful surround sound and Dolby virtual technology, so you will be completely immersed in three-dimensional sound. 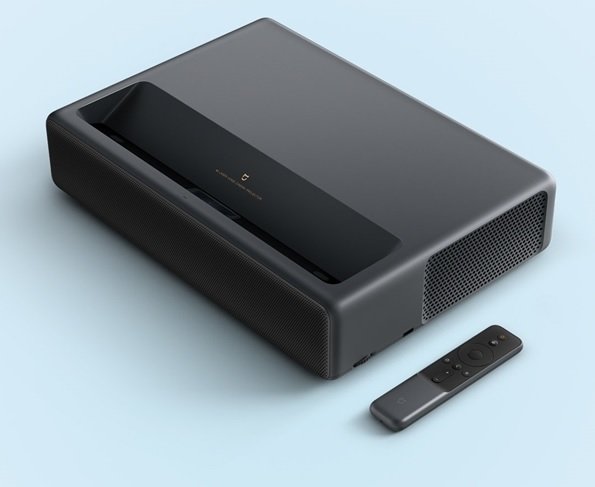 In addition, the Xiaomi Mijia Laser Projector is compatible with AI voice control. It is only necessary to press and hold the voice button on the remote control and talk. You can also use the “little love mates” for voice control, and it uses the same MIUI TV system as the Xiaomi TVs, which includes the company’s massive video resources. Finally, PatchWall can recommend personalized content according to your viewing routine. 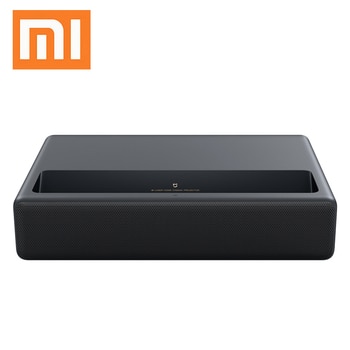